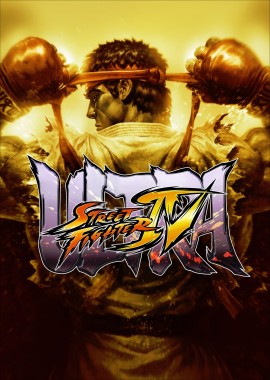 Overview
Street Fighter V is a little ways off right now and before the release of Ultra Street Fighter IV, gamers had to keep their older consoles hooked up to get their fix (unless they had a PC of course). Capcom is still Capcom however, and love to ensure their most valuable titles stay relevant for as long as possible – which is exactly why we now have Ultra Street Fighter IV out on the Playstation 4. This re-release acts as a reminder of what we should expect in terms of quality, as the fourth edition of this franchise has lived for over seven years and is still ready to show off with a lower price-tag on a brand new platform. Do the extra features and full package prove to be enough? Let’s find out as we peel away some layers from Ultra Street Fighter IV. 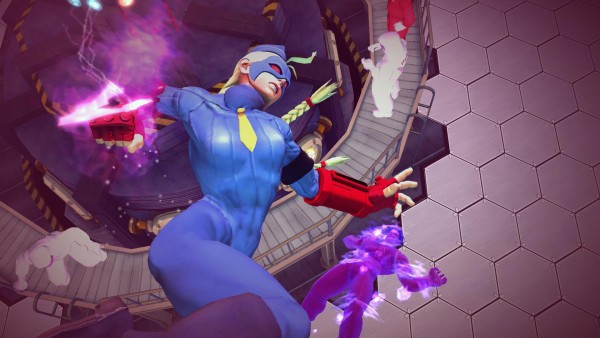 Gameplay
Being honest, its hard to review a title that has been reviewed so many times. You guys know about the story, you know about the gameplay, so the only things left to talk about are age and relevancy – as well as the features that are new. Well, thankfully, Street Fighter IV has aged well and still is as fluid as ever in this release. When Capcom first posted this to the Playstation Network, there were a few flaws but as of this review – the company has proved to be on top of it completely and I have currently had no problems whatsoever since the last update with graphical bugs or any gameplay intrusions. That being said, I am not a hardcore, tournament player, so my own preferences are sure to be different than others who may notice every little detail within this remake. 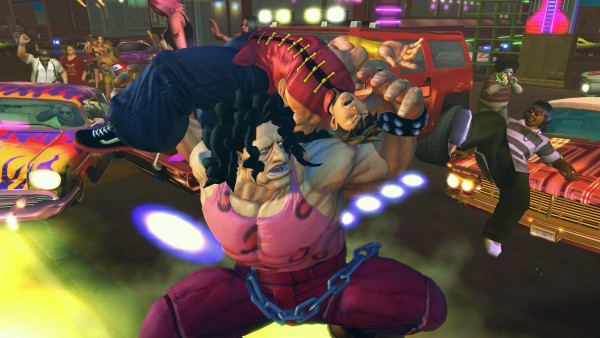 If you have played Ultra Street Fighter IV, you were already accustomed to the additions that greeted us during the previous generation. Super Street Fighter IV: Arcade Edition was my last crack at the namesake, so I was very pleased to get to dabble with all this upgrade had to offer. Starting off, five new characters have been added in since the last iteration, with Decapre (one of M. Bison’s dolls modeled after Cammy) leading the pack. The other four come from Street Fighter X Tekken – bringing Poison, Hugo, Elena, and Rolento to the battle. Their inclusions fit in just fine to the jam-packed roster, which is actually even larger than it appears as you can choose from any iteration of a character when fighting an opponent outside of the Arcade mode. For instance, if you want to compare balance tweaks between Chun-Li from Street Fighter IV vanilla and the Arcade, the game is more than happy to let you do so as every version has been included in terms of characters. You can also utilize every costume every added to date (which is a ton, by the way), slapping on Ultra costumes onto previous versions of specific characters. There is a lot of customization in that aspect, providing the fans with nearly everything they could possibly ask for. 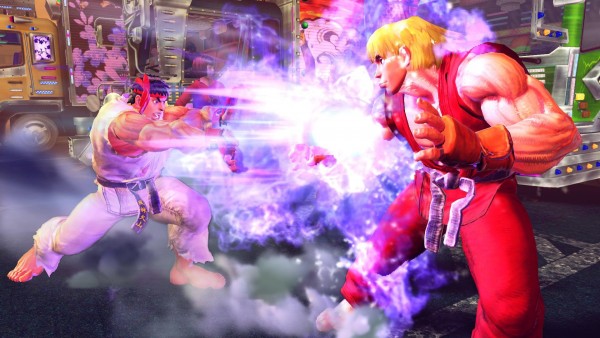 If I had any complaint, it would be that the menus are massively dated. I know, this is a port of a game that came out last year for older consoles – but why not update it a bit for convenience to the player. It is really frustrating that the touchpad was not put to use more here, as pressing down on that big button would have been a great way to just pull up Ultra and Super combos for quick reference. The netcode for online play is fine for the most part, and the game is organized on this front as players can easily upload clips into their own specific sections based on the characters that are participating to watch later. That said, while actually playing there has been a bit of lag on several occasions during the matches I partook in. Again, this isn’t a deal breaker and will probably be ironed out later on, but when your game focuses on timed inputs, a tight connection is everything. 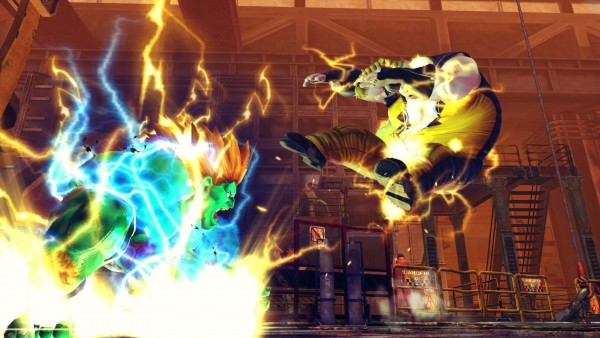 Visuals
I suppose as with every remake on the newer systems, visuals would be everything. Ultra Street Fighter IV is a beauty in terms of visuals, running animations at sixty frames per second in 1080p without any hiccups whatsoever. The upgrade is noticeable due to a newfound crispness that each character model has, making the already bright and bold colors pop just a bit more for some nice eye candy. Outside of that, the game doesn’t really look too different – to be honest. Street Fighter IV chose an art style from the start that could stand the test of time so even if the models were still from the original version, it would probably still look just as good – so it really is hard to do comparisons. For twenty five bucks you are getting a port with a bit more fluidity – and not much more. The massive amount of content makes up for anything else that a consumer would feel entitled to. 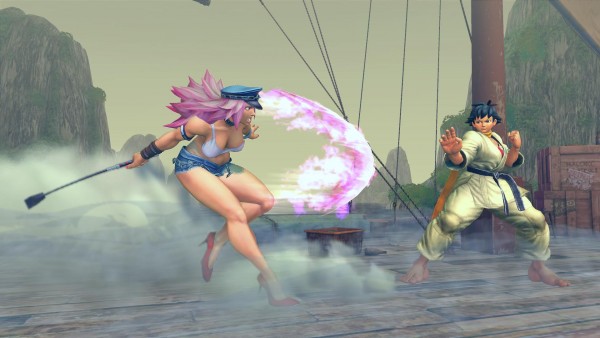 Audio
The music and general audio also sounds spectacular. Again, you know this if you have played any version of Street Fighter IV. The soundtrack has a weird way of placing a smile on my face as soon as I hear it though, as this title was truly one of the most decorated from the prior gen, and certainly keeps its legacy moving forward by taking no shortcuts in terms of how it maintains its strong theme music and sound effects that capture every single character’s larger than life personality.

Overall
Ultra Street Fighter IV by all means didn’t need to happen. We have enough Street Fighter from last generation to last us a lifetime, yet Capcom slapped this port onto the Playstation 4 so old and new fans can continue its legacy. Sometimes I am against remakes, but anyone denying this title’s entry into the next generation would be doing a huge disservice to an installment that has become nothing short of legendary. For the low price-tag, you truly can not ask for anything more with Ultra, and with the continuous updates and patches, Ultra Street Fighter IV is poised to take back its lead in the genre yet again and show the industry how high it set the bar.