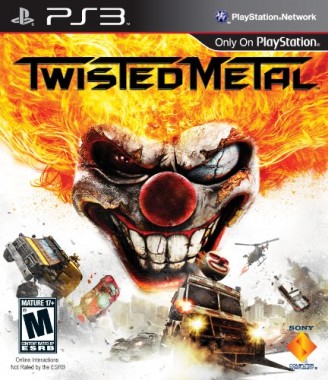 Overview
If you remember a particular game known as Twisted Metal, they you would remember all of the carnage the vehicle combat game brought to the Playstation all those years ago. I remember using machine guns and missiles to blow up the competition, which included several human competitors. With the series starting out on Playstation and moving into the Playstation 2, it is no surprise that Sony Computer Entertainment decided to move forward with a Playstation 3 version. It did remind me of the earlier games, but can the series be reintroduced to a new generation of consoles? 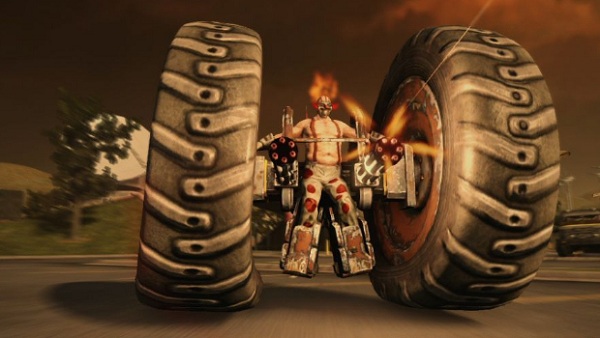 Story
Within the pure metal carnage of vehicles, a story is waiting to be told. It follows three characters: Sweet Tooth, Mr. Grimm, and Doll Face, which is different to the previous games. They are all participating in the Twisted Metal tournament, created by a crazed lunatic by the name of Calypso. This tournament was help quite frequently, every year in fact. The winner is offered a prize: they will get whatever their heart desires. Sweet Tooth wants to find his daughter who took out his eye after witnessing her family’s murder at the hand of her father. Mr Grimm wants to undo the past and prevent the death of his father by a stunt gone wrong. Doll Face wants her mask to be removed and become the beauty she was before, as she had a career in modelling.

The story itself could have been told a little better. I felt that the live action cut scenes went for far too long and felt they really didn’t add much except for exposition just the move the plot forward. However, the endings to all three arcs are fantastic. They take a different direction that I didn’t believe the game would. I will not spoil it but it does not disappoint. What does disappoint a little are the main characters. They seem too one dimensional and all the same. They are all brutal, violent maniacs who want to claim the same prize, albeit use it to reverse different situations. Of course, little differences do exist, but they do not present unique personalities. 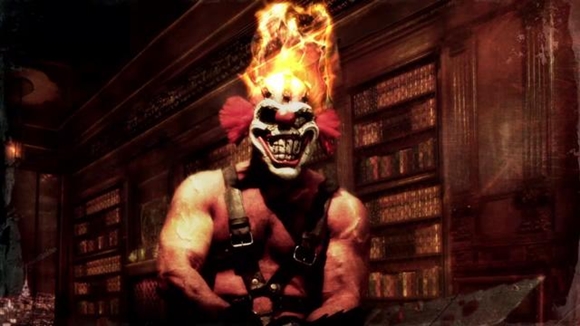 Gameplay
Twisted Metal does not change the classic car combat formula that it is famous for. It also adds a few new quirks into the game. Of course, the focus is to blow up most of your opponents in any battle you play in. Players will have access to a wide variety of vehicles to choose from, but not in the beginning. While most vehicles will be available at the start of the game, a few others are not available for use straight away, such as Axel, the vehicle with two big wheels in between the driver. Each vehicle has their own statistics, which include the vehicles attack and defensive efficiently, so make sure you take the right vehicle for the right situation. For added fun, each car can sport a customised look, which was quite fun. It’s nice to see what the player’s own ice cream truck or Reaper.

The weapon system in the game is not complex at all. At the start of each battle, each vehicle will have a few weapons to choose in addition to their side arm and mines, which will be the player’s only weapons with unlimited ammunition. Weapons included in the game include an assortment of missiles, land mines, a sniper rifle, a shotgun just to name a few. Of course, each vehicle will have their own special weapon. That special weapon recharges after it is depleted and offers an alternative attack. Using Sweet Tooth’s ice cream truck as an example, its special attack is the mecha transformation seen in Twisted Metal Black (which is offered as a download for buyers of Twisted Metal Limited Edition). Realising how frantic combat can be, weapon usage must be tactical in order to survive. 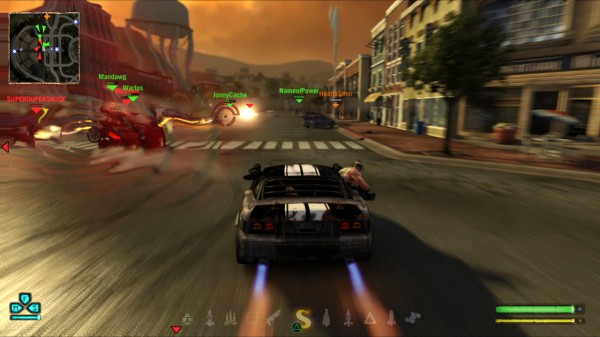 There are a few game modes outside of the story mode. For the single player, challenges and a training mode is offered. Yeah, there is no real offline single player free for all available, which is a shame to say the least. However, the challenges should keep you busy. That being said, the strength of competition lies with the multiplayer components. The modes found in the single player story are found in multiplayer in addition to Deathmatch and Nuke Mode. Nuke Mode is the standout of the multiplayer experience. The attacking team has to destroy a statue held by the opposite team. In order to do that, they have to use nuclear missiles. To have access to the missiles, the team has to sacrifice the opposing leader. Even when the attacking team has a missile, it can still be shot down, adding to the fun of the match. The online and offline multiplayer modes are fun overall and, despite a few network annoyances, a smooth, almost lag free experience. A word of warning, the game does contain the PSN Pass.

Overall, the gameplay of Twisted Metal is pure vehicle carnage, entering a generation that needed its fix. The weapons and vehicle selection is fantastic with the addition of customisation via a paint shop. New weapons collaborate with the old to provide players with new strategies to destroy their opponents and to provide a challenge. There are a few downers, though. In the story mode, expect to be the target of every vehicle in the battlefield. Also, adding racing elements to the game felt out of place. The auto targeting system could have been a little better. Overall, the core gameplay mechanics are fantastic and work very well. It might take some time to get used to the controls, though. 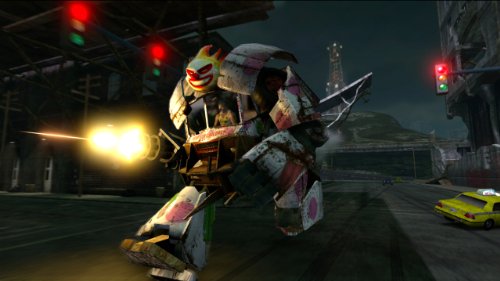 Visuals and Audio
The visuals of the game are quite good. For the vehicles, each vehicle has its own personality and look (partly due to the different types of vehicles and their stats). The models are not jaded. In fact, they are quite smooth, with no noticeable blurry edging. They are quite clean as well. The environments look great. One of my favourite battlefields has to be the Black Rock Stadium. It is filled with various obstacles, such as gigantic metal spiky balls and pools of lava. It is a playground for the insane, where the characters fit in quite nicely. Speaking of the characters, during story mode, several cutscenes are shot in live action. I don’t think that the game should have taken that direction, mostly because it looks quite B-grade quality. They do offer information important in the story, I must admit.

The audio of the game will rattle even the craziest revheads out there. Each vehicle has their own sound and it is quite beautiful. Explosions, environment damage all add to the carnage that is Twisted Metal. The voice acting is quite decent, nothing really special in this department. The soundtrack is pure rock, save for the ending theme, sung by someone who goes by the name of HipHopGamer. Artists such as Iggy Pop and Wolfmother are licensed and provide an great soundtrack, fitting for the game.

Overall
Twisted Metal is back and brings in a great game to boot. The core gameplay challenges both newcomers and veterans alike with strategy required to overcome the battle. A great selection of vehicles, customisable in the paint shop, backs up the game. As always, Twisted Metal is supported by great multiplayer gameplay, headlined by the new and fantastic Nuke Mode. However, do expect to get used to the controls, the occasional network annoyance and a story that feels lacklustre compared to the game. With that in mind, I do suggest you pick up this game if all you want is some vehicle carnage back into your gaming life.