Twin Moons is a hidden object adventure game, where players take on the role of a researcher with amnesia as he tries to uncover the mysteries of his past at the Twin Moons Institute. Through his/your journey you’ll learn the secrets of immortality, the “Half World” and other creepy stuff. Twin Moons is one of those games that some will love and others will hate depending on personal taste as it’s pros and cons of gameplay can be seen throughout it’s entire genre. All in all if you like hidden object or point and click titles, Twin Moons may be right up your ally but if not and you’re looking for something casual or a little more action packed like perhaps you should move on as this has no intentions of catering to you. 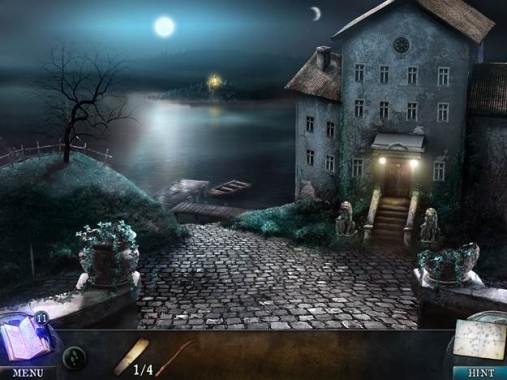 Twin Moons puts you in the shoes of….well some researcher guy who’s got amnesia. You get yourself in a bunch of mischief sneaking around the Twin Moons Institute trying to uncover your past. Basically gameplay works like this – you tap to walk to things, open things and collect things, as well as tapping on the things you collected to use on or open other things to uncover new things you can walk to. Oh yeah and there’s cut scenes stringing it all together. The concept sounds like simple stuff but it’s actually pretty difficult. But this isn’t because the game requires a lot of skill, it’s because it requires an incredible imagination to think of stuff you normally wouldn’t think of. I’ll give you an example – in the beginning you need to open the gate of the institue which is locked, so you’re expected to figure out that you must strip your car for parts and use those parts to fix the gate. In real life that’d seem ridiculous but that’s what Twin Moons is all about. You need to open your mind and think of how to problem solve using solutions that are normally impossible. In the game’s defence, it’s a trope of the genre and not it’s fault…even if it does seem frustratingly silly. Puzzles are also seen throughout that while having little variety to mix up the gameplay. Some of them are pretty good, but generally they are mostly forgettable. 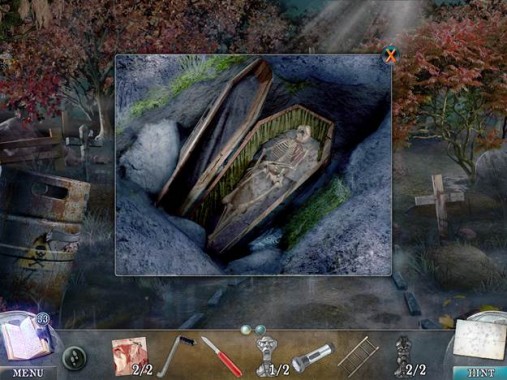 Possibly the biggest plus side to the game is how forgiving it is. Twin Moons fully understands that it asks a lot of the player so it has a hint system that will point you in the right direction. If that isn’t enough it’ll even tell you what to do in order to advance. To discourage players from abusing this, every time you use it you must wait abut 60 seconds or so before you can use it again. Furthermore, minigames can also be skipped as well. The plus side of all this is that the frustrating element of the game is now gone – you can cruise through it all and enjoy the story without the stress. Sure all challenge is taken away and it kind of breaks the game, but that’s ultimately the player’s choice of how their experience will be – challenging or cheap.

The presentation of Twin Moons get’s the job done, even if it is a bit of a mixed bag. Scenery is detailed and done well, with just enough animation thrown in from making it seem to static. Character models are in 3D and are less impressive but they get the job done. The animation on the other hand seems a tad choppy, with sudden cuts between various animations. As for audio, music provides a suitable creepy atmosphere that captures the mood of the game appropriately. Voice acting is ok, but lip syncing is terrible with a capital T. But hey, it’s better than no voice acting I guess! 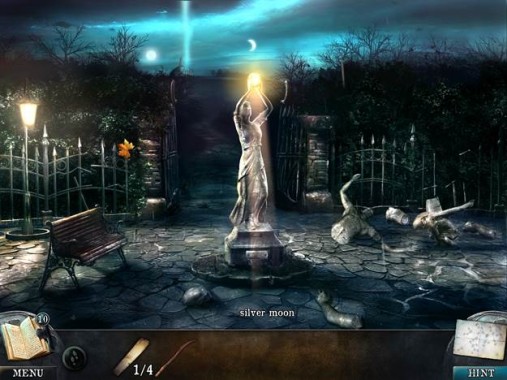 Twin Moons is a mixed bag of everything. The core gameplay is challenging in both good and bad ways and the hint system is far from flawless. The story is mediocre and while the 2D graphics are lovely the 3D animations are a bit off. It’s a game that requires a lot of patentice and will definitely make you scratch your head and if that’s what you’re into you’re definitely going to love it as it’s totally aimed at you. While it may seem simple, this is far from a casual game. It’s for those crazy hardcore fans of uncovering a mystery because you’re seriously going to need to bring out the magnifying glass for uncovering both these hidden items and the Twin Moons Institute’s hidden mysteries. It’s for a totally niche market and while it’s not flawless what it aims to do it does well.