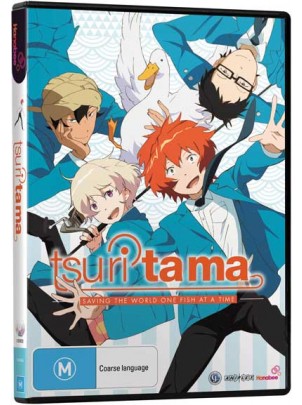 Overview
On the surface, Tsuritama is an anime about fishing. But if you dive a little deeper you’ll see that what lies beneath is so much more. Tsuritama is a special kind of anime series, one that doesn’t come by all too often. With Kenji Nakamura, whose resume is becoming more and more impressive with each work, directing the series, you can expect something unique and that is what you get with Tsuritama. It is a rare kind of fish in the anime ocean and one that will pull you in hook, line and sinker. 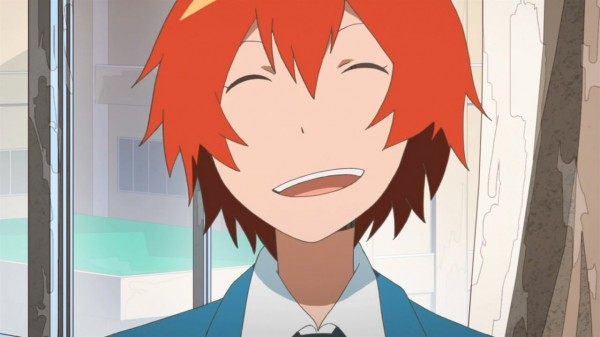 Story
To say that Tsuritama’s premise is something different from the norm would be a major understatement. The series revolves around fishing, aliens, secret government organisations and even a bit of mind control to spice things up. It is a bizarre mix to say the very least, but it is through sheer sincerity that Tsuritama makes it all work.

With a concept as left field as that of Tsuritama there needs to be a sense of genuine commitment to the insanity that encompasses it. That is what we have here with Tsuritama, a series that commits completely to itself no matter how utterly mad things may be and balances it all out with humanity beneath all of its crazy.

We all feel lost at times and such is the case with our protagonist Yuki. He is a troubled teen with crippling anxiety and serious trouble making friends. Having moved home so much in his life, he never ha a chance to make friends or find a place to call home. All that changes when he moves to Enoshima.

Soon enough Yuki finds himself swept up in a wild tale of destiny that is literally out of this world. It all begins with finding a passion. He finds fishing and the discovery almost gives him a sense of enlightenment. He has found a passion and with that passion comes friends and for the first time in his memory a place to call home. 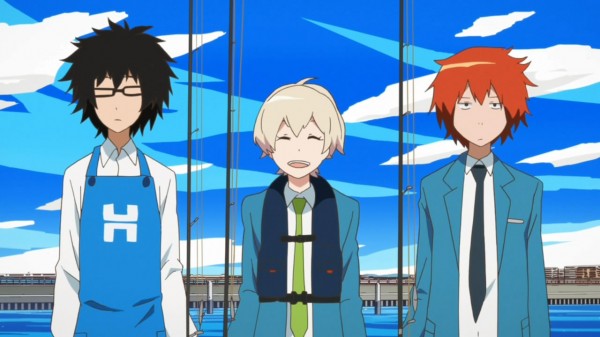 It is a classic tale no doubt, but it’s more ludicrous elements and subtle story-telling nuance make it for something truly special. It all concludes in spectacular fashion albeit bittersweet. For a series that runs on such unbridled passion and joy, it only makes sense for Tsuritama to end on a positive. No matter what happens in life or the distance that would grow between us, it is the things that tie us together that matters and for these four boys that thing is their love of fishing.

Tsuritama is a series that has it all. It’s got a colourful cast of characters, intriguing plot, humour, emotion, passion, pain and most of all fun. If there is any testament to what makes Tsuritama so good, it is just how wildly fun it is. Whether it is making you laugh or bringing a tear to your eye, Tsuritama will keep you smiling from start to finish. 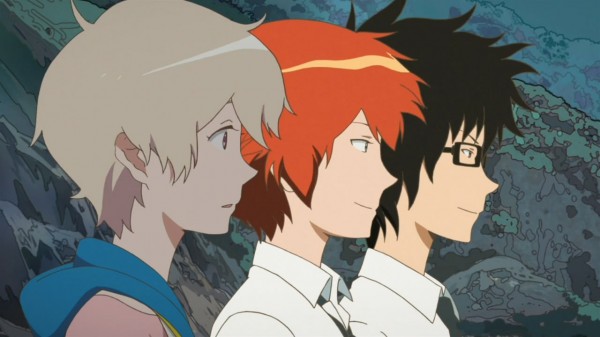 Visuals and Audio
As far as aesthetics go, you’d be hard pressed to find something as impressive as Tsuritama. At times it has the feel of a picture book come to life, bursting with colour and emotion in every frame. This is without a doubt A-1 Pictures best animation work to date, the series is superbly detailed and rich with life.

The character designs on show are distinct and visually memorable in every sense. Each character’s personality is evident at a glance, the design work is simply remarkable and captures each perfectly. 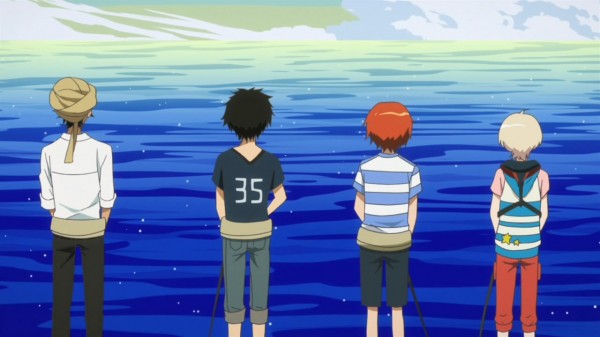 Tsuritama also happens to feature one of the most amazing soundtracks featured in an anime for quite some time. It is every bit as brilliant as the critically acclaimed Yoko Kanno composition for Kids on the Slope, but in a completely different way. Tsuritama’s soundtrack complements the action on screen beautifully, adding energy and intensity in ways that are entirely organic to the series. The opening and ending theme songs are equally as impressive, with both embedding themselves well into your brain for days to come with their catchy hooks and uplifting nature.

This particular release of Tsuritama happens to feature both an English language dub and the original Japanese audio track. The English dub is great, with stand out performances by Clint Bickham as Haru and Adam Gibbs as Yuki. Both audio tracks are of high quality and it is a great watch in both languages. 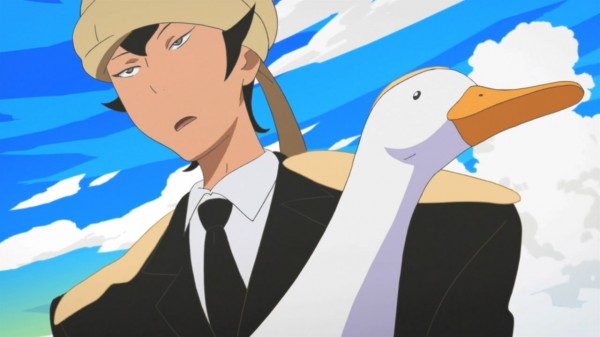 Extras
Hanabee have done a solid job with this release of Tsuritama, not only does the release feature an English dub, but it also comes bundled with a fair amount of on disc bonus content that is worth a gander after you finish viewing the series itself. On disc are five trailers for other Hanabee titles like Anohana and Hakuoki. Also included is the always welcome textless opening and ending songs. It isn’t a release that goes all out, but it is one that gives enough bang for your buck to make it more than worth the asking price. 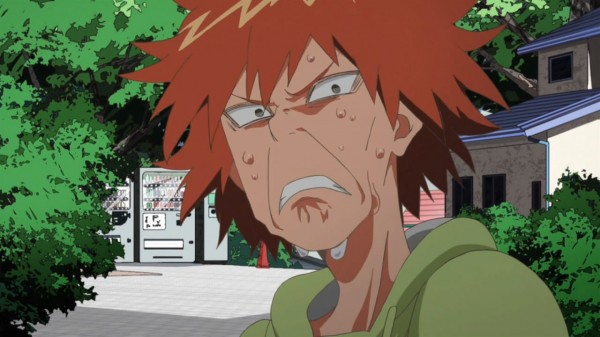 Overall
It is hard not to be swept up by an anime like Tsuritama, it is just too much fun. So much fun in fact it will likely have you shouting ‘Enoshima Bowl’ along with these four fishing fanatics.

Despite all of the alien antics and out of this world situations these characters find themselves in, at its core Tsuritama is a show about human emotion. We all want to belong in one way or another and it embodies that longing with a fishing rod in hand and heart on the line.

It may be weird, it may be wild, but without a doubt Tsuritama is something special. This is one fishing trip you’re going to want to take. Tsuritama is brilliant anime through and through. So what are you waiting for? Go and get yourself hooked on Tsuritama.