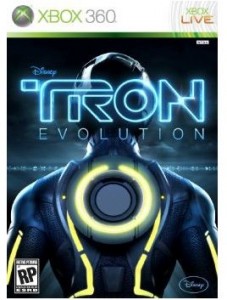 Movie tie-in games have a horrible track record, and in the past there has been some truthfully terrible ones, so you would be forgiven for thinking TRON: Evolution went down a similar route. A videogame based on a film that is based on a videogame? Not only does it sound ridiculous, but it also doesn’t sound like the makings of a good game, either. Well, if you thought this, you’d be wrong because, as movie tie-ins go, TRON: Evolution is actually surprisingly good. 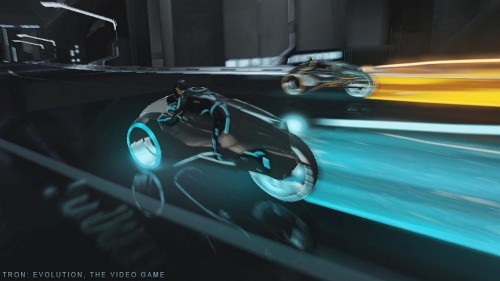 Technically, it is not a straight tie-in of TRON: Legacy which recently hit the big screen, otherwise, as you can imagine, it would probably be called TRON: Legacy. In actual fact, TRON: Evolution fits in between the older film and the latest addition as a sort of prequel to the new movie, and the story aims to bridge the gap between old and new, helping players to fill in the blanks between the original film and TRON: Legacy.

Events of TRON: Evolution help to explain how things got the way they did after the original which then, in turn, lead on to the happenings of TRON: Legacy. It is hardly essential to play through TRON: Evolution before seeing the cinema release, although it does cover some points that would’ve previously been left down to assumption such as how the creator of the Game Grid came to be imprisoned and how the Grid came to be overrun by the corruptions of the programs, the ISOs. 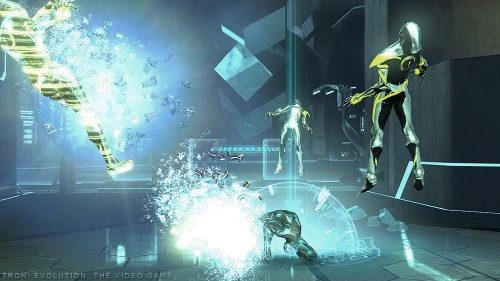 The storyline of TRON: Evolution is fairly average. While it doesn’t live up to the high-standards set by some of the pieces of story-telling witnessed on our consoles, the story isn’t bad, with a somewhat gripping tale. It is mainly conveyed through cut scenes which is kind of where the story galls down, as it has your interest in the clips, but when these are followed by extended sections of gameplay with no progress on the story, it can feel a bit patchy and, in general, you lose interesty in the plot when it isn’t added to during the gameplay. 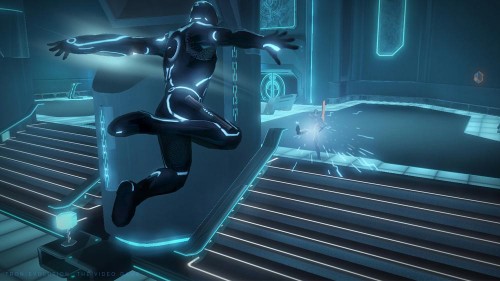 The gameplay is very good, one of the game’s strengths, and can only be described as like a futuristic Prince of Persia. You play as an anonymous program under the name ‘Program’, who is basically a super soldier and as this program, your job is to act as a guardian to the people of the Game Grid. The platforming is of high quality with all kinds of free running manoeuvres like wall running and vaulting barriers chained together in fluid motion. The controls are clearly explained in the initial tutorial which allows you to get used to these acrobatics, and throughout the entire game you are offered guidance via dots on the walls hinting at what you need to do to move on to the next stage. In some ways, this feels like an extension of the tutorial, but in reality, it is a helpful feature added for the benefit of the player at little cost to the gameplay; it is preferable knowing where to go thanks to a little guidance rather than being lost without a clue what to do next in order to progress.

The single-player story is made up of seven chapters with, as per usual, a varied range of difficulties to suit everyone’s needs. While some would say that it is slightly too short, I think it is actually the perfect length as it is short enough that a second or third play through isn’t out of the question. There are also collectables in the form of TRON Files and Abraxas Shards, adding a bit of extra depth to the game. TRON Files are scattered around throughout the levels whereas Abraxas Shards appear once every chapter, and, of course, these come with the normal achievement point incentives, but more importantly are a nice touch that gives something extra to do during the story. 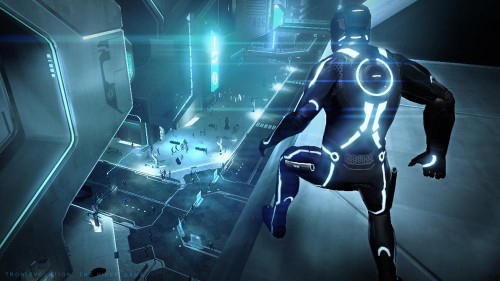 On top of the story there is also an online multiplayer mode for up to 10 players to play simultaneously. This features TRON versions of all the classic competitive online modes, such as Disintegration (Free-for-all Deathmatch) or Team Disintegration (Team Deathmatch). All the game types seem to lack the competitive edge of other games and the multiplayer options seem like a tagged on bonus instead of feeling like a fully-fledged game mode. The lobbies feel cheap and like they haven’t been worked on very much as evident by the limited powers of the host when setting up the game. Furthermore, the level structure during each match thought through, meaning multiplayer matches quickly derive into meagre affairs of most players racing around aimlessly on their light cycles. However, there is at least one decent implementation regarding the multiplayer mode, in that all your RPG-style progressive stats are carried between the two modes. This means you can level up to higher versions and upgrade yourself with all the best enhancements while you play in the Game Grid in multiplayer, which can then be used to help you when fighting the enemies of single-player.

Overall, TRON: Evolution is surprisingly good, and as movie tie-ins go, it is a fairly solid title. The single-player story is good while is lasts, and short enough for a repeated play through to be a possibility. There is some great, fluid platforming on display up in the leagues of Prince of Persia-standards and vehicular sections are enjoyable enough in the small increments the game offers them in. It suffers from a few common problems that always seem to affect movie tie-in games, namely a few in-game camera issues, but problems such as these are small and insignificant. Your stats are carried between single-player and multiplayer meaning you can earn towards upgrades in one mode to help you in the other – a nice touch by the developers. It is just a shame that the multiplayer mode feels like an extra instead of its own standalone mode.