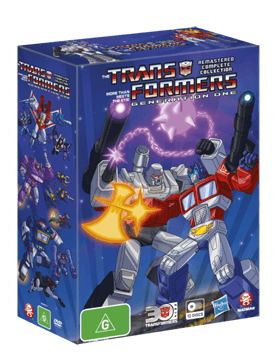 Transformers has a long and storied history, and for more people that history begins with the G1 animated series. Debuting in the 80s, it was a smash hit and definitely spawned the phenomenon that is Transformers. Many years have past since Optimus Prime and the Autobots first left Cybertron and entered out hearts, and many DVD collections have come and gone through that time. However, to celebrate 30 years since the series first hit the screens, MADMAN have released Transformers G1 Remastered Complete Collection, which packages together their four individual series box sets into one nice collectors edition. Now fans young and old can relive the tale of the Autobots and the Decepticons, and while it may not live up to the hype for newer fans, those who grew up with the story will feel right at home here, and will be able to appreciate the work that has gone into the remaster. 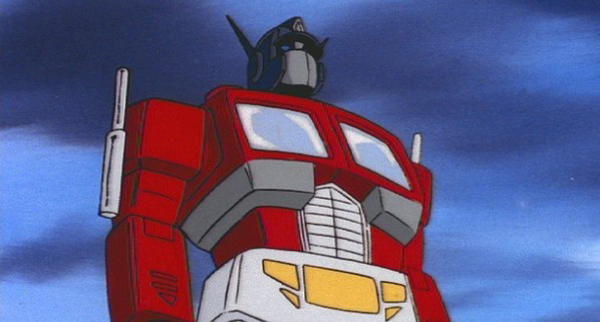 The box set contains the entire Transformers G1 storyline (except the movies). Every episode is presented in the order that you were meant to watch it, which means fans can relax and watch the series from beginning to end, starting with the three-part opener ‘More than Meets the Eye,’ and ending with the thrilling conclusion ‘The Rebirth’

The story for Transformers G1 is over 35 hours long, so recapping it all would be a total nightmare. However, it is a worthwhile watch, and fans everywhere can find a lot of enjoyment out of the series. There is a surprising amount of emotional depth to these episodes, especially those found in seasons 3 and 4. Without spoiling too much, Optimus’ departure leaves an impact no matter how many times you have seen it, and the episodes that force both sides to band together are gripping to say the least.

It is hard to understate the power that nostalga has on a fan’s enjoyment of the series. That’s not to say it is vital, but the animation and storytelling aren’t up to par with today’s standards. Obviously it is easy to forgive a show that is 30 years old for being out-dated, but Transformers sometimes suffers from disjointed storytelling, including skipping over sections of plot or even sometimes having entire episodes appear out of sequence. This disjointedness can put off some viewers, especially if you didn’t grow up with that particular style of series. 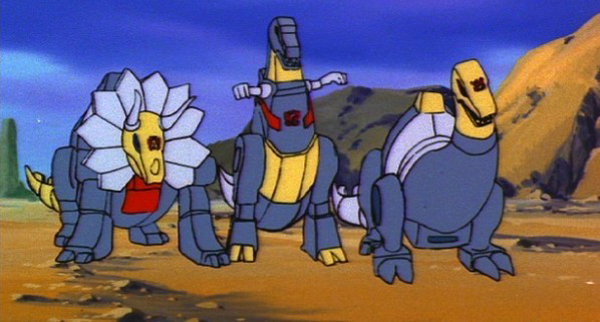 The visuals for Transformers are exactly how you remember then back in the day, but have undergone some slight tweaks and alterations to appear cleaner and more fluid. The show is still presented in 4:3 aspect ration, so they wont full up your entire screen, and are still presented in that old square format. In addition, remastered doesn’t mean redrawn or high definition, so if that is what you were expecting from this collection then you will be disappointed.

What has happened though is the frames have undergone a lot of cleaning and polish to get rid of blemishes and visual mistakes. This gives the show a much smoother presentation, and you aren’t distracted by off colours or damaged scenes as you watch. Comparing it to the older box-set collections really shows how much work and love has gone into restoring this timeless classic. 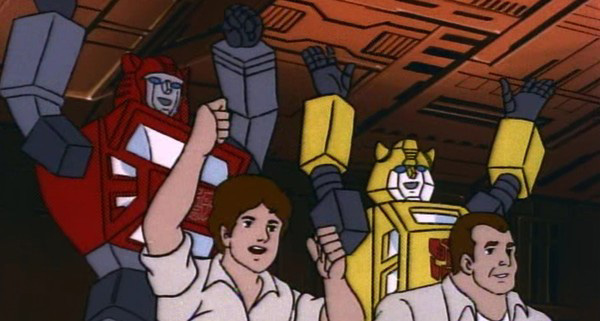 The voice cast for G1 defined the series, and introduced the world to Peter Cullen’s fantastic Optimus Prime portrayal (whom he still plays today, through the various live-action movies, video games, and even the Transformers: Prime animated series). The funny part about hearing voice actors like Peter Cullen from 30 years ago is realising that their voices have changed significantly, and the deep husky Optimus Prime that people know from the films, sounds a lot younger and a lot higher pitched here. It isn’t a pro or a con, but just something for fans to chuckle at.

As part of the remastering, some off audio cues and misplaced dialogue have been cleaned up too which is a nice addition.When comparing some episodes to older releases, you can really hear how far it has come. While the originals suffered from the occasional cracking and static, these are no where to be seen (heard?) here, which, much like the improvements to the visual side of things, really makes this version of Transformers G1 feel like the series it was always meant to be. 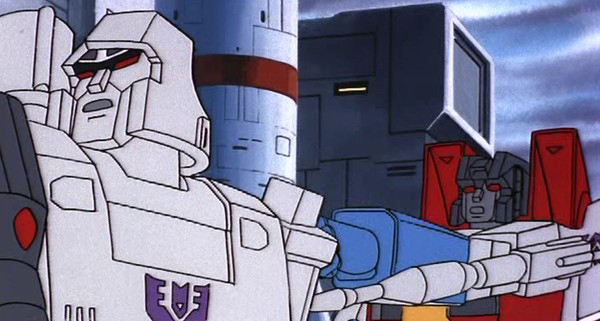 This is a 12 disc set spanning four seasons, as if that isn’t enough content as is! Well just in case 35 hours of Transformers isn’t enough for you, this edition is jam packed with a tonne of extra features and bonus content. Some of the features are really memorable, like the original cast reunion and the interviews with Transformers creators. There are also the standard-fare extra features like character design sheets (which are still pretty awesome to look at), old trailers, director’s commentary on select episodes, and previews for Transformers: Prime and Beast Wars.

Though through all the special features, one really stands out as my favourite – on the collection for Season 3 + 4, there are also the old Public Service Announcements that used to run during the series. These PSA’s were targeted at kids back in the day, and had the Transformers giving out important life lessons on safety, like always having reflectors on your bike if you are riding at night. They also all conclude with a phrase that has been parodied over and over again “And now you know… And knowing is half the battle.”

The box itself is also an extra for collectors, as it contains an awesome array of artwork featuring over 30 different Transformers. In addition, the artwork for the covers on the individual cases is incredibly well drawn. Taking the old G1 animation style, and making it look modern and HD. In a lot of ways the artwork on the box looks better than the show itself. 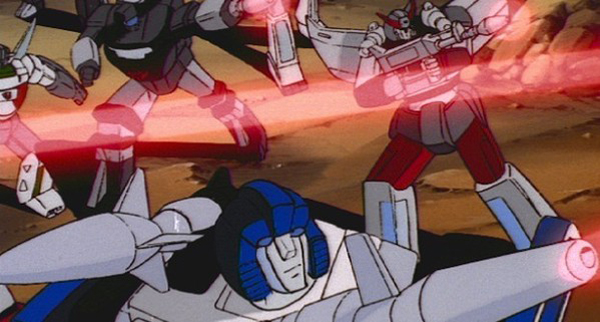 Visually and auditorily, this is Transformers G1 as it always should have been. The series that introduced the world to the Robots in Disguise, has been remastered, re-released and packaged nicely in a cool collectors box that you can proudly display on your shelf. If you are new to the series you may be put off by the disjointed storytelling and retro-style visuals, but you if you look past that you will see a great TV show that shouldn’t be missed. If you are a long-time fan of the series, you will find even more to love here, and it is definitely worth replacing that old DVD box set on your shelf with this remastered classic.