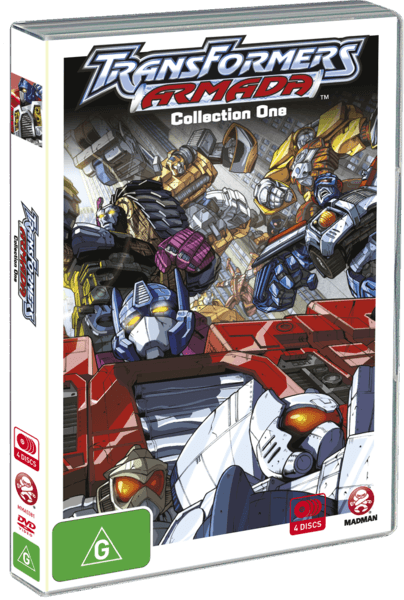 Overview
On a distant world, long in the past, a vicious war began. As two factions warred, their very planet became one grand battlefield. Trapped in ceaseless combat, the two sides briefly agreed on one thing: the removal of the Minicons from the combat equation. With these powerful weapons sent far away, the factions once again began fighting. Millions of years later, these weapons re-emerge on a little planet known as Earth, the universal magnet for trouble. When the war of titans extends to our world, it is up to three teenagers to aid the heroic Autobots in their victory. The first step, do not let the bad guys gain the ultimate power of the Minicons. Though that may be easier said than done… 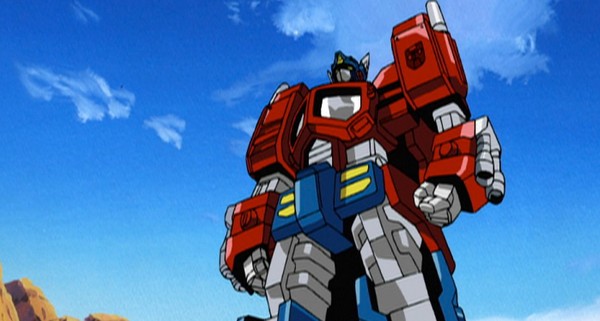 Freedom is the right of all averagely animated beings

Story
A long time ago, on a planet far, far away…
Two factions of a digital race vie for control of their planet in a brutal civil war. Amidst the chaos lies yet another faction who possess the ability to augment the strength of any warrior. A race known as the Minicons. Afters years of ceaseless fighting, a brief truce was called. It was agreed that no one side should gain the power of the Minicons and thus a giant ship was constructed and sent into the cosmos. Unfortunately, the ship crashed on a distant moon and its crew was scattered across Earth, locked in a deep slumber…

Jump ahead to the present…well 2002, the present of the past. Anyway, our current story begins like most tales of discovery: with two highschool students wandering through a cave. Naturally, our amateur explorers stumble upon something they shouldn’t and discover a lone Minicon. Called forth by the re-emergence of these long lost enhancers, both Decepticon and Autobot alike make the trip to Earth. Bringing their ancient war to a new world, three humans find themselves caught up in the strife, each netting their own Minicon in the process. Rad, Carlos and Alexis volunteer themselves as allies of the Autobots, seeking to aid them in their victory over evil.

The series essentially amounts to a number of fetch quests. Each episode, a new Minicon is detected and both sides mobilise in the hopes of binding it to their side. From the Amazon to the Arctic, these two factions warp around the world and fight over these poor little ‘bots. Though the Autobots wish to utilise their power willingly, the Decepticons prefer the path of slavery…because it’s more evil. Either way, every Transformer wishes for their own partner to ramp up their abilities, Starscream gets particularly moody when he is one of the last ones to acquire a Minicon. Even the humans end up with a Minicon ally, though they use them more for transport, on account of not being robots. Either way, gotta catch ’em all I guess.

Rad is surprisingly on the money with his initial guess regarding the Transformers struggle. Not only does he deduce that the Minicons possess the power to strengthen Transformers, but also that their revival drew the Transformers to their planet as warriors. That being said, this intermittent genre savvy generally surfaces when the series requires blunt exposition. He’ll occasionally event break into educational spiels, such as his rather in depth description about the importance of trees…though in all seriousness trees are important. Look it up. 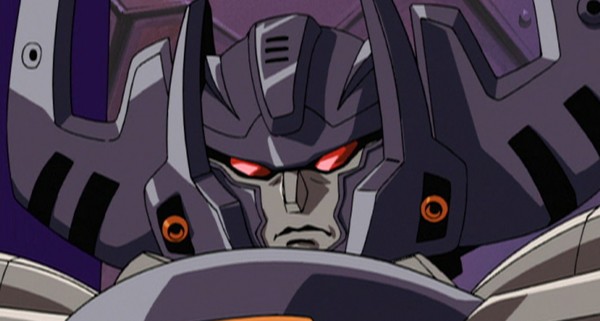 Just can’t wait to be Supreme Overlord of the Galaxy

Visuals
The visuals themselves are somewhat dated, the series is 11 years old after all. The characters movements as often clunky and slow, which is most obvious during the numerous combat scenes. Battles will often consist of a number of abrupt scene cuts, focusing on brief bursts of actions. Character will also rarely dodge anything, rather they stand  still and withstand a barrage of lasers…not the most tactical. The animation also has a degrading effect on the power of certain actions. Actions of the titanic Transformers will often feel like they lack impact, like there’s no weight behind them. Characters will also occasionally slide off screen, a lack of animation made obvious.

The entire “Minicon fusion power-up” thing is also handled rather…unexpectedly. Instead of shapeshifting and contributing to a new Transformer body, like when Optimus combines with his trailer, the Minicon just kinda…sits there. A car Minicon, for example, will just latch onto a Tranformers body, which allows the use of a gun or something. It’s a lot more passive than you would believe from a race of shapeshifting robots. When the Transformers themselves change, they often leap into action with a dramatic, but simple, background behind them.

You’ll also notice a few obviously destructible pieces of scenery, amidst the more detailed backgrounds. Generally when a piece of ground is three shades lighter and not shaded, chances are it is going to be hit by a laser blast…and explode. Also fairly common in the series are disco-level multi coloured lights. Whenever characters warp or access certain Cybertronian equipment, lights cycle between red, blue, green, purple…a whole bunch of colours that are meant to express crazy future technology. Funky. 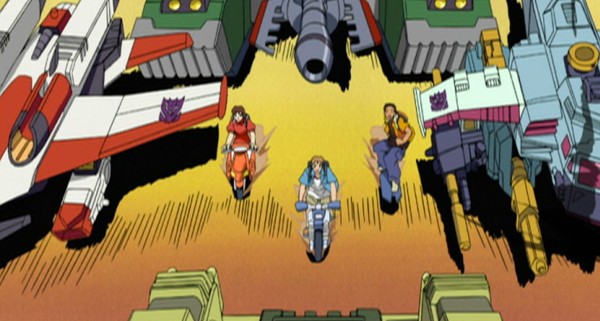 You came to the wrong neighbourhood

Audio
One of the first things you’ll notice is that classic Transformers tune, performed on a rockin’ electric guitar. The instrumental version is heard throughout the series as a way to define particularly awesome moments. There is also a fairly frequently played track that involves calm acoustic guitar and bongos, for those more laid back moments of robotic war.

The vocal performances in Armada are also actually pretty good. Optimus Prime and Megatron are voiced by Gary Chalk and David Kaye respectively, their go to voice actors when Cullen and Welker didn’t reprise their roles. Some Transformers also possess an oddly punctual manner of speaking, lending to their robotic nature despite their human sounding voices. Megatron himself sounds inherently more evil than any other Transformer, due to a menacing vocal filter. That being said, the leader of the Decepticon forces can be surprisingly eloquent, you know, for a tyrant. The Minicons on the other hand do not actually speak, instead communicating through a series of beeps. Luckily, other characters are always around to translate on their behalf.

In the vein of specific dialogue, expect to hear the phrases “Transform” along with “Transform and Combine”…like a lot. Every time a ‘bot transforms to be precise. The Decepticons are also quite commonly found screaming “Retreat!” Often at the first sign of danger…wimps. Overall, expect the Autobots to make grand speeches regarding honour and peace and the Decepticons to bicker like a bunch of children.

Extras
Collection One is pretty basic in regards to extras. Included amidst the standard trailers for other releases however, are trailers for the game currently taking the world by storm, the Transformers Armada game…from 2004. The release also includes a gallery for the numerous comic book covers of the Trnaformers Armada series. Plus, just in case you wanted a little more info, check out the character bios for Autobot and Decepticon alike, along with some dandy little pictures of them in toy form. 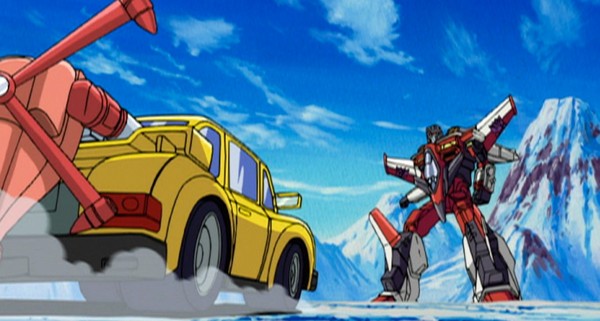 Overall
Transformers Armada is a series more in line with Generation 1 (review found here) than anything else. The series is also noticeably dated in its explanation of various events. Like how two annoying school bullies (the only other students actually shown apart from our heroic trio) see it as their duty to mess with our heroes, or how a squad of hyper advanced robots parading through a carnival fails to draw any attention to the whole “Cybertronian Galactic War” thing. Characters themselves also have a few annoying verbal ticks, like the consistent repetition of plot points. You know, so you know it’s important. The animation isn’t revolutionary and . Overall, there are a number of elements that limit the potential of the series. That being said, if you’re a fan of Transformers and the old G1 adventures, the nostalgia value should keep you entertained.