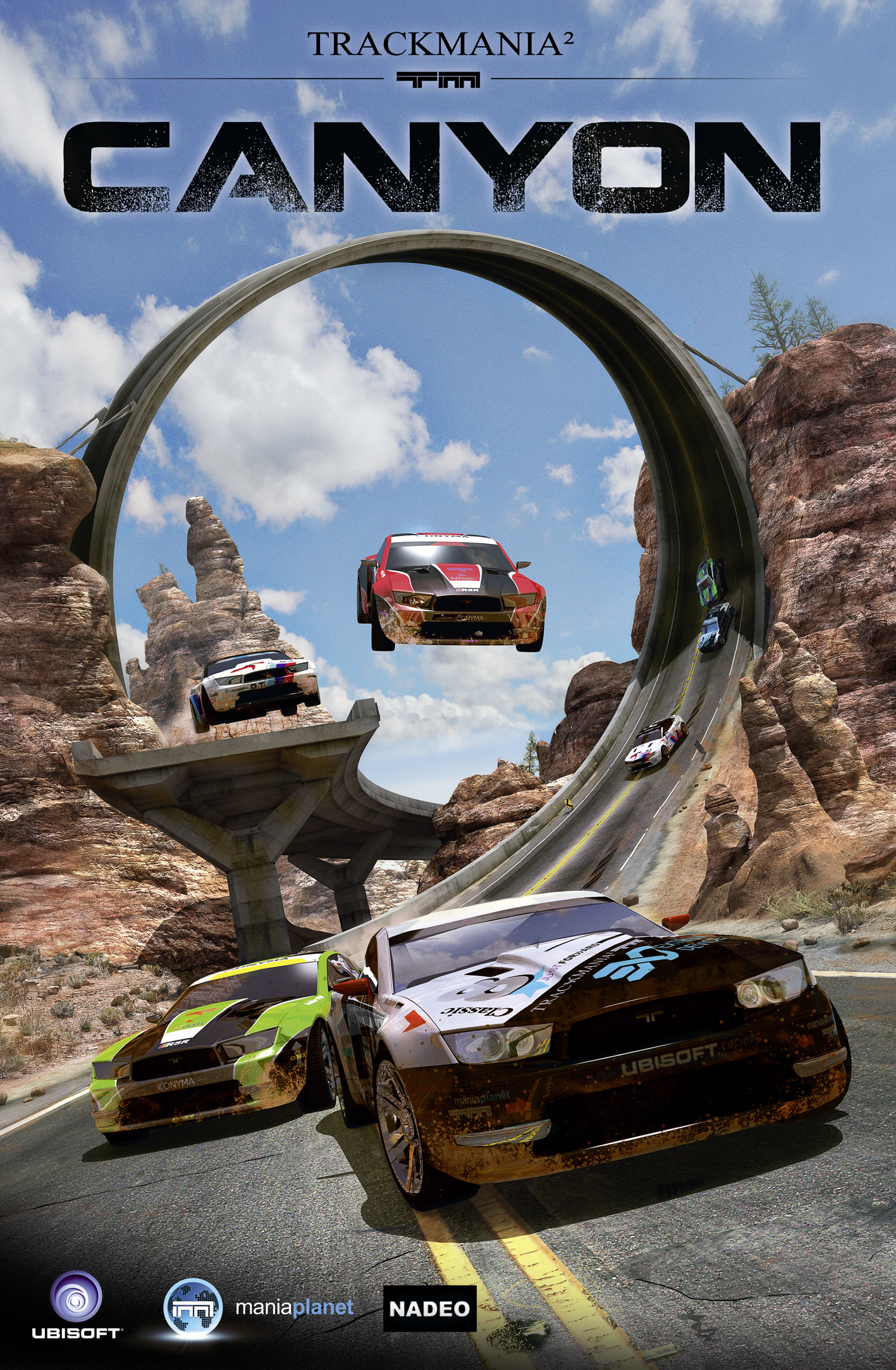 Somehow Trackmania has managed to hide from me. With the first game released in 2003 and a player base of over 9 million it is the most popular online racing game for PC. Yet somehow, the first thing I ever knew of it was through writing up a random little news article about Trackmania 2 Canyon’s release date, ‘What on earth is this weirdly named thing?’ I thought, ‘why have I never heard of it if it’s so popular?’.

It is now my favourite racer. 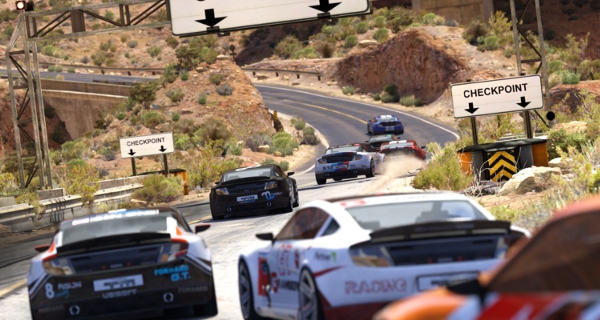 A note on controls: The default controls (fully customisable) are keyboard based, but I found the game a lot better to handle with a PS3 controller, which only required a little bit of Googling and software downloading to do. I am however primarily a console gamer, so this is by all means down to personal preference.

What shines about this game is the emphasis it puts on player skill. Everyone has the same car, starts from the same position. There are no vehicle upgrades and no power ups to randomly turn the tide – this is all about how well you can drive. The controls don’t stretch any further than accelerate and drift, but Canyon is deceptive in its simplicity. The vehicle handling and some of the reactionary physics take a bit of getting used to, but when you find your feet with the mechanic it’s just incredible fun to play. I hadn’t played it for a few weeks since the multiplayer beta closed and when I dropped into my first race I was amazed by the speed of it all over again.

The racing itself is almost exclusively time attack, and regardless of the mode your playing the main opponent is always going to be the clock! It may not sound particularly competitive, especially in solo mode, but the gameplay is finely tuned to make the whole thing incredibly addictive. Tracks are short and sweet, and bar a few online unplayables (easily pointed out with a handy thumbs up/thumbs down rating system) are incredibly well designed. As well as the standard arcade race components players will often find themselves confronted with wall climbing sprints, mind boggling loops and cross terrain leaps – there always seems to be something totally unexpected around the corner that more often than not will send you flying into the nearest solid object with a crunch. But in this case it’s a good thing – the emphasis is on learning these tracks backwards.

Again the pacing is very well thought out – find yourself in a less than stellar lap and all it takes is the push of a button to restart the race instantly. Bar one occasion in solo mode you can do this as often as you want with no penalty – it makes learning the ins and outs of the tracks a lot easier. If you do hurtle into some concrete then your car will take damage, it’s a bit of a token visual bonus as there are no collisions between cars but it’s a nice inclusion all the same. Some may be a bit put off by the lack of in-race interaction with other players, but the style simply couldn’t function if vehicle on vehicle crashes were involved – I’ll take some fantastic track design over a little bit of destruction anyday. 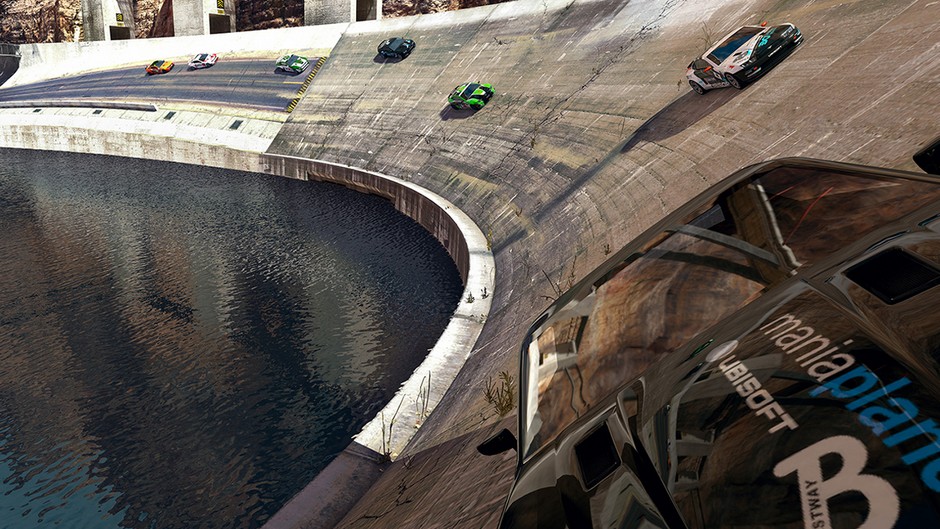 Solo mode is a compendium of 65 tracks spread over 5 difficulty levels, with later tracks unlocked by winning medals in those already available. These are all time trial achievements, and beating the ghost cars will give you bronze, silver and gold medals. Things start off fairly easily and new players are given a chance to get into the swing of things with some basic single element tracks. Move on though and you’ll quickly find yourself confronted with much harder challenges, and those gold medals will become ever more elusive.

Canyon remembers to add a bit of incentive too – the only way you’ll be able to post a time to the worldwide leader boards is if you manage to bag a gold medal first. Only then will you be able to enter an ‘official’ race for the track, a one shot affair that piles on the pressure by removing the availability to restart. I can’t quite decide if this is a genius bit of pressure building or just annoying – your best lap runs the risk of never being seen as your best lap, and you have to wait five minutes between attempts regardless of how well you do. What it does do is make you concentrate, posting an ‘official’ time feels ‘official’. I guess it also evaluates the overall consistency of your driving rather than a one off wonder lap, so again, a focus on your driving skill.

Multiplayer has a Hot Seat option for one machine use and a split screen option for local network play, but where you’ll probably spend all your time is the online mode. Whilst you can turn off other players vehicles to help your machine cope, it’s more fun ( and more helpful) to be able to see them – especially in particularly barmy tracks. It’s a learning tool as well, with a spectator mode that comes in handy when there’s a top twenty ranked player racing on the server – learn from the best.

All the competition comes from the lap times, and the stats are always there to remind you just how you’re doing. There are a lot of very good players out there but the sense of achievement in your own times is still huge – shaving off a few hundredths of a second thanks to a perfect bit of cornering is always a good feeling, no matter how well the other guys are doing. There’s no real end to the competition as the tracks on a server simply repeat, players gain rank boosting ladder points depending on their times and rank compared with other players, but other than that there’s no let up to the racing – it’s incredibly easy to lose hours to.

The main point to emphasis here is that the core gameplay is the most fun I have ever had with a racer. The stripped back arcade style won’t appeal to everybody, but the simplicity is definitely deceiving. Practice makes perfect, and practice is hellishly addictive. 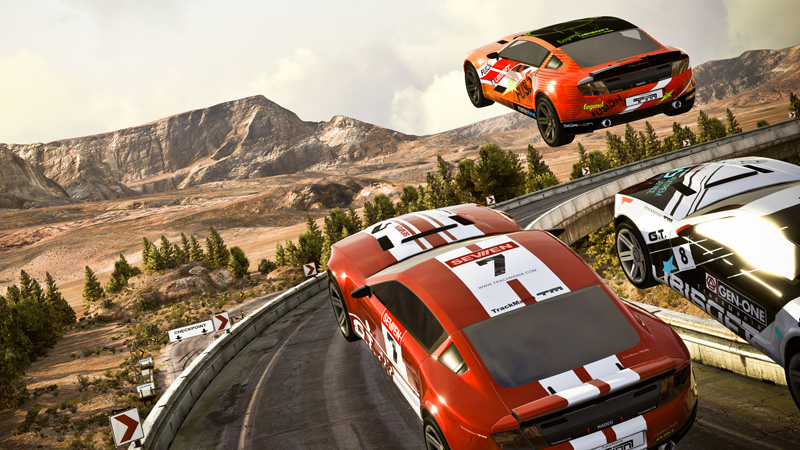 Of course the online multiplayer showcases player made tracks, so logically there has to be a track builder somewhere. There are actually two included in the package, one simplified and one advanced, so level design virgins and pros alike can knock up their very own race. A new feature, (which can make good levels awesome), is the ability to add your own music to the background. Players can roll up to your circuit and you can make them listen to whatever you want. I haven’t seenmuch humorous abuse of this, but a bit of high octane guitar rock always makes racing better!

As for the actual ins and outs of the track editor, the simple one is as much as I can handle without getting incredibly frustrated – it’s a bit of a theme with Canyon that there is no in game tutorial info whatsoever. Like the core gameplay it promotes spending the time to learn it, and I just couldn’t help running back to the action.
Trackmania as a series has always had a huge and productive community, and there are several sites out there where you can download new environment s (some Lego to replace the canyon perhaps? A Mass Effect theme?), car skins and models. If you give the community long enough everything will exist – you can race a Nyan Cat car for goodness sake! You can of course make up your own car skins with the paint tool – which once again is as productive as you choose to make it.

Apart from the lack of tutorial information the customisation options are seamlessley integrated into the game. If you want to delve into it and knock up half a dozen race tracks to the tune of your favourite band you can, or you can just ignore it and get on with the racing. 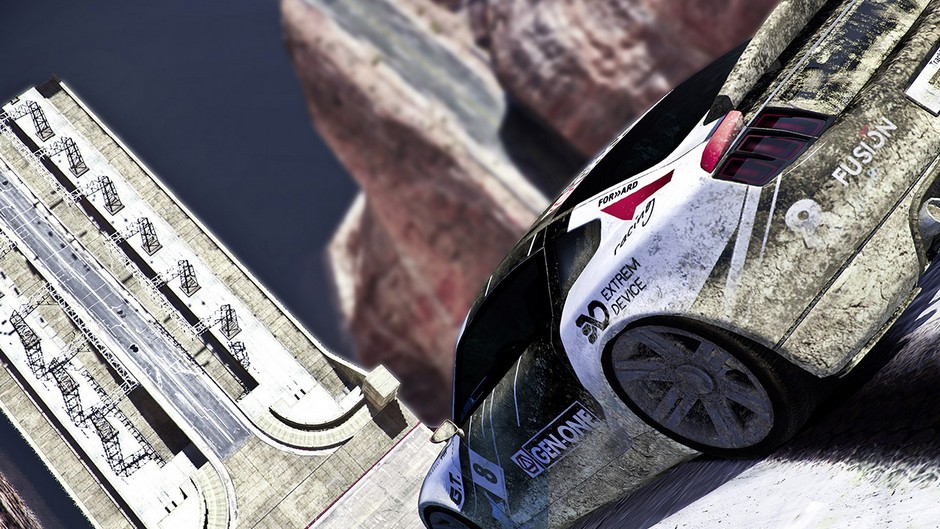 Trackmania 2 Canyon, although arcade in gameplay style, goes for an all out realistic world.

Visually it is a very good looking game, you only have to look at the screenshots to see it, and I had only a few minor framerate issues. The Canyon theme provides a stunning background and the number of cars Trackmania can handle at once is really impressive, especially when your own vehicle is kicking up dust and burning rubber onto the road. Nadeo have a bit of a mission to keep their games playable for as many people as possible, and true to that the spec demands are pretty reasonable for what you get in return.

The music is nothing outstanding but provides a good backdrop for the action nonetheless – if it’s really playing on your mind while you blaze around corners then you can always replace it with your own. I find myself with very little to say about the sound effects, which in a realistically styled driving game is a very good sign indeed – my brain has been fooled completely!

For the sake of nitpicking – the cars don’t splash when you crash into water, it’s a bit strange to watch them sail straight on through as if it were air: that’s all I’ve got for negativity.

Trackmania 2 Canyon has been a pleasure to discover. A few months ago I had never heard of this series; now it’s my favourite racer. The stripped back style probably won’t get the Gran Turismo diehards going and it could use a few tutorials, but if you want fun, fast arcade racing then you could do no wrong picking this up – and it’s only $24.99 US. A bargain if there ever was one.

It’s also incredibly addictive, so if you’ll excuse me…