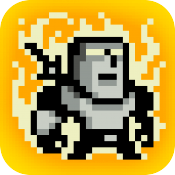 Tower Of Fortune 2 is the sequel that every iOS gamer has been wanting, even if they just don’t know it yet. This game somehow mixes action, RPG, Fantasy, Sci-Fi and Slot Machines into one game and, my God, don’t they do it well! This is Game Stew’s newest game and it fits right in with their already impressive catalogue of titles. Even before I start on the review itself I can safely say that you wont want to miss out on this gem! 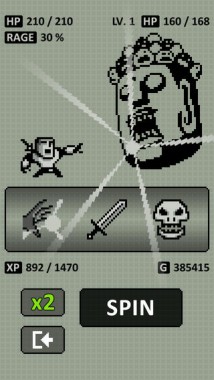 I never played the original game but I can assume they are very similar story-wise. Within Tower of Fortune 2 you aren’t told much about the story, all we know as the players is that you are a mighty warrior who’s daughter recently passed away, he has heard legends about a tower that, if scaled, will grant the adventurer one wish without any limitations. As you can probably already imagine, this is where the journey begins. That’s all the information we are given regarding the story which I don’t find to be an entirely bad thing because the development team have done this right. You adventure through some weird and wacky places, the first two being polar opposites of each other; one is a broken road where you fight goblins and the other is an abandoned factory where you fight what’s left of a scientists robotic experiments. It’s hard to see where the game will lead but I guess you’ll just have to play it and find out for yourself! 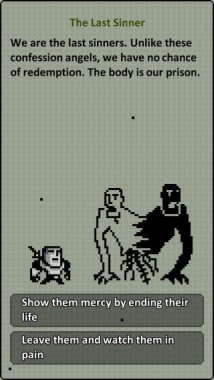 The game plays in a way that I’ve never seen before. Almost everything you do in the game revolves around the outcome of a slot machine. You tap the screen and the chambers will rotate, you stop them and whatever symbol comes up is what happens next in your story. This is also exactly how you fight enemies in the game. there are other things that go along with it like doubling down on the outcome or paying money to re-spin the chambers. Like I said earlier it is both action and RPG yet it also has a very “choose your own adventure” vibe to it which comes into it a fair bit. It’s such a fresh way of doing things and for someone like me who never played the first game I really enjoyed the, somewhat, strange yet fantastic way of gameplay. It’s essentially left all to chance which is exactly what an adventure is I guess. 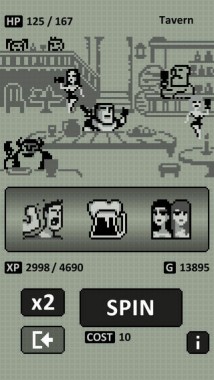 The RPG elements appear in the form of levelling up, choosing abilities, upgrading gear, etc. It’s fantastic and the fact that you loose all your gear when you die makes it all the more heart-wrenching, you actually give a crap about what you do in-game. There is so much to see and so much to do within the game. It mixes simple gameplay with a really intense game style and they fit together so damn well. I found it hard to peel myself away from this one. The only bad thing I can say about this game is that it was a bit too hard to play when starting off, while dying makes you loose your gear and that forces you to play better, in the early stages it wasn’t really ideal and I could see it turning people off of the game. I don’t suggest it, I can just see it happening. there are also mini-games that help break it up which also help you in the actual story so everything is there for the taking really. 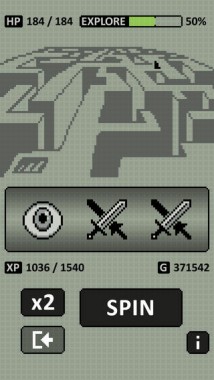 The audio was nice, there wasn’t a great deal of music at all, in fact, I don’t think there was music apart from the little tracks that play after a win or after you loot something. It was all very, let’s say, “cinematic”. Every sound was part of the environment like birds chirping or the tone of a deep wind going through a tunnel. It was all very impressing and although there wasn’t a lot of variety, because it was simply environmental, it worked to compliment the visuals and that’s exactly what it needed. The thing that really ” hit home” for me was the visual style of the game, it looked like an old virtual pet, like a Digimon or Tamagotchi and that really made me enjoy this game even more. The way the characters bobbed and attacked were very reminiscent of  those types of things and it was so nice to be able to have something that looks that way right in the palm of your hand. The environments were also extremely good looking and well put together, they were so vast and so detailed yet they were on half of the screen and made up of little black squares. I loved everything about the visuals of this game, they were done so well and so differently, it was nostalgic for me despite me never playing this before, it was simply the way it looked. 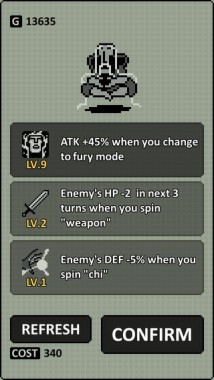 Tower of Fortune 2 is an all around fantastic titles that I guarantee will make a lot of people happy. I can imaging it does justice to it’s predecessor and it’s going to bring in a lot of new fans to not only the game but the company itself. As I mentioned earlier; the only thing setting it back, for me, si the fact that you loose all your gear when you die, it’s just a kick in the pants to not only be inexperienced but to also be punished for it. Trust me though, it gets easier the more you play, it forces you to learn but it would also send people running which is not good. In end I’d say that this game is absolutely fantastic and it would appeal to a varied audience because of it’s simple gameplay style and it’s story, so essentially it could be for anyone. 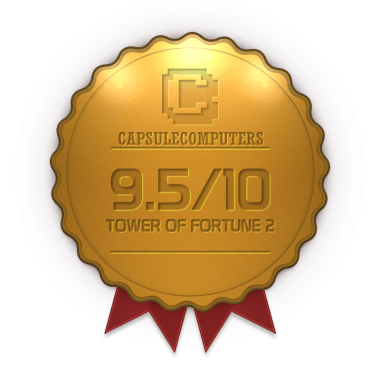