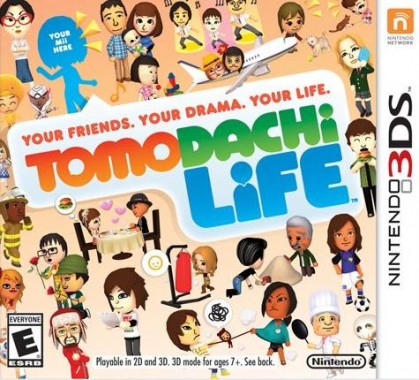 Overview
Nintendo have been thinking out of the box for the past year or two, bringing titles to the west that we thought we would never see. From fan-demanded favorites like Xenoblade, to the lesser desired and more niche fare that await a home on the eShop, there isn’t much doubt that this age old company is finally ready to expand past their red and green mascots. With the massive success of Animal Crossing: New Leaf and other portable fare of the same variety, we now have a true black sheep in the simulation family in the form of Tomodachi Life. Instead of playing pre-designed characters, this title begs the player to utilize the Mii Maker and tap into their own creativity while using a bizarre playground. How does this little sim fare? Let’s find out. 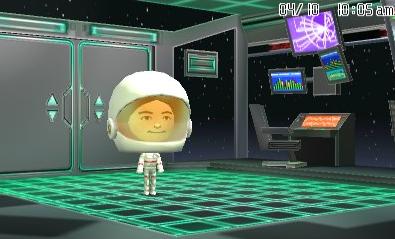 Gameplay
Animal Crossing’s main gimmickry is the real life time clock. The Sims focuses on life management. While still in the same genre, Tomodachi Life is all about interaction and observation. After the player either imports or selects their Mii, they can set out in their self-named world and start harboring residents. Sure, you start with your own Mii and in ways, they will be the focus, but this title demands friends, which means you better get that Mii creation tool and camera ready to get the most potential out of the experience. Your Miis can come from the AR codes found everywhere, and are able to be shared with a quick capture. You can also start from scratch, allowing for endless possibilities of celebrities, heroes, villains, and friends. 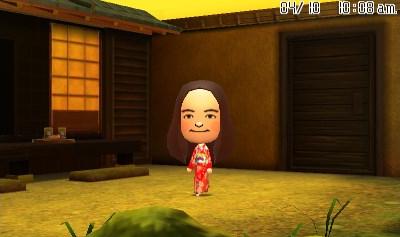 I said the word observation earlier, and that is true in many ways with this game. Your Miis will want food, shelter (they get an apartment that houses a great number of them at the start of the game), and the basics, but it really isn’t essential to do any of that with them at a given time. The objective of Tomodachi is simply to fulfill requests and make choices for your Miis, where their humorous results then play out before your eyes. It kind of sounds like a stale concept, but the results are very interesting due to the wide variety of options within the game. For example, my Will Smith resident greeted Dustin, who is of course my own Mii – and then proceeded to play a simple mini-game where we tried to guess a zoomed in image of a taco. When Peppermint Patti moved next door, she proved to be a divider in our friendship as a love triangle began, with new events happening everyday between the three. As you add more Miis, you can really see these in game personalities expand as they attempt to fulfill their wildest dreams while you play the puppet master, conducting a symphony of whimsical proportions. 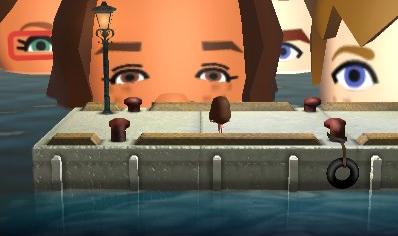 It isn’t all about apartment life, as the more you interact with your cast of Miis, the more other locations open up. Now, these locales are not too special, as they usually just offer a place to spend money on outfits, food, and activities, but there are some nice backdrops that do add new life to the game with area exclusive events, so this is indeed a world worth exploring. The large variety of items, pets, and even songs add a lot to the entertainment factor as well, as every item seems to have a different use depending what your Mii’s personality is. In a way, it is like watching a more charming version of Big Brother, but you get to help the residents this time as they get sick, fall in love, and beg for the cure for boredom. 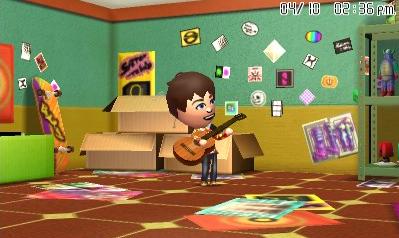 While this title is deep in terms of charm and interaction, it does lack a lot of what most would call core gameplay. Sure, there are mini-games, but they are very shallow and forgettable aside from the dialogue that comes out of the Mii’s mouths. Personally, I don’t consider that to be a negative however as this is a personality simulator and isn’t meant to be much more that a very lengthy distraction from the real world. There is a ton to do and see and it is almost all randomized, but the novelty only lasts for short bursts after a while, but yet still manages to keep the player coming back just to see what new chaos is infecting these booming little souls. I also must say that it is more exciting than ever to get a streetpass with this title, as that new resident is sure to have just as much fun as you as they watch a new drama unfold due to their presence.

Visuals
There isn’t a lot to say about Tomodachi Life visually, as it uses Miis and well, we all know what they look like. A long time ago, I thought Miis looked basic and rather boring. Since then though, we have seen very creative people do great things in terms of creation, and your own imagination will determine how much fun you will have staring at these loving faces. That being said, the game is still from Nintendo, so the color, quirky features, and other hilarious animations run a muck throughout the game, aimed at bringing a smile to your face as you participate in a random activity. 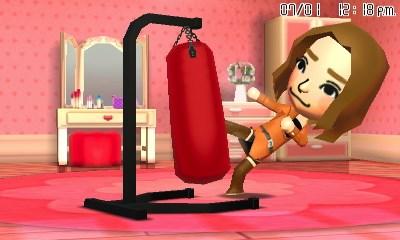 Audio
The sound is a crowning jewel in Tomadachi, and gives it a heart bigger than the Mushroom Kingdom. Sure, these text-to-speech voices sound generic upon first listen, but with the ability to change speech options such as gender, age, and so on, you will have a great time simply typing words to hear come out of your Mii’s mouth. I know, we have seen this on PCs for years, but this is the first place in the video game world where text-to-speech makes sense, and beats the squeaking and grunting that most simulation titles bring to the table every single time. Conversations feel more real, and I would even say I felt more connected to the game, which in turned made me play with every single Mii more often – just because they could talk on a human level.

Overall
We have heard a lot about Tomodachi Life for the wrong reasons. Is it groundbreaking? No, not really. It is however everything a portable title should be, which is a fun distraction from the real world that will entertain you or die trying. This is the kind of game you take out of your pocket and show to anyone of any age, making for a sharp conversation piece as well as a special experience on a personal level for the player. Wanna have a push up contest with Zach Morris? How about a dance off with Diddy Kong? As long as you have the imagination and the will to create and interact, all of that and more is possible in Tomodachi Life. After eight years, this is the title that will finally give your Mii the voice and the strong personality they have always deserved.