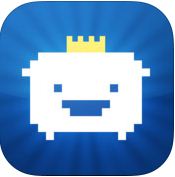 “Toast Time”…a game where you’re put in control of a piece of toast, a happy little slice of bread that has been cooked to perfection, a tasty little treat for young and for old. Our hero is called TERRY which stands for; Toast-ejecting Recoil and Reload System, and he’s what stands between us and the hostile invaders coming for us. All I can say about “Toast Time” at this point in time is that it is one of the quirkiest little mobile games I’ve played in a very long time and, for me; quirk is king. It’s a nice little game that doesn’t ask too much of the person playing it but gives back a great deal of enjoyment, the way mobile games are supposed to be! 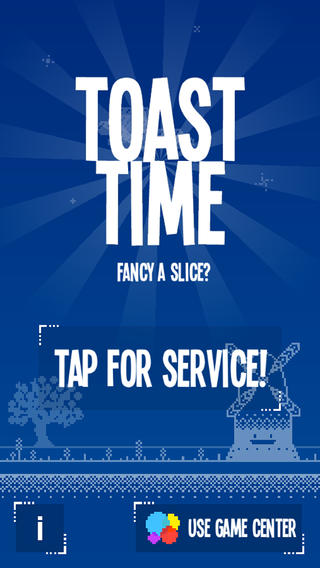 It’s quite hard to place “Toast Time” under one particular genre because it mixes a great deal of them yet only fits loosely into them so, yeah, it’s quite a hard one to pin down. It’s an arena shooter that isn’t quite an arena shooter, it’s a tower defence game that isn’t quite a tower defence game. It’s sugar, beans and cream all mixed together to create one tasty cup of coffee. Basically you tap to do pretty much everything, everything being pretty much just “shoot”. Shooting sends TERRY flying in the opposite direction which sometimes can make killing an enemy quite difficult but it just works as being part of the fun. 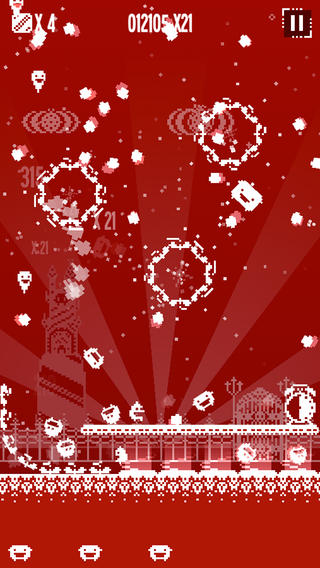 The tower defence aspect of it is that there is an actual literal times somewhere on the stage, it both counts down and works as the item you have to defend. Shoot the enemies and don’t let them get to the timer, that is basically all “Toast Time” is and it works so damn well. The quirkiness just oozes out of this game like uncooked egg in some French toast; you equip yourself with different types of ammunition throughout the game, from baguette lasers to bagel scatterguns you get them all and each one of them is bread-based so the humour never really stops. There’s actually a fair bit to do in this game, there are a bunch of equipables to make your TERRY look what you consider to be cool and even other game modes to keep you occupied though I found that I didn’t really stray from the main game type, it was enjoyable enough to keep me there so that’s where I stayed but I did try the other ones out for the sake of this review and it was a nice little change of pace. 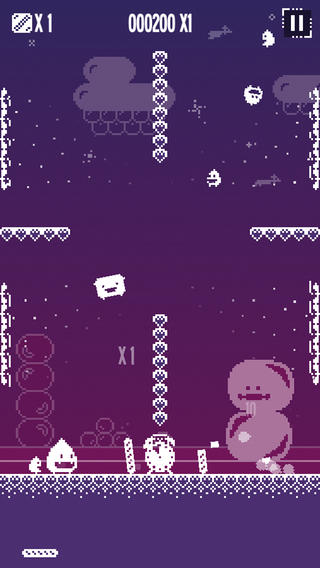 The game had an overall old-school vibe mixed with the aesthetics of a virtual pet from the 90s. The game was made up entirely of pixel-like blocks that gave it the old look and just added to the already high level of quirkiness. Don’t be angry at me for using “quirkiness” a lot because it is going to happen regardless. I absolutely love games that are made up entirely of pixel-art, there’s something about it that sends a jolt into my brain and makes me nostalgic and I don’t think I’m the only one. It’s also great for visuals to match the vibe that the gameplay gives off, too many times have I seen a great looking game that just falls flat when it actually has to be played.

The colouring system works great too and it’s not because there are plenty of them or that they’re vibrant, it’s that it gives a nice feeling while playing through a level. The colour of the levels change depending on what the environment is like; during the first set of levels you’re on what looks to be a farm and the colour is a light blue, during the second set of levels you’re in what looks to be Egypt (because of the pyramids) and the colour is a light orange. Sometimes I think the saying “less is more” may actually be true and in this case, yes, it’s absolutely true. 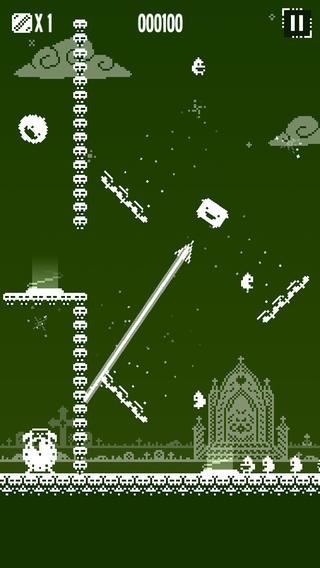 The music within “Toast Time” is probably exactly what you are expecting it to be at this point in time; entirely chiptune and much like the visuals of the game it fits in perfectly. You cannot have such an old-school-looking game without having an old-school soundtrack to back it up, it would be ungodly. Luckily “Toast Time” did everything right. For the most part the music is pretty joyful, it’s chirpy and positive though so is the game, no surprises there. All the sound effects are great too, I really can’t single any out because you’re hearing so many things at the same time but, in general, the game just sounds great. 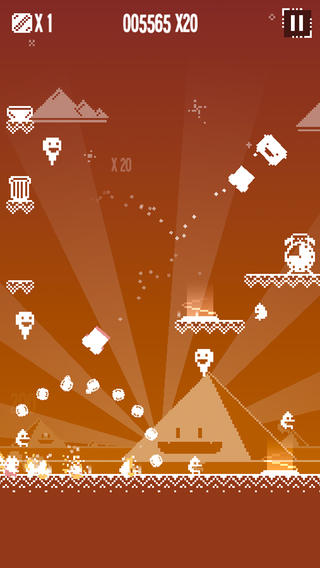 Look let’s be entirely honest here; the game is in absolutely no way groundbreaking, if anything it’s a massive step back in time rather than a couple steps forward, that doesn’t mean it is bad though because it is absolutely perfect for mobile gaming and for a majority of mobile gamers. It is pretty much perfect for what it is. You don’t expect much from it but what it gives you is enough for a giggle and enough for you to be able to sit there and play the game at least for a while. It looks good, it sounds good and it plays good, it hit positive on three counts and there’s no way I can discredit any aspect of the game simply because it is “basic”. Let’s make a toast…to “Toast Time”! Well done, old chap! 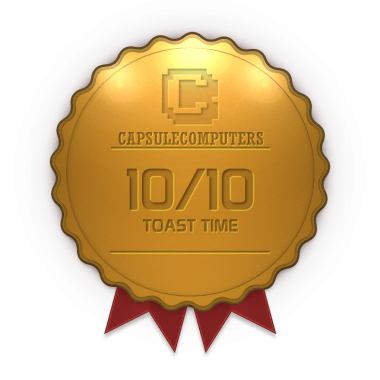