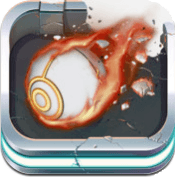 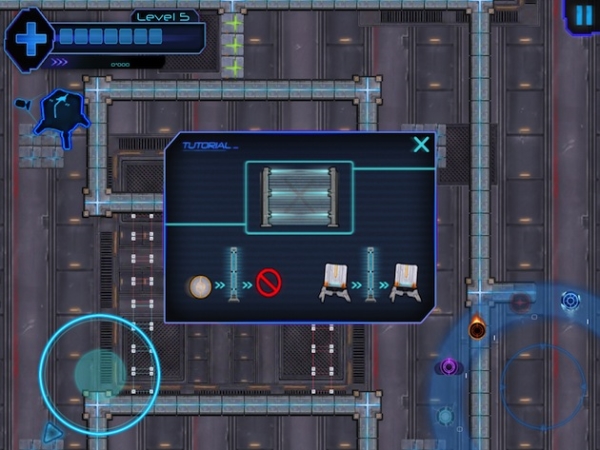 Overview
High definition remakes have become more and more popular. Companies like Sony have been raking in the dough simply by reworking the graphics on PlayStation 2 games to make them high definition then re-releasing them for their current generation console. TITAN has been around knocking down walls for 25 years now. The folks at Joystick Replay, Microids, and Anuman have decided to give it a facelift and bring it into the era of high definition. How does it stand up? Should we remember this TITAN or keep him imprisoned in the tower? Let’s find out.

Story
You’ve been locked up in a tower by a mad scientist. Armed with only a cubic robot, called a pod, and a metal ball, you’ve got to use quick thinking and skill to escape from the tower alive. You’ll have to conquer fiendish puzzles and defeat evil denizens to claim your freedom. 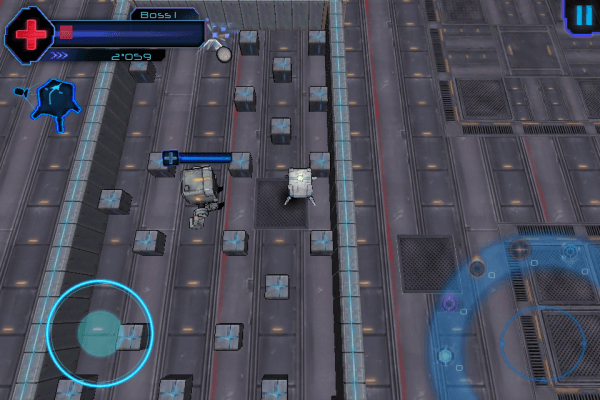 Gameplay
The concept of TITAN has been around nearly as long as video games have been mainstream. You have to use a ball to break every block on a level. Though the game has been made in different forms over the years (most often involving a horizontal paddle instead of a robot), the idea is nothing new. That’s not a bad thing, especially considering that it’s a remake.

Instead of a paddle, you’ll control a cubic robot that can walk around. Much like the paddle, you can hit the ball to guide it at certain angles. This is critical in TITAN. The entire point of the game is to work through each level, taking out all of the blocks as quickly as possible.

To help you clear the field more swiftly, you can get power-ups that affect the ball or the robot. Lighting the ball on fire so it blasts through everything or freezing enemies in place so you can maneuver are great helps and having them work in tandem is satisfying. It’s just a shame that the user interface design makes the icons so small, activating the one you want on the first try is a shot in the dark at best, and an infuriating ordeal at worst. 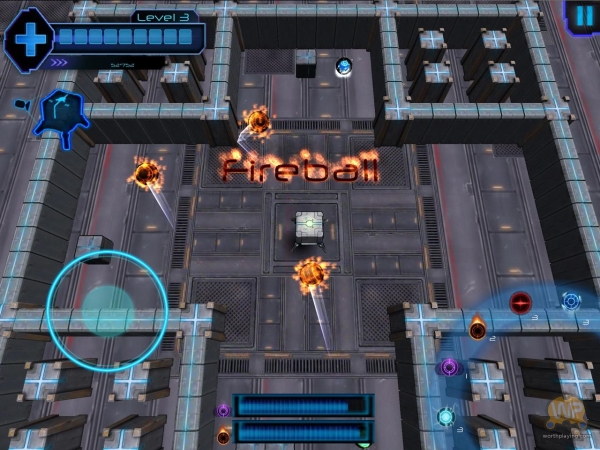 The controls in the game should theoretically be simple. You simply maneuver a robot to have him hit the ball while avoiding enemies and obstacles. This is, unfortunately, the single weakest point of TITAN. It is so poorly executed, in fact, that I would suggest it renders the game nothing more than an exercise in futility. This is especially true for more complex levels, boss levels, and higher difficulties.

I personally find great fault with on-screen joysticks in general, but TITAN’s is actually the worst example I’ve seen to date. On the iPhone, reaction time is a fraction of a second (or more) behind the action, leading you to feel like you’re under water. This is only FURTHER compounded by the fact that it repositions itself when you pick up your finger to adjust it. The end result will be slower times or, worse, your death because you couldn’t maneuver around a wall to escape an enemy that could have easily been avoided with better controls. 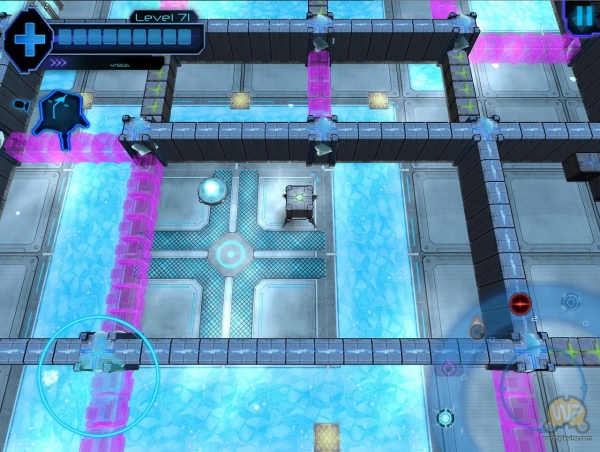 Visuals & Audio
TITAN did, indeed, get a facelift. The new version of the game looks fantastic, even on a screen as small as the iPhone’s. The colors really pop and the special effects add a lot of flare. This lends to the aesthetic that you’re in some sort of dubstep-inspired neon future, a la Tron.

The camera options provide you with both a polygonal isometric view and a top-down view. One provides more flash for the eyes, while the other removes some of the clutter for a bit more classic feel. The options are much appreciated, even if they can’t compensate for the horrendous controls. 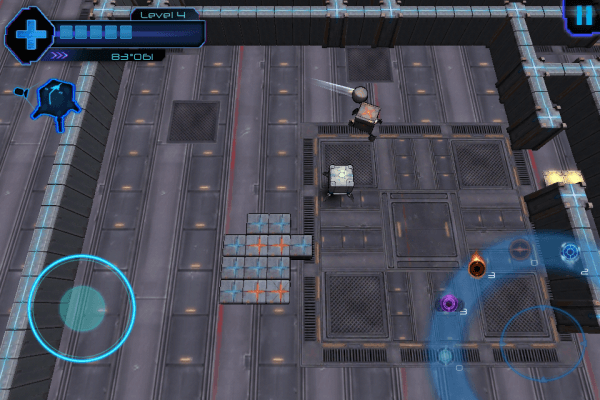 The sound feels all over the place with TITAN. The sound effects serve their purpose well enough with the breaking of each block coming alive. The music is another story, however. It feels drab and repetitive, offering nothing more than boorish techno-laced bass beats that never do anything to stand out, and that’s unfortunate.

Overall
Overall, TITAN is a weak mixed bag. The graphics look great, but the user interface (which was obviously designed for iPad and poorly scaled to its smaller counterpart) is entirely too small, leading to frustration. On top of that, the audio is unexciting. The biggest transgression of all, though, are the virtually unresponsive controls. While these same issues likely don’t affect the PC version of the game, it renders the iPhone version virtually inert. Unless you have terribly fond memories of the classic and, for some reason, only own an iPhone, you should avoid this game without question.