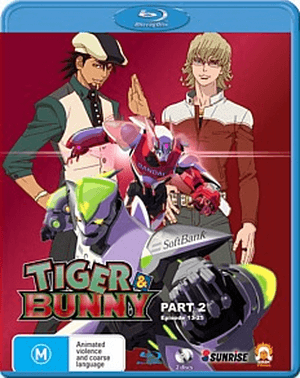 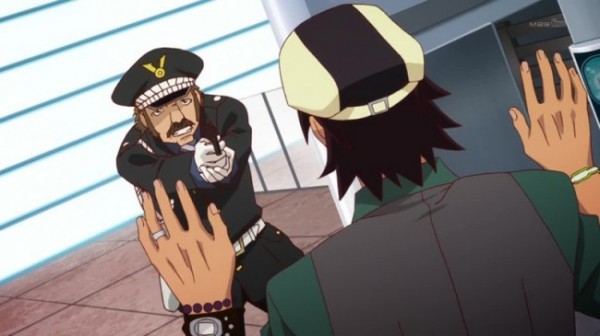 The story here in Part Two directly links to Part One, I mean, so direct that it starts mid way through the fight that Part One ended on which is just…”wow” to say the least. Part Two of Tiger and Bunny both starts and ends in such an epic way! Before I get into anything else let me take you through the actual story: So the fight with the homicidal and mysterious NEXT, Jake, continues briefly, the heroes figure out his secret and using that are able to defeat him. It’s not really a spoiler, we all saw it coming. After that everything starts to look up; the heroes are back to being well respected, Kotetsu and Barnaby are friends now and Barnaby himself is pretty happy about taking down the man who killed his folks…or is he? Part Two is on such a big scale when it comes to complications and plot points, some will take you by surprise and some you’ll see coming but either way this story is great! We start to see relationships and bonds thicken and the heroes stop being rivals and actually become friends but not in a way that it treats the audience like idiots. Yes, there are times when a hero says “I’ll do this! For my…friends!” but the fact that it’s not being said every fifteen seconds like a lot of other Anime series’ do is refreshing. The biggest development you see is between the titular characters; Barnaby stops calling Kotetsu “Old Man” part way through Part Two and starts calling him by his name which, for this series, is quite the big deal. Now I say “part way” because it seems to happen overtime and is actually not a big plot point until it is actually brought up in the final episodes yet he’d been calling him that for what seems like ages when it’s brought up and you think back. The greatest appeal of this Anime is that you’re not treated like a child, not everything is spelt out for you, a lot of the time when Kotetsu has a plan it’s not told to us, it’s as if we as the audience have to do a bit of thinking just like hi did. It’s something incredible. 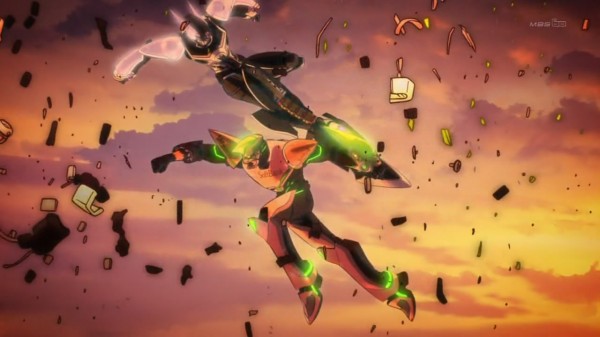 Anything is epic when it’s done in front of a sunset, guys.

The natural progression of story is incredible, everything happens seamlessly and without the corny nature of a lot of Series’ that are similar. It also has a Western-style of storytelling, I believe. Even though these people are heroes when it comes to saving citizens who will save them when they are the ones in trouble? That’s the basic message that was brought up at the end of Part one and all the way through Part Two. We see respected heroes being brought to tears, being in mortal danger and having no one to come to their rescue. I feel like Tiger and Bunny has a similar vibe to the movie Kick-Ass in part two; it’s not so much about costumed heroes as it is about the effect and reach of the Mafia (Kick-Ass) or Underground Syndicate (Tiger and Bunny). The story takes the audience by surprise and goes deeper than anyone thought it could. Even up to the very last scene of the very last episode the mystery and the reach of this “Higher Power” continues to grow and become stronger. It’s just brilliant. There’s a reason this has become a beloved Anime Series and one of my all time favourites. 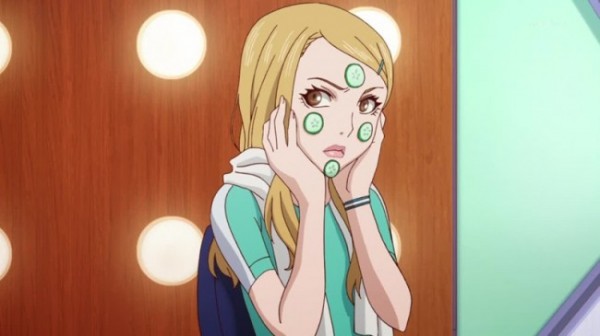 “What happened? Did you fall asleep in your salad?”

Part One of the series rocked when it came to visuals, the entire series does, but seeing this on Blu-Ray really blew my damn mind. It was the best! Literally the highest quality of Anime on Blu-Ray I’ve seen in a while. Part Two still has plenty of the Series-famous CGI suits which still work incredibly but now that there’s more fighting and action we can see even more how awesome it all is. Character designs are all the same and are still great. The animation is looking fantastic as always. Now Part Two takes a larger scale, story and setting wise, so we’re seeing more of the city, more of it’s people, more destruction, more panic, more fighting and some of the best damn animation to be seen in such a long time! I’ve seen a fair few series’ made by Sunrise and none of them stand up to this apart from maybe Valvrave which came out about two months ago, Tiger and Bunny came out in 2011, that’s two years of upgraded technology and funding yet this is still such an incredible looking Anime. One thing I didn’t pick up on in my review of Part One that, because of the Blu-Ray quality, I’ve seen a lot clearer is the fact that the team that animated Tiger and Bunny used a Red/Orange colour for some of the character’s line-work which is a, kind of, bold move that works so well into their favour. 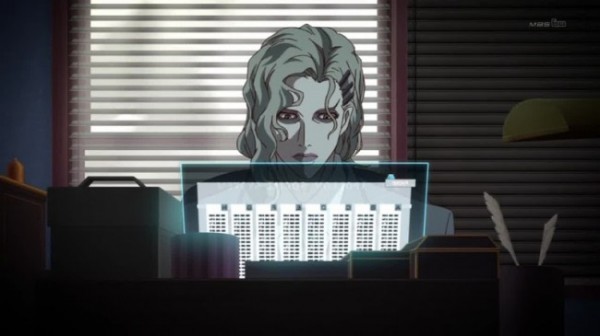 Justice never sleeps but it does work in the dark which is fairly close.

The English Voice Actors that worked on Tiger and Bunny get all my praise. All of it! They did a perfect job. It was on par if not greater than the Japanese voice actors. They suited the characters, they portrayed the characters well, they showed such believable emotion and, once again, because of the escalation of the series we get to see these characters at their worst which is where a lot of the tough acting comes into it and it’s so good to see them rise to the occasion and do the series…JUSTICE…I’m sorry. I couldn’t help myself. Jokes aside the Audio for the series was incredible. From the sound effects to the voice acting to the opening and closing theme songs the whole series sounded great. The soundtrack was much like the Part One, which isn’t a bad thing because it worked so well with both parts. 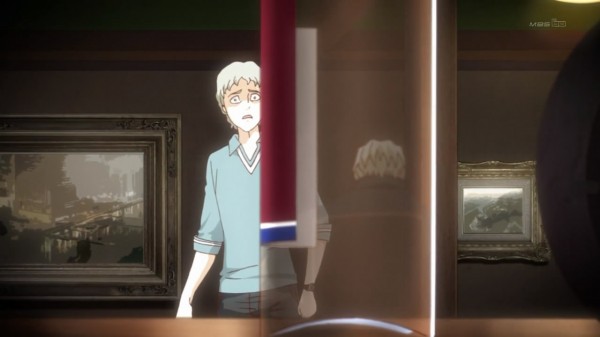 Possibly my favourite part of this release. We’ve, firstly, got this beautiful, tri-fold case with just the most detailed and awesome piece of art showing the scenery of Stern Bild City. Secondly we have five more “Hero Cards” and another little issue of “Monthly Hero”. I’m more than impressed with the releases that Siren Visual have going with the Tiger and Bunny series. They’ve really outdone themselves. 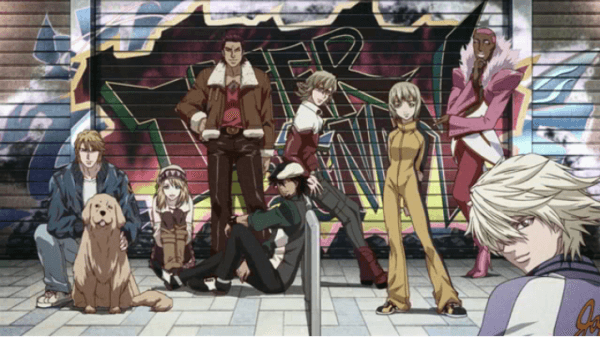 Part Two has risen above and beyond Part One and that’s hard to believe because Part One was so good to begin with. This is a beautiful release and a great way to end the collection. I really do suggest this anime to anyone and everyone more so now that both parts are released and audiences can enjoy the series in full. It’s a great blend of both Eastern and Western media and is just a beautiful collection to have and to watch. Go and grab this now, everyone, it really is too good to miss out on!