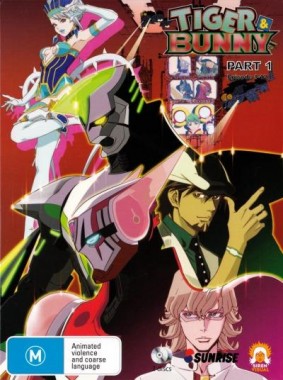 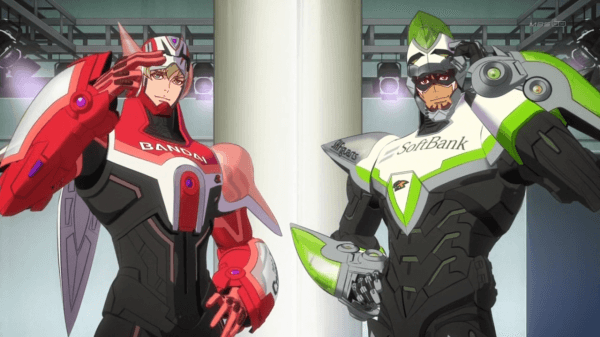 Based in the city of Sternbild Tiger & Bunny mostly revolves around Wild Tiger, a veteran hero who’s starting to become more of a memory than anything else, and his new teammate Barnaby Brooks Jr. (Bunny), who’s an up and coming hero that has taken the hearts of all the citizens of Sternbild. They take place in a competition where different heroes are given points for doing certain things for example making an arrest gives a hero +200 points. The aim is to be King of Heroes while also keeping the city as safe as possible and with 7 or 8 heroes on it’s site it tends to stay pretty safe…until.

The most constant thing in the series is the relationship between Kotetsu (Tiger) and Barnaby (Bunny), neither like each other yet have to work together, typical buddy cop situation, and it kind of works really well. They start off just fighting and more so competing with each other than in the actual competition which, obviously, causes trouble while on missions and leads to a fight or some kind of yelling but over the series you do see this great development of friendship and trust. Tiger and Bunny shows you the development, crumble and rebuild of a friendship and it seems to do it a lot better, and in a more subtle way, than a great deal of animes I’ve seen. It even gets to a point where the tables are turned and it’s Tiger who can no longer rely on Bunny which is such a big flip from, let’s say, the first episode where they have to work together. They just did this so well.

Another thing I loved was the build in relationships with all the other heroes. This happened throughout the story very, very slowely but from competing against each other for their certain sponsors they actually came together to fight a common foe but it’s not even that, you get the feeling these people are becoming friends long before the big complication happens and they’re forced together. Antonio who is another hero (Rock Bison) has a very odd relationship with Kotetsu, he seems to know much about his past and constantly asks Kotetsu to come and drink with him to which he denies yet they still back each other up in battle when they truly need it, it’s just that which shows, in it’s most basic form, the different types of relationships in this show.

Next are the names that humans with extraordinary powers are given, each of the heroes is a next and it doesn’t really get brought up too much, at first. I liked how, although many people had these powers, the heroes were just heroes, although Next, there was no discrimination towards the heroes because they saved lives but as the story went on and showed the development of Next as another race and something unlike human beings that’s when things got muddy. While watching the show you forget about the entire understory of the Next race and instead focus on the Heroes, well, that is until the problem of the Next becomes extremely predominant but that’s later in the story.

As the show goes on we start to see more of the dark side of Barnaby Brooks Jr. All through the series he has his own little side projects, which you don’t see much of, which appear as something bigger later on in the story. This was done very well because it never threw this in your face, it alluded to it, then he spoke about it, then something came up where questions had to be asked, then action needed to be taken. It built up so well throughout the first half of the series. For an action packed anime like Tiger and Bunny it definitely has great story telling capabilities and so many, somewhat, hidden undertones that really make the story worth investing in. 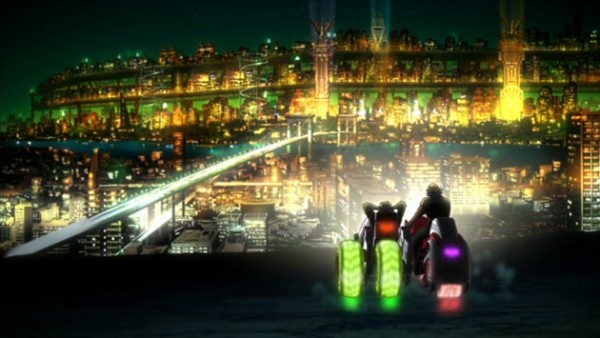 Alongside the Audio, the Visuals are possibly the best parts of the whole series. Tiger and Bunny is one of those animes that mixes traditional animation and CGI animation together and it actually works. Both types of animation are as fluid as each other and compliment each other really well. Traditional animation is used for mostly everything and the CGI is used for when the characters are in their Hero Suits so most fight scenes are done in CGI which I’m so glad they did because it worked so damn well, it’s incredible. The characters and costuming were fantastic. Finally an anime where the boys aren’t drawn prettier than the girls! Barnaby was drawn somewhat feminine because, in the story, he’s supposed to be this young heartthrob so it makes sense as to why he’s kind of pretty. The cityscapes were beautiful looking and the way they designed the city, even by just looking at it, seemed extremely cluttered and pack full of people, like a metropolis is supposed to be. 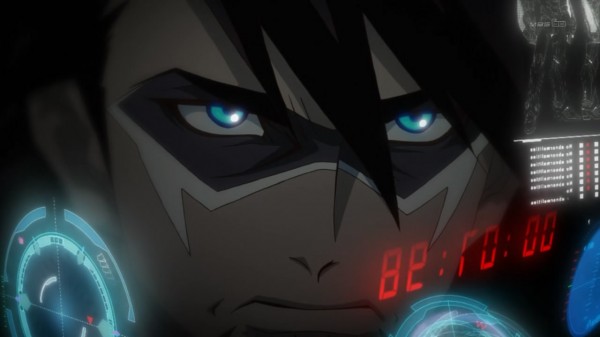 I’ve seen this series twice now, once in Japanese and once in English and I have to say, while the Japanese Dub is mostly the way to go when it comes to anime, the English Dub really blows it out of the water like you wouldn’t believe. There was not one over/underplayed role nor was there a character whose voice was so annoying that it made me physically mad. It was doe so well that I actually laughed when they called for a laugh, the banter between each of the characters is hilarious, not to mention Kotetsu’s smart-ass attitude. In intense situations you definitely knew they were intense, the voice actors did a really good job on this one. The music in Tiger and Bunny was something else not to look past, every song fit perfectly and the use of trumpets, an underrated instrument, really made this feel like an old superhero movie; uplifting and triumphant. They used some opera, and a lot of genres you wouldn’t hear in a modern anime, when in disastrous flashbacks and times of suspense, you felt it all and it really doesn’t get better than that.

Siren Visual really brought out the big guns on this one! Well done to them because opening up the DVD case was like opening up a Christmas present. So it comes with the standard on-disc content which is the clean versions of the opening and closing theme songs/movies and an “Inside the Studio” piece which is exactly how it sounds. Pretty standard. It’s what’s not on the disc that’s awesome! First of all it’s not set out like a normal DVD, it has a DVD sleeve with awesome artwork on the front and the DVDs are held in a tri-fold case which has an extremely detailed picture of Sternbild splayed across it. It also comes with 4 small, replica volumes of “Hero Weekly” the magazine from the series which has a bunch of information on characters and design notes inside but put together like a magazine. It also has, and this is my favourite extra, 4 Hero Card Replicas from the show! It’s safe to say the the extras from Tiger and Bunny out do any standard anime purchase I’ve seen before! 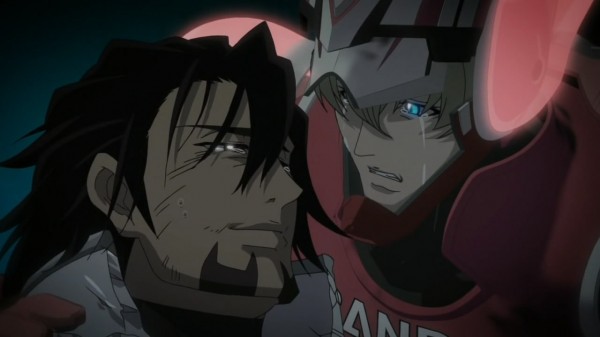 I truly think Tiger and Bunny is for anyone with a vivid imagination, honestly. It’s definitely not boring, it’s not overplayed or over acted and it doesn’t make you cringe. The female characters do just as much, if not more, than the male characters so it’s in no way sexist. It has humour and action and it just looks incredible! Obviously if you’re not at all a fan of anime it’s going to be a little hard to get into but I would recomend it with everything I have and I truly consider this to be one of those Gateway Animes, much like Cowboy Bebop, which will get you hooked to the anime style and, for sure, it’ll get you hooked on this show. This is one of my favourite shows and I hope it’ll become one of your favourites too!