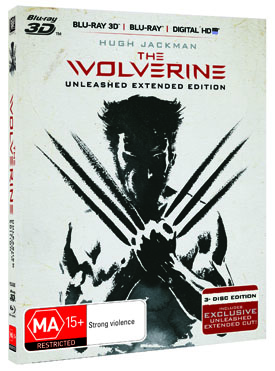 The Wolverine hit theaters in July and was a great film but it felt like it was missing that last little bit to make it outstanding. The Wolverine Unleashed Extended Edition runs 10 minutes longer and those extra minutes add that last little bit. A few scenes get subtle changes, while others are completely different and some are added that weren’t present in the theatrical cut, but they all change the tone and feel of the film and make it the Wolverine movie we have all been waiting for.

The Wolverine is based off the acclaimed limited series by Chris Claremont and Frank Miller. Following Wolverine as he travels to Japan to visit Yashida, a dying man whose life he saved back in WWII. The comic book story was adapted to fit into the X-Men movie timeline after the events of The Last Stand, where Logan has become a  recluse and constantly reflecting on the toll his near-immortality has taken on him. He is still wracked with guilt after having to kill Jean Grey, and her ghost (or memory) still haunts him.

When he arrives in Japan, Logan is offered a proposition – he can pass on his healing factor to Yashida and live out the rest of his life as a normal man. This causes a sense of conflict for Logan, who has grown tired and weary of his lifespan, and all the losses he has had to endure. Yashida calls him a Ronin, or “Samurai with no master.” Logan reluctantly rejects Yashida’s proposal but still finds his mutant healing stripped from him. Facing mortality for the first time in his life, Logan must once again play the reluctant hero and stop a plot to kill Yashida’s granddaughter, Mariko after she is targeted by the Yakuza. 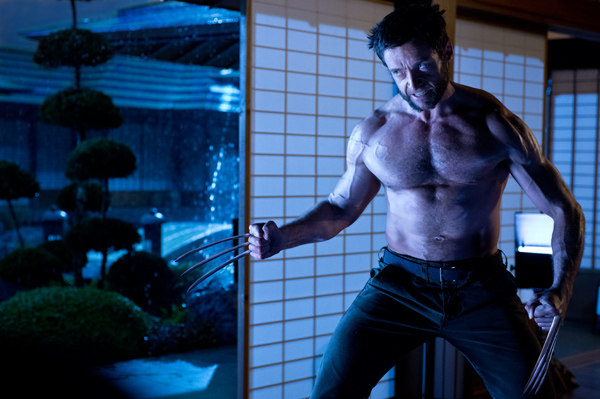 Making Wolverine mortal serves as a great way to develop him further as a character. He retains his trademark bad-ass, loner attitude but ends up being frequently saved by the female characters of the film (except for Jean, but I will get to that shortly). Throughout the film, Logan requires the aid and even saving by the film’s two female leads – Mariko and Yukio. This helps to not only show Logan as more of a man and less of an indestructible machine, but also really setting up Mariko and Yukio as strong characters in their own right.

As mentioned above, the ghost or memory of Jean Grey also makes an appearance, and really serves as the personification of Logan’s guilt and self-doubt. Logan really faces an identity crisis in this movie, feeling that he is destined to live forever but having a life that is meaningless. This is coupled by the fact that he still can’t shake the guilt of killing Jean. Having Jean be the embodiment of Logan’s guilt is a really cool choice, but unfortunately the end result of having her fill this role is turns her into a total bitch. Even the slightest moments of happiness are stripped away by Jean, who constantly contradicts and belittles Logan. There is a payoff that almost makes it seem worth it, but still in the end we just see Jean as quite a nasty influence.

The choice to not fill the movie’s cast with other mutants is another really strong point of the movie. Aside from Logan, only two other mutants appear – Yukio, whose power is passive at best (she can sometimes see when people will die), and Viper. Not only that, but the film’s climactic battle has Yukio facing off against Viper, so Logan stays pretty far away from the mutant action for the majority of the film. This opens it up to feel more grounded and down to earth. It also goes to make mutants feel special, rare and unique again (a trait that was stripped away in The Last Stand and X-Men: Origins).

The Unleashed Extended Edition runs 10 minutes longer than the theatrical cut. While this doesn’t seem like a lot, those extra 10 minutes go a long way to change the tone and feel of the entire movie. It doesn’t make The Wolverine a completely new film, but instead makes it feel more complete, more exciting and downright better. A lot of the changes to the film are quite subtle, like an extra few seconds when Mariko and Logan run into the house from the rain. The culmination of all these changes profoundly impacts the film. 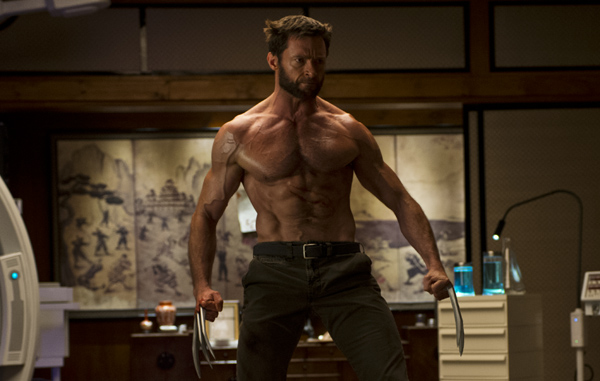 While many of the changes are subtle, there are many far more overt scenes, including a longer look at Logan and Yashida’s time in Nagasaki after the bomb has dropped. Also, the scene of Logan and Mariko at the Love Hotel has changed drastically – in the original, Logan passes out on the balcony, while here he is knocked off the rooftop by an armed Yakuza member, Mariko comes to his rescue. This scene in particular really builds up Mariko as a strong character who can handle herself, as opposed to a simple throw-away line about her being an expert at throwing knives.

Storyline-wise, one of the biggest changes that the Unleashed Edition brings is Logan’s confrontation with the Black Ninja Clan through the snow-draped Japanese village. In the theatrical release, this battle ended rather abruptly, and anciclimactically with no real explanation as to how he was defeated by a barrage of arrows. Now, the battle is almost twice as long and in addition to there being an explanation and context as to how he was beaten, there is an extra section of battle where Yukio comes to Logan’s aid in a very brutal fashion. It is easy to see why it was scrapped from the original cut, but it really ties the movie together a lot better and is an absolute blast to watch.

The film’s backdrops, be they a Canadian rocky mountain, the bustling city of Tokyo or a snow-covered Japanese village all look amazing. Setting the film in Japan really opened the art and set directors for a lot of subtle nuances and cultural inclusions that really set it apart from other action films. Since being in Japan is not only the setting but a key plot point for the film, it is good to see the time and care that went into the set pieces.

Considering its low-key, more down to earth approach, there is still a surprising amount of computer generated visual effects in The Wolverine. Logan’s claws and his healing factor both use CGI magic to come to life on the screen, but both look amazing. Some visual effects feel a tad unnecessary, like Yashida’s auto-adjusting bed, but it doesn’t really detract from the film’s experience.

Since this is a Wolverine movie, you can’t not talk about the action sequences. The highlight of which is definitely the skirmish on the roof of the bullet train. The scenes are choreographed to near-perfection, and with the added visual nuances that the Unleashed edition brings in, are really visceral and downright awesome to watch. Logan’s pouncing leap across the rooftop of the hurtling train is still the most nerdgasm part of the movie, drawing straight from Wolverine’s comic book bag of tricks.

The biggest change that this version of the film brings is the amount of blood. In the original, Wolverine would be slicing and dicing his way through the Yakuza members, with nary a drop to be seen. This has been fixed in a big way, and while there are never geysers of blood (ok, maybe ONE geyser) the small splashes add a lot to the experience. It makes it LOOK like the Wolverine movie that it always should have been.

The additional blood isn’t the only change to the action sequences, as now Logan’s claws are often seen stabbing through his enemies. Now, The Wolverine is no Tarantino film, but this definitely amps up the violence and the brutality a little more, turning it into a movie that is more in line with what you would expect from a man who has swords coming out of his hands.

The audio of The Wolverine Unleashed Extended Edition remains for the most part unchanged from the original. The film’s setting is largely in Japan, so many characters speak in fluent Japanese. All of the scenes involving Logan remain untranslated, offering a subtle way to draw in the viewer and have them experience the same sense of confusion and culture shock that he is.

Being an uncut edition, there is a little more swearing to go around. In the original cut, Logan drops exactly one F-Bomb, and it is during his battle with the Black Clan. It was a “hell yeah!” moment for older fans watching at theaters, but it really did feel somewhat out of place. Now, a few more choice words are added through the movie. It isn’t like every second sentence is punctuated with a curse word, but when they are used it is to great effect.

Yukio telling Logan to “stop being a dick,” really helps depict their growing friendship, especially with the little smile she flashes afterwards, while Logan telling the corrupt Minister of Justice that he is about to throw him “out that f***ing window!” makes the scene feel more emotional. This version of the film is a great example of how curse words can be used to great effect, and to really add a punch to your dialogue.

The Wolverine’s theatrical cut was already great in many aspects, but it felt like it was missing some pieces to make it truly memorable. The Unleashed Extended Edition adds those things and many more, turning this into the Wolverine movie that fans have wanted for years. This is still the same film you saw in theaters in July, so if you didn’t like Wolverine fighting off against an 8 foot tall robot then, you probably still wont like it now but the extra 10 minutes does change the tone, feel and context of the movie and makes it a much better experience. 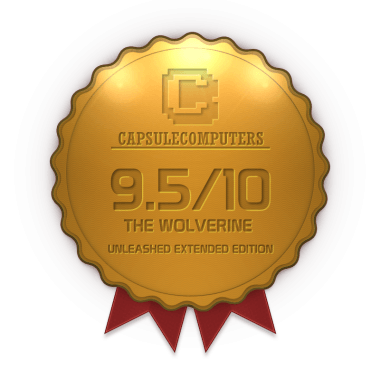