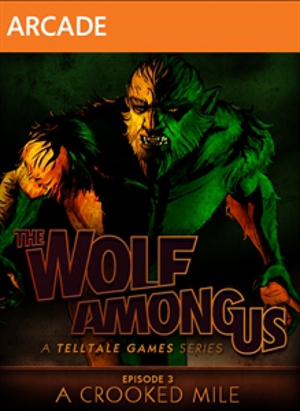 Overview
After a much shorter wait than the last break between episodes, The Wolf Among Us has released the third episode in their noir style adventure game. While the last episode may not have matched the length of the first, it was still able to keep up the quality of the narrative. The with this in mind, it would makes sense for the third episode, A Crooked Mile, to have no problem keeping up the same quality of story telling, but how will it fair else where?

Story
After finally discovering the scene of the crime and finally getting a solid lead to the murderer, the main focus of “A Crooked Mile” is trying to track them down and keep everyone else safe. Which is one of the very strongest aspects of this episode, as the player is still the main driving force for how Bigby interacts with the other Fables and the world around him. Letting players handle situations differently depending on if they want to try to keep all the other Fables safe, or utilize some to protect themselves. 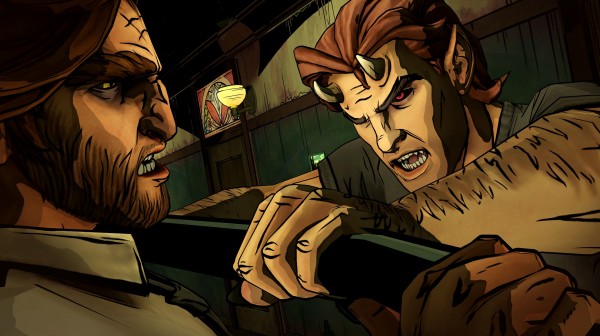 After the necessary amount of hell gets raised, the main driving point is capturing the suspect meaning that Bigby has to make choices as to where and who Bigby will follow up on. Interestingly, while in the past this has been a binary choice, this time around there are three possible leads on which to to follow up. All of which seem to lead up to different events depending on where Bigby goes first. This approach is certainly fresh and gives a great look at the amount of parallels that exist from the choices of which the player is already in control.

Just when Bigby finally has his suspect in custody, everything gets turned onto its head and players can get to experience what Bigby is capable of in the werewolf like form teased on the cover of this episode. Needless to say, a great job has been done making the raw power of this form feel not only great, but scary as players can firsthand deal the damage that it can cause. Though as a third episode out of five, it wouldn’t be surprising to find that this isn’t even the peak of the Big Bad Wolf’s power. Putting an even more powerful form would be just as satisfying as knowing this form was coming the entire episode and finally getting it at the end. 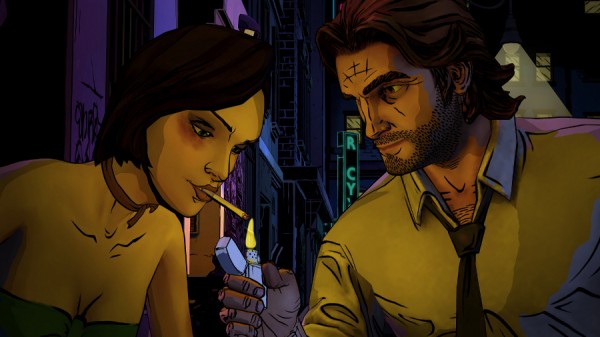 Previously, it seemed like the Episode 2 was somewhat short, and while the same is also true of this episode, it is much more apparent just how things are different just based on the knowledge that Bigby ends up finding out from given choices. The biggest choice before was simply who was caught at the end of Episode 1, which lead to learning specific facts in Episode 2, that not only clue in Bigby to what was going on with that character, but more importantly locks out information from the other. “A Crooked Mile” offers an interesting insight into how the choices are already affecting everything as what Bigby does and doesn’t know is vital in terms of investigating. Just knowing where a character was previously proves useful in this episode when dealing with them. Coupled with the choices offered this time, it will be interesting to see how this knowledge, or lack of, will impact the remaining episodes.

Gameplay
As stated above “A Crooked Mile” has a more apparent feel to the depth of parallel information of which only a few choices grant a few parts of. Where The Walking Dead had a somewhat smaller cast of characters for the player to fully interact with briefly before many of them died, here Bigby is interacting with characters that pop up again and again in the different episodes in addition to adding in more. In the vast multiverse of The Wolf Among Us choices no Bigby will ever know all there is, so what limited amounts the player can access in a playthrough impacts who and how they are interacting with as the episodes go on. 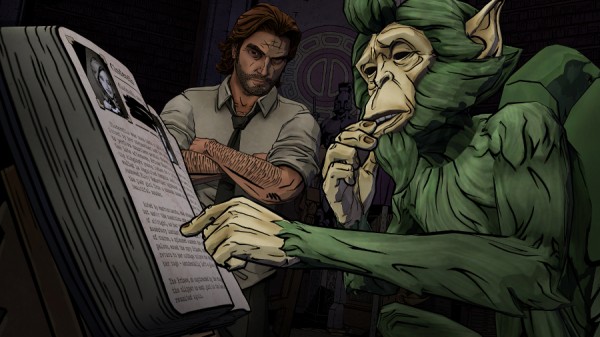 While exploration is a big part of adventure games like these, unfortunately this aspect is very limited this time around. With the semi-timed nature of trying to catch the suspect in this episode, there are some things that can be left unexplored as Bigby finds the information he requires from one area and needs to move onto a new one. This can be a bit frustrating at times, especially for those that like to look at everything as the push for finding the suspect hurts the desire to fully explore. This in turn, both hurts and helps “A Crooked Mile” as players will feel frustrated they missed some of the things and then gets them to try another play through.

Visuals & Audio
This episode continues the quality look of the the Fables universe, there are a few new faces for players to get acquainted with in the episode, but the vast majority are returning characters. The returning characters though don’t offer as much new to look at, outside of Bigby who shows off a lot more this time around than ever before. There are however more new locations this time around than new characters, which allows Bigby some more to look at as he goes about his investigations. 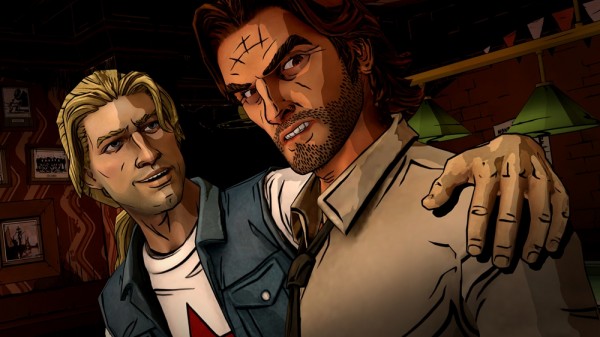 The music and voice acting of The Wolf Among Us continues to impress as not only are the new characters very well portrayed, but the writing still works perfectly from the players choices. Outside of the new additions however, the quality just keeps up with that of past episodes, so there isn’t all that much more to say in terms of audio. Those that have played the previous episodes should know what to expect and “A Crooked Mile” delivers.

Overall
While from beginning to end The Wolf Among Us – Episode 3: A Crooked Mile is about as short as Episode 2, the differences that can make an impact to the way Bigby goes about his investigation are far more apparent. Those that think that the story is winding down now that Bigby has a solid lead are in for a very big surprise as the story is only getting going to find out what is going on in the world of Fables. Those that have enjoyed the series so far should find this just as good as the last episode, while those still hesitant about how long each episode plays, should know that this is closer to Episode 2, but the choices seem to be paying off more than in The Walking Dead.