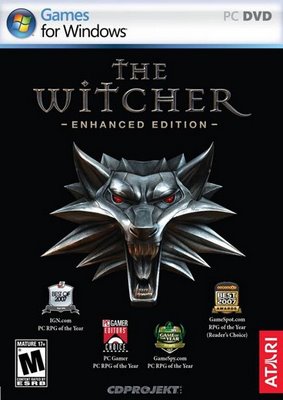 The Witcher started from the idea of CD Projekt RED in adapting the series of books, with the same name, created by Andrzej Sapkowski.

Utilizing the famous Bioware’s Aurora Engine, the developers saw themselves with a powerful tool, which has been heavily modified for The Witcher. 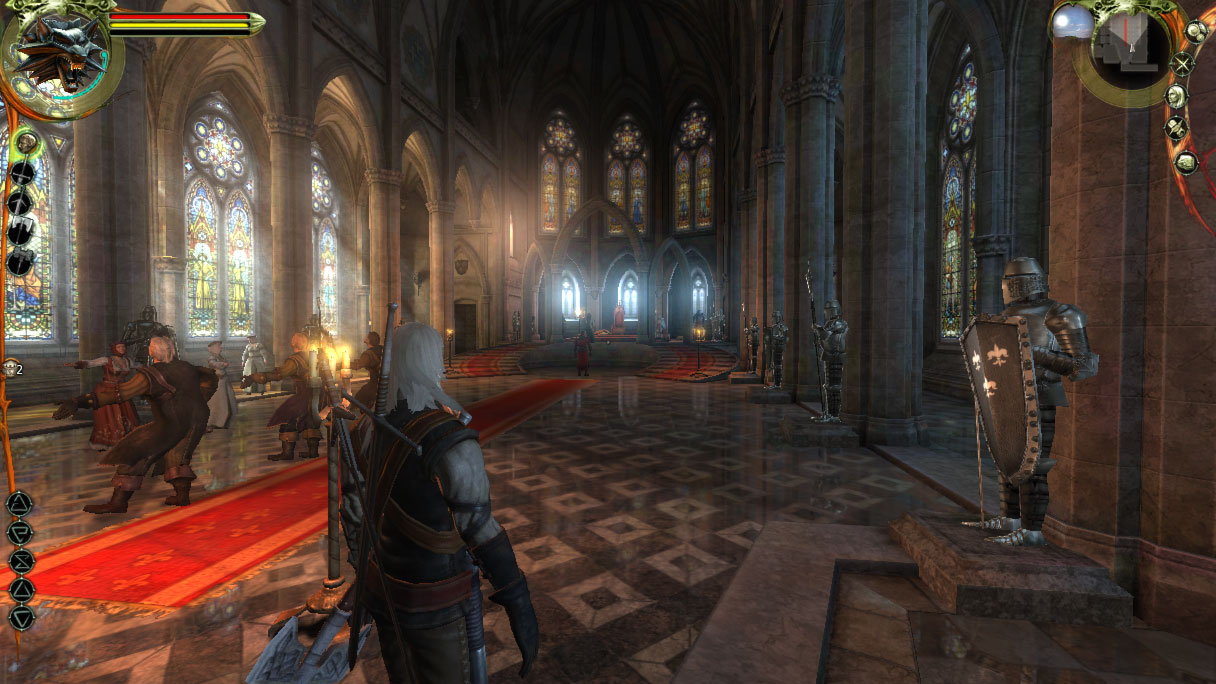 The Witcher tells the story of Geralt, one of the last Witchers, who are people that have been genetically modified, and because of that they are normally ignored by society, which remembers them only for specific evil jobs, like hunters back in the day. Our story starts when the witcher’s hideout is invaded by bandits, who are looking for something valuable plunder. The Witcher’s story is really centered in a dark, impressive world, giving the players differents choices and paths, so you never really know who to trust, who is right or wrong.

NOTE ** “Enhanced Edition” is the name given to a huge update which The Witcher received by the end of 2008. It’s a free update with huge changes, like better performance, new animations, dialogues, models, inventory, and other many things. The review will be based on this.

After doing some huge changes on the Aurora Engine, mainly with the third person camera, we can see the grandiosity of The Witcher. Even for a 2007 release, the game still holds well with todays graphics.

Witcher’s world is represented with a realistic environment, there is huge attention to detail, walls, objects, animals, sunsets,things like that really helps with immersing the player into the game. 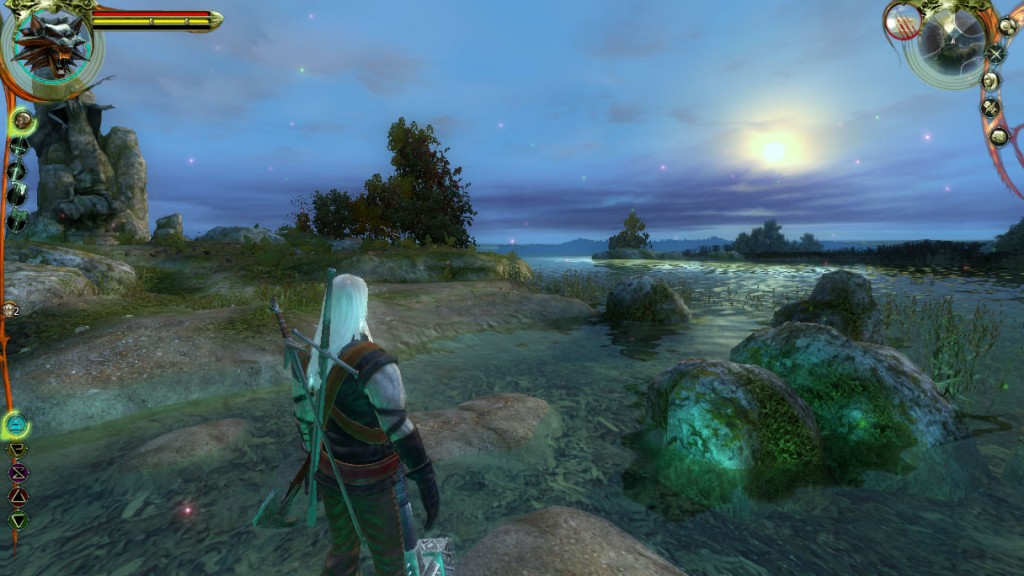 The cutscenes happen in real time using the game engine, and are very impressive, even if they are in small numbers during quests, mainly they happen during the start and end of chapters.

Projeckt Red have really taken the engine to it’s limits, and created an impressive world to explore.

Gameplay in The Witcher works around an innovative rpg formula, another great idea idea focuses on the creation of a battle system that uses attack combos stringed together with perfect timing when hitting your opponents. The player needs some time to adapt to this system, since it can be a little intimidating in the beginning. Another interesting feature is the variation of attacks, which must be used based on different types of enemies, some of them are strong, others are weak, there are group of enemies, each of them needs a different strategy. But even with the good animations and variations, the battle system itself is not really special, it’s just average. The alchemy system is really important on higher difficulty levels. 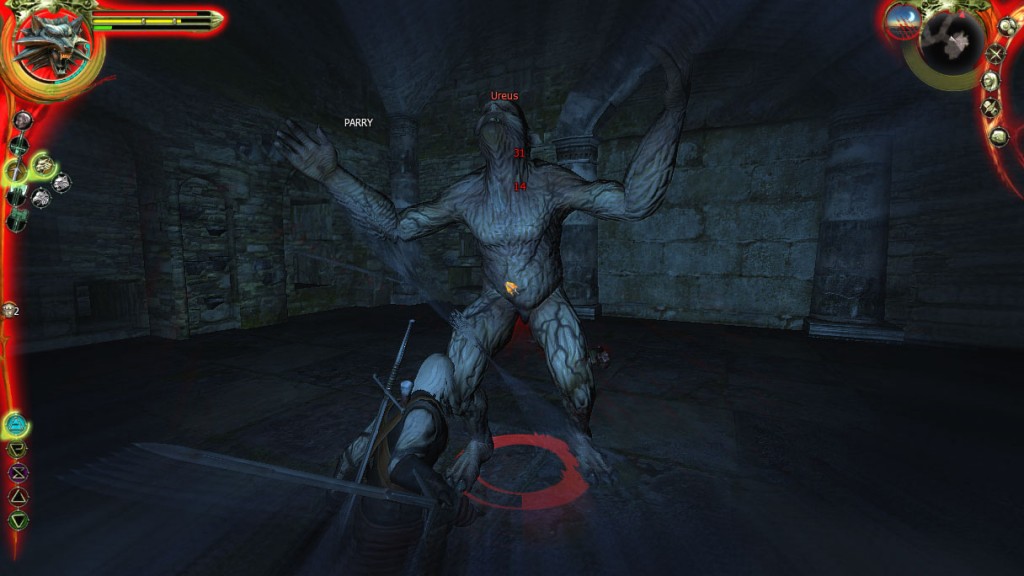 The Witcher provides the player with two different camera choices, a classic isometric camera, and one over-the-shoulder third person camera, which is the one I recommend, as it helps with providing the player a lot more immersion.

There is also a slight bit of nudity in the game, in which is represented in a funny way, Players collect a series of cards (that are censured in some countries) once when they meet or have been contact with the opposite sex.  The cards are classed like a notch on the belt if you catch my drift 😉

The soundtrack to the game is impressive but also a little bit of a let down.  The voice acting not the best and there isn’t enough variation of music.  The Witcher is quite a large game,  and having to listen to the same music repeating itself even though its of expectional quality can become a little annoying after a while. 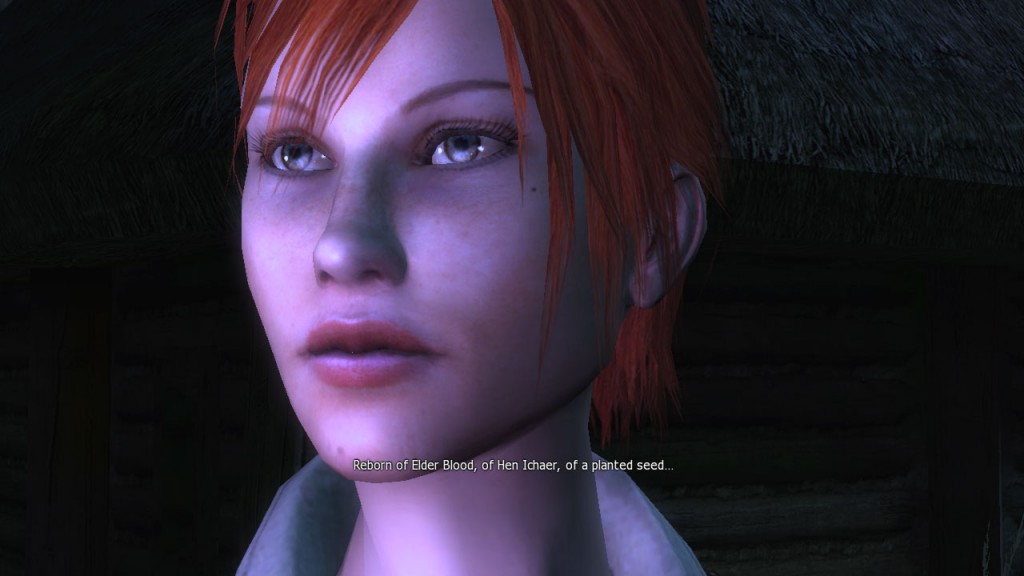 Initially the voice acting was really bad when the game was first released, but with the enhanced version/update of the game this has been somewhat fixed with new re-recordings for nearly every character . The main character of the game, Geralt’s voice is really deep, expressing his style and feelings really well.

Sound effects are fine, there’s some attention to details in them as well.

CD Projekt RED did well with the original Witcher, and they really fixed everything with an “Enhanced Version”. The Witcher has always been a good game that could easily compete with other bigger and famous western rpgs. It’s a game without a big name, big budget, or a big marketing push, but none of that matters, since the the game proves this without all of that.

There’s so much inspiration and dedication behind The Witcher, so it’s impossible to not hype about it’s sequel. I’m really curious to see where they will take Witcher’s universe and gameplay this time around.

Play The Witcher, become a new fan, and be prepared for the sequel. I’m sure it will be worth!