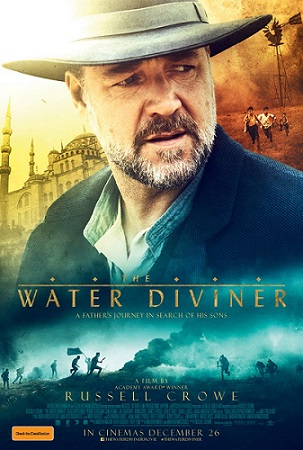 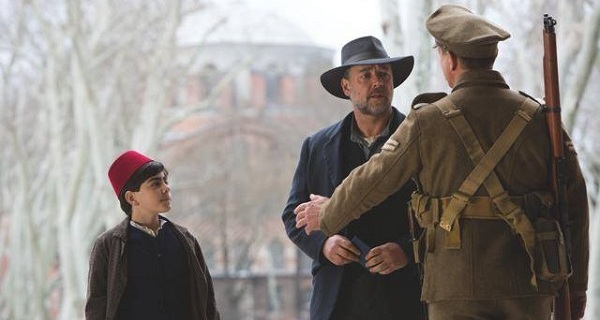 Gallipolli has an interesting relationship with the idea of an Australian identity. For many, it’s a battle which signifies the growth of Australia from a colony and cements our status as a nation. For others, it was simply another, bloody, instance in our history of Australia being another constituent of the British Empire. This topic is especially contentious with the centenary anniversary of the battle fast approaching and it is in this context that Russell Crowe makes his directorial debut with The Water Diviner, which provides a unique perspective on the battle of Gallipoli. 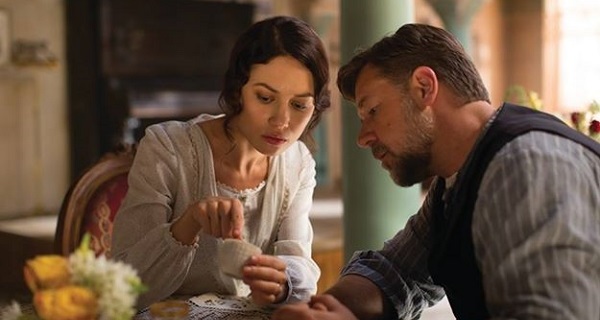 The film starts off with its focus upon the Turkish troops facing the ANZACs (Australian and New Zealand Army Corps) at the battle of Gallipoli. The troops charge across no-man’s land to find the opposing trench empty and booby-trapped. The ANZACs have evacuated and the Turks have won.

The focus then switches to follow our protagonist, Joshua Connor (Russell Crowe), as he lives a life of pastoral bliss in rural Victoria, Australia. Behind this idealised veneer however, Connor and his wife grieve for their sons who went missing during the battle of Gallipoli. After his wife dies, Joshua sets out to search for the remains of his sons and to bring them home so he can bury them alongside his wife’s remains. His journey takes him to the ancient city of Istanbul where he finds comfort in the attentions of Ayshe (Olga Kurylenko) and ends up embroiled in the volatile intrigue of the global powers carving up the remains of the Ottoman Empire.

This is a radical take on the battle of Gallipoli. Not because of its depiction of the battle, which has become ingrained in the consciousness of the Australian national identity, but because as an Australian production it specifically chooses to deny its audience that regular comfortable depiction of ‘Aussies vs Turks’. From this first scene, you can tell that this isn’t your standard nationalistic pastiche. Instead it focuses upon the aftermath of the battle and the effect it had on individuals, countries, and (to some extent) the world. The narrative specifically focuses upon the effect of the battle on those who endured it and those left behind by the individuals who did not. 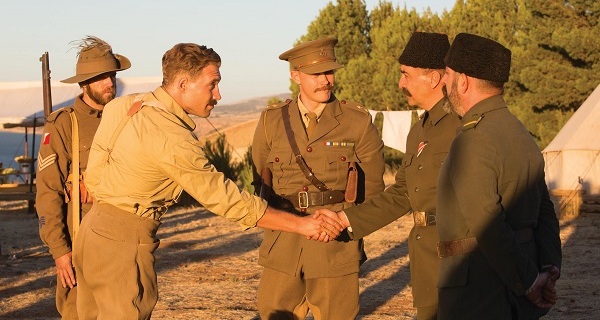 The screenplay felt a little broken to me with the film jumping from one vignette to another as we go from one narrative point to the next. The film does not easily subscribe to an overarching plot, but Connor’s single-minded (and almost naïve) search for his sons does give a constant point throughout the film to which the audience can anchor. The focus moves at a rapid pace to create juxtaposition between the innocence of the Australian outback in contrast with the horror of Gallipoli and the intrigue of Turkish nationalism. This does mean that the story presents a number of themes which feel underdeveloped, but this eclectic style effectively makes sure that there is something present for all tastes and I certainly didn’t feel bored. Connor’s search for his son’s never felt like it overshadowed the greater political developments in the movie or vice versa, and for that the screenplay deserves kudos.

The film’s weakpoint, I felt, was certainly the character of Joshua and the depictions of his idyllic lifestyle in rural Australia. I felt that it was too simplistic and saccharine for my tastes, but I believe this was intentional to further highlight the death of innocence for Joshua and his sons as they deal with the horrors of war (especially in one shocking moment near the end of the film). I wish that the film gave more time to explore the Connor family as it does feel somewhat heavy-handed in its current form. 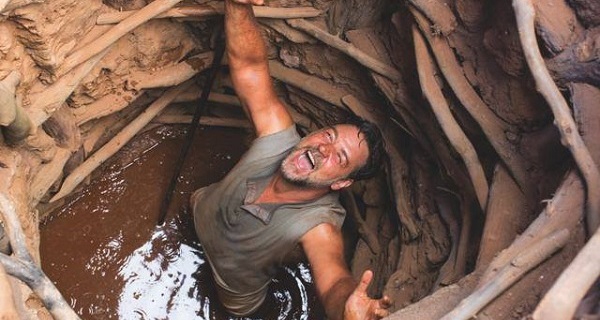 Kudos should be given to the film’s portrayal of Turkish characters with Kurylenko’s and Yilmaz Erdogan both being worthy of kudos. Kurylenko gives a wonderful depiction of someone who is caught between two cultures as she struggles to reconcile both Turkish and Western cultural influence within Ayshe. Erdogan gives an excellent turn as Major Hasan and presents us with a sympathetic depiction of a soldier who has been through hell, but is still willing to sacrifice for what he considers right. Similarly worthy of praise, the British officers in the film (Jai Courtney and Dan Wyllie) provide the film with (almost pantomime) villains, although they never develop much more than as caricatures of British aristocracy and imperial bureaucracy.

There are moments where you’ll cry and moments you’ll laugh, just as with any good melodrama. There are also moments where these emotional beats are missed due to the breakneck pace of the action, but they are few between in this story’s grand-yet-intimate scale. 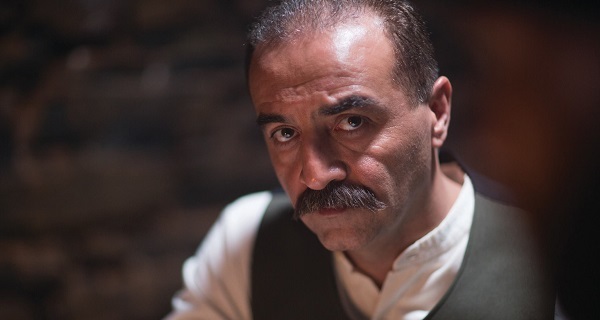 The Cinematography is wonderful in this film with many beautifully composed shots of Australia and Turkey. The natural beauty of the Australian Bush plays well into the film’s pastoral themes and the cityscape of Istanbul certainly provides an energetic counterbalance to natural tranquility. There are similarly interesting shots of the site of Gallipoli itself with post-production effects reproducing the hellish landscape of a 1st World War battlefield.

Crowe’s direction is solid but I felt that his camerawork and editing were amateurish in some isolated sections. An instance I noticed had some shots which were overdone with the camera zooming in to a close-up on a character speaking line which ultimately felt innocuous to the action. This is me nit-picking to a certain extent, but it did feel noticeable at the time.

The film’s score, composed by David Hirschfelder, provided a suitable soundscape to the action onscreen but ultimately did not particularly stand out for me. Honestly, there’s not much more to say in this regard… 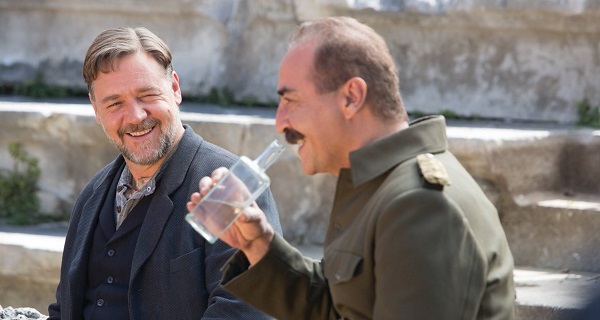 The film provides us with an interesting example of an Australian production’s  unique take on what is a well-examined aspect of the Australian national identity. The film felt like it was going for Spielbergian sentimentality and for the most part it hits my heart strings and funnybones where it should. The acting is great, the writing is engaging and the direction is largely solid. It is a heartfelt and, in my opinion, fitting tribute to the battle of Gallipoli so close to its centenary anniversary. It won’t change your life, but you’ll enjoy yourself nonetheless. I have no trouble in recommending this film to anyone who appreciates melodrama, Australian cinema, or to anyone who just feels like going out and enjoying a film on a weekend outing.