It seems that there is no stopping The Walking Dead. From its comic book origins the property has spread to nigh on every medium that it can manage. Season One of TellTale’s The Walking Dead is perhaps the most critically lauded of all of the undead offspring (particularly where games are concerned, although Overkill Software could be working on a new champion), and The Walking Dead Pinball pulls its inspiration from Lee and Clementine’s journey. Whilst this pinball table is all about the characters and locations of that story it’ll be a far bigger draw to those who are already fans of the base game it is a part of- this about a cool pinball table, not the zombie apocalypse. 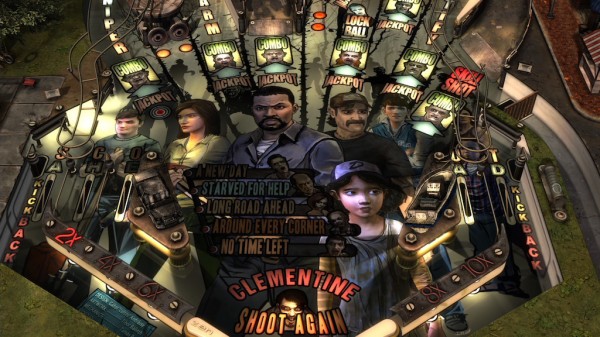 The table is DLC for Zen Pinball 2 or Pinball FX 2, depending on your platform. The base games are free, with an ever growing selection of downloadable tables that riff on a particular property;there are Star Wars and Marvel tables aplenty, with Plants vs Zombies and Street Fighter tables already representing for video games. It’s no surprise that The Walking Dead has been granted the same treatment, and given the quality of this table I’ve now got my fingers crossed for a Wolf Among Us table- just think of the pretty colours!

Play pinball. Get high score. Obviously. Anyone who has picked up a Zen Studios pinball game will know that the basic mechanics of their tables are incredibly solid. On the PlayStation 4 the flippers are controlled with those nice new triggers and the tilt mechanism is on the sticks. That’s all there is to it; the hook is in learning the ins and outs of the table, which in this case includes a tricky skill shot and plenty of game modes to keep things rolling. 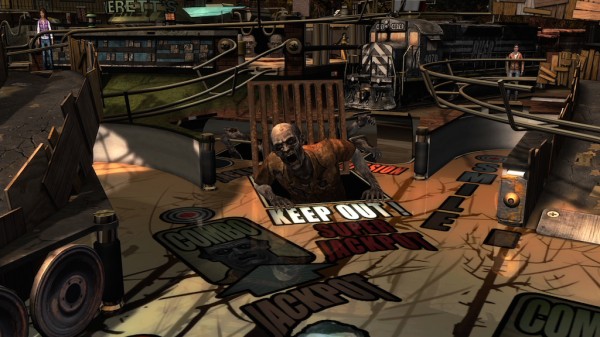 The most obvious of these is the Walker near the middle of the table. Hit him three times and he’ll retreat into his lair, leaving the path free for the ball to kick off one of the five missions modelled on the episodes of Telltale’s original game. These can be accessed in any order and do their utmost to include the choice mechanic that made the original so engrossing.

Whilst the intention is good the lack of context to the choices means that those who haven’t played the original won’t have a clue what is going on. Fans of the series will get a better deal of course, but they better be fans of pinball too. It’s a pretty tough table and the story elements – whilst a nice flourish that honour the original – are essentially used to choose bonus modes on the table. The variety of these is impressive though, and it is certainly the first pinball table I’ve ever seen that has a gun barrel sniper section in it. 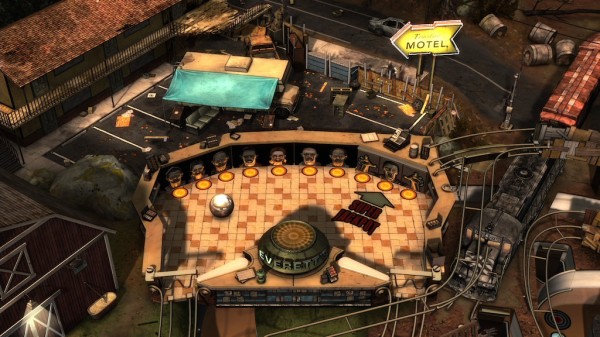 The story missions aren’t the only special modes either, with plenty of stuff to be triggered including a zombie horde, collecting rations and playing a game of football with Clem. Having Lee and Clementine inhabit the bottom of the table is a nice touch, even if they can be a bit distracting when playing the story missions. Making a choice is accompanied by a small animated scene with Lee and/or Clem, and a split second after it finishes the ball is back in play, more often than not in the gutter as you’ve been paying too much attention to what’s happening with the characters. It’s something that you get over as you spend more time with the game, but in the early stages it is a little irritating.

Getting good mileage out of the table (and indeed the base game) is all about dedicating time to getting better, getting good with shot placement and thus triggering more special modes more often and racking up a higher score.  The choice mechanic is really window dressing, and whilst it is extremely faithful window dressing, a love of The Walking Dead does not necessarily mean a love of the pinball table too.

The art and voice work of The Walking Dead table are a mirror to the original game. Lee and Clementine are both voiced by their original actors and have some new lines, and nigh on every setting from Season 1 is crammed into the table. Walkers roam the streets of Savannah, the train nestles between some of the rails, and Everett’s and that barn also get a look in. It’s impressive just how much of Telltale’s game has been put into one table, and thanks to the music and voice acting the whole thing not only looks as it should, but feels it too. 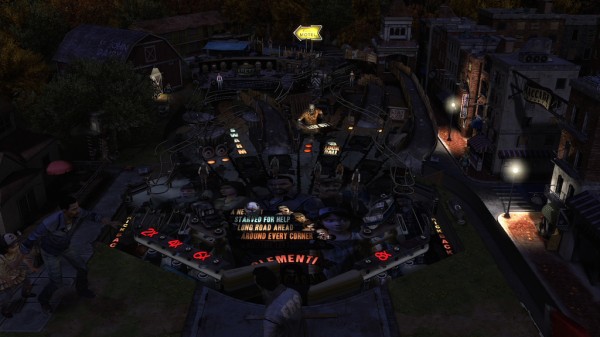 Zen Studios have held a mirror up to Telltale’s The Walking Dead and reflected it on to a pinball table. That’s pretty good going. It’s challenging, has plenty of variables and features and oddities to discover, and has the usual complement of high score tables and multiplayer to round out the package. Trying to implement the choice mechanic is a brave decision, and even if it doesn’t quite work it still gives the table a unique feel that will please fans of Lee and Clementine’s adventure.