Overview:
Whenever someone mentions zombies in games there will usually be a group of people who start to sigh and will immediately start to place that game into a certain category. However over the last few months we’ve seen just how different a zombie adventure can be when it is crafted masterfully over time. Telltale Games has managed to create a compelling and emotional experience as fans waited anxiously for the next episode in their Walking Dead series of games. Now that the company has brought this first adventure to a close, is it something we will be talking about for a long time to come?

Story:
It is worth noting that if you haven’t played through episodes one through four at this point, that there will be spoilers as they are simply unavoidable and if you haven’t done so yet, then you better set aside some time as the emotional build-up you will experience throughout those four episodes all culminates in this finale episode with Lee Everett’s story coming to an emotional finale.

Unlike previous episodes, Episode 5: No Time Left picks up during the final moments of Episode 4: Around Every Corner as players are given a small recap of the fact that Clementine has been taken by some unknown perpetrator, Lee has been bitten by a zombie and a massive horde of undead has begun walking the streets of Savannah. From this point players are given only one goal… find Clementine at all costs and damn the consequences. 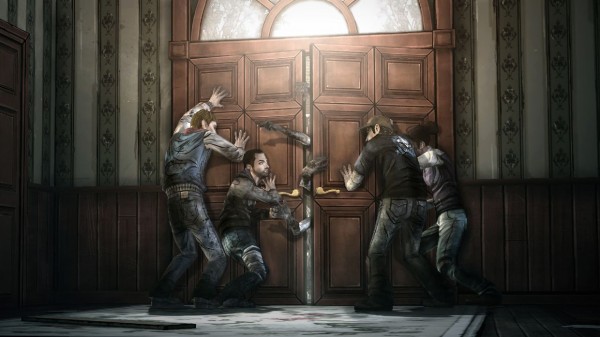 After their decisions in Episode four, players can come across a number of different scenarios right from the get-go as Lee may be able to seek help from the entire group or he could be all alone at the start, but players will never feel like they may have made a wrong decision somewhere in the past. In fact, Telltale manages to bring everything to a head here in the final episode and we see Lee become a man with only one goal in mind and those around him can rally around his cause and do their best to assist him any way possible.

While Lee and Clementine’s plight may be the focus here and the story barrels forward at a fever pace there are a few segments where the game’s pacing slows down and players are given a few simple puzzles to solve and chances to converse with the group that may still be with them. Players will have chances to talk about things which occurred many episodes ago and depending on your decisions the dialogue and choices will change as well. The personal interactions with the group help drive the events this group has went through and some may even redeem themselves in some form. 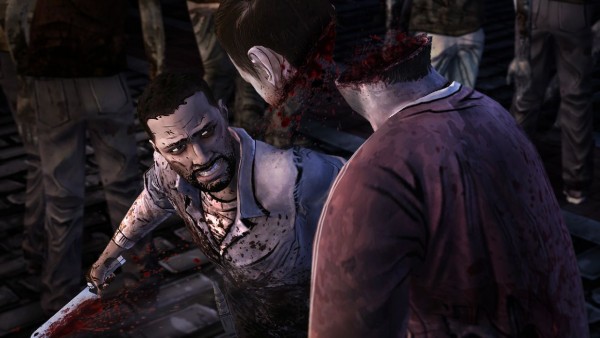 Player choice is even now still instilled in this episode and the choices are as brutal as ever before with a number of terrifying decisions scattered throughout the episode. With Lee racing against the clock he has become more straight forward than in the past and there is always a sense of urgency to every decision that has to be made as this surrogate father searches for a young girl, whom many may see as an adopted daughter by this point in the story, in the hands of a stranger in the middle of the zombie apocalypse. Ultimately many of your choices don’t make a massive impact on how the story itself will play out, but with the end drawing close and the sacrifices that the group must make things begin to tumble out of control in heart-rending ways.

Visuals & Audio:
As one would expect, Episode 5 features the same aesthetic style as the rest of the episodes but ultimately No Time Left appears to be the most visually impressive out of the five episodes in this first season of the game and never is this clearer with Lee’s character design. As the story barrels on, not only does the player’s situation make them feel desperate, Lee’s appearance begs for the player to hurry as fast as they can because he literally has no time left. Each segment of the game sees Lee’s facial structure and appearance grow worse as the infection spreads and Clem is still so far away… 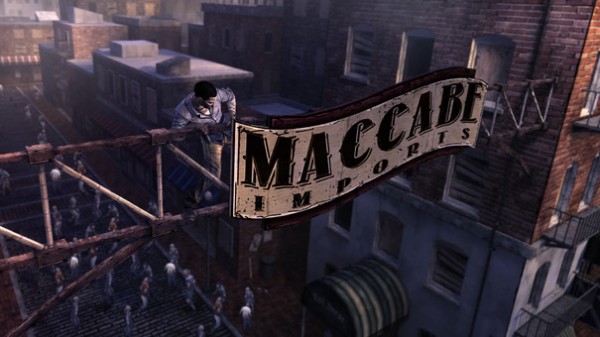 As far as the game’s voice work, there is still the same amazing voice cast returning to voice characters that they’ve had a lot of time to work with and many of the most emotional scenes are driven home thanks to how much emotion these voice actors/actresses put into their rolls. The same can be said to the game’s background music which is used sparingly but to great effect during actions sequences and dramatic moments.

Gameplay:
Telltale has managed to find a nice balance between action and dialogue sequences in this episode and every time the player manages to encounter a puzzle it is still rather easy to solve though with the clock ticking a difficult puzzle would be the last thing players should be worrying about.

As for the game’s action sequences there are a number of very brutal scenes that, when combined with the art style and sound track, create perhaps the best action scenes all season. Zombies come back in a major way and they are more deadly than ever before as the limited ammo supply quickly becomes an issue and hand to hand combat becomes the last thing between life and death. 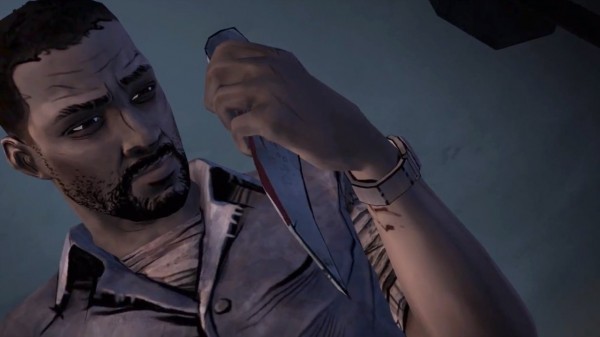 It is worth noting that during one section later in the game Lee became stuck interacting with an object and the only way to fix the issue was to back out of the game and re-start from my last checkpoint, though only a few minutes were lost. Outside of that it actually seems like Telltale has managed to create a nearly bug free experience with No Time Left.

Overall:
When the screen fades to black and the credits begin to roll the only thing I could do was sit there and silently watch with bated breath for the epilogue to begin and even afterwards I struggled with my emotions as this season came to an end. Few games can create emotional impact of this scale and Telltale has managed to do just that. It is hard to say goodbye to a series which made me care so much about a group of characters and their plight but this is the emotional ending that the game and the fans deserve. Everything we have done was for Clementine and in the end, there is only hope.