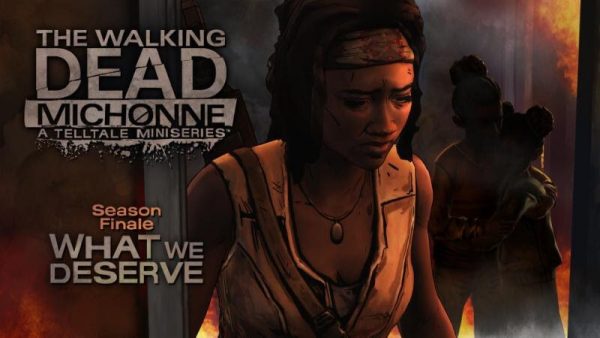 Over the last couple of months we have seen The Walking Dead: Michonne tell us a rather underwhelming tale following one of the most popular characters of the franchise. Now with everything coming to an end with this final episode, how will Michonne’s short side-story come to a conclusion in What We Deserve?

Like past reviews for episodic titles, those who have yet to play the first two episodes in the series will likely want to steer clear of the review or risk spoiling themselves on certain events that have occurred over the course of the first two games. It is also worth noting that those who haven’t been keeping up with the original comics still do not have to worry about any spoilers for the main storyline. 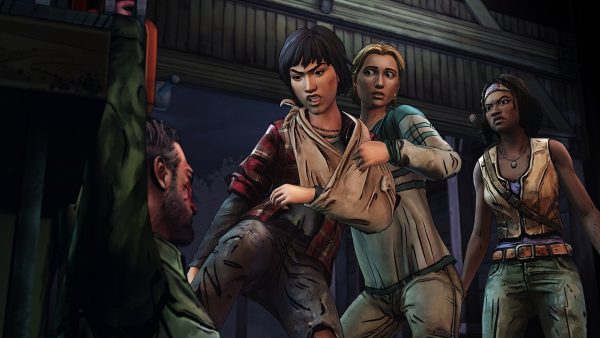 With that out of the way, The Walking Dead: Michonne – What We Deserve starts out with a little deviation from the formula by taking players on a few minute flashback to “two weeks earlier” in the story where we see Michonne shortly after she joins Pete and the rest of the crew on their boat. After that brief respite from the current danger, the story resumes with Michonne having to make some difficult decisions as Norma and her gang are closing in and with the lives of everyone in the new group hanging in the balance, there are some decisions and negotiations to be made.

Regardless of how  you chose to end things with Randall at the end of the second episode, players will proceed down a path where they will need to negotiate with Norma in order to put an end to the conflict between her group and Michonne’s as well as save some fresh hostages. Most of the time in this episode is spent leading up to the negotiations as players talk with the children of Sam’s household who are struggling now with not only the loss of their older brother but also their father. This leads to a few emotional moments that for once actually do manage to have some impact though this is primarily due to the fact that Michonne’s haunted mind is at its worst in this episode. 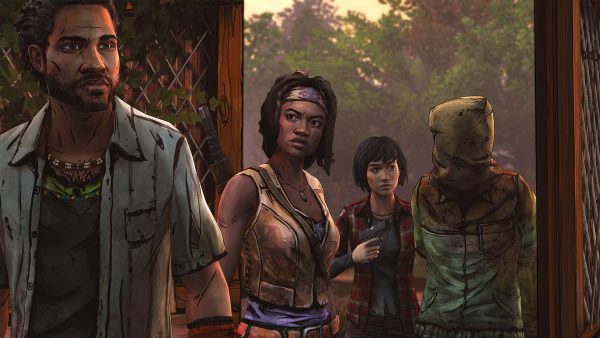 Throughout the series so far we have watched Michonne suddenly flash back to her old life and chase after the shadowy phantoms of her young daughters and this episode brings that to the forefront. Walking around the house only for the daughters to suddenly shift into existence and run from room to room had me on edge and thanks to the fact that almost everyone Michonne has left to work with are children as young as her daughters were, the parallels presented are fairly clear.

This means that Michonne continues to shine as the star character here and thanks to the way her haunted past continues to rise up and is finally confronted at the end of the episode (albeit through an obvious one-sided choice) players will have some conclusion here. Outside of Michonne’s own personal struggles What We Deserve has to also wrap up the rest of the storyline and unfortunately other than a few emotional moments with the children, players can’t expect too much in this regard thanks to the fact that the game forces players into conflict. 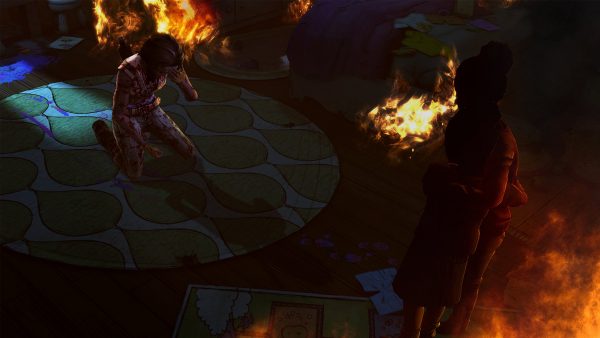 No matter how well players handle their negotiation with Norma and even if they successfully complete an exchange where everyone could walk away peacefully, the characters decide to plunge themselves into a battle that makes up the second half of the episode and runs all the way to the end of the episode. It is obvious that players simply cannot avoid the fight thanks to the way that so many of the later story developments and the end of the episode play out as none of them would even have appeared if everything went smoothly.

This lack of an actual decision is disappointing but unfortunately not that unexpected and even player choices earlier in the series only have minimal impact in this episode as certain characters that may have been spared or brought with you will be appearing where they otherwise wouldn’t. As for the decisions in this episode, players cannot expect much in the way of any meaningful choices outside of whether or not they are feeling merciful an the final choice.

The Walking Dead: Michonne – What We Deserve is clearly divided down the middle as far as gameplay is concerned. For the first half of the episode players will be taking part in various conversations like usual and exploring more of the house that they have taken refuge in while preparing for the meeting with Norma. After this sequence the game then focuses almost entirely on quick time event based action sequences as Michonne kills various enemies, dodges bullets, and navigates a dangerous environment. 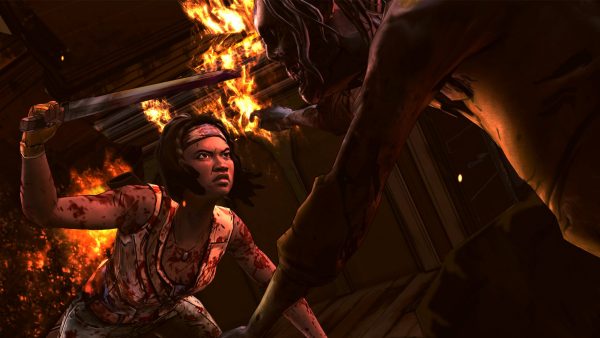 It is worth noting that outside of one specific combat sequence, even the violence that Michonne is so skilled at dishing out has been dulled in this episode as most kills this time are done through simple gunshots than anything else.

Outside of a few small rooms that can now be explored in this episode, players won’t be visiting any new areas in the third episode and while the comic art style continues to work well with the series, especially when one gory death is handled expertly, the game suffers from numerous moments of slowdown even during the simplest looking scenes.

The voice actors for the series continue to handle their roles well with Samira Wily serving as a convincing Michonne while the soundtrack features the same standard tunes we have heard so far while including a very creepy sounding song that players can choose to activate on a record player. In a rather strange choice, the song that plays over the final credit sequences concludes a solid minute before the credits finish rolling, leaving players in silence.

What We Deserve does wrap up the story in an action-packed, albeit forced, manner that will likely leave many feeling alright, but far from satisfied. Considering the fact that Telltale Games had to work with a character that is established in the core story of a franchise and is still alive it was obvious that they only had so much they could do with The Walking Dead: Michonne. This means that while players can learn about the history of her family, she ends up almost literally right back where she started as Michonne stares off into the distance and chooses to return while the uninspiring side characters that have been introduced go off on their own.