Overview:
Very few games can derive an emotional response from players and even fewer titles can make a gamer actually care about the characters in the game. Now while full retail titles may struggle with these concepts, one episodic series has managed to accomplish this with only two episodes so far. I’m talking of course about Telltale’s The Walking Dead. We’ve already covered the first and second episodes of Lee’s journey, the reviews of which can be found here and here, but how does this third episode turn out? Let’s find out.

Story:
After surviving the events at the dairy farm, Lee and the rest of the survivors have been raiding Macon in an effort to scrounge up any supplies that they can. However Macon is nearly picked clean and every time someone ventures into the town more zombies seem to appear and the stakes grow higher. With Kenny’s RV fixed up and ready to go at any time, the survivors are at a breaking point over whether they should stay or whether they should go. 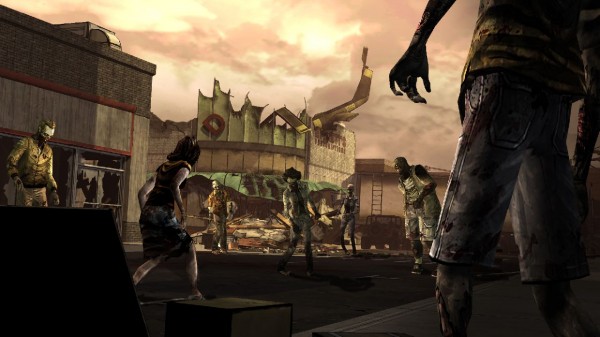 With the group practically fractured at this point, all it takes is one more push to send everything into a downward spiral. When their meager supplies start mysteriously disappearing, Lily sets Lee on a mission to find out who is taking their supplies and what they are doing with them. However before a true culprit can be discovered, the group is forced to leave the hotel in a spectacular fashion. With tensions high and only a long road ahead of them, what will happen to Lee and Clementine now?

As anyone who played the last episode will remember, the story focused around the outside elements surrounding the group and the darkness of human hearts. This time around the focus of the storyline is set directly on the group itself and their interactions with one another as their situation becomes increasingly desperate. 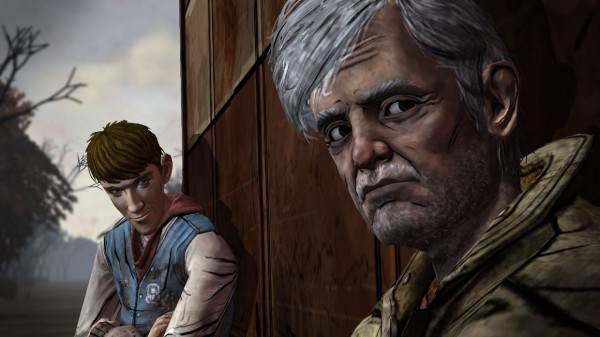 A number of few new characters are introduced this time around, a train riding hobo and a couple of young adults. While Chuck the hobo provides some sound advice, little is known about this man and even less is known about the couple as players are only given a short time to acclimate to their presence.

If you thought that any of the previous episodes of Telltale’s The Walking Dead had, for lack of a better term, What The F*** moments, then you haven’t seen anything yet as a number of occurrences throughout Episode 3 will leave the player’s jaw on the floor. Outside of these dramatic moments, there are still a few touching scenes with Lee and Clementine as the two’s bond deepens in the hellish world and plenty of moments that will throw the player’s emotions into turmoil. 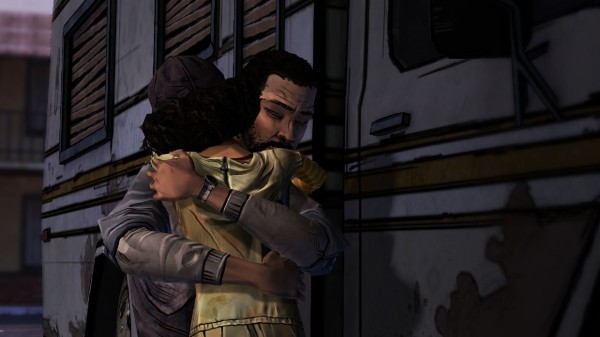 It is worth noting that, like before; Episode 3 does leave off on a rather unexpected cliff hanger, though this time around gamers are left with more of a mystery than dread and worry. However it does provide a decent stopping point for the story and players will be eager to see the continuation of the story in Episode 4.

Visuals & Audio:
Episode 3 of The Walking Dead has retained the same sharp visuals as the past two episodes, with the environment and the characters drawn in a stylized way that appears to be similar to comic book art. The newly introduced characters and returning characters are still designed impressively while anything involving killing zombies is just as brutal as before.

That being said, I encountered a number of performance issues while playing through episode three. In the middle of the episode I experienced a number of technical issues such as entire character models becoming invisible, though they can still be talked to and interacted with, and a few exploration areas where Lee would begin to rubberband while walking through certain areas. 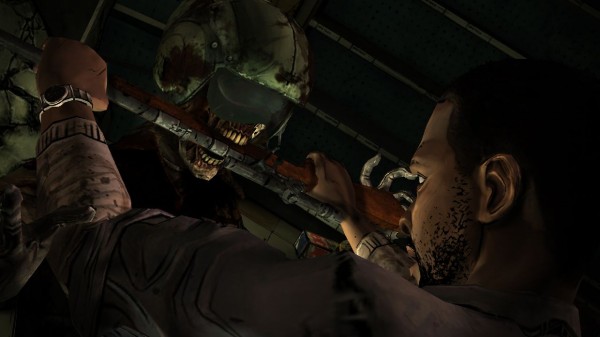 As far as the voice acting goes, the same level of quality is presented in episode three as in past episodes with the each of the cast voiced well enough, while new characters presented this time around are also given skilled voice actors. The same can be said about the background music and atmospheric noise noise creating a perfect setting for the events as they unfold.

Gameplay:
This episode of Telltale’s The Walking Dead focuses more on exploration and talking with your fellow survivors than solving puzzles, though there are still a few included for those eager to solve things. That being said, nearly all of the puzzles you encounter are rather easy to solve, but outside of a few standard puzzles, they do help push the player towards solving a mystery which not only moves the plot forward but reveals some of the darker sides of the group.

It is worth noting that this episode does feature a shooting section where players will need to aim down the scope of a gun and shoot various enemies. The shooting in this mode is awkward at best as Lee apparently still hasn’t gotten the hang of aiming a gun, though the game does lend the player a hand with most shots simply having to be near an enemy to kill them, not a direct hit. 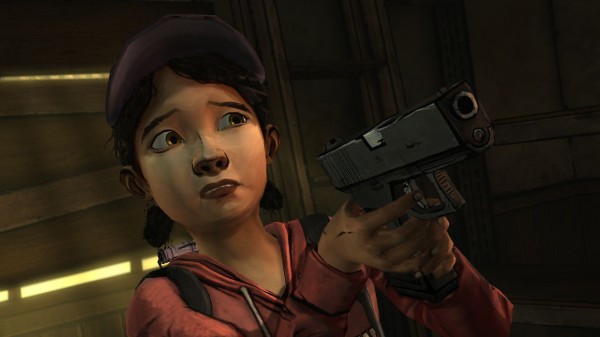 Zombies do play a larger role in this episode than they did in Episode 2, though the focus of the story is still on the survivors and their emotions. It is worth noting though that a lot of people may be a bit upset when they learn how some of their choices in past episodes will end up once the credits begin to role in Episode 3.

Overall:
We’ve come to the middle of Lee and Clementine’s journey in this zombie filled world and the stakes have never felt as high as when you make your way through Episode 3. Though there are a number of technical issues which can bog down the experience, Episode 3’s stunning story will make gamers question their past decisions and with each episode as exciting as the next, Episode 3 will leave gamers concerned about what else could possibly happen to the group once Episode 4 rolls around.