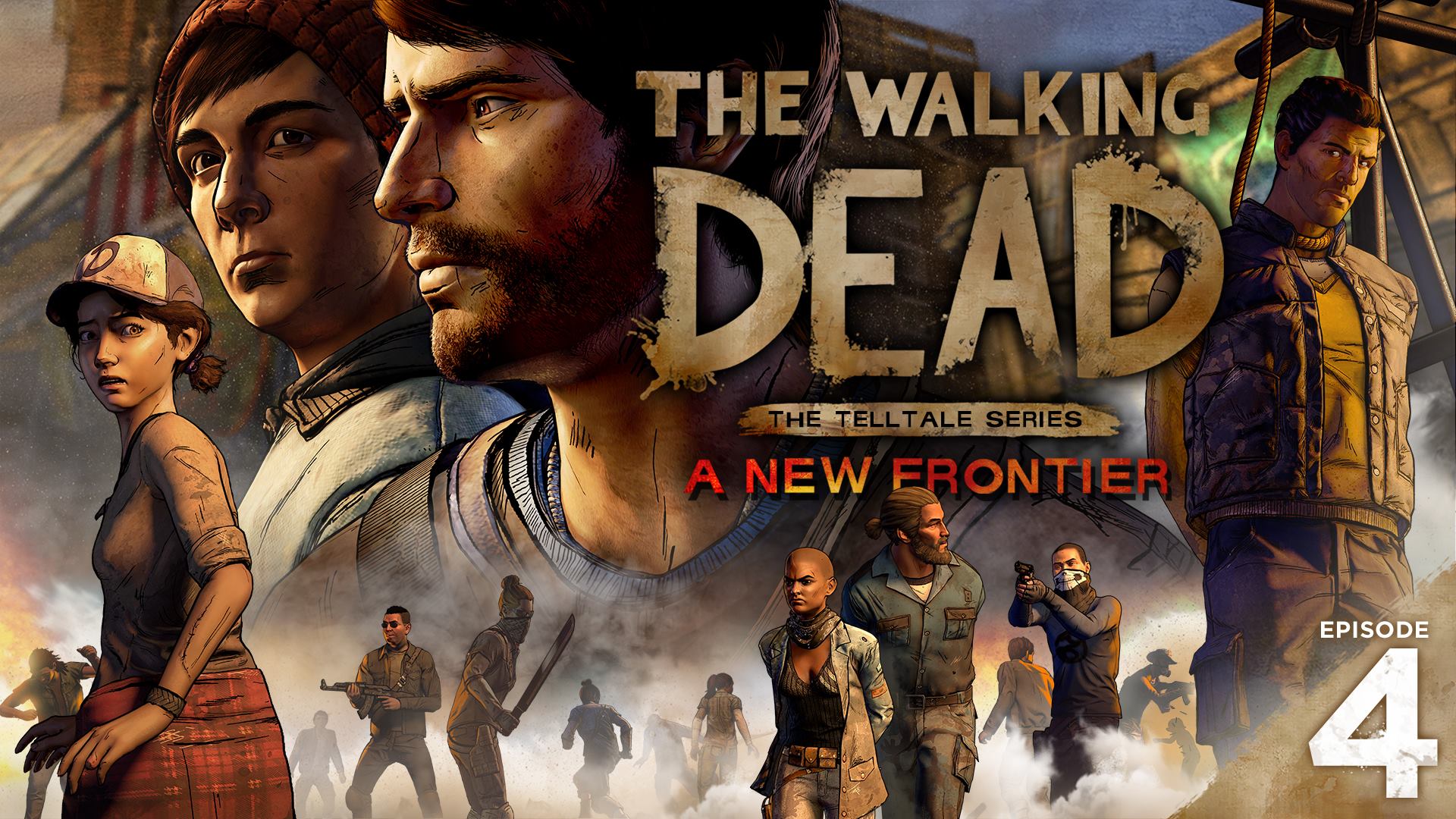 The Walking Dead: A New Frontier – Thicker Than Water

With The Walking Dead: A New Frontier focusing on introducing us to an entirely new cast of characters and combining their story with Clementine, this season so far has been managing to do a fairly decent job at raising the stakes throughout the three episodes so far. Now with the fourth episode, Thicker than Water, released do they manage to leave fans excited for the eventual conclusion?

As per usual with these episodic game reviews, those who have yet to play the previous three episodes of The Walking Dead: A New Frontier should do so before continuing on as there will be certain events discussed that may spoil reveals that have occurred in these past episodes that would best be experienced firsthand. 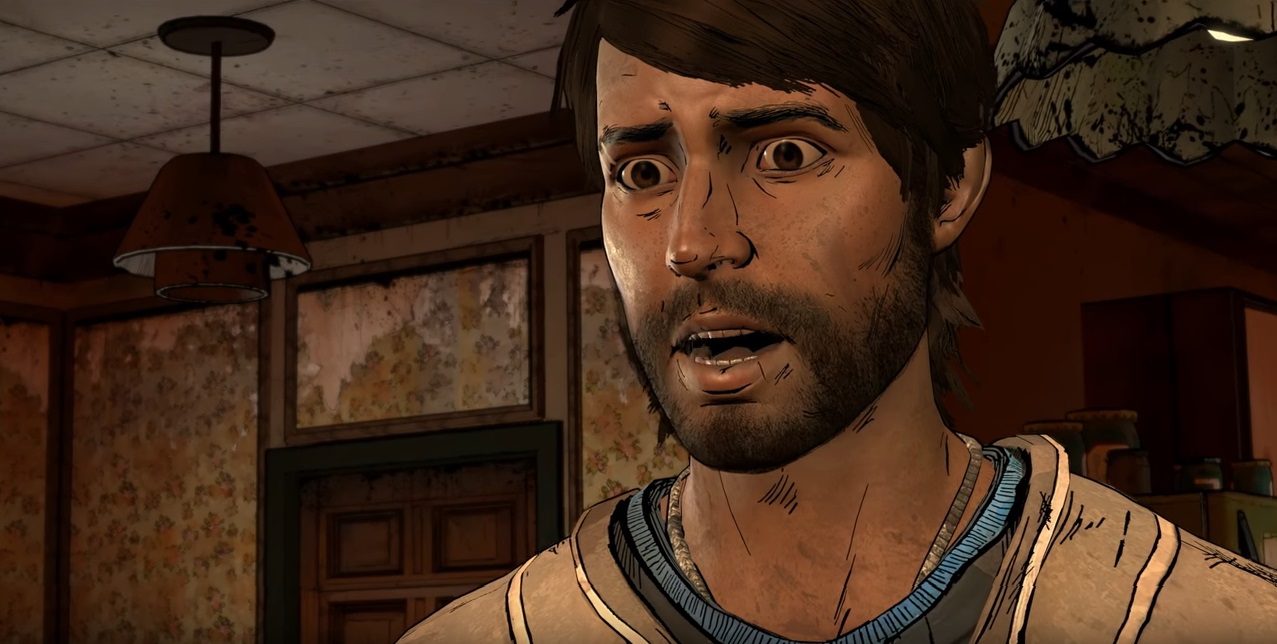 Once again The Walking Dead: A New Frontier begins with a fresh flashback to before the undead began to walk the Earth but this time the focus is placed solely on Javi and David as they spend some time at the batting cages. While many of these flashbacks have given us hints into the family dynamic that was established long before zombies became an issue, this one falls flat primarily due to the fact that we see very little in the way of new information here other than giving the player an option to support David one more time.

After returning to the episode proper we find Javi and David imprisoned by Joan as she continues to drive the New Frontier down her own path. After David is removed from the cell and taken to Joan, Javi is able to escape and reunite with the rest of his group and begin to plan their next move. Unfortunately this next move basically involves going nowhere as this feels like one of the first episodes this season that simply places the player in a holding pattern. 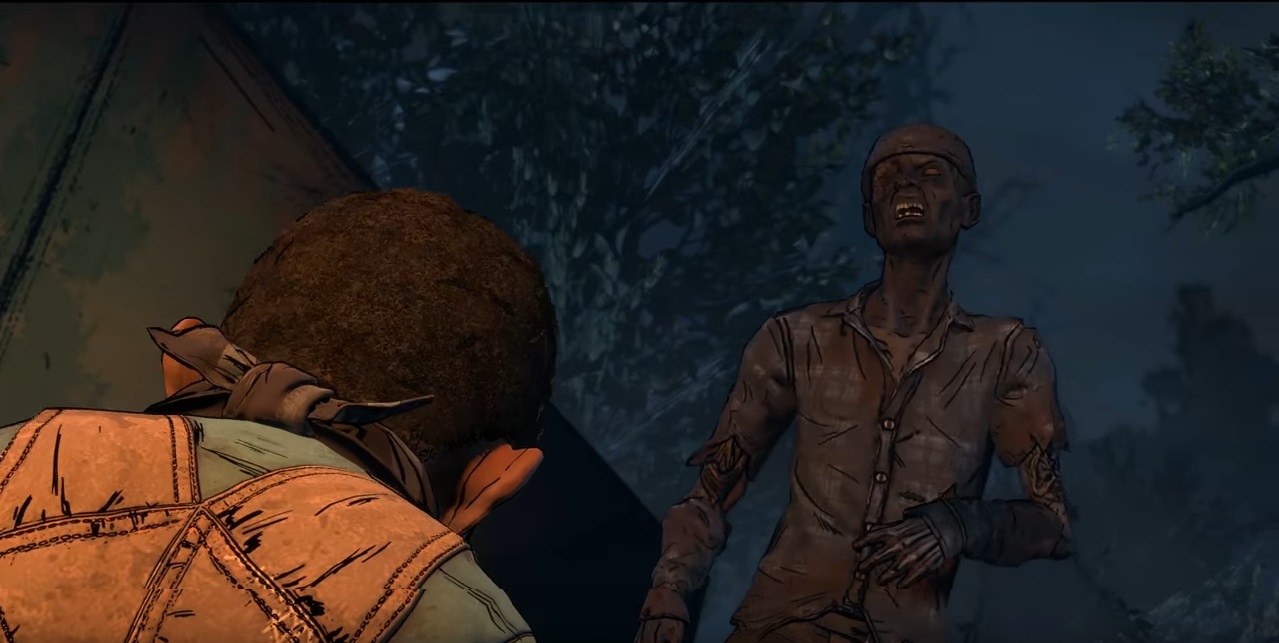 While certain character interactions are interesting to see, such as a certain Clementine scene proving that she is growing up in other ways besides mentally that leads to a humorously awkward scene between her and Javi, many of the other interactions we see here demonstrate very little growth for our cast of characters. This is especially true for core members of the cast who will randomly act one way only to completely change their mannerisms in the next scene, leading to some odd mood swings that are rather out of character.

As a result we for much of this episode players will feel like they are simply going through the motions as the story slowly advances forward towards a final confrontation and a few key choices including one that has been hinted at throughout the series so far, though one of these appears to already be presenting itself as useless by the time the episode comes to a conclusion.

Although building players up for an exciting and uncertain final episode is the main purpose for Thicker than Water, there were likely many more ways that this could have been done but unfortunately the way that was taken here often makes certain characters act out of the norm and certain revelations end up being incredibly simplistic and easy to see coming, especially when the main villain this time is as basic in nature as we have seen from the New Frontier.

Players are presented with a bit more freedom to explore this time around over the previous episode though it is still rather limited. There is a small puzzle to solve as well as a few areas that you can search around but don’t expect much else in this regard. Other than that players will still need to take care of a handful of action sequences as well as make the same choices that they are used to making by this point in the game. 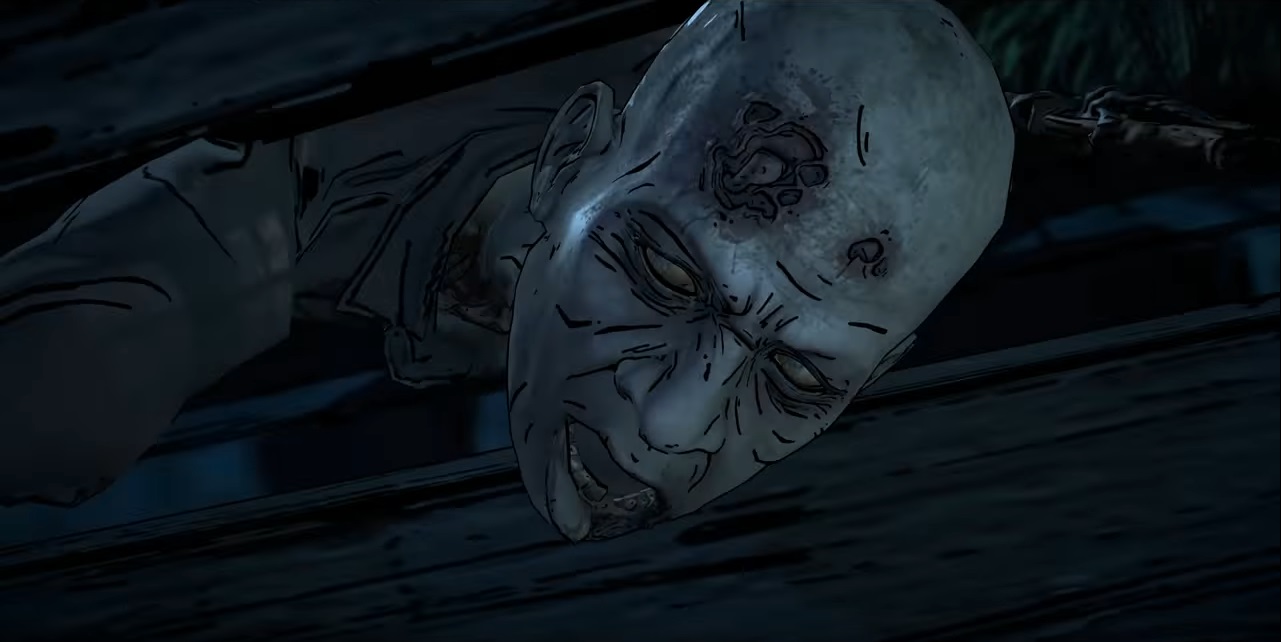 It is worth noting that unlike past episodes Thicker than Water actually ran almost perfectly with no technical issues arising throughout the playthrough.  Considering past experiences with these episodes led to some technical hitches appearing here and there, this is a nice plus that it was avoided this time around.

Since players spend most of their time inside of a few areas in this episode we don’t really see a whole lot of new areas but the various scenes we are presented with still look quite impressive thanks to the art style and character designs. It is worth noting that the voice actors still perform an admirable job despite the inconsistent nature of their personalities this episode.

When you come to the penultimate episode in a season that has been attempting to tell its own story with new characters while also interweaving an old favorite, there is a certain amount of leeway you can take to make sure things progress at a nice pace. Unfortunately the way it is handled in Thicker than Water is not only out of character most of the time but also incredibly dull as players simply go through the motions until the final confrontation leading to a cliffhanger. Whether or not The Walking Dead: A New Frontier can wrap things up in a satisfying manner in the next episode is a question that fans will likely be looking to, but first they must tackle this obstacle in order to see the minimal set-up included in it.

In what may be the worst penultimate episode in a Telltale series so far, Thicker than Water slowly goes through the motions with few worthwhile character interactions before kicking things into gear in the last few minutes to set up the finale.
5