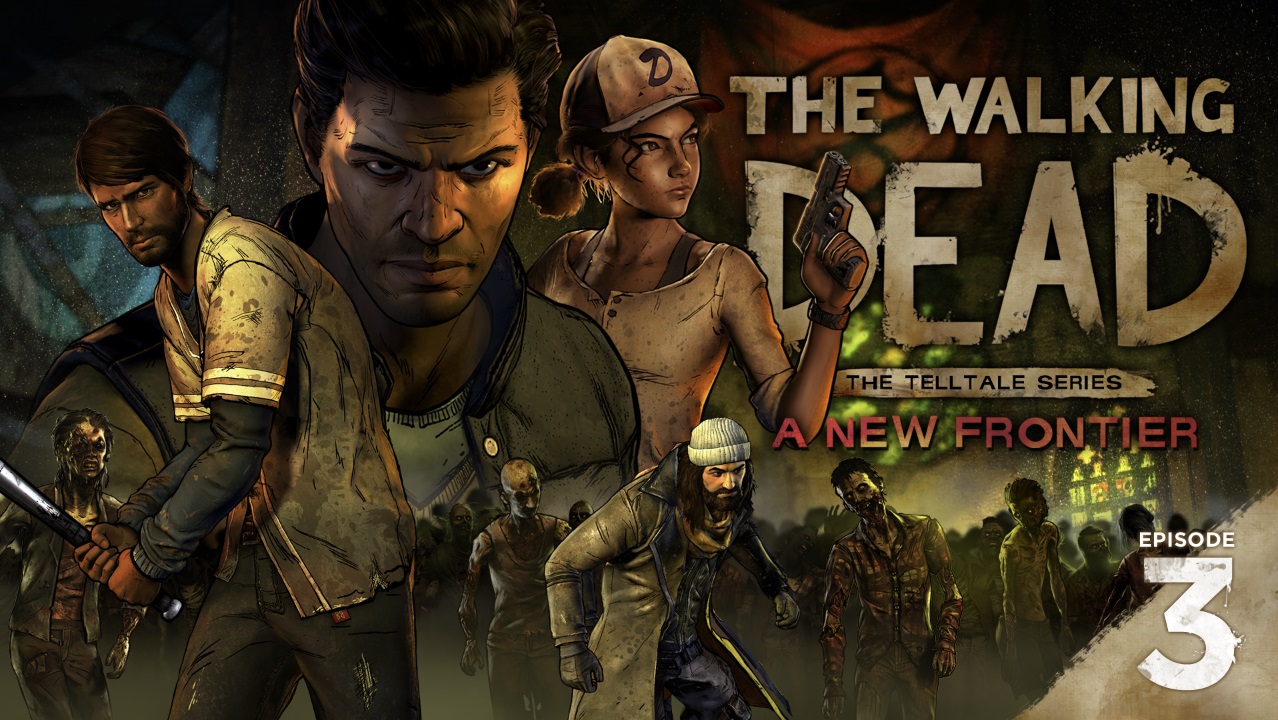 The Walking Dead: A New Frontier – Above the Law

After starting things off at a brisk pace, with two episodes being released at the same time, Telltale Games slowed things down a bit with The Walking Dead: A New Frontier by taking a bit over three months to release the third episode. After leaving players with one hell of a cliffhanger, is Above the Law able to move the story along in a satisfying manner?

After starting things off with a double episode, those who have yet to play through both parts of Ties that Bind should note that the following review will mention certain events that have taken place over the course of the series so continuing on past this point will likely risk spoiling major events or revelations that should be experienced firsthand.

Similar to the previous episodes Above The Law begins by showing off Javi and his family a few short months after the outbreak began. This serves as a way to expand upon the motivations for Javi and the rest of his surviving group members and why they had to leave and hit the road, potentially sacrificing ever meeting the rest of their family again for the hopes of staying safe, and more importantly supplied, while on the road.

Afterwards players will immediately begin where things left off, with Javi’s brother David shockingly alive and also a member of the New Frontier that have been causing our survivors no end of strife throughout the series so far. As one might expect, despite bringing his wife Kat and son Gabe back to him, things grow quite tense as the rest of your companions are not only treated as potential threats but are also quite angry at the fact that they are now meeting people who have previously caused the fall of Prescott and the deaths of friends and family.

Thanks to these hostilities and the fact that the New Frontier is managed by four leaders who Javi has to prove his worth to in an effort to stay inside the walls, reuniting with your long lost brother is far from a blessing, especially with what has been hinted at about David by his wife, various flashbacks, and Clementine. Thanks to another trip back to the past we learn about why Clementine ended up being expelled from the group and why she is so angry at them while showing off just how much of a survivor she is even if she has to act on her own.

Above The Law focuses heavily on raising the tension and drama between Javi and his companions, the New Frontier members, and his family. This does sort of lead to a number of expected developments that tend to leave the player feel like they have very little choice in the matter as the story advances despite their best efforts to either co-operate or stand up for themselves. In fact, an action that one would usually take as common sense is treated as an unthinkable act by one of these companions.

Regardless of the lack of player choice mattering this time, the clever framing and developments over the hour and a half episode will leave the player questioning just who they should believe as the final section plays out. Although the ending this time around does take a rather predictable turn, it is easy to feel like things could have went an entirely different way if certain alignments were shifted and the fact that the threat was there, albeit not seized, leads into an interesting confrontation that only slightly builds things up for the next episode.

In fact, while there are various signs pointing to where the story will be going in The Walking Dead: A New Frontier, the lack of an actual main goal at the moment does feel a little troubling considering this is already past the half-way point of the series.

While there is plenty of dialogue and a few action sequences that require the player to either take down Walkers in quick fashion or solve a puzzle, there is very little in the way of actual exploration. In fact even the puzzle this time around is limited by the fact that players can only complete it after they have examined every aspect of the puzzle. Without doing this you cannot even take the few actions necessary to complete it and considering this is a timed one, players will feel rather disappointed by how tightly the mechanics are held back this time through.

Above The Law continues to look rather impressive with the slightly upgraded looking engine offering better detailed characters and smooth gameplay that never once saw a hiccup throughout my time with the episode. The zombies this time around are fairly similar looking to what we have come to expect though the new areas explored this time, including the inside of the New Frontier’s compound are a nice treat.

It is interesting to note that the voice actors for the characters in this series continue to be very impressive with their roles. Clementine continues to shine in her cut-back role and even the various sound effects during combat have been modified a bit and can be quite humorous considering the weapon that Javi brings into battle this time around.

With plenty of tension halting what should have been an impossible reunion Above The Law keeps the story moving at a fairly solid pace while keeping players on their toes when it comes to dealing with the various members of New Frontier and what actions they should take. Unfortunately these actions are currently given little consequence at the moment and while the predictable route is taken, things do seem to be gaining momentum for whichever route the story will continue down in the episode four.

The Walking Dead: A New Frontier continues to be fairly impressive with their new story that blends together a fresh cast with a familiar face and while tension keeps things interesting in Above the Law predictable developments and an unclear path weigh it down.
7.5