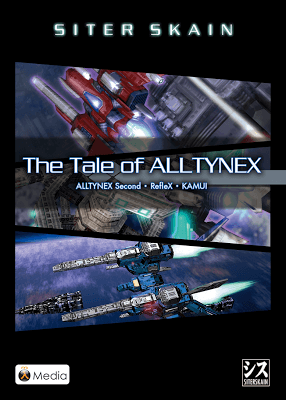 Overview
The Tale of ALLTYNEX is the work of three-man indie development crew SITER SKAIN. The series has already enjoyed prolonged success in Japan and around the globe, specifically within the shmup community. But now the developers are offering an English language version which includes the new TATE screen rotation system (more on this later.) As with the Japanese version this series remains completely DRM free and is now available from a variety of online outlets, including Desura. The Steam Greenlight version is currently awaiting community approval.

Story
The three games each occupy a chapter of one overall story, hence the title. In chronological order, they are: ALLTYNEX Second, RefleX, and KAMUI. Each chapter is set some time after its predecessor and the whole story spans several hundred years. Each game has its own standalone narrative that adds to the original story presented to players in ALLTYNEX Second. 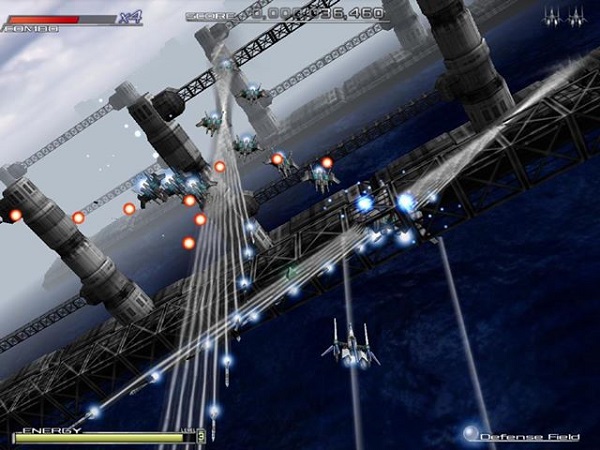 The approach to storytelling throughout the trilogy is rather unique, opting to avoid dialogue entirely and instead communicate key plot changes through the action and audio itself. In this sense, the story is pieced together during the fight, which not only aids the transition from a Japanese language version to an English one, but also avoids any form of distraction from the gameplay. The plot can be loosely summarized as one ‘mildly’ akin to the Skynet idea in Terminator. The player takes on the role of an ace pilot fighting for the freedom of humanity in the face of a totalitarian government that takes it’s orders from a deranged super A.I, known as ALLTYNEX. The story here is central in the sense that the actual narrative is huge, but complimentary in the sense that it’s hard to glean that depth from the gameplay. Although presented as an epic tale, it’s clearly there to serve a function, not to place players on the edge of their seat. Instead, it does exactly what it’s supposed to in this context… It very quickly justifies all that frantic gunning.

Gameplay
Now this, this… is where it’s at as you’ve probably guessed. The gameplay (and the difficulty thereof) serves as the underpinning feature in terms of what makes this an incredibly rewarding and engaging shmup title. Expect enemies to almost always dominate the screen and to be forever dodging reams of gunfire and obstacles. The pacing is varied which creates a sense of the need for constant vigilance. There isn’t a beat where something isn’t happening, and it made the experience all the more refreshing. Perhaps it’s what affords the title its most endearing quality; that it merges the modern with the classic almost effortlessly. Boss fights are well structured, realistic but also challenging enough to warrant the loss of a life or two. Your choice of weapons is more extensive than the game lets on and you quickly realize that it’s often intelligently rewarding you for performing combinations with the three main types of weapon at your disposal. There’s the melee option, which is very handy when you miss two enemies and want to quickly remove them from the situation in style, the main gun which is forever gaining upgrades and enhancements as you play, and the heat seekers which take over the aiming process when you’re busy dodging fire. 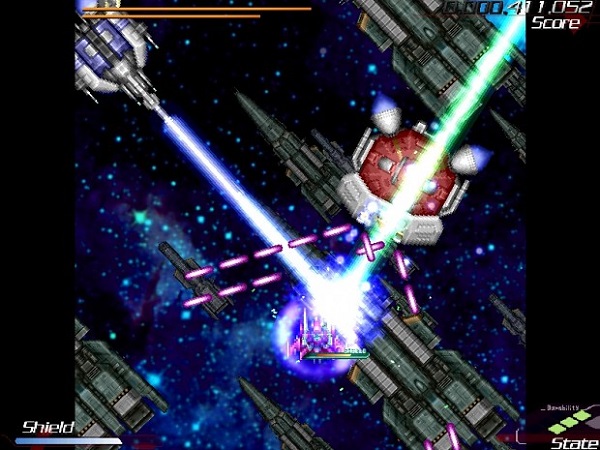 One thing that did disappoint however was the complete lack of controller support. I’ll admit to being thrown at first as the control menu referred to various keys as “Button 1 – (Z)” and yet, despite the misleading presentation, the 360 pad remained unresponsive and unrecognized. For a title like this, a controller felt like a necessity, and the lack of support for one felt, to my mind, like an uncertain move. On the one hand you could assume that the lack of controller support was an intentional feature, aimed at forcing players back into the arcade style ‘tap-age’ mode of play that defined the shmup genre in its infancy, but given all of the modern advancements applied to the visual style I must admit to feeling a little cheated there. I found myself put off occasionally by the presence of ‘clacking’ keys, and I feel I would be misleading you if I said that it didn’t sour the overall experience slightly. But this is me talking here, the reluctant owner of the universe’s noisiest keyboard and overall controller fanboy when it comes to arcade titles.

UPDATE: So after all my whinging about the lack of controller support, guess what?…my pad is on the blink, so I’m off to the shops. My apologies go to Nyu Media and Siter Skain for the error and my thanks go to @AlphaProspector for first pointing this out via Twitter.

Visuals
The visual style is described by SITER SKAIN as 2.5D, which is simply brilliant. It’s the perfect way to describe what’s going on, but for more reasons than were perhaps intended. The game essentially operates on a top down point of view, and yet despite this, the well put together environments give the illusion of great depth and space. Couple this with the frequent, seamless integration of 3D cut scenes and screen rotation during play and you start to feel at odds with the game, as if your brain is slightly rejecting the use of modern techniques in what is clearly a very classic context. In terms of the vehicle, enemy and level design, it all felt a bit LylatWars (N64) – which is a great thing. 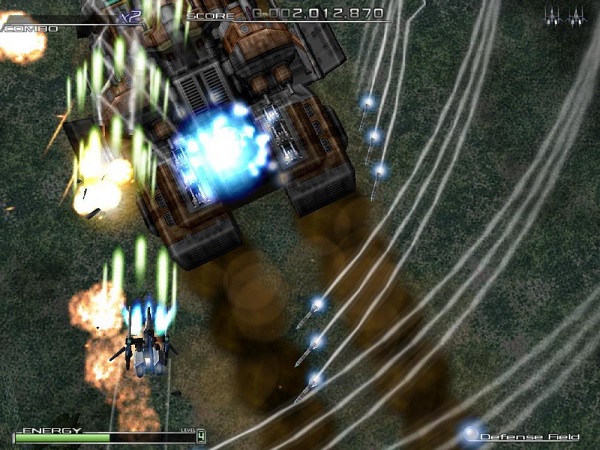 Of course the drawback to presenting a top down shooter at the 3D level on occasion is that the return to 2D is always a little deflating. It almost feels like you’re getting half of the experience that the game can actually offer. Like the engine is holding something back from you. Like you’re getting, 2.5D….

Audio
The audio has exceptional pace, is well produced and blends the classic and modern with the same levels of success as the visual and gameplay elements. As it often signifies upcoming changes in the plot and the presence of new, more threatening enemies, it’s an important one to get right. Luckily, they did. It blares at you a little, like those 90s arcade machines did.

Overall
The Tale of ALLTYNEX is a deeply addictive, proven, classic-meets-modern vertical scrolling shmup that will keep players both entertained and red-eyed for a long time. Where the classics couldn’t improve, SITER SKAIN has. In short, the series fully embodies the spirit of the arcade era, and with the added bonus of improved visual elements, it leaves very little to be desired.