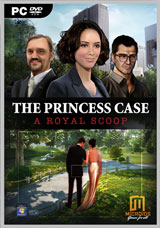 The Princess Case – A Royal Scoop is a very simple point and click puzzle game, which unfortunately lacks in both challenge and scope. What makes this game feel worse than it should, is the large number of apparent bugs. On my first boot-up of the game, I found that some of the opening logos were not displaying correctly. It was fixed on my second playthrough, and has yet to make a re-appearance.  The game seemed to have a pretty intriguing plot, but the way it was presented made me feel a little bored, and each plot point being broken up with tedious point and click find-an-item puzzles made it seem like chore to reach that next piece of exposition.

The Princess Case – A Royal Scoop follows the adventure of an investigative journalist who is assigned to following a case on the upcoming royal wedding taking place within the country. Unfortunately for our reporter, events that are detrimaental to the royal couple, have taken place and it is up to our female protagonist to solve the mystery and get her story. 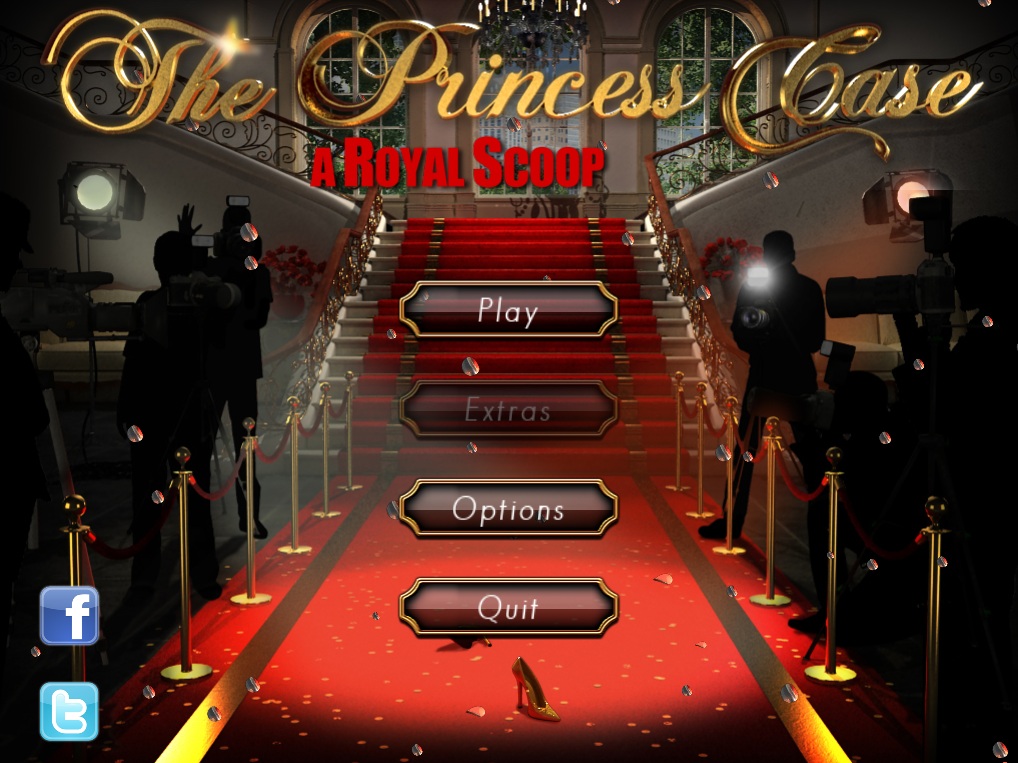 Unfortunately for the interesting story told within the game, there are multiple interruptions to the story telling that involve solving various puzzles and find-an-item scenes within the game,that only serve to interrupt and hinder the flow of the story. I’d wager that this game would have been significantly more interesting as a visual novel style game, like Phoenix Wright, over a tedious item finding puzzler.

Over the course of the story, you meet a handful of potentially interesting characters that never actually live up to their potential. I think where the game got the characters wrong was that it had such a large cast, instead of a smaller amount of relatable characters to tell the story.

What I was severely disappointed in was that there was a massive game breaking bug in the storyline that prevented me from continuing past a certain point in the game. I would have to continue on, but unfortunately the bug was so severe and the file system was so bad, that I would have to return to the beginning of the game in order to continue on.

The Princess Case – A Royal Scoop plays like an average find-an-item puzzle game with very few innovations to what is an incredibly entry-level genre. The premise is very simple, you listen to some characters talk for a few scenes and then you find items that the game tells you to find. Some of these situations are incredibly believable within the context of the story, but often times, they border on the ludicrous. For instance, in one such find-an-item scene, I was required to find 15 security cameras or so. Only, the cameras were in very illogical positions and none of them were pointing to anything important. 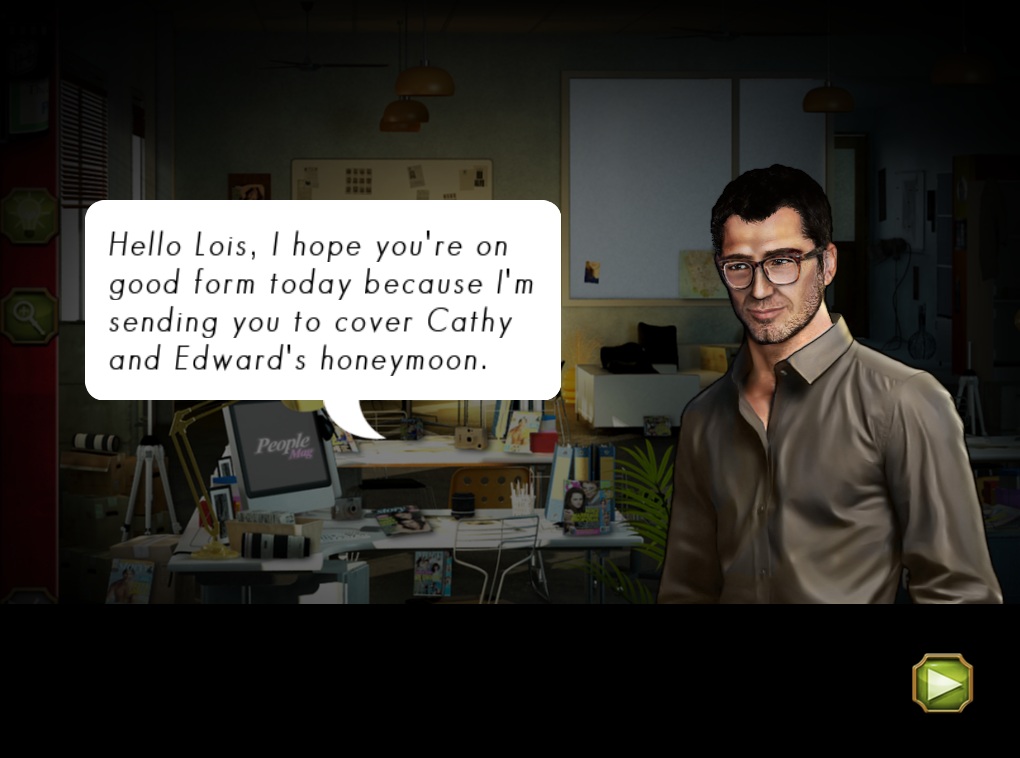 There was one really good part of the gameplay in this game and that was when you pan around a scene, the foreground of the scene shifts against the background of the scene, making it easier for you to see hidden objects in the background. This was easily one of the most impressive aspects of the game, which goes to show how impressed I was by the rest of the package.

To be truthful though, I would mcuh rather this had been a visual novel and have tipped out the find-an-item puzzles in place of more meaningful interactions with each of the characters over using them all for a setup to a flow breaking puzzle segment, some of which are way too easy and seem to only exist to break up the story dialogue.

On the first through scenes of this game, you will be treated to what is fairly acceptable background music that seems to exist to increase your intrigue as well as giving the feel of this being an interesting puzzler. But, when you start to hear this exact theme 700,000,000 times, you start to realise that maybe the audio in this game is cheap and lazy. 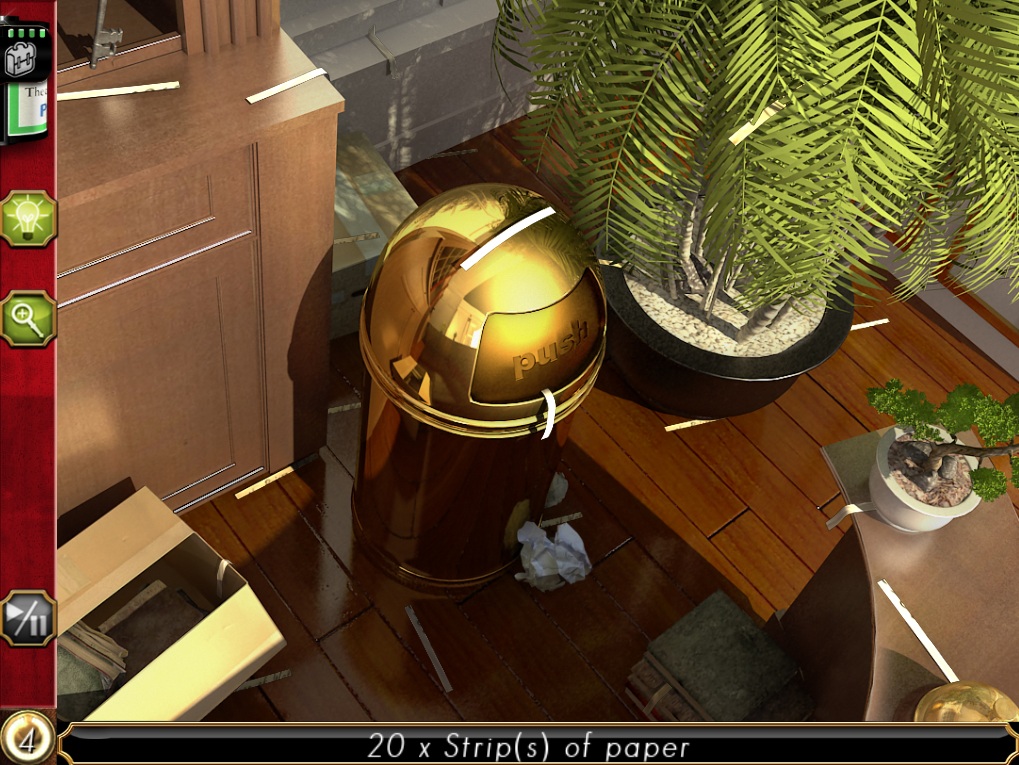 That isn’t to say that the audio fidelity is low, far from it, but it is to say that is quite frequent and repetitive. I would have loved to have had a variety of tracks within the game, even if it was only to give each different area its own unique feel and impression. Impression is important for a game audibly, as people will quickly associate those sounds with your game. For instance, if The Legend of Zelda didn’t have such a memorable theme, would it have been as popular today? I think not.

Visually, this game has what it takes to make a decent Visual Novel. The visual style will, obviously, not compare with many of the big name titles from many of the big name developers. But that’s okay for this game, it’s two dimensional feel and realistic character artwork (are they photos?) make this easy to look at and suit this kind of game perfectly. 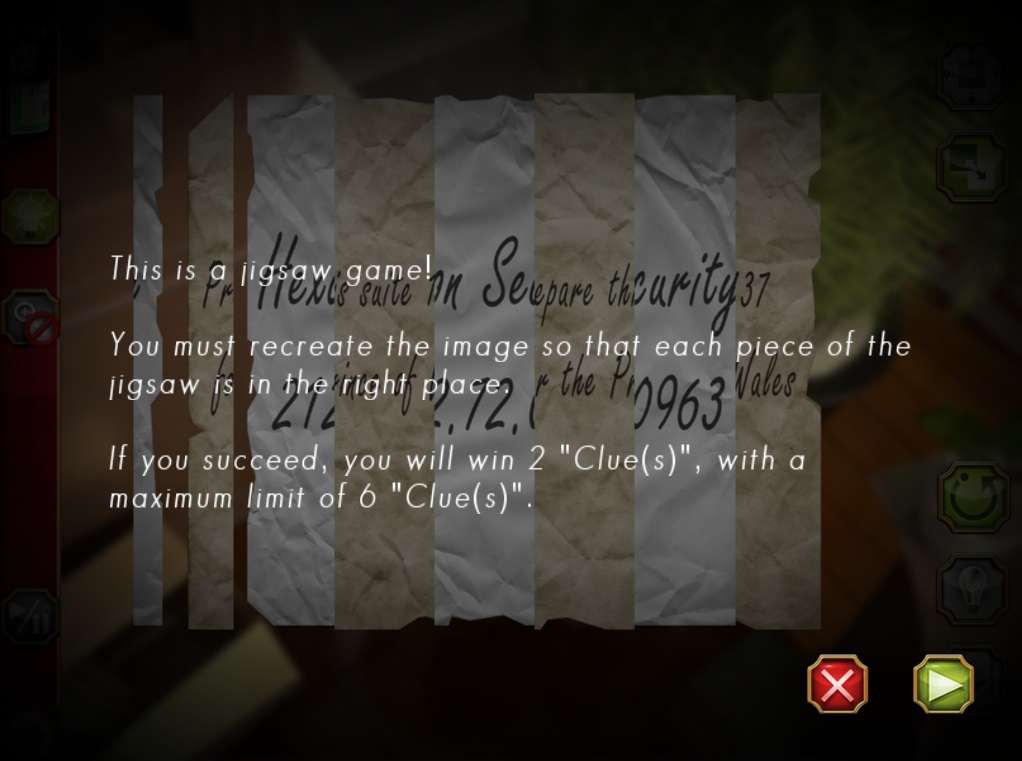 Unfortunately though, many of the scenes are filled with rubbish items that are there purely to confuse you on your search for actual items. However, they do not do a good job of it unless it is an item hidden behind another item that must be removed before it can be found. All this does is leads you to a filled room of nonsense that doesn’t actually inhibit your ability to find 15 of whatever easily findable item during a particular scene.

My one major gripe with the visuals is that some characters are silhouetted in the game. This was strange to see because of the amount of effort that was put into other characters throughout the title. Do they ever become un-silhouetted? I wouldn’t know, the game breaking bug stopped me from progressing further. 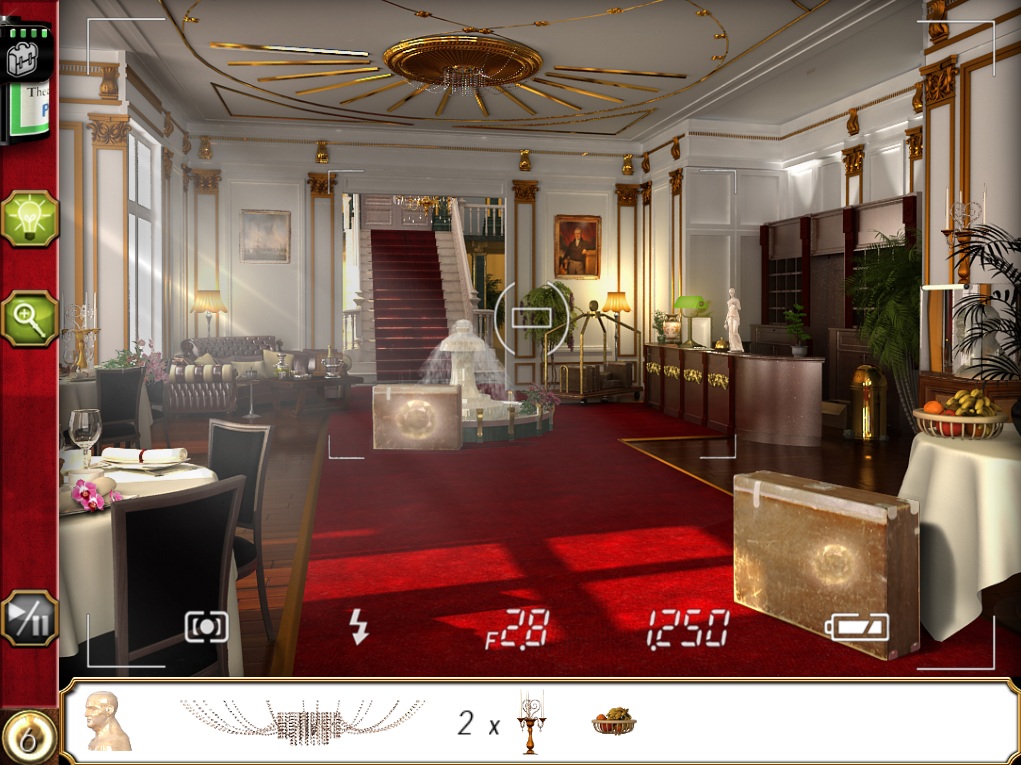 This is not a game that I can easily recommend with the knowledge of the game that I have. For people who are fans of this kind of game, it would have made a great addition to their collection, but because of the bugs that I had encountered, I simply cannot recommend it. Maybe if it ever gets patched, but in its present condition I can not.