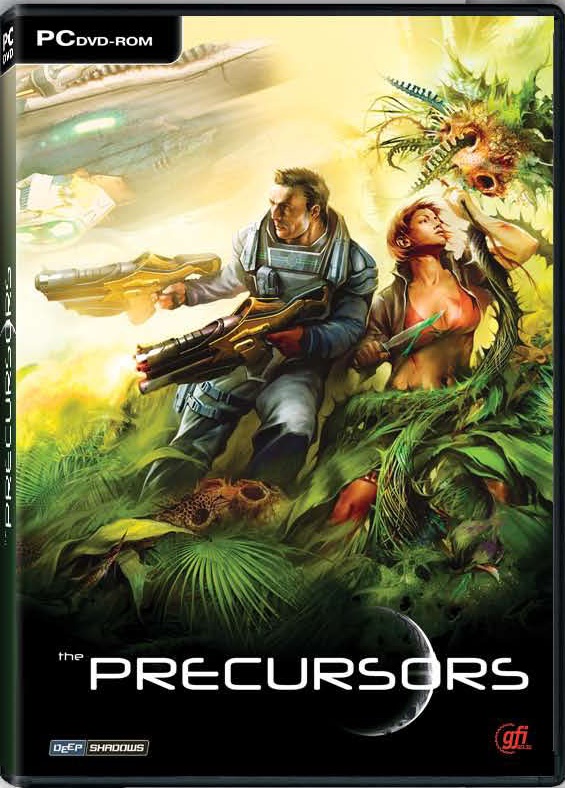 Imagine playing a game back in 2004, back when everything seemed like it was perfect. Anime was good, gaming was at it’s highest in quality in years and it was just before the release of the current generation of games. Now imagine, one of these games from the golden days appearing before you, but was built with today’s standards in FPS’ gameplay. How would you feel about that?

I imagine you would have felt utter disappointment at picking up such a title. This is simply because the standards in gaming have dropped dramatically since those glory days of old. Despite a few of today’s games trying to break the mold of mediocrity, much of the same trash has been in circulation for a while now and it is this trash that has widely impacted Precursors.

One of the worse things about Precursors is it’s horribly told story. I mean throughout my playthrough, I had no idea what was going on with what, with the exceptions of what was being thrown at me in horribly directed cutscenes. I mean these are so horrible that it took me nearly an hour to realise that I was the unarmoured dude in the spaceship crash at the start of the game. 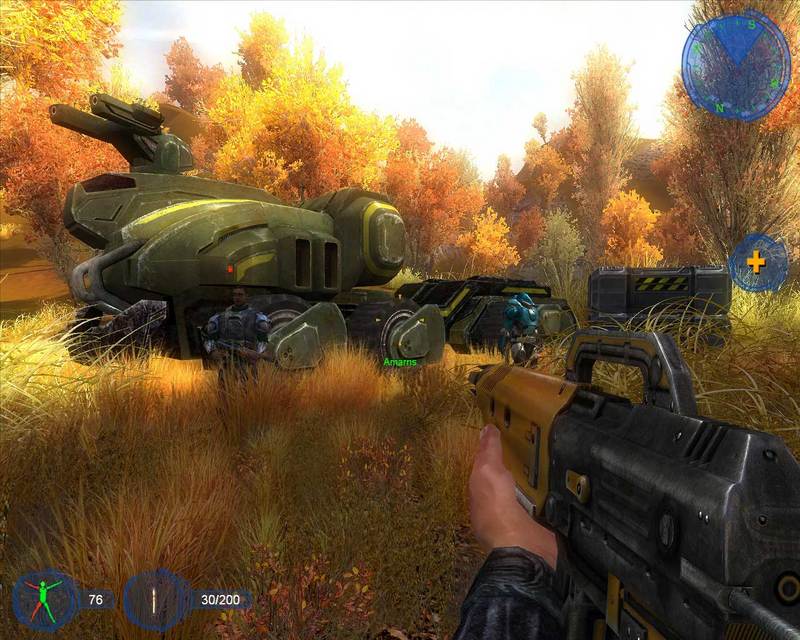 While playing the game, you will receive a ton of information on the top left of the HUD. usually they’ll throw this information at you in the middle of a firefight, causing this massive backlog of stuff to be present. Even worse is that it doesn’t beep or anything which means that you could be focused on running between points and just simply miss out on information.

The story was pretty unamazing, which I think is to be expected from a game that is based more around exploration, like this game is.

Precursors tries to pin modern day thinking to a classic Unreal formula that falls flat on its own face. part of the fun of the exploration in exploration based games is the exploring, on your own, with no outside help. But no, in Precursors, you’re told where something is, given this massive area to explore and then shown exactly where it is. It takes most of the fun out of the game, assuming you’re having fun playing this game. 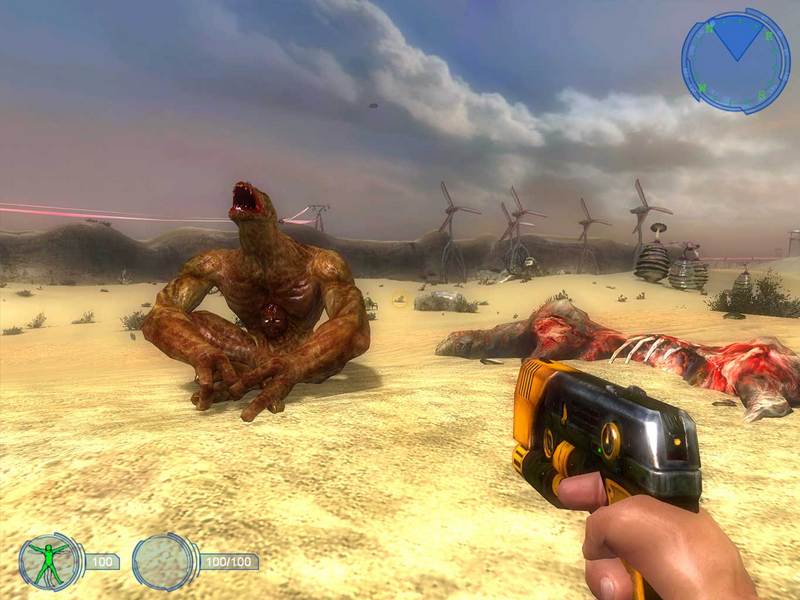 One of the worst things about Precursors gameplay is that it borrows from the wrong set of games. Instead of pulling its gameplay from modern shooters and RPGs it should instead be looking to the past for it’s inspiration. Games like Unreal and even Turok should have been an inspiration here. But instead the developers took what could have been awesome and Call of Dutified it. The end result is much lost potential to try and cater to an audience that will not have enjoyed this game in the first place.

Combat in this game felt like an unfair and clunky exchange when it is forced upon you. Most of the time you can just run past a lot of the enemies and not really worry about them. But in some cases, you have to fight and these battles are on fairly unfair terms. These battles often left me feeling mad and aggravated me to the point of having to take a break. You know you’re making a game wrong when you’re presented with a battle that cannot be beaten without a plethora of luck and kiting.

There are also space-sections of the game which are a change of pace and offer some interest, but it feels like an un-needed layer of padding to a game that was already padded without brilliance. It feels like I’m being way too mean with this game, but really, these are just my thoughts… 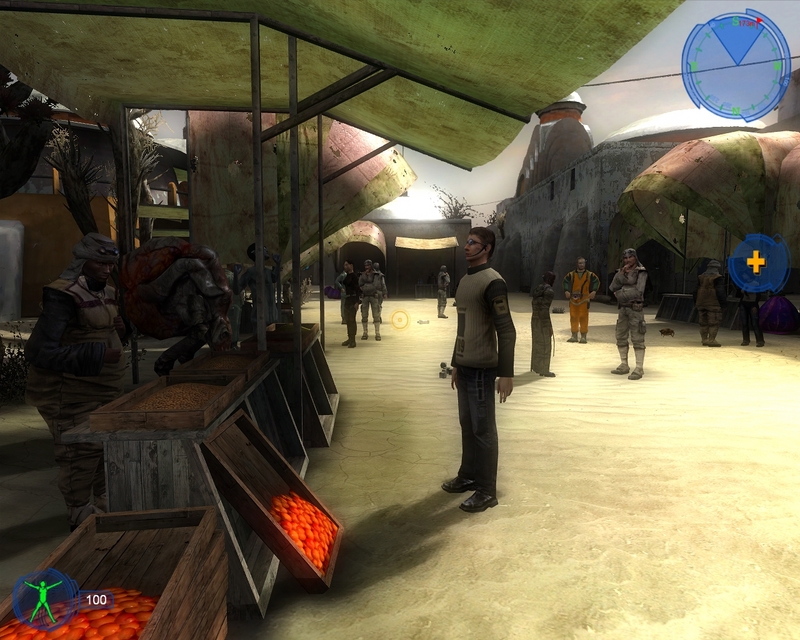 If you like unfair games that take forever to get anywhere even when being led by a map to an exact location, then this is the game for you, gameplay wise at least. I wont judge you if you do buy this game.

Remember earlier when I said that this game was like playing a game from 2004? Well, that’s because it looks like a game straight out of 2004. I am not lying here, it really does look like a game from the ’04 era and I feel that the games visual style has suffered severely because of this.

Have you seen James Cameron’s Avatar? Everyone has at least seen the ads for the film, and I’m fairly sure nearly everyone in the world has seen the movie, I mean there was a massive movement about it where people would dress up as giant blue cats and everything. Anyway, the visual style of the game is much like the planet Pandora’s aesthetics. You’ve got all this glowy stuff, rich vibrant colours and exotic wildlife all waiting to be brought to life which never actually happens. Now I understand that games have budgets, but I think that if they were going for a game as low quality visually like this, they should have released the game on a lower-spec system. The PC, a system synonymous with unforgiving graphic whores, probably wasn’t the best choice to launch this title on. 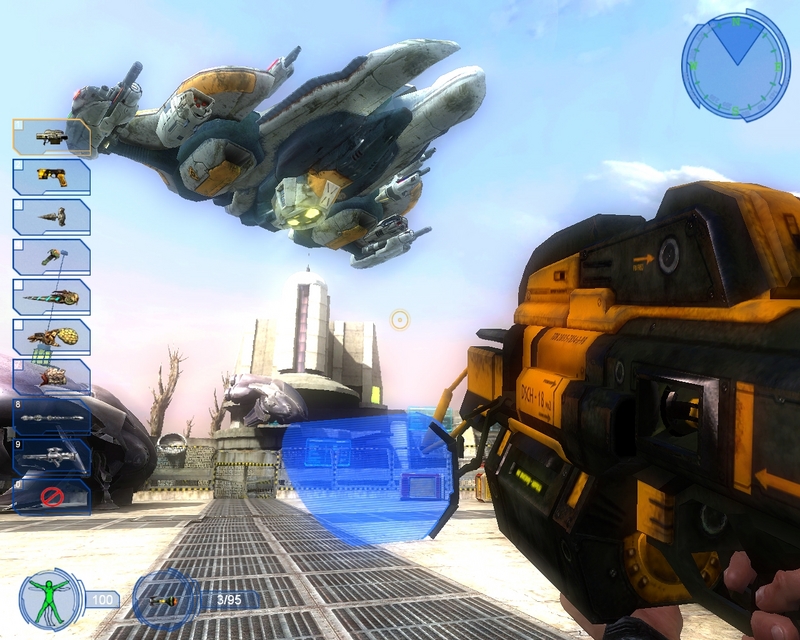 Without modern graphical techniques, the visuals just look plain, and even sometimes horrible. I think one of the appealing factors to this game was probably it’s world, but it’s just really fallen flat on itself and completely missed it’s mark.

Okay this is one of the aspects of the game I slightly enjoyed. I mean really, video game composers and musicians need to stop hanging out and producing music together just so that I have a soundtrack to really whinge about. Unfortunately, I think this is more of a case of the soundtrack being acceptable, rather than something brilliant so it’s not worth buying for the music alone. 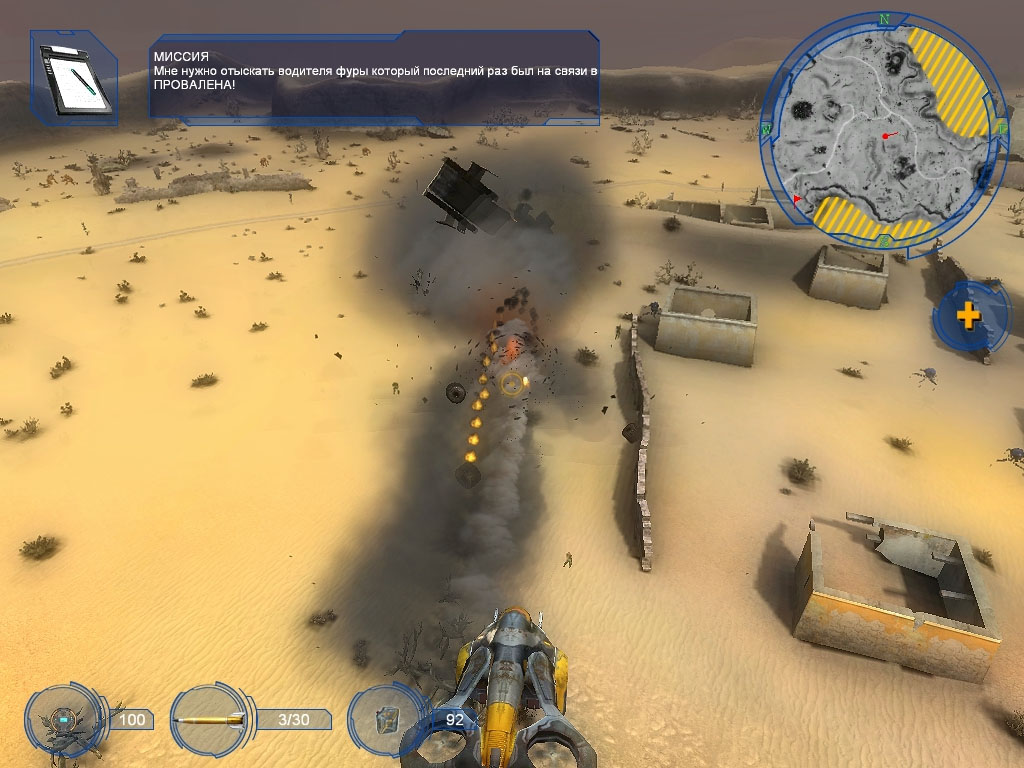 Often I found the sound effects to be quite bland and uninteresting. This is especially the case with weapons and enemy noises. Heck, this can even be applied to the terrible voice acting within the game. Seriously if there was an award for lack of emotion, this game would get it.

Precursors is an experience that I would wish on nobody. I played this game because I had to, none of you have to, so please do not follow in my footsteps. Of course, you’re free to do what you like, and maybe you’ll even just want to pick up this game to see how bad it really is.