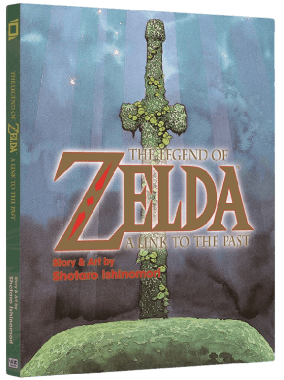 The Legend of Zelda is one of the most famous video game franchises of all time. Nintendo has been producing games in the series for almost three decades now. Even though they share many of the same gameplay elements and arrangements of much of the same music, each new entry features something that makes that game unique and stand out from the rest.

Link is sleeping in his bed when he is awoken by a voice calling out to him. This voice, belonging to Princess Zelda, has already called Link’s uncle for help, but now, both Zelda and Link’s uncle are in mortal danger. Listening to the voice, Link puts on his iconic green tunic and Phrygian cap and follows Zelda’s voice to the castle, where the evil wizard Agahnim is posing as the king. Link discovers a room in which his uncle is fighting against Agahnim. Defeated, Link’s nameless uncle bequeaths his sword and shield to Link. Zelda telepathically informs Link that Agahnim plans to use the life force of seven maidens to open the seven wise men’s seal. Link then finds Zelda and rescues her from two soldiers, and together they escape from the castle. They then make their way to the Sanctuary. Here it is revealed that Link is actually the legendary hero who only appears in Hyrule once every one hundred years. Link is told that he must now find the Master Sword, the only sword that can defeat Agahnim.

Link learns that he must find Sahasrahla the Elder, a descendant of the seven wise men, in order to discover the location of the Master Sword. At Sahasrahla’s house, Link meets Sahasrahla’s nameless wife, who informs him that the Master Sword is located deep within the Lost Woods. Link makes his way to the Eastern Palace, where Sahasrahla tells Link that he must obtain the legendary Pendants of Virtue in order to be able to retrieve the Master Sword. He gives Link the Pendant of Courage, and afterwards, Link sets off to find the other two Pendants. Along his journey, he obtains more useful and important objects that help him on his adventure. Meanwhile, Agahnim is preparing to cast his final incantation on Zelda when Ganon appears.

This adaptation does not appear to be entirely faithful to the original story, but it is interesting. It fundamentally cannot provide the same experience that actually playing the game it is based on can, but it is a pleasant change to be able to finish a story from The Legend of Zelda series in less than a couple of hours instead of 30. It may alternatively seem unfair to some readers that Link can accomplish a task in just a few frames of a comic when that task would take players multiple hours to complete in the game. Without the somewhat immersive experience that the games offer, it is harder to have the suspension of disbelief that is necessary to enjoy the games. Nonetheless, the new elements that are introduced in this adaptation add a new level of depth to the story. The conclusion, albeit not exactly original, ends the story on a relatively high note.

The full-colour presentation of the graphic novel is great, but Shotaro Ishinomori’s artwork itself is a mixed-bag. The backgrounds are well-detailed, and in particular, the various locations in both Hyrule and the Dark World are very well-drawn, making the designs featured in the graphic novel look better than the designs featured in A Link Between Worlds, the 3DS successor to A Link to the Past. The design of the monsters are faithful to the designs from the original game, but it is with the design of the main characters that the quality of Ishinomori’s drawings decreases significantly. Link’s character designs in the games have always been basic, but this factor has never detracted from the quality of any of the games. In this case, however, the drawings of Link are inconsistent and frequently reminiscent of an unusually dopey teenager going through puberty.

At the beginning of the story, Link has the appearance of an eight-year-old child. As the story progresses, Link appears more and more dopey. He ages rather quickly and is noticeably taller by the end of the story. This Link seems like an audience-insert character aimed solely at a North American audience from the 1990s, especially based on the way he talks. However, at least he talks with actual words instead of just making noises when he swings his sword or gets hurt. Princess Zelda’s design is more detailed than Link’s, although that unfortunately is not saying much. She has a more plain appearance here than in the games, and it is quite rare but certainly very nice to see her not wearing any makeup. The anatomy of her face is inconsistent; her eyes keep changing shape and size and her irises keep moving from where they should be, which can be quite distracting along with all of the other design flaws.

Aside from the detailed background art and the drawings of items such as the Master Sword, which looks impressive, where Ishinomori succeeds is in drawing the enemies and the people of the Dark World. Ganon does not look as evil as he does in other games, even if his appearance is interpreted symbolically. However, the monstrous appearances of the Dark World’s inhabitants are effective at evoking a sense of the negative emotions, such as greed, that exist within their hearts. As for the presentation of the graphic novel, some of the text at the beginning of certain chapters is set directly against the artwork and as a result is difficult to read due to the clashing colours. Otherwise, there are no major issues with Viz’s reprint.

This graphic novel will appeal mainly to people with nostalgia for A Link to the Past. The experience of reading the graphic novel instead of playing the original game or the Game Boy Advance port has both positive and negative elements that individual readers may weigh up differently, so both of the hands mentioned at the beginning are holding a copy of the same graphic novel. The extremely short length of this adaptation makes it difficult to become immersed in the world and the story as one might with any of the games, and the outdated dialogue belongs in the ’90s. This book can be read in a fraction of the time that it takes to finish the game, further diminishing any chance of truly engaging with the story. There is no need to spend large amounts of time traversing Death Mountain or any of the other various locations in the game, but that is the only benefit. The graphic novel does not allow the opportunity to discover a key item for oneself or the ability to defeat a boss with one’s gaming skills. If you played the game when you were younger and are looking for a quick nostalgia-fix, this graphic novel might be the thing for you. After reading it, you may want to go find your copy of the original game or the Game Boy Advance port, or perhaps purchase a copy of the game if it is not in your collection.