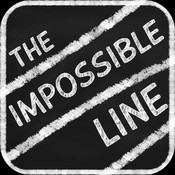 To be fair, The Impossible Line isn’t an impossible game, but it sure does feel that way at times! I’ve always felt that the heart of good puzzler usually lies somewhere between making every goal seem reachable, while also making me stress to the point of hair loss. The Impossible Line hits that sweet spot with intuitive controls and polished presentation. Like many retro favourites, this title relies on simplicity and increasing difficulty to keep players engaged. However attempting this can be risky, as sometimes being a little too simple can make the experience rather unrewarding. Case and point: The Impossible Line. 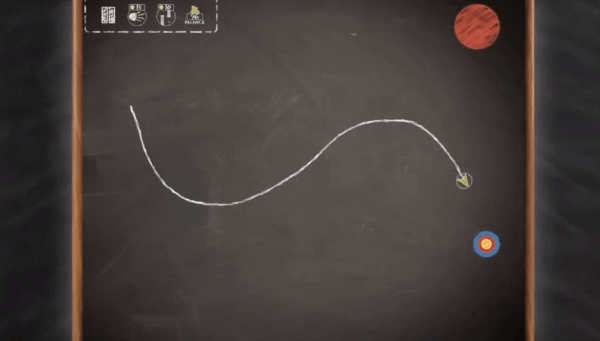 For better or worse The Impossible Line may very well be one of the most simplest video games I’ve ever played in my entire life. Basically a level starts off showing you a maze. Once you are ready to play, the maze then turns invisible and you must drag your finger to the end, hoping you don’t hit any walls. And…well…that’s pretty much it! Sure it sounds a little lame, but once you pick it up it’s easy to find the beauty within the game’s simplicity. Remember how awesome it was to solve mazes as a kid in your colouring book? Well that’s back on your iPhone except now it’s also testing your memory. The Impossible Line really takes puzzle games back to basics on this one. While these are just the core game mechanics, some bells and whistles have also been thrown in in true modern gaming free-to-play style. Completing levels earns you coins that can be spent on the two power ups available: the ability to see the maze for an extra 3 seconds mid-gameplay and also a touch that will show you the walls when you get really close to them. These are slightly helpful but for the most part players will be relying on the hit-and-miss radar noise (and a little red dot) that warns the player when they are near a wall. 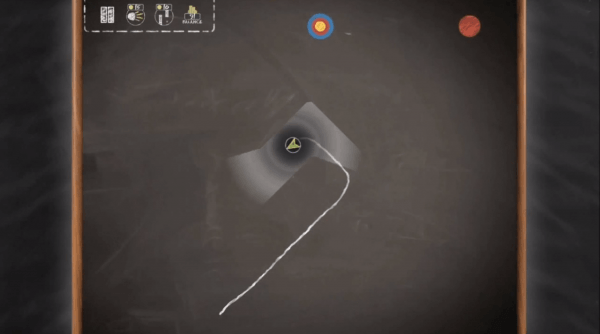 All these elements may make the game sound easy, but it’s not. And with no ability to skip levels or even a level selector most of the game’s countless levels won’t be seen by most players as they will more than likely rage quit and give up. What is kind of cool is once you fail the game will show a replay in action with the maze visible. It’s actually pretty fun to watch yourself mess up like an idiot. But unfortunately that gimmick wares of quickly. Other than that there really isn’t anything left to say about The Impossible Line. There’s no level editor and has very few achievements to unlock. Ultimately The Impossible Line is a really simple title that has nothing left to offer after the first five minutes of gameplay. It’s a decent concept that isn’t explored into very much depth and unless you’re really hooked on invisible mazes you’re not going to find it very engaging. 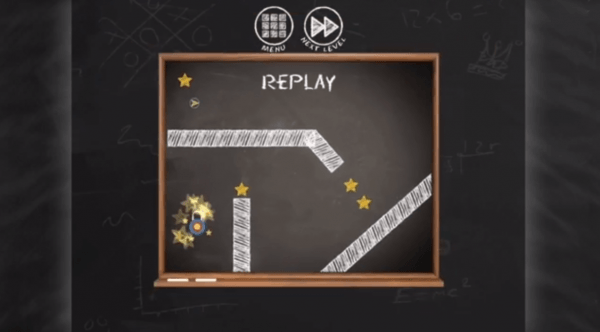 There is a common theme with this title and that theme is simplicity. Visually what you see is what you get. It’s a blackboard with white chalk. That’s all. It’s presented well and has some nice polish but don’t expect much more than what you’re seeing in these screenshots. Audio-wise there is no music for the game, but  that works in it’s favour. Music would just be distracting and would drown out the game’s radar. Perhaps it’s best to compare it to the likes of Pong as the sound effects really become the game’s soundtrack. These sound effects are appropriately chalk on a blackboard and an occasional sound effect when you get coins. No nails on the chalkboard, thankfully. 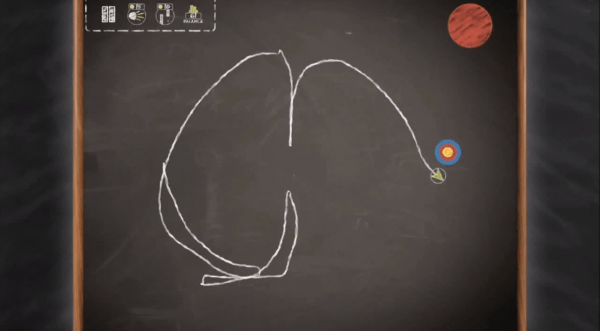 The Impossible Line is a decent concept where simplicity works in various charming ways. However it’s lack depth into exploring this idea can leave players feeling wanting more. Sure power ups, replays and achievements add to the experience but it’s simply not enough with just the basic game mechanics holding the entire game on it’s shoulders. With all that said, The Impossible Line is a charming experience that reminds us that simplicity can still be fun. Just don’t expect that fun to last very long.