This version is in fact the European version of the game, no matter where the player is located (unless it is Japan). This means that, after completion of the game, one can grab a friend to join in the game. Yorda will be available as a playable character in a new game. Also, Yorda’s lines in the game will be subtitled in English so that players may understand the words coming out of her mouth. This is an experience that hasn’t been matched. The gameplay immerses the player into the story and the characters with precision controls and polished platforming and puzzle solving, delivering an emotional understanding of the two characters and their goal of survival. When the gameplay interacts and complements the narrative, it is a game worth immersing into.

Instead of being a puzzle-platformer like Ico, Shadow of the Colossus is in fact an action adventure game. Wander will traverse a vast, open land in search for these Colossi. Wander has to use the environment to reach these monstrous beasts. He would jump gaps, climb cliff faces and so on. He has both a health bar and a stamina bar and is equipped with two weapons: a sword and a bow. An interesting point to note is that there are no other enemies. This is a good thing as it allows the player to feel Wander’s solitude in this forbidden world. The sword can also act as a compass when in sunlight, directing the player to the next Colossus.

Definitely an area of importance in the game is those battles with the Colossi. Each battle with these giant beasts are in fact puzzles within themselves. The game is generous in the beginning, giving the player a flat surface to face the first couple. As players progress, the environment becomes a factor. Players would need to use their surroundings to find the best way to scale the beast. Once Wander finds a way to actually latch on, he won’t for long as he has a stamina bar. Each Colossus has a weak point, revealed by the sunlight reflecting off the sword. Once the player finds that weak spot, it illuminates it. Another important element in the game is Wander’s trusty horse, Agro. he is essential to the game for several reasons other than transport. Of course, he is the player’s only option for transportation due to the size of the game world, but he is also useful and sometimes necessary for those Colossi battles. However, he won’t be able to access all areas due to environmental hazards. 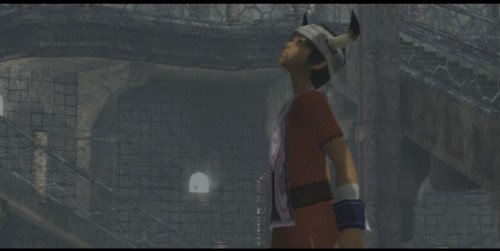 Visuals
The visuals impressed back when it was first released and they still impress the second time around. The HD upgrade provides new life into the unique art style. However, it isn’t the later touch ups that steal the show. The design of the crypt is What is used in great effect is the lighting. When there is a light source, whether it is the sun while outdoors of the flickering flame of the torch within the walls of the crypt, it is portrayed effectively, no matter what peers through it. In combination with other natural elements surrounding the light, it is a beautiful sight. The animations are very fluent and smooth. It looks so natural when Ico climbs up a chain or a ledge. Even when he runs, jumps and swings his weapon. The care the developers took works in the long run. Seeing it in high definition is more impressive.

The visuals of Shadow of the Colossus are also impressive, seeing that Japan Studio would have had more experience with the Playstation 2. The open world gracefully thanks the upgrade to high definition as the world becomes a clearer place. Character models look better than ever before, alongside the animations. the Colossi now look even more terrifying as hi-res models. The detail of their fur or feathers are beautiful and, even at long distance, the Colossi are a wonderful sight. Agro’s detail and movements are realistic and stunning. 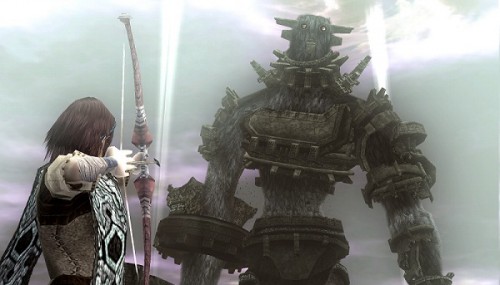 Audio
What the game does lack is background music, instead leaving out any real sort of track throughout the game. Yet, this isn’t necessarily bad. In fact, it works and it works well. The only sounds that one will hear throughout the game are the ambient sounds of the environment. It set up the atmosphere of a vast, empty world that Ico and Yorda inhabit. The voice acting is spot on, considering there seems to be a lack of spoken English in the game. Instead, the characters capture the sense of a foreign world through the use of speaking in their own language. Michiru Oshima and Kōichi Yamazaki took care of the orchestral soundtrack, as tracks do appear throughout the game, only in cutscenes to set up mood and atmosphere. It is a beautiful soundtrack to hear.

Shadow of the Colossus is quite the same with the audio as Ico. Instead of having a booming orchestral track while riding, the player is able to take in the sounds of nature, as ambient sounds dominate the player’s ears or lack of. Coupled with the fact that there is only one character and his horse, it does reinforce the solitude Wander feels on his journey. The parts where the music does play are only cut scenes and the battles with the Colossi. Each soundtrack was crafted with care as they all complement the action on screen, especially the music for the battles with the Colossi. Koh Otani was at the reigns of the orchestra, creating each piece of music with care. Voice acting is also well done. 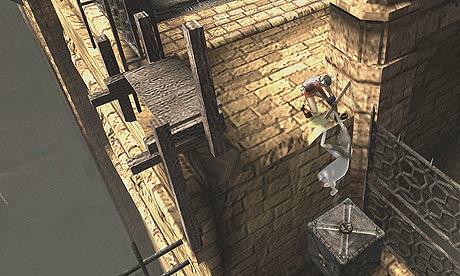 Overall
Both Ico and Shadow of The Colossus are classics for a reason. They both impress with its fantastic gameplay, stories that will engage with the player emotionally, stunning visuals and a soundtrack that fills the world with beauty. These games are critically acclaimed for a reason. They both show that age hasn’t got to the better of them, unlike some remastered games. It is not hard to pass up on this collection, it is impossible to give it a miss. It does not matter whether the player has experience the games or a new to them, like myself, I believe that the consumer must go out and buy the collection.