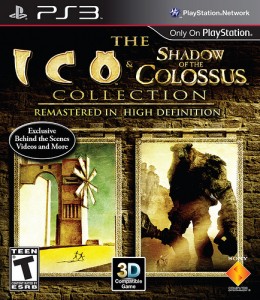 Overview
The Playstation 2 was the console of the sixth generation, no matter how hard one argues for the other three consoles. With that claim, there would be a barrage of stellar titles to back it up. With the Playstation 2, there were those classics and ICO and Shadow of the Colossus fall into that category. Both games were developed by Sony Japan Studio (or more commonly known as Team ICO). Although they are not directly linked in story, their themes are somewhat linked, with Shadow of the Colossus referred as the ‘spiritual successor’ to Ico. Now these two Playstation 2 classics have been re-released for the Playstation 3 with updated graphics and support for 3D and Trophies. Only minor changes have been made to Ico, but both games are still the classics they were when they were first release. The gameplay deserves its acclaim, being top notch, the visual are absolutely spectacular, the stories of both games are memorable and enthralling and the music resonates throughout the player’s space with beauty and elegance. 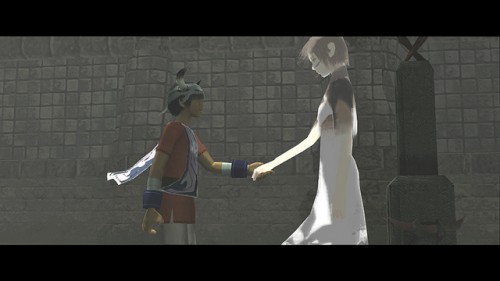 Stories
The story of Ico follows a young boy by the name of Ico. What makes him different to every one else is the fact that he has horns growing out of his skull. To his village, that is considered as a bad omen. In order to protect the village from this bad sign, he is taken to a crypt. There he is buried alive in a sarcophagus, where he is to be his final resting place. However, a tremor occurs, freeing Ico from his confinement. He explores this crypt in search of any means of escape when he finds Yorda, a girl in white, imprisoned in a cage. He frees the girl and she joins him on his journey to escape. However, someone in the backgrounds wants to hinder their goal and sends shadow creatures to track them down. This is a story worth investing the time. Instead of using multiple action scenes to divulge into the deeper narrative, it uses the interactions of the main characters to develop some form of trust and compassion.

The characters are worth investing in as they are well-designed and developed. The main strength lies within the chemistry between Ico and Yorda. They are literally the only two characters that are prominent in this game. The gameplay system also plays into the chemistry, of course, as the progress of the game is reliant of the co-operation of the Ico and Yorda. Throughout the game, the player will also learn the culture of Ico’s world. This is prominent at the beginning of the game. It is done effectively through actions rather than dialogue spelling it out for the player, allowing them to form their own meaning behind the cultural definitions of young boys with horns out of their heads. This would be another point in the continuing argument for games as art. Without a doubt, this is a point I am willing to defend. The shadow creatures also connect with the cultural aspects of the narrative. It is revealed that the Queen of the castle is responsible for setting them upon the two.

The story of Shadow Of The Colossus is also one of the best that have graced the Playstation family. It follows a man by the name of Wander. He arrives in a temple clutching a female body. He wants to revive a this female, but he must travel the world beyond this temple alone with his horse. His is sent to do a task: defeat sixteen grand monsters, know as the Colossi and his desire to have this female revived will be granted. Throughout the story, Wander changes after defeating the Colossi in appearance, even growing horns. What makes this story memorable is how Wander is depicted. He is a warrior on a mission to save his maiden and would do anything necessary, even risking his own life. The player feels that when they take control of Wander and traverses throughout the land. 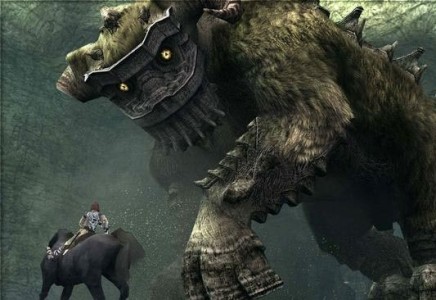 Gameplay
The gameplay of Ico surrounds the use of the environment. It contains elements of both platforming, as Ico must jump across gaps within the prison and puzzle, which effectively uses the environments to solve them. The objective of Ico and Yorda is to escape the crypt with their lives in tact. Of course, there will be obstacles along the way, with most of them based on the environmental puzzles as well as some evil creatures.

The main mechanics of the game intertwined well with each other. Ico will climb, jump and defend with his trusty stick (a sword will become available later in the game). The puzzles really make the player think about what to do, depicting a somewhat realistic scenario. They are challenging and require a good deal of puzzling skill, but not too challenging to leave the player dumbfounded. Some puzzles require the services of Yorda. At times, Ico must help her progress throughout the castle by helping her up or providing a pathway. The controls of the game are easy to pick up yet smooth and very responsive. Since this is a third dimensional platformer, this particular area is crucial to the playability of the game. They are basic, where X is to jump and the left analogue stick is to move Ico around. At first, Ico is alone; however, after the introduction of Yorda, Ico can hold her hand, allowing fast paced gameplay. The camera is also postion perfectly almost all the time, with the very rare instance of the camera not focusing on the appropriate area. This is not a game breaking inconvenience, however. 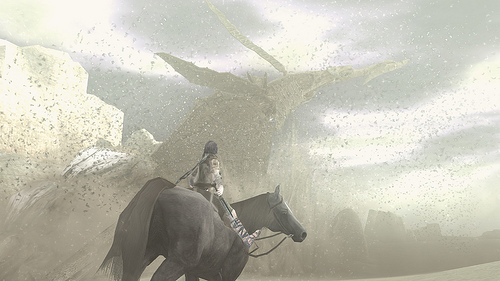 What does make Ico interesting is the lack of a health bar, usually traditional in these type of games. Instead, there are two ways that the game can end against the player. The first is from dropping from a great height, whether it is a failure of a jump or an accidental slip. The second is tied within the objective. Chasing Ico and Yorda are shadow creatures, manifestations of pure darkness summoned by the Queen to hinder our hero’s escape. Ico can not be harmed by any of these shadow creatues, but Yorda can be grabbed by them. If they are able to drag her into a vortex created by them, then she is gone forever and the game is over. This puts further emphasis of Ico’s role as protector. It is his job to protect the young girl from the impeding evil.