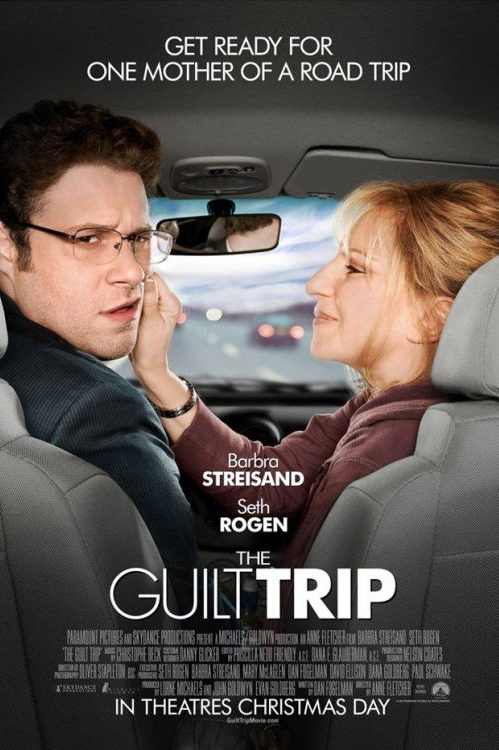 The Guilt Trip is the film that you get to see both Seth Rogen and Barbara Streisand co-star in. From my knowledge, this is literally the only film to do so, and will probably be the last of its kind. It has the two acting as a mother and son combination that travel around the country together and comedy ensues. While it has themes that everybody should be able to enjoy, does it actually pay off for the viewer in such a way?

The film has potential. Is it good though? That’s something that I hope that you will have decided by the end of this review.

The Guilt Trip is a story about this guy who is a scientist. This scientists invents a new kind of super-cleaning spray that is completely safe, even to consume. So he embarks on a trip to sell this new product to as many companies as possible that would be willing to take it. The only problem here is that he is no salesperson. In fact, he is way too focused on all of the details that nobody cares about that he practically bores his clients to sleep with his presentations. After one of his sales attempts, he takes a short respite at his mothers house and this is where the main part of the story begins. 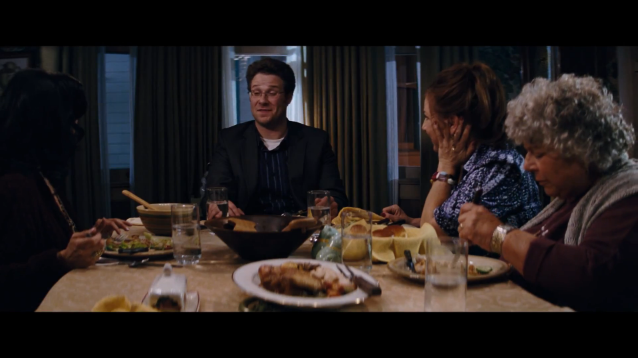 While this is a road trip movie, there’s something about it that doesn’t feel all that road-trippy. I mean, yeah, the duo do travel through a wide array of destinations and they do get into a bunch of mischief and some emotional things happen, but it seems like all of these things were planned somewhere, rather than having some kind of organic accidental plotting to it. I feel that too many things happened in the course of the story that were just bound to happen because some manual somewhere says that it was supposed.

I think that pretty much sums up this entire movies experience. It’s like it was reading off of a manual and then adapted it to fit the story. Stop at Vegas, check. Grand Canyon, check. Bar fight, check. Sexy dude hitting on woman, check. Falling out of initial party and then reconciliation within the next 10 minutes, check. Damn man, I pretty much just wrote out the entire movie based on a bunch of cliches. Whoops.

This isn’t to say the story doesn’t have its moments, Barbara Streisand and Seth Rogen have an amazing chemistry as mother and son and the story literally focuses on them the entire time. However, I honestly felt like I had seen this movie before; which I can’t tell if it’s a good thing or bad thing. Neutrality ensues. 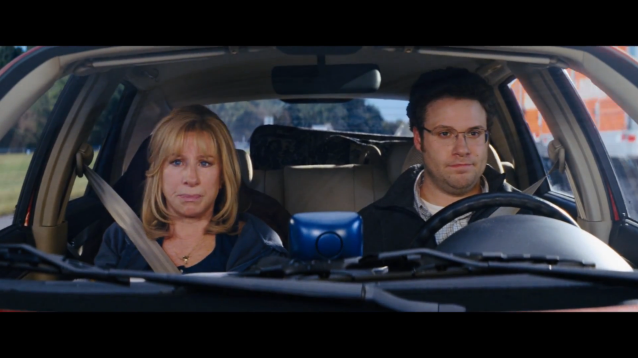 If you’re okay with cliches, you’ll enjoy the story here. If not, then you’d be best spending your money on other things.

Visually, this film doesn’t really push the boundaries of cinematography, but I don’t think it has to. Each scene is represented quite well and I think that fancy camerawork may have acted against the film overall. 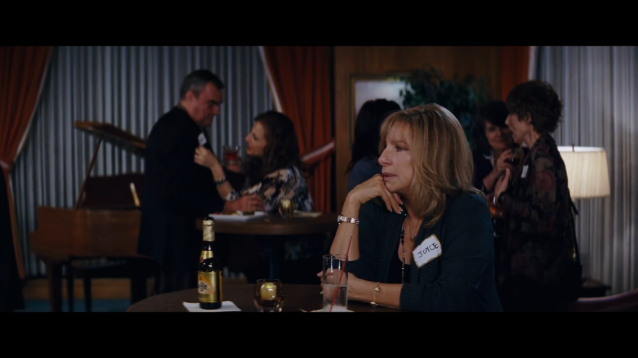 For a movie that featured a strip club, there was a surprising lack of nudity involved. This may sound really nitpicky, but how am I to believe that this is a real strip club without some nipples and possibly vaginas? Actually this is a common theme throughout the film, a lot of the scenes didn’t quite live up to what they were supposed to be about. Like that casino in Vegas. There was all of one scene that established the location as a casino and then there was like, a little bit roulettes and then that’s all. I would have loved to have seen a little more details put into making each location believable over the course of the film.

The biggest gripe for me, visually, is that each scene is over way too quickly. It’s like, hey we’re at this point n– Oh! Wait! Next scene! This could have been avoided if the cut just a little bit at the start of the film as there was a few completely unnecessary scenes around there. Or maybe even if the film had a longer run time. I mean, it has both Seth Rogan and Barbara Streisand, this could have been a hit if each scene was just a little longer and everything was established better and the pacing was more normal. But nope, quick editing, short scenes and not enough time to take stuff in.

If you have a short attention span, this film will appeal to you from a cinematic standpoint. If you love attention to detail and the like, not much can be found here unfortunately. 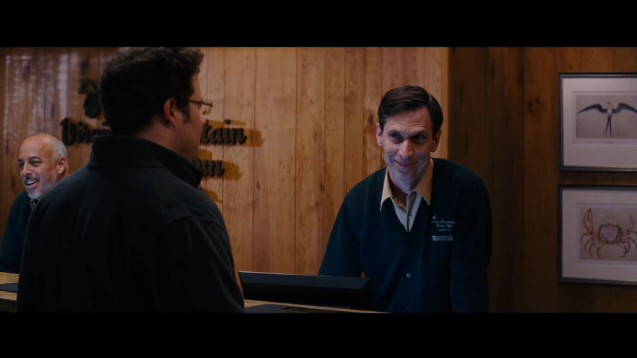 I think during the film the audience laughed a maximum of three times out loud and I did once at an inappropriate moment. For a comedy film, the audience should have been roaring the entire time, but this didn’t seem to be the case at all. This makes me a little bit sad when a film featuring both Seth Rogan and Barbara Streisand can’t make me laugh at all. Something is very wrong with the world.

The best part about this movies audio though, was all the mother and son banter between Seth and Barabara’s characters within the film. I’m not going to say it was perfect, but it was somewhat believable. To be honest, I think that they both nailed what little there was to their characters and pretty much carried the rest of this poorly edited film. 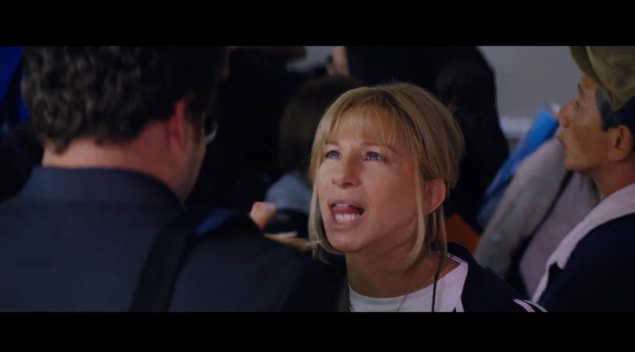 Overall The Guilt Trip was an okay movie at best. It wasn’t a movie that was boring, but it wasn’t a movie that was exciting either. The movie definitely suffers from some poor direction and even poorer editing. However fans of both (or either) Seth Rogan and Barabara Streisand will probably find some amusement in the interactions between the two characters that they portray. Ultimately this is a movie that you would want to avoid seeing in the cinema unless you’re a die hard fan of either actor or are bringing a bunch of friends out with you. Wait for the Blu-Ray release for sure.