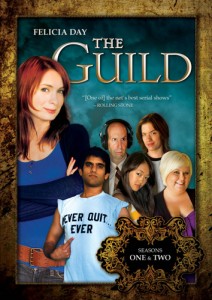 Overview:
Yes this was released quite awhile ago, so for someone who quit playing WoW in 2009, going back in time to the year when I first saw the guild was a bit bizarre. Maybe the guild inspired me to quit? I can’t remember to be honest, but one day after 4 years of on and off playing, I just stopped. But I still remember the lingo and understand the references, so something like this is still enjoyable to watch. 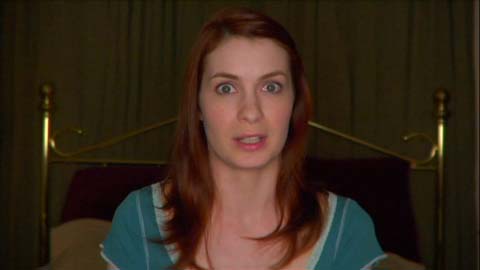 Story:
It helps that it’s really quite clever and well made; the first season is based more around the game and the issues surrounding having an addiction, while the second season broadens the appeal once the characters are fleshed out. If you aren’t a gamer or a WoW Player, I suppose the first season might weird someone out a little. The intro is charming, but a bit juvenile, and might give people the wrong idea.

Felicia Day’s performance is probably the standout, (although Zaboo’s mother is noteworthy, as well as Zaboo himself) she acts as a bridge between the audience and the show, and Felicia Day nails it. The train of thought, facing camera style isn’t easy to do, but she manages elegantly. As for her writing, it’s sharp, creating a number of wildly diverse personalities that bounce off of one another, while balancing the in-jokes about WoW with the norm.

Perhaps the three most important of the supporting roles are Zaboo (Sandeep Parikh), Vork (Jeff Lewis) and Clara (Robin Thorsen). Although the first season does focus on Codex’s problems with herself, both seasons still follow the concern of Zaboo’s obsessive love for Codex, which he expresses in strange/hilarious ways, such as moving into her house without warning. Other sexy one liners such as “I just dropped 8 gigs of ram down my pants” in an attempt to turn Codex on are pretty funny, to which Codex replies “In life, you are a starting character”. She then tricks Zaboo into moving out by telling him he needs to gain more manly attributes and “level up in RL”, Zaboo then accepts the “quest” with the hope that he’ll become sexually appealing to Codex, things like this are why the guild is so charming. 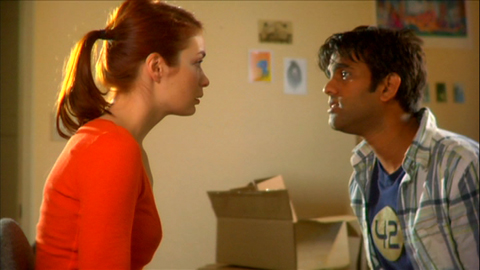 Zaboo then turns to Vork (The Guild Leader) for manly guidance, and agrees to move in with him, Zaboo pays rent in WoW Gold, instead of real money. Vork is one of the more bizarre characters of the guild, and that’s saying something because most of them are bizarre. He is an unemployed 40-something trying to run the guild, while “cutting the fat” from real life to get by. He also lives in a house without any electricity, but manages to steal that along with Wi-Fi from his Alzheimer’s-afflicted neighbor.

Meanwhile, Clara, the slightly overweight cheery, neglecting mother of three attempts to provide advice to Codex while she tries to cope with Zaboo’s obsessive tendencies and her new love interest (Stuntman). A trio forms between the girls as the new stuntman is introduced, including Tink (Amy Okuda) and the show turned into boys vs girls towards the end of the season. The WoW servers go down for maintenance (plot device?), so the Guild essentially has nothing to do, so they then decide to have girls and boys night. In the commentary Felicia Day mentioned this wasn’t intended, but that’s just how the script panned out in the end.

As such, interesting truths about females came from the shows plot that I didn’t except, such as admitting two males fighting over a girl is an enjoyable idea (Codex), or guys are just “tools to use” (Tink). Although the admissions are something that highly annoys me, you can’t help but admire the way they’re put together within the context of the show. It is after all based around a WoW guild, and those two truths are something that happened inside the WoW community, mostly because of the vast difference in numbers between males and females. Applying the social dynamics of a virtual world into the script works surprisingly well, especially if you’ve played WoW, you only appreciate it more.

Vincent Caso (Bladezzz) and Amy Okuda (Tink), in my opinion are the less-likable characters, although Bladezz does develop some positive aspects in Season 2 during guy’s night. However Tink’s dismissive manipulation of Bladezz’s does makes her the less likable character out of the two, Blades does get her back in the end by deleting her WoW character, which I enjoyed.

The seasons ending feels natural, making you wonder what will happen next, and I almost went ahead and starting watching season 3 straight away. I think that sums up The Guild’s quality, it sucks you in. 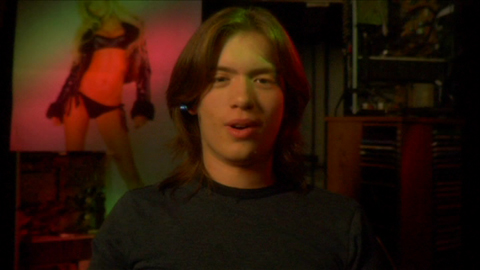 Video and Audio:
Season 1’s 1.33:1 and Season 2’s 1.85:1 anamorphic wide-screen presentations look decent for a transfer of web series. The Guild’s production values up the anti in the second season, which is nice to see, especially with lighting the scenes. But this is a web series, sometimes you’ll be reminded of that as you’re watching it. Audio is Dolby 2.0, and it’s primarily devoted to dialogue, the standard isn’t too bad with minor drop outs. Despite being a low-budget DVD, this set contains English subtitles on all 22 episodes; The Guild’s theme song is also quite catchy.

The Extras:
You get a wide ranging chunk of extras in the Guild DVD, which is nice. Such things as cast & crew interviews, audition footage, gag reels, audio commentaries, the scripts (in PDF), subtitles, a note from Felicia day and the gaming term glossary for the non-gamers. You can see the hard work put into this DVD and it pays off for any guild fan, as well as viewers who haven’t seen the show before.

Verdict:
Considering this started out as a web series, you can’t help but feel impressed, especially since the backbone of the story revolves around online gaming (not exactly cool). The Guild is not only good, but it’ll go down in history as one of the first and most successful web series, as well as making strides for gender equality in gaming and woman’s film making. Not to mention that it could be considered a social commentary about online gaming addiction, which isn’t something that many people approach. The downside is people might already own the content of the DVD and some others won’t see the need to pay for what they can see for free online, but for everyone else, this set gets a solid recommendation.