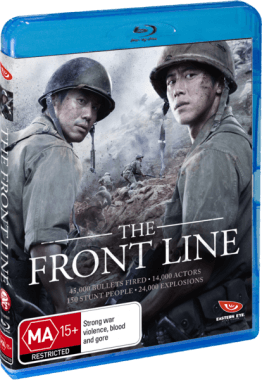 The Front Line is an ambitious war film from Korean director Jang Hun. The film is set in the very last few moments of Korean War on the Eastern front line of the Aerok Hill, where the North and South have been fighting to the bitter end. This South Korean film attempts to reach into emotional depths with the atrocity of war, and it mostly successes though its action however aside from this, the film’s story and characters comes off as quite lackluster.

Much of The Front Line’s story takes place in the lead up to the 1953 ceasefire. If you’re unfamiliar with your Korean War history, the film doesn’t do much to fill you in but then again there’s much to explain, the war is ending soon. Kang Eun-pyo, played by Shin Ha-kyun, a Defense Security Command officer is sent to the front line to investigate a death of a Captain and a possible mole from the South. The film begins as sort of a mystery film as to who-done-it, but after that’s revealed it then progresses into your standard war film. Though it’s nice to see a mix of genres, initially at least. 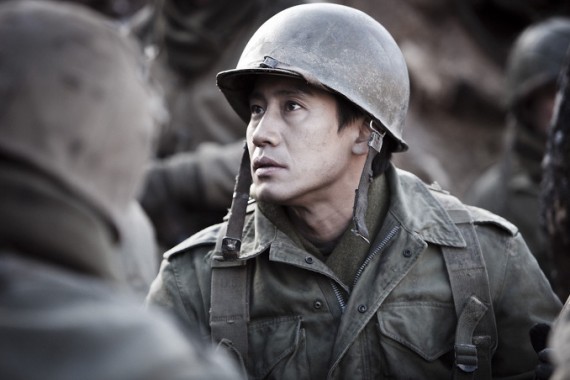 He finds Alligator Company and Aerok Hill, the territory they’re fighting over. The hill itself changes hands regularly, being control by the North one day and the next, by the South. Each time hundreds on both sides, are killed in the process, all for a few meters on the map. As the peace talks are coming to a close, both sides vow for control of the hill. In the mists of arriving, Kang is reintroduced with an old friend Kim Soo-Hyuk, played by Ko Soo, who he though was dead. Once a meek and mild student, Kim has become a lieutenant and a harden solider, much to the surprise of Kang.

There are a few turns and I would go as far as twists, but more so kinks in the story that go to change it up a bit. Without spoiling the story too much, we are shown the North’s perceptive for a bit and their reactions to the events that take place side-by-side the South’s, an interesting device that you don’t necessary see in Western films.  But in saying that being a South Korean film there are a few scenes that don’t really work as they’re intended. 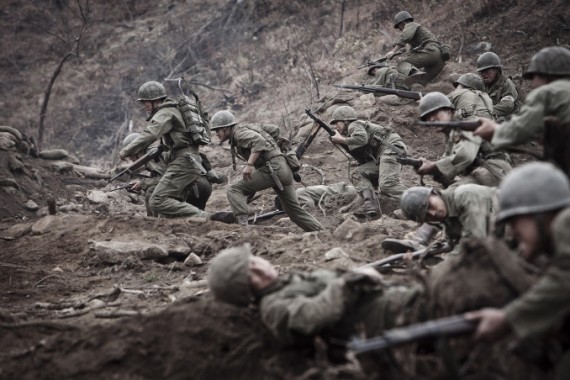 For example, a major plot point in the film is a hidden box that’s used to communicate between the two sides as the hill swaps control regularly, it becomes a tool that’s used by both sides to send supplies and letters to. However the introduction of it is handled poorly, the scene itself attempts to be light-hearted and comical and doesn’t really suit the serious war nature of the film. Which also isn’t helped by the fact this particular scenes is sandwiched between a tense standoff. If you’re used to watching South Korean films then these nitpicks may not bother you as much, but for someone who isn’t use to these Korean cultural niches it may come off as a bit weird.

Supporting characters are a solid addition to the film, which is overall acted well. From the North defector who’s helping out the South played by Ko Chang-seok, the young solider who’s suddenly fill the position of Alligator Company’s new Captain, played by Lee Je-hoon and Kim Ok-bin the film’s only female character who play’s an enemy sniper. All performances in the film are very good, and played in a realistic manner, portraying the grim, realsim of individuals at war with one another. 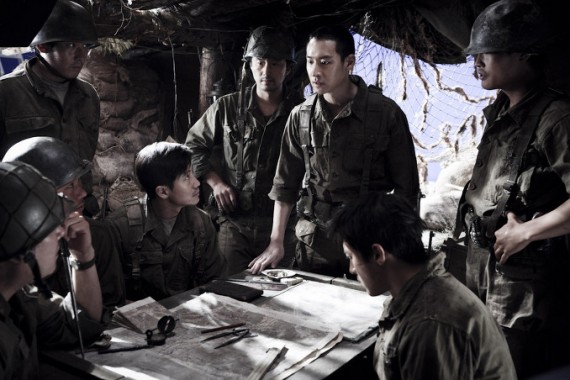 There are a few flashbacks within the film that shed light on Alligator Company, though the very first of which flew over my head and lost its importance, which would of later helped explain a few things later on in the film. The Front Line’s story overall is decent for a war film, though nothing exceptional. And the ending is done quite nicely fitting in with the meaningless of war themes the film expresses.

45,000 bullets fired, 14,000 actors, 150 stunt people, and 24,000 explosions it says proudly on the box, and from that I’m guessing you can make up your mind of the action. Action scenes in The Front Line are defiantly a highlight. They’re handled very well with handheld camera work though into the mix. The battle scenes are gritty, bloody, and realistic. The reveal of the hill itself for the first time is a sight to see – all the better in high definition as well.

The filmmakers have really gone for a realistic look and feel in this movie. And no detail has been spared. The film looks dark and gritty as it should. The battlefield itself is grey and brown with dead bodies scattered all over it. It’s a bleak sight to see and one that is so genuinely, and faithfully recreated on screen. 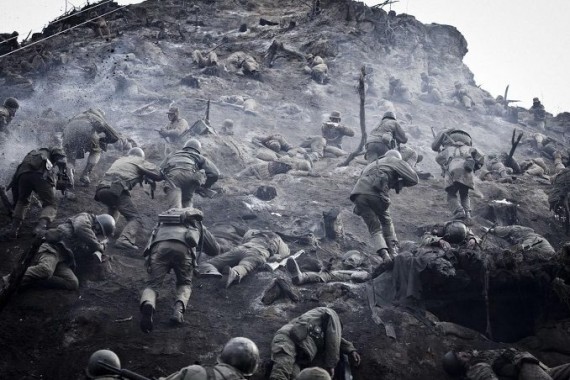 And speaking of high definition, sound is similarly crystal clear. Sound in the fight scenes is realistic and dominating, and a beating soundtrack accompanies them. Of particular note, the final battle has a quite a movie score to it which may in fact jerk up a few tears. English subtitles work fine and without a hitch for non-Korean speaking viewers.

And now for the extras which there are only a handful of, and are all in standard definition for some reason. There’s a brief making-of the film which incudes a few insightful interview with the cast and crew about the costume, location, and recreating of the battlefield. There’s also a highlighs reel of the film which is been included. Not sure why you would want to watch this when you’ve just seen the entire film, but hey it’s there if you really want it. And the official trailers are included as well. 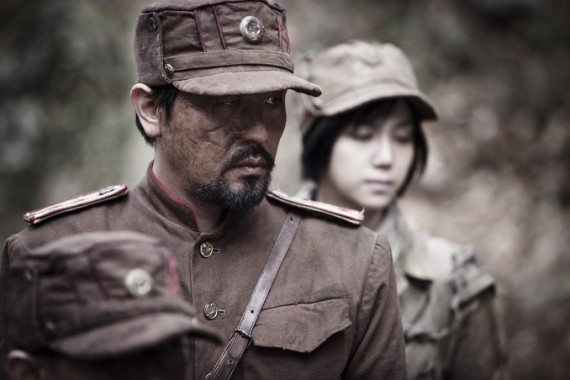 The Front Line isn’t just another generic war film, though it does lack in several areas, but by the time the film is over you will be shaking your head at the atrocities of war. Asides from the odd cultural mismatches in story and character for non-Korean viewers, The Front Line is still an enjoyable film to watch.