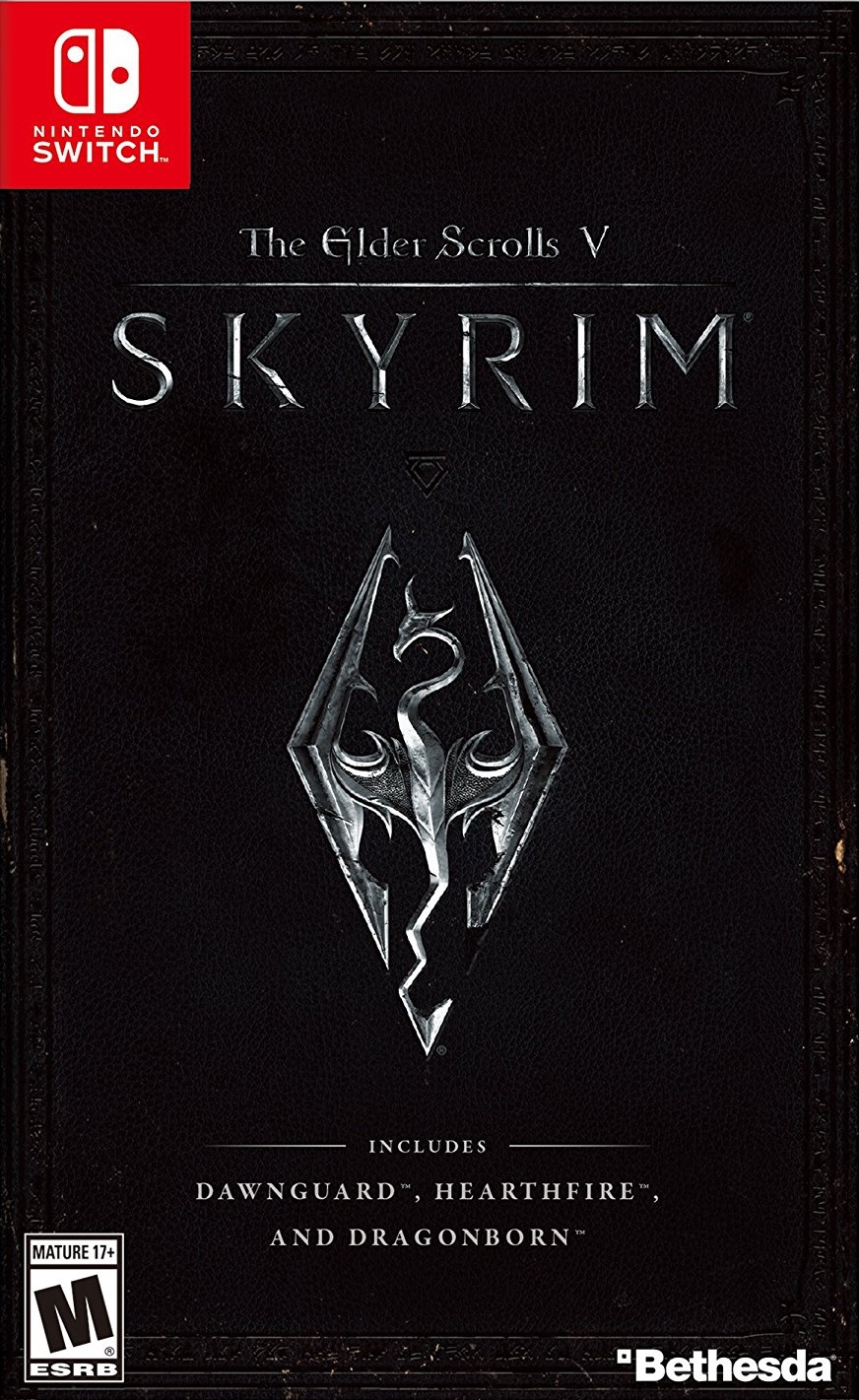 It can be rather difficult to imagine that six years have passed since we saw the original release of The Elder Scrolls V: Skyrim, especially with how often we hear of the title. With numerous mods being released for the PC version at a steady rate and the recent enhanced versions made available for the Xbox One and PlayStation 4, this time around we have a version of this classic open world RPG for a Nintendo console in the form of The Elder Scrolls V: Skyrim for the Nintendo Switch. By offering a number of unique elements, does this version of the game warrant another visit into the snowy mountains of Skyrim?

In most regards players will know what they are in for if they have played the original Skyrim release as the story remains unchanged here as players begin their story on the wrong side of an executioner’s axe. Caught in the middle of a civil war between the Stormcloaks and the Imperial Legion, the player is saved from an early death when a massive dragon swoops in and begins to burn down the fort, allowing the player to flee and learn that not only have dragons returned to ravage the land, but it is up to them to put a stop to it. 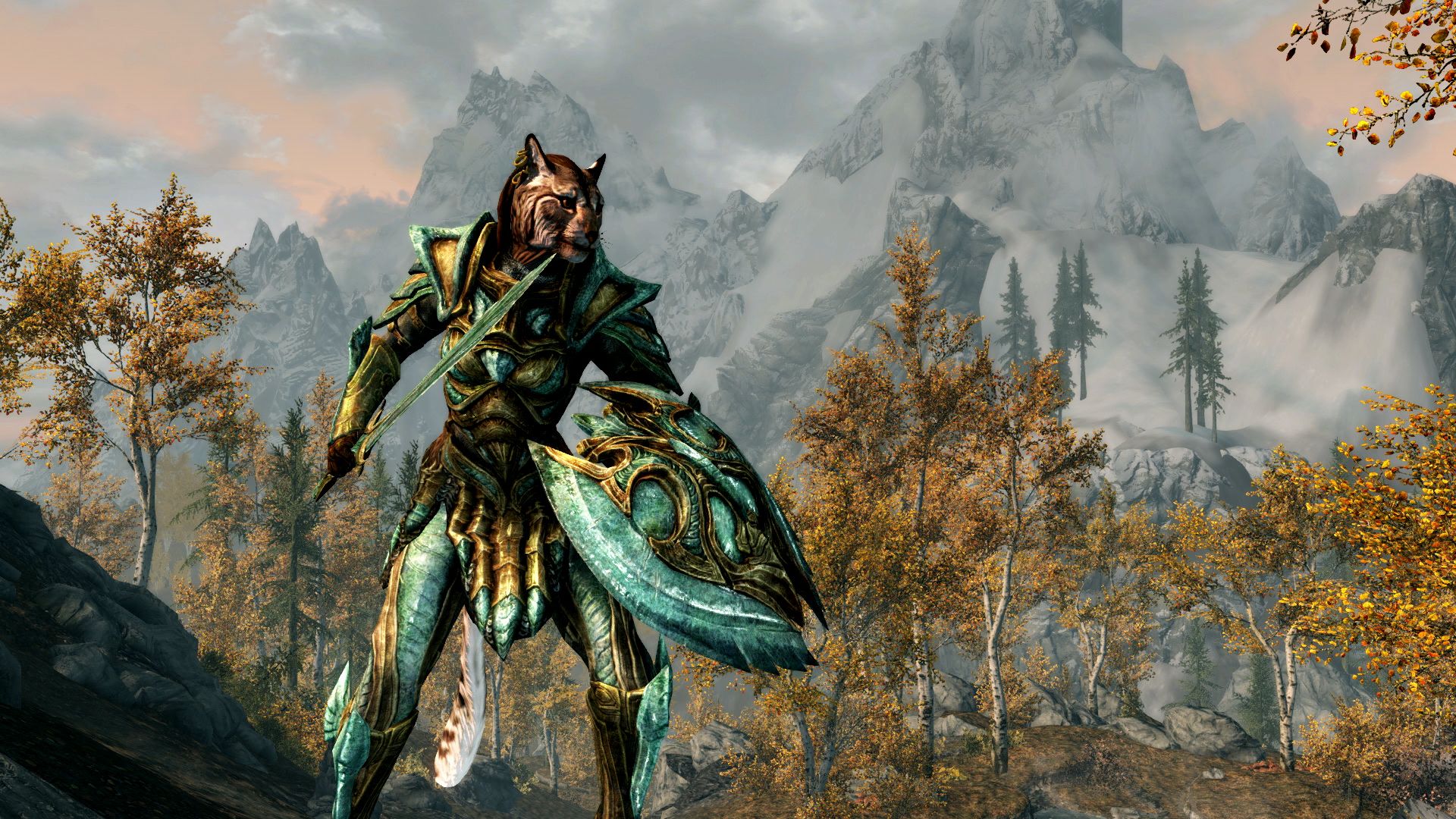 Being a Dragonborn, players will have a unique part to play in the way the world develops but that is only the beginning as the world of Skyrim is ridiculously huge. This means that while you can choose to simply follow the core storyline you can also completely ignore it while exploring the numerous amount of side quests and optional objectives that spring up in every town. Not only are there massive caverns that can be explored and guilds that have their own unique storylines to follow but since this version of the game packs in the Dragonborn and Dawnguard storyline expansions, plus the Hearthfire DLC that gives players the option to create their own homes, and you have more than enough content to lose yourself in for hours at a time.

Combine this with the sheer level of customization available in this game and you’ll always be able to experience a unique run through the game. This is thanks to the fact that there is no class system in Skyrim and the numerous races you can play as having their own strengths, weaknesses, and occasionally special dialogue depending on who you talk with. 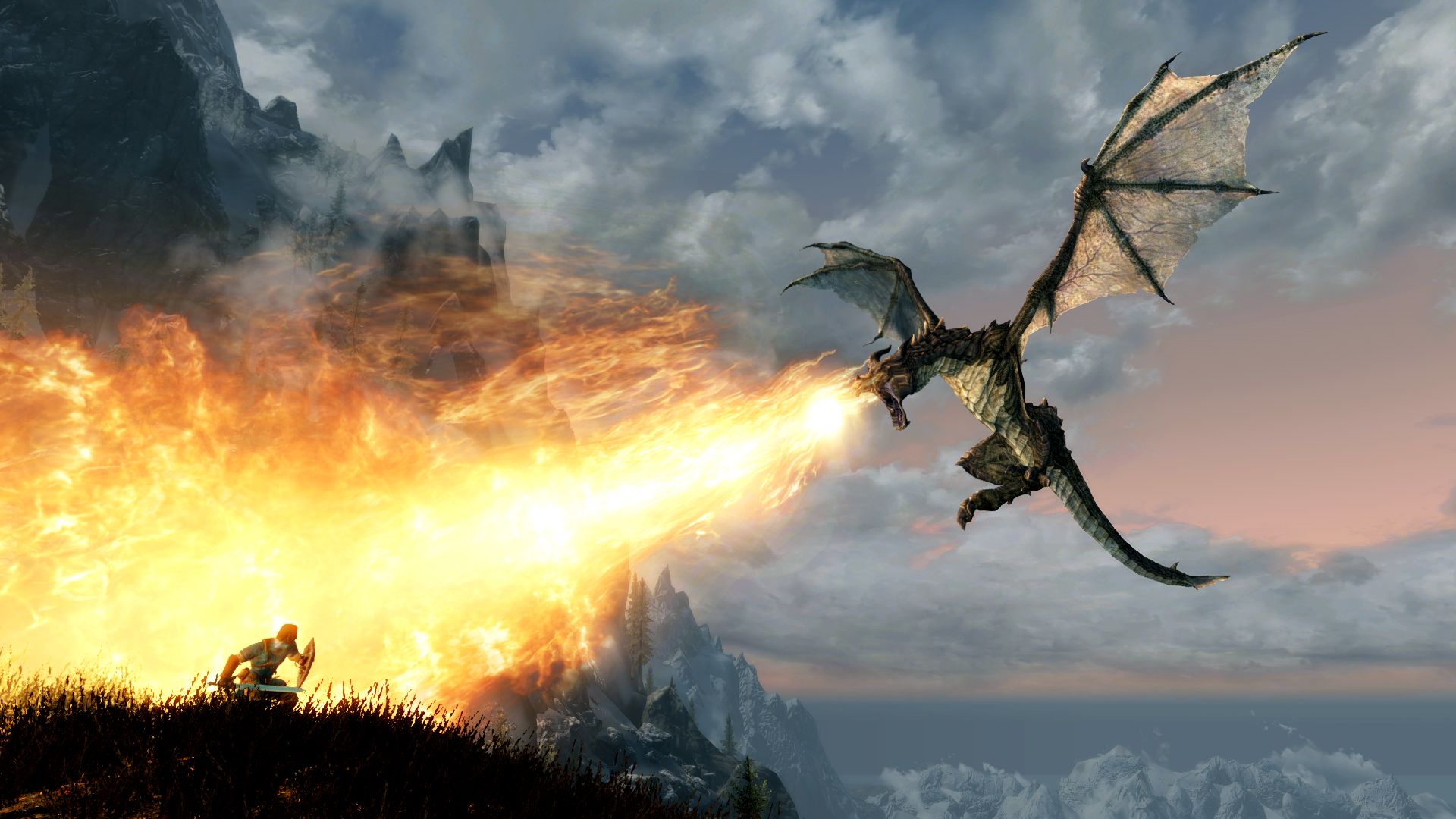 In fact Skyrim’s radial storytelling and the many nooks and crannies that can be explored lend itself perfectly to the Switch’s portable nature. Players can easily take a small break from whatever they are doing, or if they happen to be on the go and are resting for a bit, and delve into a dungeon for a quick adventure without too many extra strings being attached. This allows for an engaging experience that can be visited as briefly or as long as you wish depending on how hooked you manage to get as you traverse through a new ruin only to discover a secret you may have never seen before since even years later there can still be surprises to uncover.

Before we go into the mostly untouched version of the gameplay mechanics, let’s take a bit of time to mention what makes The Elder Scrolls V: Skyrim for the Switch a bit unique outside of the aforementioned portability option. This version of the game allows for the use of Amiibos as well as The Legend of Zelda ones that can unlock special Zelda themed items such as the Master Sword, Hylian Shield, and blue tunic found in Breath of the Wild. These items can be obtained without the use of Amiibo and make for a fun little feature if you want something special. 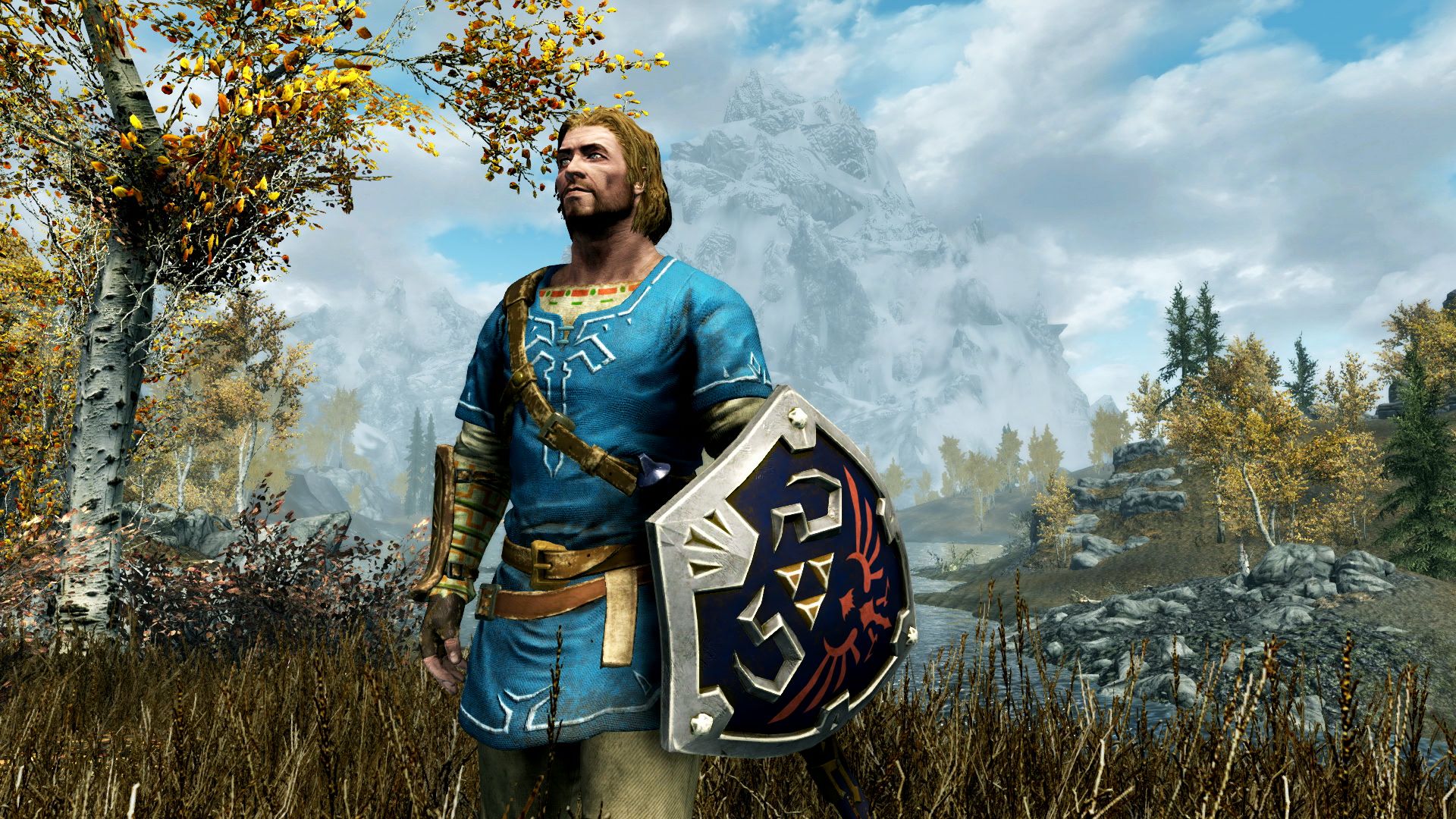 Besides these special items there is also the option of using motion controls with the joycons. This is mostly utilized during combat with swords and shields as well as using ranged weaponry but it can also be used for picking locks. These motion controls are at their best when used for archery or thieving but tend to be more trouble than they are worth, especially since using motion controls also negates the ability to play on the go, so it is a big plus that they are entirely optional.

Outside of these unique features Skyrim for the Switch is the same in most other regards as players can choose to follow any path they feel like creating for themselves. If you wish to be a nimble and sneaky archer then playing like a rogue and using a bow will level up those corresponding skills allowing you to apply skill points to them when you fully gain a level. Want to play as a heavy armor wearing spellcaster? There’s no punishment for choosing to go any route you please and if you want to be a strange amalgamation of skills then the more power to the player, even if the whole “jack of all trades” route can be a bit more difficult overall, especially since some of the stronger skill perks can only be obtained at a higher level of said skill. 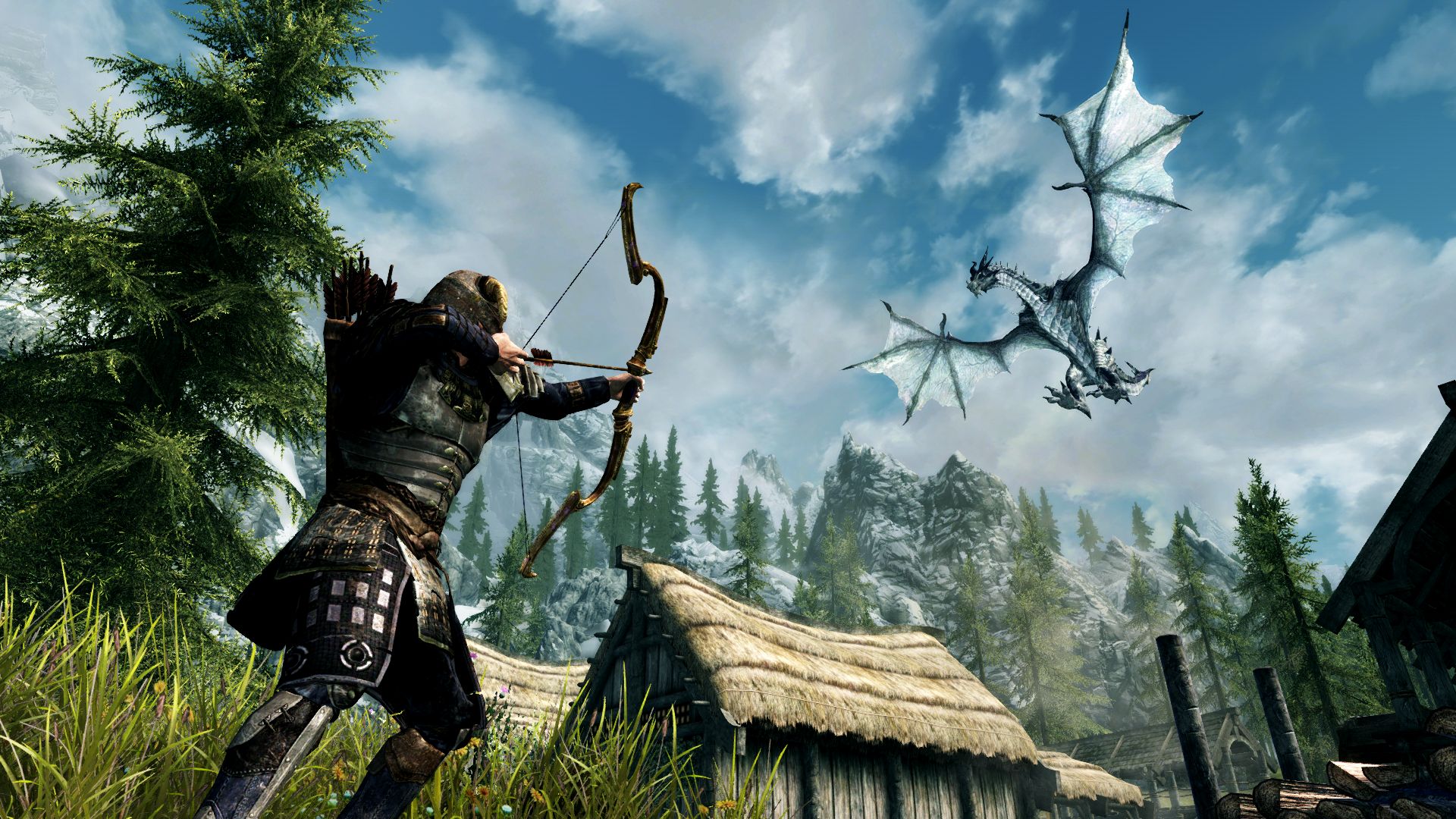 Thankfully no matter what route you choose to take with creating and building your character there is always more to explore and plenty of enemies to fight against in the land of Skyrim. With plenty of towns, cave systems, and various ruins holding secrets that are left to the player to uncover and of course dragons to be slain, the game is something of a playground for players to mess around as they choose, making even a third or fourth playthrough something to enjoy.  Though be prepared for plenty of nagging issues that have never really been addressed such as AI issues that may temporarily halt some quest progress and NPCs that remain generally stilted in nature.

It is worth noting that The Elder Scrolls V: Skyrim for the Switch falls in the middle ground of the Skyrim versions. It looks better, runs at a better pace, and features faster load times than the original version released years ago but it does still feature plenty of janky elements found in all versions of the game while not looking as impressive as the most recent version of the game available for the PlayStation 4 and Xbox One. This is hardly a knock on the game though since, despite being rough around the edges, the massive world that you’ll be exploring and the expertly designed world you’ll be exploring more than make up for the more aged look of the game. 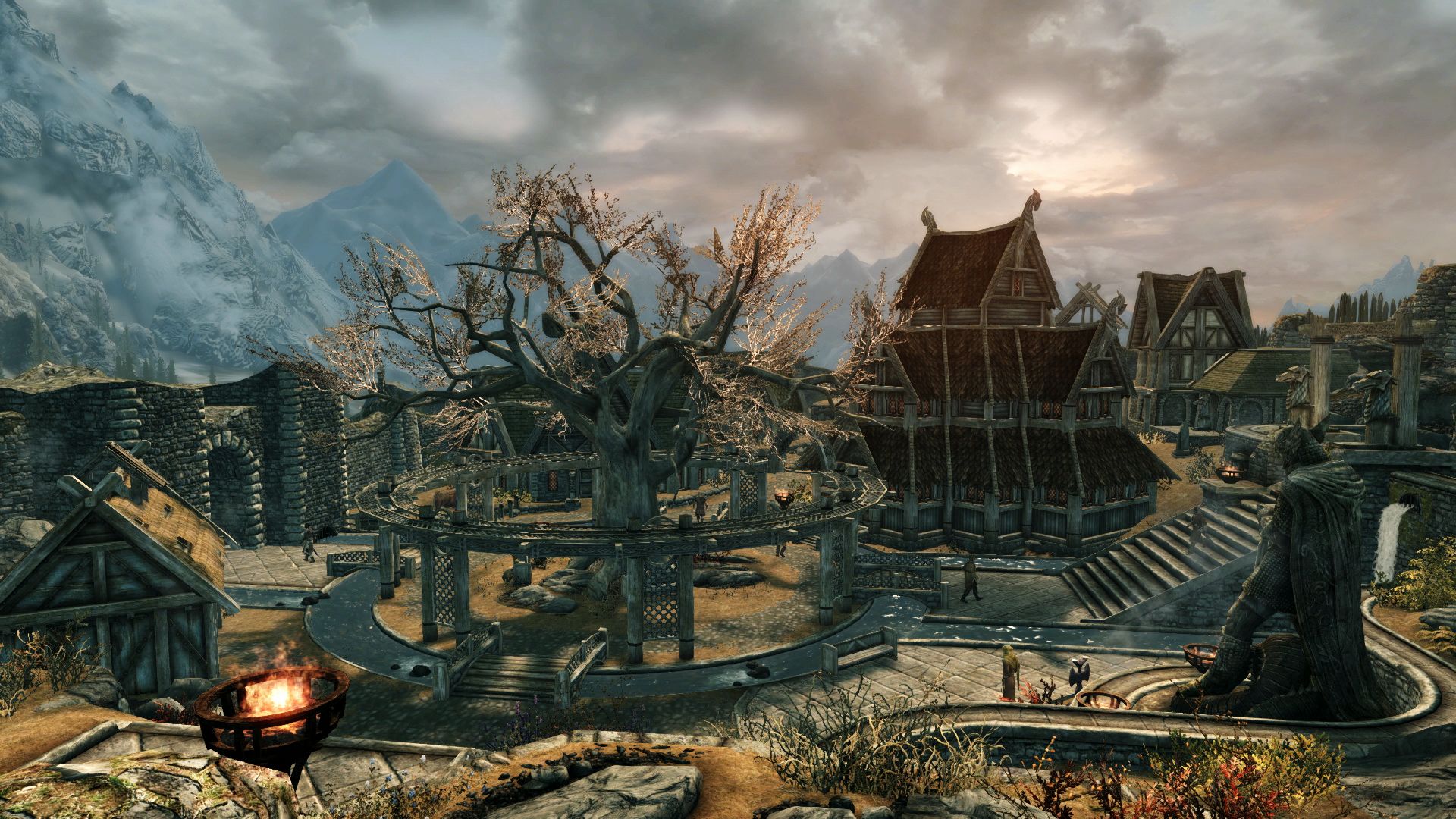 It is also nice to note that the game manages to hold its own quite well when playing undocked from the television. There is a bit more of a chance for frames to drop during some of the more intense battles that you can end up but this is rarely a problem considering the game often runs perfectly fine even when battling against a dragon with townsfolk and guards doing their hardest to try and help, though they tend to get in the way more often than not in that case. When connected to a television the game’s performance holds at a steady rate without issue.

The background music throughout Skyrim still is a masterful array of tracks that tends to be perfect for any situation that you happen to be playing through. As far as the voice work goes, players can expect many of the plot relevant characters to be handled quite well but be prepared for plenty of repeated lines and similar sounding voice actors handling the miscellaneous character dialogue.

The Elder Scrolls V: Skyrim remains as impressive as ever now that it has arrived on the Switch and the fact that it can now be played on the go happens to be one of the best selling points for this version of the title. While it does show its age in a number of ways, both visually and mechanically in regards to NPCs, this impressive open world RPG will impress in many ways for newcomers and offer a great experience on the go for fans wanting to explore Skyrim once more.

The Elder Scrolls V: Skyrim may show its age on the Nintendo Switch but that doesn’t stop this massively impressive RPG from being a great experience on a portable handheld.
8.5