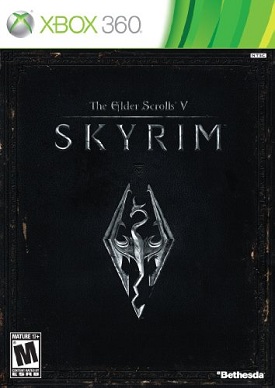 Overview:
In the video game world, there are titles who claim to be open world and offer plenty of exploration, however none of these titles could claim to have such mastery over the open world RPG than The Elder Scrolls series. It has been five years since we explored the land of Cyrodiil in Oblivion, and now perhaps the largest and most expansive title in the entire Elder Scrolls series has taken us to the icy land of the Nords, Skyrim.

Now reviewing a title such as Skyrim is not only a daunting task, but something that can be seen as one of the biggest challenges for a video game reviewer. The reason for this is that the title is just so expansive and contains so many different details and experiences to be held that the best that can be done is to dive right in and enter a world of dragons, swords, sorcery, snow and adventure.

Story:
A couple hundred years have passed since the world had to suffer through the Oblivion Crisis and now the land of Skyrim has fallen into a state of civil war. The player begins his adventure in Skyrim bound in the back of a wagon along with a number of other prisoners with his/her crime only being in the wrong place at the wrong time. You see, Ulfric Stormcloak, the leader of the rebellion is bound and gagged right next to you and he faces execution for assassinating the High King of Skyrim. Since you were captured alongside this man, you too face execution.

As you kneel down on the execution block and stare at the executioner’s axe about to descend upon your exposed neck, a creature of legend and power descends upon the small fort where you are being held. This is just the beginning of perhaps the largest and most involved storyline that I have ever seen. Rather than unfold at a set pace, the story in Skyrim unfolds at a slow pace no matter how quickly you decide to follow the main path, but let’s face it… you will be too busy exploring everything else and getting sidetracked on literally hundreds of side quests and side stories. 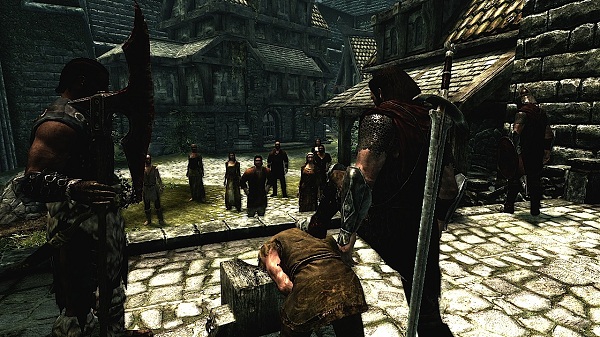 There are nine main hub towns that get a lot of focus and for most of these towns you will find multiple side quests and miscellaneous missions that will demand your attention. While the main storyline is always there calling for you to complete it, the fact that there is so much to do and so much to explore is just too much of a temptation to ignore. To make things even better, at times you will be unsure of what the main storyline actually is, could it be taking sides in the civil war? Finding out more about the dragons that are rising throughout the world and wreaking havoc?

With multiple story paths to be explored and plots to discover, Skyrim’s storyline intrigues me more than any other Elder Scrolls title and more than any other title I’ve played in recent memory. To make things better, while some dragon encounters are story related and will happen after you either make it to a certain mission or reach a certain destination, most of the dragons you encounter are completely unscripted. This means that unlike Oblivion where you always had to do the same type of exploration to shut down an Oblivion gate, you will constantly be surprised to hear the roar of a dragon and the beat of its wings as it circles around you.

This provides a massive amount of replay ability for the title as well. While the story and exploration is absolutely massive, there is always going to be some form of new content for those who want to start over and take a brand new character through the story. This includes a branching civil war storyline where you can choose to take a side and swing the battle for the Stormcloaks or the Imperials. But why restart from the beginning when there is a new Radiant storytelling system to constantly keep new content flowing.
While you may finish a main guild or cities quests there are always likely to be new adventures of some sort there for you the next time you visit the area. This is due to a procedural generated quest system which makes various miscellaneous objectives to keep you interested and provide a reason to go explore that cave in the distance you didn’t want to venture through the first time. 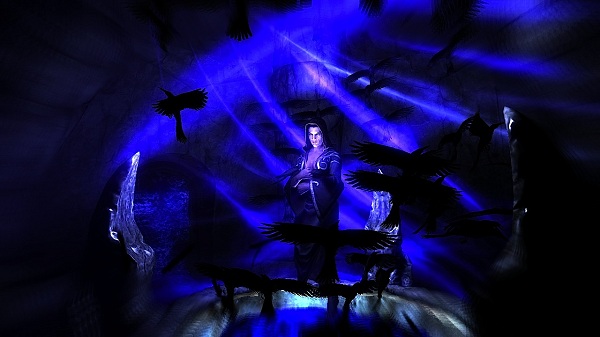 With the vast variety of the quests, multiple plotlines spanning across easily a hundred hours of gameplay there is tons of story to be found in the world of Skyrim, whether it is history, main events, side events or even the happenings of some small village in the wilderness. The massive world to be explored along with the amount of story to be found will keep players invested for longer than they could ever have dreamed.

Visuals:
With Skyrim Bethesda created a new engine specifically for the title. This engine is called the Creation Engine and it allows for dynamic weather, textures that add weight to various objects and allow for distant terrain to look better, which is a necessity being that Skyrim’s sprawling landscape is one of its greatest features. Thankfully the Creation Engine does everything perfectly. Venturing through the world of Skyrim is one of the best features of the title and the landscape surrounding you is absolutely beautiful. This is especially noticeable during one mission where you are literally above the land of Skyrim and can see the entire world beneath you clear as day.

This includes a number of details that otherwise wouldn’t be possible. The characters in the world move fluidly, the sky itself is breathtaking at times; snowfall can vary from a small flurry to a literal blizzard obscuring anything more than ten feet away. That being said sometimes the snow looks rather bad on rocks with noticeable gaps in the snow cover, but as a whole everything looks breathtaking. Plus, even playing on the Xbox 360 I didn’t notice any issues with textures nor any problems with objects not loading properly. On the very rare occasion I would notice a clipping issue with the ground or a wall where a character would stand partially inside a wall or object however. 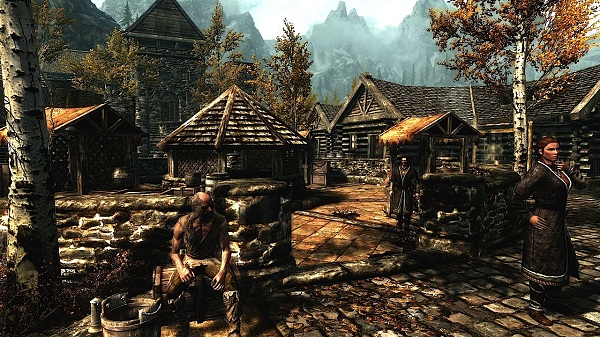 Those concerned about the way that characters look in Skyrim have no reason as all of the characters, whether they are male, female, Khajiit, Human or Argonian look amazingly diverse and more realistic than ever before. The Khajiit and Argonians appear completely different from how the more Human like races look and the elves also share a unique appearance that makes talking to new people a delight.

Besides the major graphical changes a few tweeks have been made in other areas as well. For example when you speak to characters the view will no longer zoom in on their face and rather show their whole body language. Also the in-game menu has changd which allows for navigation through a quick and simple four-directional menu screen. Players can acess their skill trees, magic, items and map all separately through swift and fluid movements. The item screens are all broken up into neat categories and shown clear as day in a 3D image preview section for fully rotational item viewing which is a nice touch.