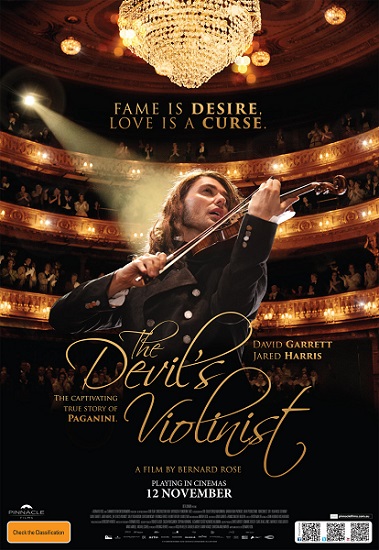 Niccolo Paganini was considered one of the musical geniuses of his time and played in concert halls across Europe. Following his death and his refusal to accept last rites, a legend retroactively formed concerning his musical talent and the possibility that said talent had originated from a deal with a certain malevolent otherworldly entity. This legend has inspired many works of fiction concerning the noted composer and it is in through this legend that The Devil’s Violinist seeks to portray the story of Paganini. The director, Bernard Rose, created a similar biopic about Ludwig Van Beethoven (Immortal Beloved) which received a mixed reception. Does his return to a similar subject matter in this new film present a culmination of his experience in film making or a shallow attempt to recapture glory from a decade ago? 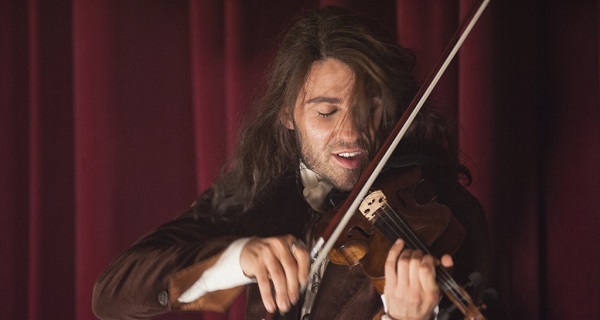 The plot focuses upon the eponymous violinist; Niccolo Paganini (David Garrett), as we see him rise from obscurity to fame with the assistance of his sinister manager, Urbani (Jared Harris). Urbani facilitates Paganini’s indulgence of his baser urges and cultivates an infamous reputation for his charge amongst the wider public. The focus shifts from Paganini to an English entrepreneur, John Watson (Christian McKay), and his family. Along with the help of Urbani, he is able to attract Paganini to come play in London. Trouble ensues as Paganini encounters moral crusaders who protest against his immoral music (and philandering ways), an ambitious journalist eager to make a name for themselves (Joely Richardson), and love in the form of Watson’s daughter; Charlotte Watson. 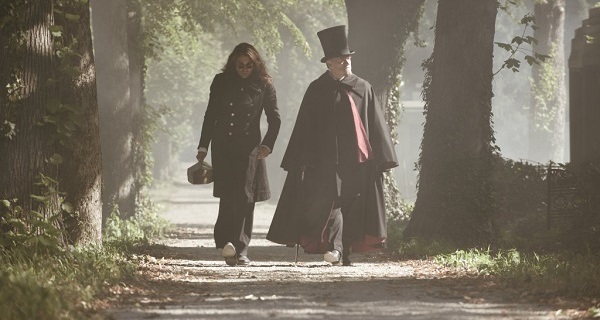 Let me come right off the bat and say immediately that Garrett’s performance in this movie is nothing short of cringeworthy. This is understandable considering Garrett is a musician, not an actor, but it is very jarring throughout the film to see him portray the title role with such a wooden performance. His performance also serves to reinforce the fact that the writing is quite clumsy and forced in parts (especially the first act). His subpar performance stands in stark contrast to the almost pantomime, camp performances of Harris and Richardson. Although the film tries to portray the life of Paganini as a 19th century rockstar (which is an awesome concept), Garrett simply does not have the charisma, charm or bravado to create such a commanding persona.

The above being said, he does excel in several sequences throughout the film where he performs the works of Paganini in front of the camera. Throughout the movie, characters make reference to Paganini’s genius with playing the violin and how he transformed it from a simple instrument into a living, writhing object. With bow in hand, Garrett was able to convince me that such descriptions aren’t entirely hyperbole and it is to the director’s credit that he was able to capture such an energetic performance with the camera lens. These sequences where Garrett performs as a violinist are by far the best highlight of the entire film. 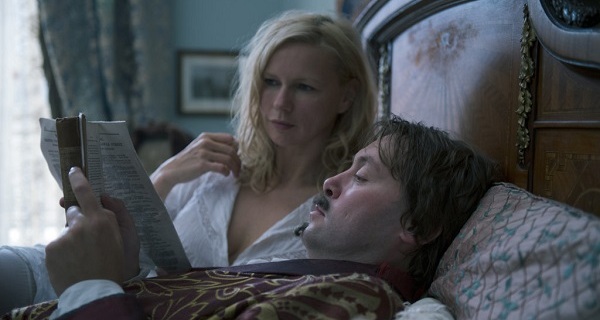 It becomes a shame then that these moments are diluted by an overly packed script. The narrative and dialogue were in dire need of an editor to do away with superfluous conversations, scenes, and entire acts. Throughout the film we are given plot points and details which ultimately lead to nowhere. The narrative hints at deeper issues such as Paganini’s drug use and his troubled relationship with his father but never seeks to explore them any further than in infrequent instances where they are meant to have an effect on the wider plot or explain some character motivations. The film goes for 2 hours but it feels like most of it is padding which can be cut away to reveal a leaner, meaner 90 minute (or even 80 minute) movie underneath.

The supporting actors do very well in their roles, as previously mentioned, considering the lead and script they have to play against. Harris is delightfully sinister as Urbani and with the hungering ambition of Richardson, we are able to enjoy some excellent over-the-top performances from two highly experienced and skilled actors. McKay and Deck also put in some good work but are ultimately overshadowed by the stronger supporting cast and the weaker lead. The direction to the actors should have played up this camp, pantomime performance and to have done away with any pretence of realism but this, I admit, would have largely been to my personal tastes and the film might have also benefited from having the actors give more toned down performances in the other direction. 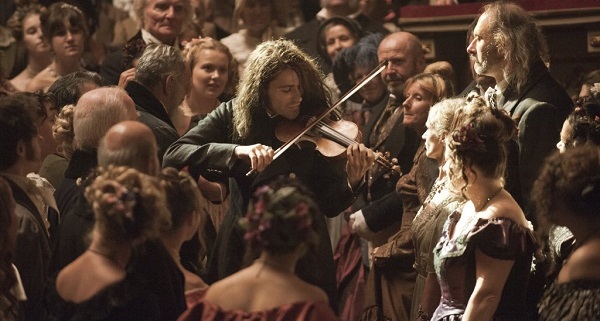 The visuals are passable with a few exceptions here and there. The direction of the musical sequences where Garrett plays the violin are excellent in their construction and emotive impact with plenty of close ups of musician and instrument, but outside these moments we don’t see much which is interesting visually. The costume design is eclectic with a mixture of sensible Pre-Victorian era clothing for most of the characters but eccentric Commedia Delle Arte style costumes for Harris and Ferres. Their costumes appeal to me personally, but I think the production would have benefited from a unified vision in one style or the other. 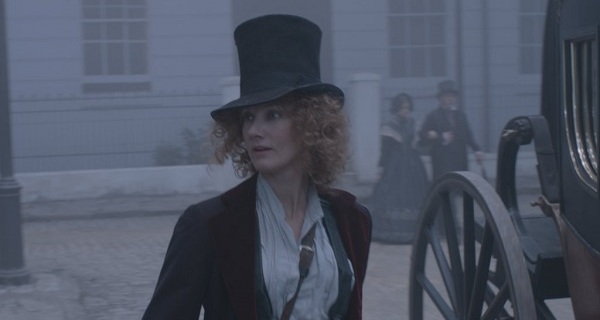 The sound design is where this film stands out and proves its worth, especially in the sequences where Garrett himself plays Paganini’s pieces. I have honestly never heard of Niccolo Paganini before I had seen this film but after seeing this film I have actively gone out and sought out his work. You should see this as high praise as my own musical tastes are more aligned with thrash metal than with classical violin solos. My only criticism would be that there are not more instances of Garrett performing Paganini’s compositions as they would have been eminently more enjoyable than having to listen to him deliver dialogue. 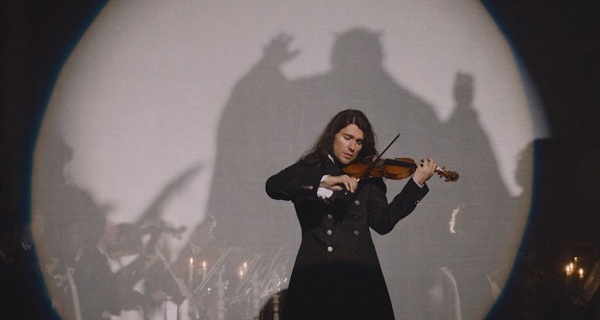 It was interesting to see Rose do another film covering the life of one of history’s greatest composers and although it made for some interesting sequences to have an actual violinist play ‘The Devil’s Violinist’, it was ultimately a mistake in my opinion. This film’s concept had so much potential behind it in the portrayal of a 19th century composer through the lens of modern day celebrity, but alas there are too many misses and not enough hits. I personally enjoyed it for the moments when the film did hit the right notes, but as I’ve said before; these are few far between. Unless you have the patience to sit through the lulls, I can’t recommend you watch this film.