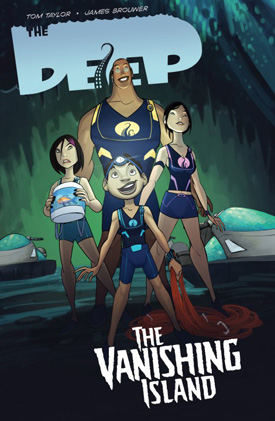 Coming off an incredibly strong first volume, the creative team of Tom Taylor and James Brouwer are back again with The Deep‘s second volume: The Vanishing Island. It was almost impossible to improve on the original, but these guys managed to do it. The artwork and writing retains all of the charm and originality from the original, while some slight refinements make the book feel like the real beginning to a series that will last a very long time. 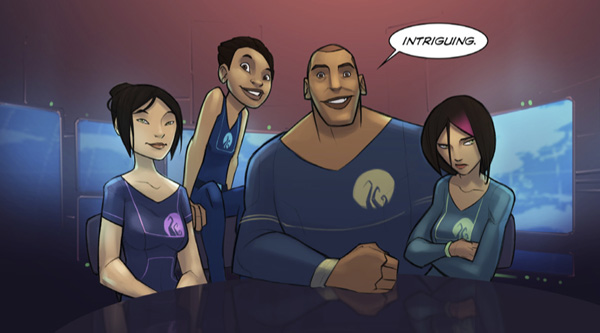 The Nekton family are back, and after their discovery at the end of volume 1, they are traveling the seas once again, hoping to find more clues to unravel the mystery (I can’t tell you the mystery without spoiling the ending of Volume 1… So check out Here Be Dragons to discover the mystery for yourself). While traveling along, they are contacted by the governor of a small island in the middle of the ocean. The governor has a unique situation on his hands; a GIANT tidal wave, enough to wipe out his tiny island and all of its inhabitants was headed straight for them, but instead of being wiped out, the small landmass and all of its residents remain untouched. Never ones to turn down a mystery, the Nektons set sail once again.

Joining the Nektons this time is an elderly gentleman by the name of Nereus, a man who seems to know the answers to the secrets of the world, but instead of just telling our favourite sea-bearing family, is coaching them to discover them for themselves. He has also taken up the hobby of trying to freak out Fontaine as much as possible, much to the rest of the family’s humor (although, an old man on a submarine freaking out a teenage girl is kind of a scary thought). 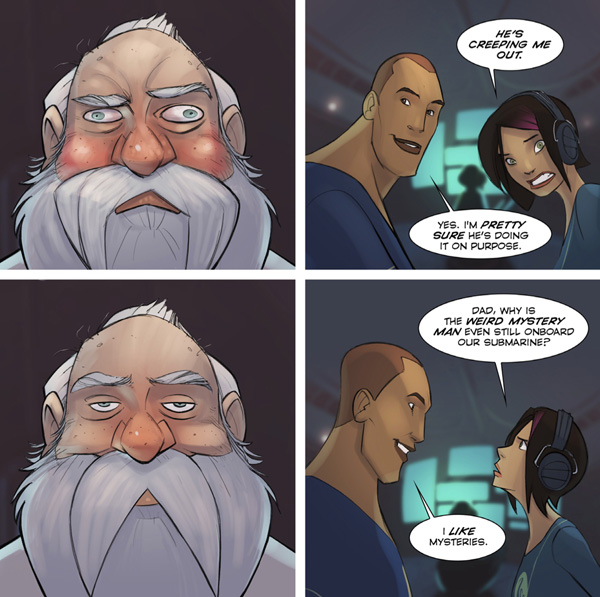 The story follows a lot of the same structure and pacing of the original; The Nektons are contacted about a mysterious event, they head to the location, find something amiss, investigate further, trouble ensues, and their family bonds get them through. The structure works wonders for the book, and is told at a great pace for everyone.

One of the problems I mentioned in the beginning was that the plot device in the climactic moment felt kind of  predictable, this time it is far less so. Readers who are constantly analysing the book may be able to pick up on it rather quickly, but for the rest it should serve as an enjoyable surprise. The twist also allows for some incredible imagery, and imagination as you can just picture what the family, and especially Ant is thinking as it unfolds. 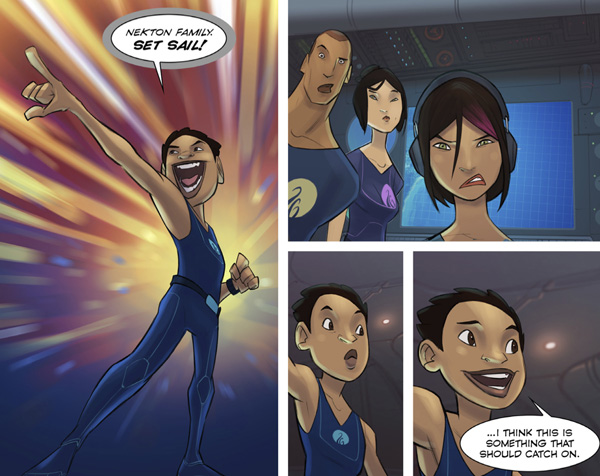 In the previous book we were also introduced to Trish, the reporter with an axe to grind against the Nektons (especially Kaiko) While her appearance in Vol 1 was minor at best, her absence here was noticeable. Here’s to hoping that she will become a recurring character and constant thorn in the sides of the Nektons as they unravel the mysteries of the ocean.

Once again the characters are all extremely well written, and everyone gets their chance to shine. Will solves the mystery, Kaiko saves an island of people and Nereus’ goofy exterior freaks people out. However the best part of the book is definitely Ant and Fontaine’s ‘spelunking’ of the floating island, and the touching moment that occurs between the two. It serves as a great lesson to anyone that family, and siblings will always be there for you, even if they are annoying (and want you to kiss a fish… no that isn’t a metaphor).

Even though this is the second volume in the series, you don’t need to have read Here Be Dragons to enjoy The Vanishing Island (although it helps). After having read both, I kind of feel that Vol 1 was an introduction to the characters and their adventures, while vol 2 really kicks off the story in a big way. 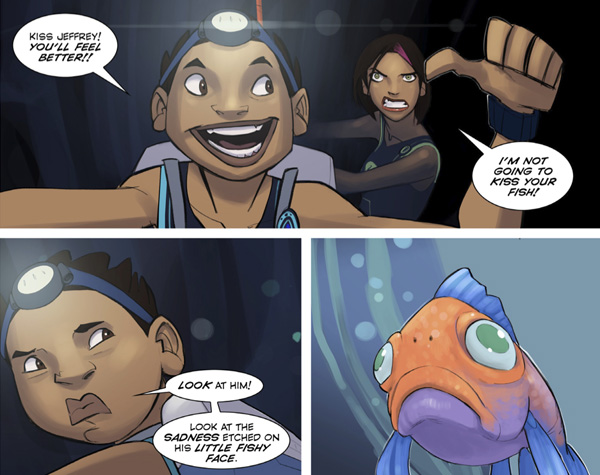 Much like the first volume, the artwork here is an absolute dream to see. Characters and backgrounds are again clearly drawn, with enough detail to really make them come alive, but not so much that it becomes burdensome. The artwork even feels slightly more refined from the original, with some character designs and appearances being really sharp and clear.

Special mention needs to go to the lighting and shadows of this issue, which are simply spectacular. The faint aura of a glowstick in an otherwise pitch-black cave is portrayed impeccably in this book, as is the small impurities and other floating debris you find in the water. This issue definitely goes to show that you can have a cartoony-simplistic approach to a book, while maintaining a feel of realism. 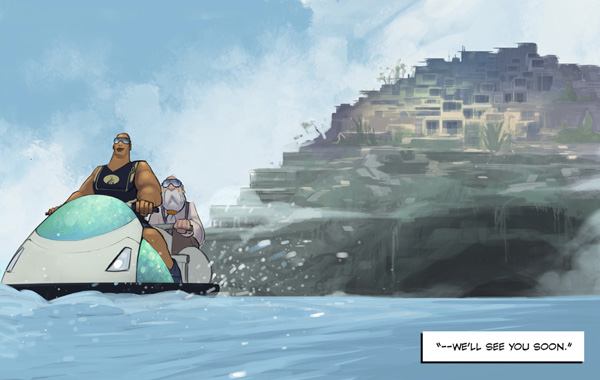 The Deep: The Vanishing Island is another fantastic installment in The Deep series. Its characters are some of the best in comics right now, and even though it is targeted towards children, I can’t help but find myself dying of anticipation for Volume 3. The unique story, likeable characters and artwork that leaps off the page, The Vanishing Island is a worthwhile book on its own, and a fantastic installment to a series that hopefully continues to grow.