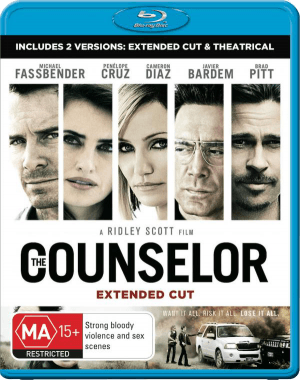 Cormac McCarthy’s novels have been the source material for some great films, No Country for Old Men and The Road being the most recent examples. The Counselor is his first original film screenplay, and it was quickly picked up by the production company behind the screen adaptation of The Road, with Ridley Scott directing. The cast is laden with Hollywood heavyweights, from current man of the moment Michael Fassbender to No Country for Old Men star Javier Bardem.

Michael Fassbender is the titular Counselor, a rich and successful lawyer who has just proposed to his girlfriend Laura (Penelope Cruz). He seems to have been a good boy for most of his time, not falling into the pitfalls of drug abuse and corruption usually associated with his position of power. His friend and business partner however, has had no such qualms. Reiner (Javier Bardem giving more oddly coiffed oddity) has tried and failed to involve the Counselor in drug trafficking, instead settling on building nightclubs with him. Reiner lives with his pouty, sociopath girlfriend Melkina (Cameron Diaz), who owns a couple of cheetahs and knows a bit more about the drug trade than Reiner wants to let on. 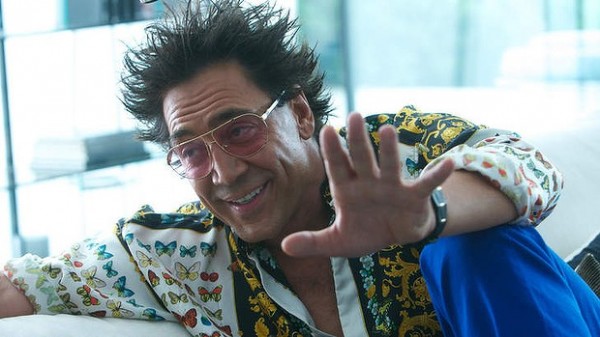 And then, The Counselor decides to do a deal. Just one: but a big one that puts him on the radar of the Mexican cartels (presumably he has to pay for the enormous diamond he’s just put on Laura’s two dimensional finger).

Reiner doesn’t like the sound of it, and tries to convince his friend to back out. When he persists Reiner sends him off to see middle man Westray (Brad Pitt), who also goes to great lengths to turn Fassbender away from the deal, describing in detail just how the cartels deal with people who cross them. Despite all of the warnings the Counselor carries on, so of course things swiftly head south. The septic tank truck carrying the cocaine across the border is hijacked, leaving the Counselor in a bit of a tight spot.

Despite the drugs and the sex and the numerous and varied decapitations, the Counselor isn’t an exciting or a tense film, and it’s certainly not sexy. The vast majority of it is spent watching characters have rambling conversations, then someone dies horribly and it all begins again.

Cormac McCarthy’s screenplay is terrible, a fact that will be hard to swallow for anyone who has ever read his novels or seen their film adaptations. The tone is very similar to his other works and The Counselor does bear McCarthy’s trademark streak of brutality, but the dialogue is trying far too hard to be smart and even the actors seem to know it.

Fassbender, Bardem et al all turn in awkward and humorless performances, with Diaz in particular glaringly miscast. Her character Malkina does get more than her share of ridiculous moments, and by the end of the movie it is fairly apparent that Diaz has no idea what she’s saying. It’s a shame to see such a quality ensemble look so silly. 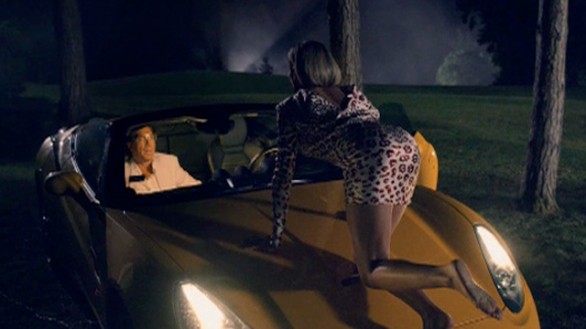 Speaking of ridiculous moments, if you’ve heard only one thing about this film, it’ll be that there’s a scene in it where Cameron Diaz has sex with a car. Indeed she does, and in addition to that, Melkina tries to seduce Penelope Cruz, then a priest, and in response to Bardem’s accusation that she is a cold person delivers the line, “the truth has no temperature”.

It’s not the only snort worthy line of dialogue in the Counselor, with Bardem delivering several cringe worthy speeches about the nature of women (they don’t seem to be creatures worthy of much praise in this movie), and plenty of clangers whenever sex is involved: “You are a glory”, says Michael Fassbender to Penelope Cruz, “Life is being in bed with you, everything else is just waiting”: The Counselor takes two of the most desirable stars in Hollywood , puts them in bed together and ends up with an awkward tussle underneath the sheets.

And it’s not just the main characters who suffer under the yoke of the screenplay. Little to no exposition is afforded, often leaving the identity of the minor characters a mystery. There’s a brilliant example of this sitting on The Counselor’s IMDb page, which attributes a quote to ” The man who is in a pool room talking to the counselor (at 1:51:48)”. Said man talks to the counselor for an entire scene, but we’re never told who he is or what he has to do with the story. Indeed the motivation of pretty much everyone in this film is a little hazy, but at least we know they can spout long lines of pretentious dialogue when called upon. 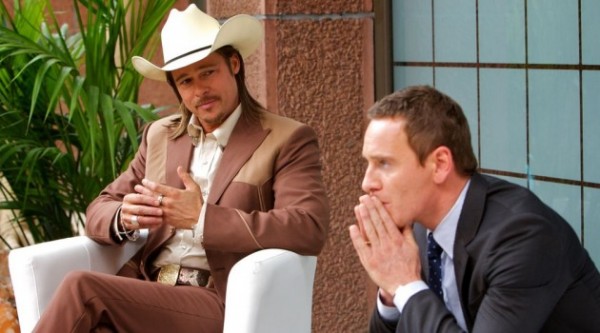 Despite it’s shortcomings The Counselor is still a good looking movie, directed with the usual flair by Ridley Scott. We get both sides of the drug trafficking coin- the opulent, garish world of Reiner and Malkina and the dusty, violent  reality of the people on the business end of their maneuvers. There are some moments of intense violence that really hit home in their brutality, one in particular demanding to be viewed through the fingers- the world of The Counselor is nothing if not grim.  Given that the film is so dialogue heavy the musical score takes a bit of a back seat, but composer Daniel Pemberton provides some haunting, tense pieces that take cues from the numerous locations of the film.

There are no extras with the Digital HD release, so if you’re after any additional material then the physical releases of The Counselor are the way to go. The DVD has some ‘Viral Pieces” (deleted scenes), whilst the Blu-ray adds a making of clip, the trailer and tv spots, and an extended cut of the movie that adds another twenty three minutes to the two hour run time. The Digital HD release is also the extended cut version of the film. 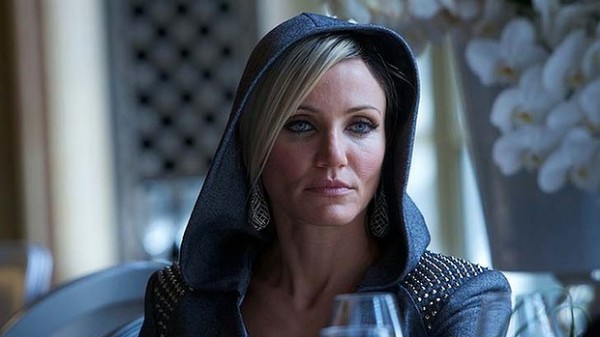 When the details about this movie were first released excitement levels ran high – a bevvy of Hollywood’s biggest stars directed by Ridley Scott with a screenplay by Cormac McCarthy, what more could you ask for?

As it turns out big names are nothing in the face of a bad screenplay, and authors who produce fantastic novels are not necessarily going to make great screenwriters. Despite solid direction from Scott The Counselor is a tremendous waste of time for everyone involved, and will have the somewhat sad legacy of being “that one where Cameron Diaz humps a car”.