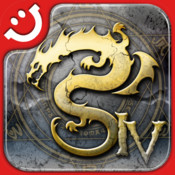 RPG is a favourite genre of mine, one that is focused on storytelling and character choice, as well as an interesting range of characters and attack specialities. These are the categories that set RPGs apart from the pack, and are qualities that any game seeking to join the genre needs to qualify by. So does Inotia 4 uphold these standards?

Inotia 4 has a simple enough control system with a joystick in the left corner and an attack button in the right, as well as several hot key slots for special abilities. It’s fairly self-explanatory, which is good because there’s no tutorial. A tutorial comes after you finish your first mission, introducing you to the skills/abilities part of the game, which you wouldn’t have found unless you are adventurous in the menus, because it isn’t exactly obvious. In fact, sometimes several level changes can go by unnoticed. But that won’t really bother you with the enemies you encounter. 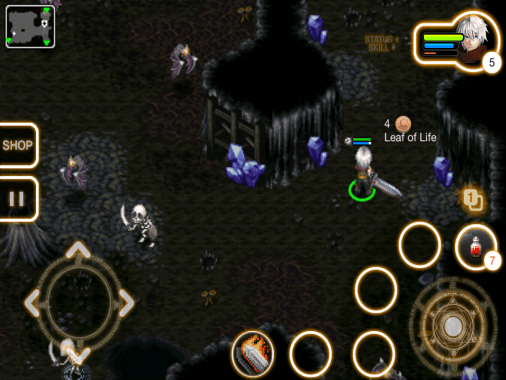 Mana increases quickly enough, and mana boosts are also dropped quite regularly. Not only this but health is regenerative, so in a few instance you can merely step back and let your health regenerate over time instead of using a health potion. This is kind of a let down, it became something that made the game so much more easier. Especially in one part where I had to take on several enemies, but waiting between each one by simply not moving towards the next one allowed me to take each one on with a full health bar and never worry about getting cut down. 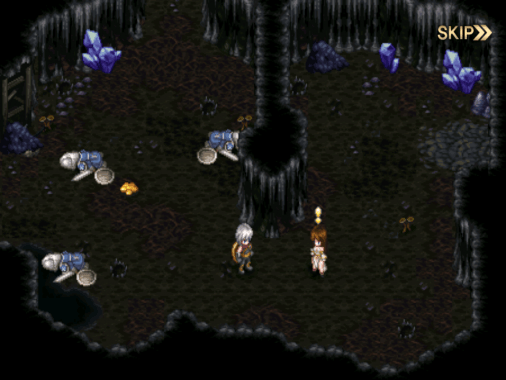 Another thing with the enemies is that unless you’re in their immediate space they won’t attack you. In fact you can go through entire sections without getting into a fight provided you don’t pause or directly run into an enemy. This helps since enemies reappear once you’ve defeated them and if you have to go back the same way you came it is annoying to have to slash your way through again. It seems like defeating enemies is something you have to actively choose to do, for the purpose of leveling up. 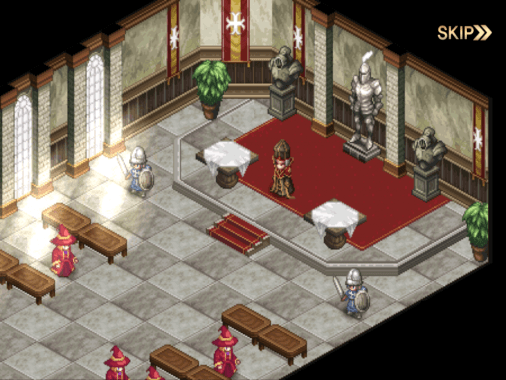 The storyline follows a more old school, anime style approach and it is fairly one-dimensional. Your main character, Kiyan, is kind of a douche and he goes around doing what he likes and killing a bunch of people cos he’s an assassin and he’s totally bad ass like that. Plus all the girls are dressed, or should I say undressed, as you’d expect. So that might be a pro or con, depending on your opinion.

There are six different classes you can start off as, ranging from a knight, to a warrior, to a long ranged fighter to a warlock or priest. It’s pretty much pick your poison, in terms of what your usual RPG character is. Your main character will always be Kiyan though, a moody, apathetic little assassin man. 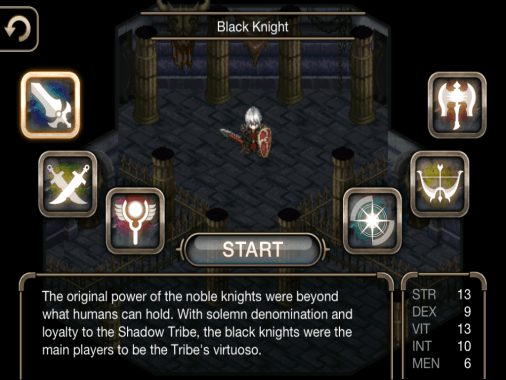 It is very much a button-spam game. There is no real method to the madness, just keep an eye on your health when taking on a boss, or a couple of enemies, use your powers when possible, and don’t die. There aren’t really counters, or anything that requires tactics beyond trying to take one enemy on at a time. Some might not enjoy this more hack and slash approach, though I have to say I didn’t mind it at all. I am speaking as a person who likes to pick a warrior though.

There is also some definite humour in there, which was much appreciated, and came rather randomly. Which is the best time for humour to come. 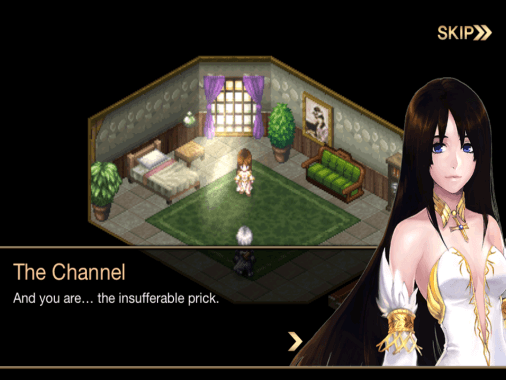 The artwork of the characters that pop up whenever dialogue is said, is really intricate, and just what you’d expect from an anime game. Other than that the graphics are simplistic and reminiscent of old school games where you wander the forests, killing random beasts for experience points. Or, as I did, catching Pokémon.

The soundtrack doesn’t really set itself apart in any way. It sort of sits in the background casually, with a flute and is punctuated by the sounds of sword slashes and manly, as well as feminine, grunts as you take on enemies. It gets quite repetitive after a while, this probably won’t be the sort of music you hum to yourself afterwards, and if it is you’ll find yourself face-palming.

The Chronicles of Inotia IV: Assassin of Berkel is a fairly strong RPG app, especially in the anime section of the genre. It has the art, the storyline, and the style going for it. It is definitely a superior app to others on the market, but just don’t expect more from it than the anime-happy thing that it is. And you’ll probably want to turn your device to silent when playing it.