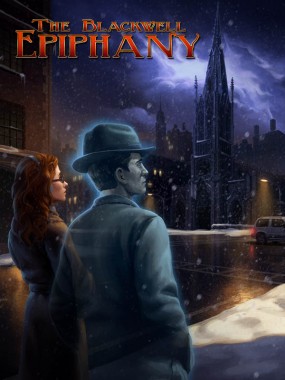 The Blackwell Epiphany is the fifth and final entry in Wadjet Eye Game’s point and click adventure series following on from The Blackwell Deception. Rosa and Lauren Blackwell have been saving souls with the help of wise ass ghost Joey Mallone since 2006, so there are a lot of plot points and character mysteries to be resolved before the series can take off into the light. 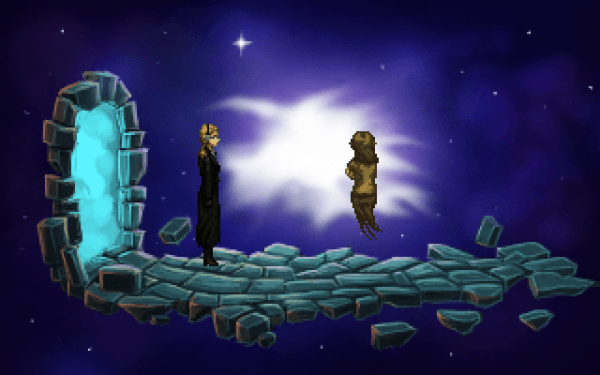 The basic premise of the series is that the Blackwell family, here represented by protagonist Rosa, are Bestowers- able to save lost souls and send them on to the afterlife. To aid them they are tied to a spirit (Joey), which only they and the ghosts that they save can see.

Blackwell gameplay is traditional point and click with a twist. Rosa brings the normal set of protagonist actions whilst the spectral Joey can pass through objects and blow things around. The two can be switched on the fly, and there’s now a “Call Rosa/Joey” button to use if the characters end up in different scenes.

Gameplay hinges on conversation and investigation, progress depending on how much you know rather than the combination of objects in your inventory. What object puzzles there are, are simple affairs that usually net Rosa keys and pieces of paper (Joey has a lot of puffing to do).

Ferreting out little snippets of information is the name of the day. To aid in this Rosa has her mobile phone which can search the web, make calls and cross reference notes to open up new lines of inquiry.The notes function is a great mechanic but it feels underused in Epiphany, largely limited to drawing conclusions that are obvious anyway. There are occasions when Rosa fails to register information that’s already been uncovered, leading to bouts of frustration where you know what you need to proceed but the characters don’t. 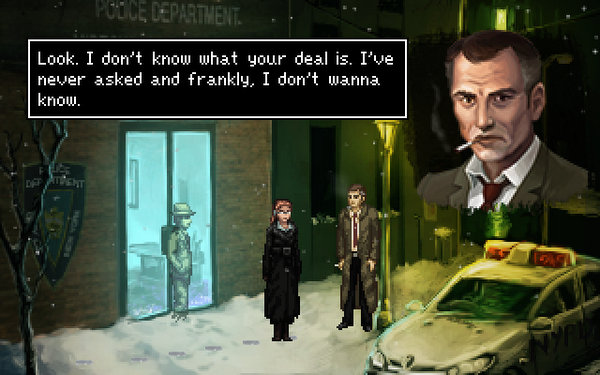 The gameplay – in terms of mechanics and puzzles- is a little underwhelming, but the Blackwell series has never been about fancy puzzles and burgeoning inventories. Character and story have always been at the heart of the series, and Epiphany has that in spades.

At the start of Epiphany we find Joey and Rosa up to their usual business- walking the streets of New York to try and find lost souls that need help to move on from the physical realm. Sent to a derelict apartment block by series regular Detective Sam Durkin, they find the ghost of a young woman and quickly move into action. Together they must scour the building for clues and try and piece together who the young woman is, learning enough about her to persuade her that she is dead and needs to move on.

So far, so Blackwell, but it is what happens after this that sets the plot of Epiphany in motion. Leaving the building, Rosa and Joey witness a murder. To their horror the soul of the dead man is torn apart in front of them, screaming all the while. With even the dead no longer safe Rosa and Joey must uncover the truth behind the awful act. Who did it? Why? How? 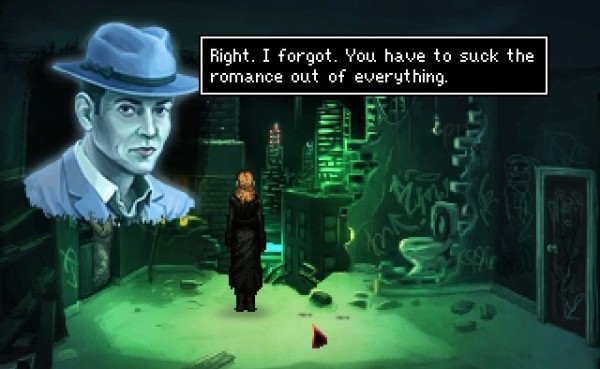 Epiphany is longer and bigger in scope than the previous Blackwell adventures, clocking in at approximately five hours and putting Rosa and Joey through events that are more emotional and more dangerous than ever before.  Although the same saving souls set up applies (and there’s a lot more of them than usual), there is more focus on the big picture, on tying up elements and threads from the previous games. If you haven’t played a Blackwell game before then don’t do yourself a disservice by starting here.

There are some slow patches here and there and one scene which for me telegraphed a significant reveal, but having watched Rosa and Joey develop over the course of the series it’s all  forgiveable. The game might not convert anyone who isn’t a fan of this kind of thing, but fans of the series will be delighted.

The Blackwell series and Wadjet Eye Games are known for their retro pixel art and Epiphany is no different. Whilst the backgrounds and menus retain a similar style, fans will note that Rosa and Joey’s close up portraits have continued to evolve, and that the backgrounds have a little more twinkle to them than before.

The settings have more dynamic detail, with swirling snow complemented by small touches that bring the city to life; neon signs flicker, cabs drift past and silhouettes move in distant windows.

The navigation screen is a beautiful rendition of the New York skyline and the locations are a diverse lot, taking in everything from a derelict apartment block to the slick interior of a member’s only gym- there’s even a quick trip back to the 1930s. 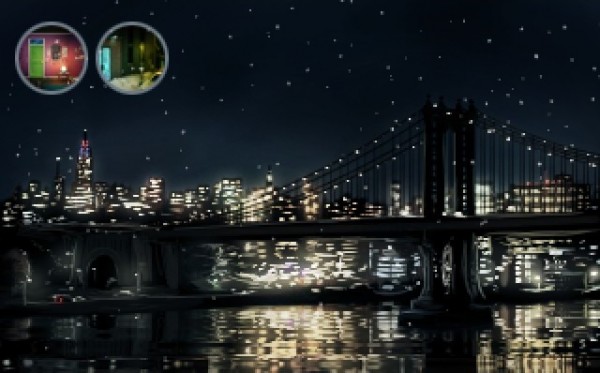 Blackwell isn’t running on a big budget but it certainly makes the most of what it’s got, with the main theme of the series and other snippets of music heightening the tension and emotion of the story. There are some atmospheric sound effects doing some subtle work and the voice acting is pretty decent throughout. Rosa doesn’t quite convey the emotion you would expect from some of the scenes, but the banter between her and Joey is still lovely to listen to.

My one bone to pick with the game’s presentation is a particular section where the screen rumbles every few seconds. Depending on how quick you are with the puzzles this can last anything from ten to twenty minutes, and trying to process highly pixelated art and text that’s jiggling up and down gave me a screamer of a headache, so beware if you ever have issues with shaky cam style stuff. It’s only one segment, but it’s a particularly significant one.

The final entry in Wadjet Eye’s signature series brings everything that fans would expect, but what’s unexpected is that everything is brought to an end so well. The puzzles aren’t anything to shout about and the plot does stretch the capacity of  a small budget release, but Rosa and Joey have always been the main draw and they get plenty of attention here. The Blackwell Epiphany is a great end to a gem of a series- fans will love it.