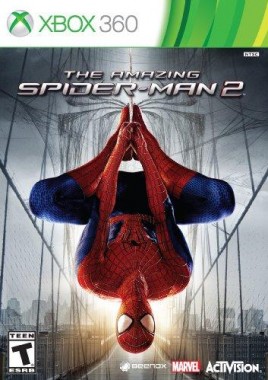 Overview
Seeing Spider-Man in the video game world is kind of like seeing that friend that you enjoy to be around – but only in doses. For years we have seen entry after entry – with mixed to great results. Beenox has now established themselves as a developer who knows what they are doing with Spidey, but like the others, have shown their shortcomings with certain aspects of the games. The Amazing Spider-Man 2 however seemed to be jam-packed – and even if it was just going to be an “ok” game, the large portion of fan service would have definitely brought it up a peg, right? How does this new installment fare in a world cluttered by the so-so licensed game? Let’s find out.

Story
To say that the plot in The Amazing Spider-Man 2 is crowded is putting it lightly. While we do get to see a lot of recreated scenes from the cinematic interpretation, the video game version goes a little further by adding plenty of sub-plots with other villains. By other, I mean a lot. You have Peter Parker, who is conflicted in his identity and consequence, who has to face his past and present as villain after villain gets chucked into the story just for the sake of it. We also have other appearances from The Black Cat, which furthers the narrative a bit, but doesn’t do enough to stomp out the overwhelming filler that runs wild for nearly the entire experience. 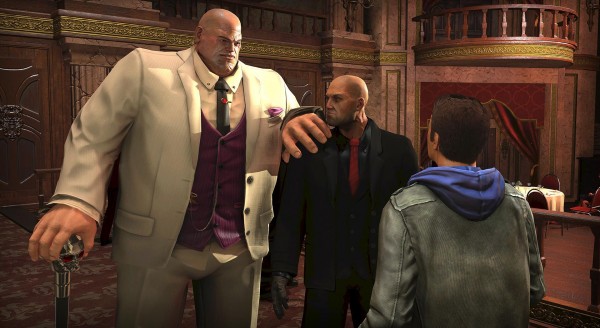 Even with a sub-par story, a new dialogue choice option was added in to make it feel like the decisions you make in conversations would have an effect on the overall plot. Sadly, this is just an illusion as all this does is randomize interrogations and lead to the same result every single time. Sure, there were times the plot gripped me and I was genuinely interested, but this title loses those moments of strength and substance quickly by taking you back to the same streets of Manhattan to do the same kind of crime fighting you were doing just minutes before, as you “fight the inner demons” – which by the way is just another invisible arrow telling you to do more of the tedious rescue missions. 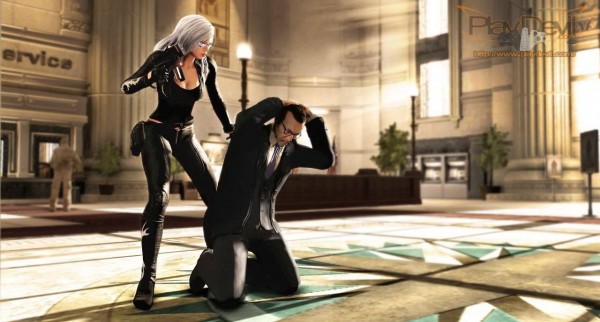 Another element of the narrative that is equally frustrating is the character of Peter Parker. You see, Peter loses Uncle Ben (that really isn’t a spoiler at all), and is rather shaken up. In fact, a good part of the first quarter of the game is consumed with his quest for vengeance. This would have been fine, but the game breaks the player’s emotional attachment to the situation constantly by allowing Peter to talk while swinging around the city. One moment, you will see a heartbroken Peter with his dear aunt, talking about the death, and not even a minute later, Peter is screaming out puns like an idiot as he explores the city. Its unfitting and a clear sign of a missing piece that was never formed by Beenox.

Gameplay
While the plot is a bit of a mess, the gameplay is much more together for the most part. The most important element in my eyes, which is swinging – has been completely retooled and feels more natural than ever before. By utilizing the left and right triggers, Spidey can now shoot web out of the corresponding limb. It sounds like a ho-hum addition, but in action the player now has much more control over their direction while in the air. The webbing itself also received an upgrade of sorts, no longer sticking to buildings and structures that are not there. This means that the player must stay low and get a better feel for the city, which definitely is an upgrade to to aimless floating feeling that The Amazing Spider-Man could never shake. The only downside to this is that the web still has issues with not sticking and sticking to nothing, but honestly – if you have momentum going and are just looking to glide and have fun, it really won’t make much of a difference. 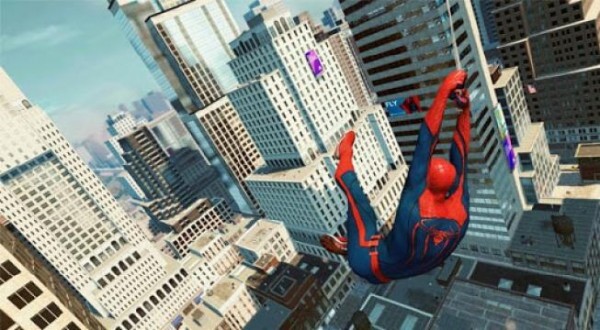 The combat comes off however as sloppy. Flipping around, dodging, and hitting some quick melees make you feel like the hero you are, but while in closed spaces, the camera has issues and makes it far more of a chore than it should be. I know Arkham Asylum was great, but so was Spider-Man 2 (and even 3) in terms of combat. We get a watered down, more acrobatic move-list that feels like it was tuned to resemble Arkham, and in turn lose out on a lot of older techniques, now being forced to rely on web pulls and other frustrating maneuvers due to the low move pool. There are upgrades to these attacks – along with the web mechanics, but they do little to fix the overall problem. The combat is just too jerky and unstable to enjoy. 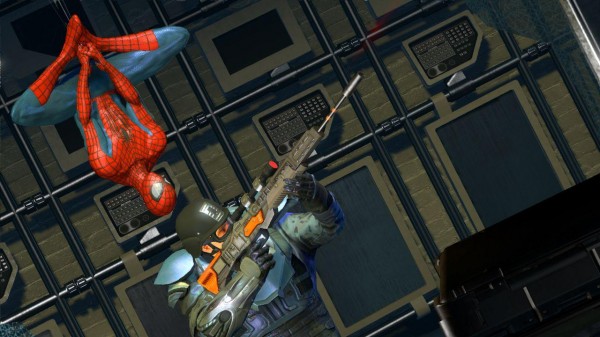 As I mentioned earlier, there are a ton of villains, which means a lot of boss battles are available for you to partake in. These fights are actually not that bad even though some border on being a quick-time event rather than an actual fight, but still come off as one of the game’s shining moments due to the quality shown compared to the lesser battles. Foes within the game are just not fun to do battle with. I’m talking the grunts that appear in the many, many missions located on the map, and even though the difficulty is not steep on these encounters, the AI is awful and I spent a lot of time chasing down men who were spinning in place and shooting at some random spot in the map. There is a heavy emphasis on participating in heroic acts during The Amazing Spider-Man 2, but with shaky camera angles and and a little too much recycling and padding, it can feel like your stuck in Groundhog Day, waiting for the next boss battle to come along just so you can get an escape. 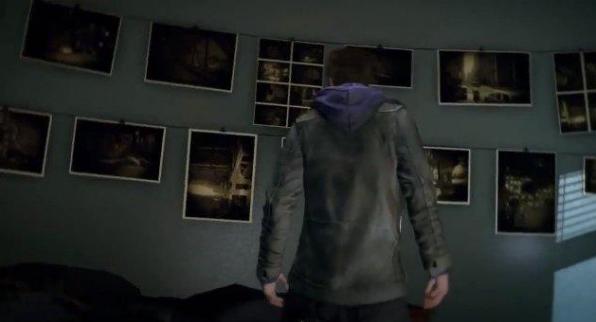 Peter Parker’s other profession is a photographer – and we finally get to see that expanded upon within the game itself this time around. During the build-up for a big encounter, the player will have to walk around powerless and snap photos. Its not very exciting, and there isn’t enough reward to warrant doing so – leading to yet another boring task that could have been more fulfilling with a little extra attention. That is the biggest flaw overall with The Amazing Spider-Man 2, really. No matter how hard it tries, the game never delivers a pay-off. Swinging is a blast and some missions are fun, but you can only swing for so long before you have to come down and re-enter the monotonous world build for us to play in.

Visuals
For a game that feels rather rushed, The Amazing Spider-Man 2 does deliver in the visual department for the most part. The scenery and lighting paint a beautiful picture of an active city. The models are a bit bland and expressionless, but the textures and animations of the cars down below make up for a lot of the shortcomings. The animations of the NPCs however are awkward and stiff, and being on the ground is a lesser experience because of it. We do get some nice suits and little offerings in visual nostalgia from time to time though, so those who are hardcore fans of the comics will probably find a lot of life in the game by just exploring and picking up items.

Audio
I remember some of the soundtrack for this game somewhat fondly as it isn’t terrible, it just tends to fade away into the background. This is mainly due to the dialogue of Peter Parker, which takes center stage while you’re out solo roaming the skies. The voice cast as a whole, Peter included, just come off as a bit bored, and dull. Its like they were handed scripts and told to finish reading in a day, and because of that, a good portion of the emotion and personality that we seen in past installments drifts away like a web in the wind. It is cool to hear people react to Spider-Man as he walks around, or to hear cars honk if you get to close, but those are minor additions that should not have come before something as major as the big picture itself.

Overall
The Amazing Spider-Man 2 is in no way a bad game. The gameplay is fun, and while the combat is clunky – it still gets the job done. It is however a very uninspired adventure, confused on if it wants to be a more arcade experience or tell us an unforgettable tale. You will always see critics reference Spider-Man 2: The Game in reviews for this franchise as it set the mark. It was an arcade adventure that was deep, rewarding, and still let you do what you want, when you wanted. There was a sense of freedom. The Amazing Spider-Man 2 fails at hitting that mark, as it feels rushed, even though you can see the foundation for a similar experience buried underneath the cobwebs. Spider-Man fans, you’ll still enjoy this game – as it still has some worthwhile elements that are fully function-able. Those looking for one of those cult classic, licensed titles however are going to have to wait and see the next project Beenox has in store, when more time can simply be offered to the development cycle.