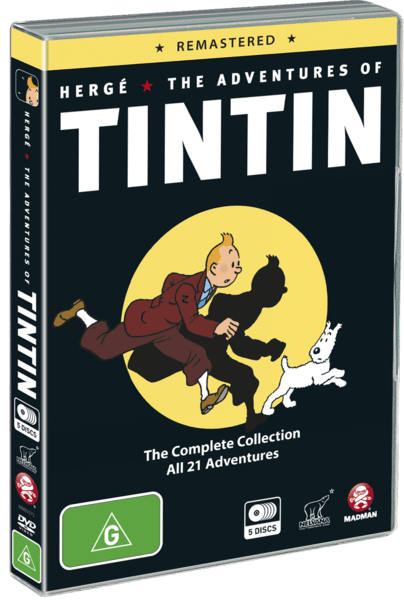 I have fond memories of being a young boy and coming home from school, sitting on the couch and watching the ABC until the nightly news came on. One of my favourite cartoons of this era, in fact it still is one of my favourtie, is The Adventures of Tintin. Now thanks to Madman, I can enjoy all 21 adventures in remastered high quality for years to come. 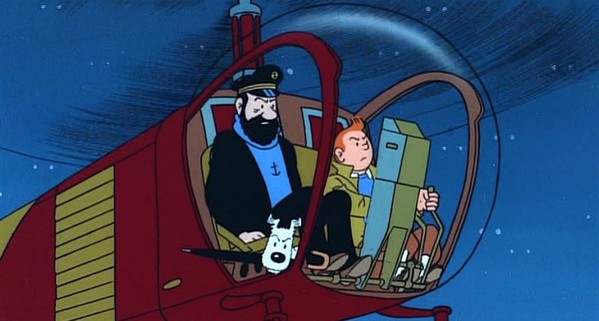 For those of you who don’t know, The Adventures of Tintin is a cartoon series based on the comics of artist Herge. The story follows a young reporter by the name of Tintin, who finds his way into adventures across the globe. The series, with the exception of a few comments and perhaps the first episode, doesn’t have much to do with reporting. Rather, Tintin is out to foil crooks across the globe due to his Boy Scout ethics. With his faithful dog Snowy by his side, Tintin makes new friends on the travels across the road. The captain on the Karaboudjan, Captain Haddock is the first to help Tintin on his adventures. Alongside somewhat minor characters, such as the Thomson twins and Professor Calculus, recurring villains pop up around the world – all of whom are far too familiar with our young friend Tintin.

To describe the stories in detail would be an act in futility. There are 21 adventures across the animated series, with often links bridging across episodes. Not to mention a cast of recurring characters and backstories to delve into. But, this is one of the things that make The Adventures of Tintin great and will keep you wanting to watch again and again. The stories all come in parts, which are played together to make a 40-minute story with a beginning and end. Sometimes, they will end with a bit of a cliffhanger such as in The Secret of the Unicorn, which continues the story in Red Rackham’s Treasure. The stories have all become classics in their own right thanks to the widespread publications of Herge’s work, and the animated series should be praised for their accurate adaptation of his work. 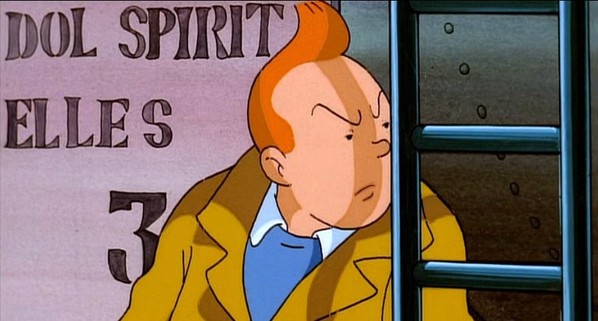 Herge has a unique style of drawing. The characters all have minimalistic features and often reuse facial expressions that perhaps aren’t the most emotive or fitting for the dialogue they are attempting to emphasis. Yet, this is the style Tintin fans have come to know and love. It has been what Tintin has looked like since the 1930’s, and luckily The Adventures of Tintin remastered collection continues this style. Of course remastered doesn’t mean redrawn, so the characters maintain their comic book style. The main difference to note would be the improvement in colour. Where as the original series, on both television and the original DVD releases, was a little washed out, the remastered version boasts a vivid range of colours – making a nice addition to any Tintin collection. 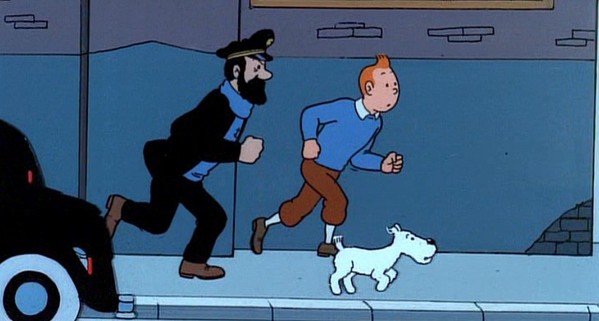 Theme songs are often an annoyance. I sit there clicking next until the button wears off when watching television series on DVD just so I don’t have to hear that annoying theme song one more time. Not Tintin though. Every time the DVD starts, or an episode starts, the theme song booms out of my speakers and I get excited for the on coming adventure. The music within the show is a little more subdued, yet perfectly fitting – mostly consisting of small pieces performed at ideal moments. A few times the theme song will emerge again to heighten tension and really push forward the sense of adventure. The sound of the remastered series seems to also be revamped to some degree, while maintaining the essence of the original animated series – such as same scores and voice acting. 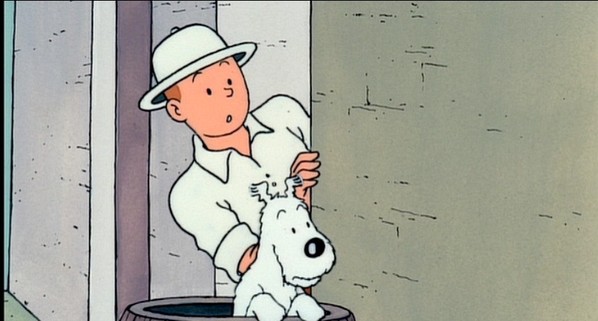 I was a little surprised about the lack of bonus content on this DVD collection. My original DVD box set of The Adventures of Tintin had very few special features, none of which were actually worth viewing. I was expecting a little more from a box set boasting to be ‘remastered’ but found myself disappointed. The one feature I did enjoy was the revamping of the DVD menu, which now includes a play all function, but seems to not allow you to choose between part one or two of the episode inside the scene selection function. I would have hoped for a little behind the scenes footage, or for some extra Tintin information – but maybe that will appear in the re-remastered version. 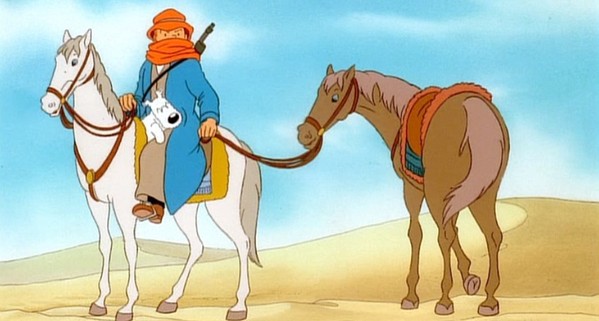 Everything about The Adventures of Tintin as a series is perfect. The stories, the way that Herge’s classic minimalistic style has been captured and not to mention that amazing theme song. What I take issue with here is the term ‘remastered’. Apart from a little boost to the audio and the revamping of the colour, there isn’t much different to The Adventures of Tintin remastered to the original DVD series that was released a while back. If you don’t own any of the animated adventures of Tintin, I implore you to purchase this remastered series. It’s cheaper and has a lot less packaging than the original box set (could be a con if you actually like box sets, but my shelf is full already!) and has been updated to a higher quality. However, if you’ve already invested your money in The Adventures of Tintin in another DVD format, perhaps this isn’t really worth the extra purchase. Alternately there is the Blu-Ray version of the series, which may actually be worth picking up if you believe Blu-Ray is the way of the future and will provide anything extra. In short, Tintin is Tintin and if you don’t have it, you should.