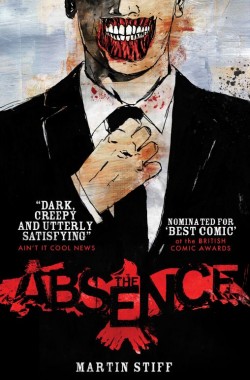 Sometimes comics aren’t just about these muscle-bound superhumans saving the world from an apocalyptic evil that threatens to devour all known life…sometimes there more subtle than that, sometimes they’re about intelligent and worldly human beings that are all searching for something greater than what it is they have now. Graphic Novels and Comic Books like “The Absence” take mystery and grab it with both hands, they cloud the audience with though-inducing dialogue which, in the end, leads us every closer to the characters we’re reading about. Written by Martin Stiff and nominated for the “Best Comic” award at last years British Comic Awards, thanks to Titan Comics I’ve been given the chance to review such a revered graphic novel, hopefully it holds up to all the hype that has surrounded it since its release. 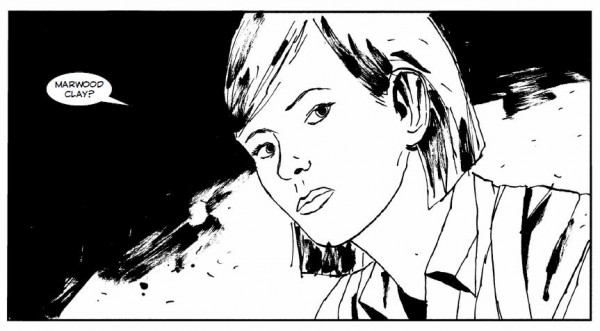 “The Absence” is a story that takes place many years ago just after the end of World War II and focuses on a small town with a strange aura. Marwood Clay left the town many years ago to join the military so that he, alongside thousands of other young men, could help protect his country. On one fateful day Marwood returns, the only man of his platoon to survive his military service and it seems as though he’s also the only man from the town to have gone to war and returned, though…not a hero. Robert Temple is an odd and eccentric man who has only just recently moved into the small town, throughout most of the story his strange house is being built and it is made known that this place of residence must be perfectly built but the audience…well, you’re not to know why until the very end. The focus is mostly on Marwood Clay and Robert Temple, both strange, both mysterious and both working to build something incredible. This graphic novel is entirely populated by feelings of confusion and mystery as well as small cases of anxiety here and there as you read on and begin to uncover the truth behind these two men. 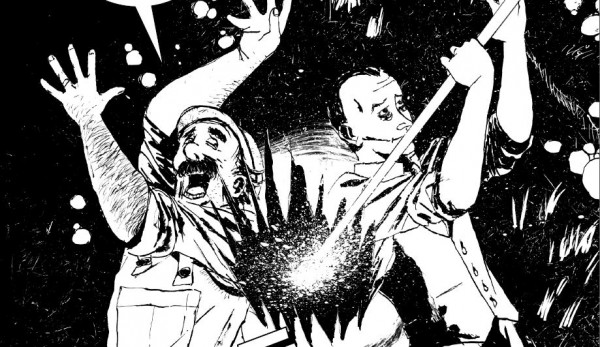 The most brilliant aspect of this comic in its entirety would have to be, without a doubt, its story. It hosts a level of intelligence that not many stories do and, despite its slow start, it keeps audiences intrigued all the way until the very end which is where the real magic happens. The good and bad thing about this comic is that the reader has to make it all the way through to the very end before they are ready to truly appreciate what has gone on throughout, that means you’re kept in the dark about so many things most of the way through but they’re all brought to light within the last 30 or 40 pages. As the story goes on, the characters develop both in good and bad ways, what made it work was that it wasn’t thrown at you nor was it forced upon you, it was all quite subtle and it’s only once you noticed it did you truly NOTICE it. Intelligence is a key word when referring to this graphic novel, the dialogue was well-written and it invoked thoughts within my head that not a lot of other comics could, I assume it would do the same for a lot of others. 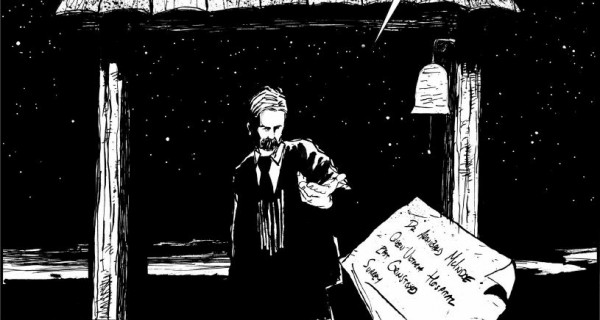 This is quite a dreaded topic for someone like me who happens to love illustrated work but I MUST be honest and unfortunetely being honest means that sometimes I have to sound cruel. The artwork within “The Absence” was…not good. I find it hard expanding on that point without my heart breaking in two but I must. It seems as though Martin Stiff has an incredibly gritty and rough style of drawing which is all good and well if executed properly, this I did not feel was the case for “The Absence”. I cannot say that I actually enjoyed certain scenes for their aesthetics alone, most were quite ugly and largely unimpressive. There was a great need for depth within scenes, simple stress lines or attention grabbing techniques could have been employed to allow for a more eye-catching display of art. Once again, I feel far too terrible for criticising ones art and don’t for a second think I’m calling Martin Stiff a terrible illustrator, that’s not the case, I just feel as though half of these panels looked more like sketches than actual finished pages. 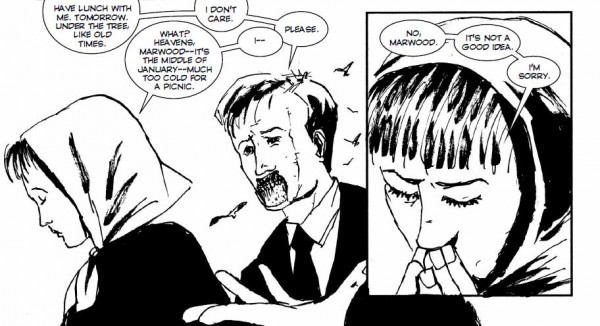 Most characters were ugly and half the time I actually couldn’t tell who was who until a name was mentioned. I can’t honestly say environments looked any better, some actually could have looked so much better but the level of grit within this type of art style really made it hard on the eyes. Lines didn’t seem entirely filled out, they looked almost like scratches rather than inked lines. What highlighted all this was the speech bubbles and sound effect lettering (like “boom” and “crash”); they were all so sharp! When the crisp speech bubbles and what not were placed directly next to or over the top of a hand drawing, it was clear that one was better than the other with the hand drawing seeming rushed. It’s so unfortunate and I’m sure a lot of other people absolutely love the art style for one reason or another but it just did not grab me in any way. The lack of colour also didn’t help though, looking at the drawing themselves, I really don’t think they would have.

I don’t fit into that group of people that consider “The Absence” to be comic book of the year. I loved the story through and through, and I actually took my time reading over dialogue so as to not miss anything but, at the end of the day, it’s not a perfect comic book or graphic novel unless the calibre of the visuals match that of the story. I stuck around with it because of the dialogue and the mystery, it drew me in and kept me there for what seemed like ages but I could not just get over the look of it. It’s like having a rusty, old car with an incredible motor and it’s something I could not get my head around. Though, at the end of the day, it is my opinion and my opinion alone, some of you out there may absolutely love it because of its visuals, to the rest of you I say; get it for the story, it will be worth it in the end.