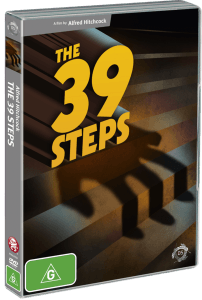 When I first told someone I was going to watch The 39 Steps, they were extremely excited because they had seen it before, and offered to watch the film again with me. Partway through watching, though, confusion set in: “This isn’t the one I’ve seen. Where’s Robert Powell?”

Truth is, The 39 Steps has had plenty of filmic adaptations over the years which are all loosely based on John Buchan’s suspense novel of the same name. Alfred Hitchcock’s 1935 film was to be the first of a string of films all involving Richard Hannay’s entanglement with the world of crime, and – although the suspense aspect isn’t perhaps as powerful now as in some of the later adaptations – still one which gives the audience a good old dose of that Hitchcockian suspense we’ve all grown to love.

The plot is so typical of crime and thriller films these days that audiences may end up shrugging a shoulder to it and writing it off as unoriginal without remembering that Hitchcock was one of the directors who used this narrative first. The film demonstrates Hitchcock’s flair for plot twists and suspenseful build-ups which have become so prevalent in his later films. 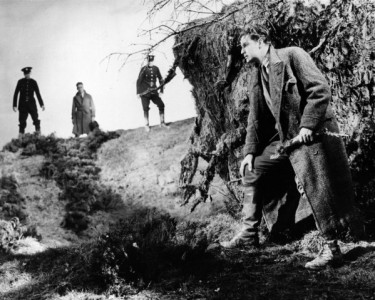 Hannay, hiding from the cops.

Richard Hannay (Robert Donat) is at the music hall melee and sees Mr. Memory (Wylie Watson), who memorises fifty new facts each day. In the middle of the show, a shot is fired and as everyone is leaving the theatre, a woman (Lucie Mannheim) asks Hannay if she can return home with him. When they arrive home, the woman, whose name is Annabelle) reveals that important information is on the loose and begs Hannay for help. However, when she is murdered in his apartment, Hannay is seen as a prime suspect and flees to Scotland where he meets Pamela (Madeleine Carroll) and recruits her in order to stop the information from being passed on and clear his name.

Hitchcock’s film was made during the lead-up to WWII, so it’s no wonder that the film has plenty of references to foreign spies and important information. The narrative can become confusing and unenjoyable (especially towards the end) if audiences don’t realise the context of the film, so there’s a little tip straight off the bat.

As I mentioned, the plot used in this film has become so commonplace in our cinema that it doesn’t seem as shocking or suspenseful anymore. The film does still lose a bit of lustre in our day and age and it definitely won’t be everyone’s cup of tea – the person I watched the film with actually found it boring because it didn’t involve ridiculous amounts of car chases and maniacal camera movements. With that being said, Hitchcock is still a genius at manipulating his audience and in The 39 Steps, as with any Hitchcock film, it’s almost impossible to guess the ending until it actually unravels before your eyes. 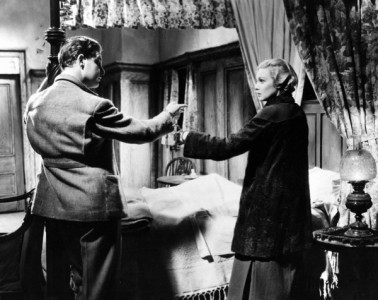 This isn’t as romantic as it looks…Hannay and Pamela are actually handcuffed together.

Hitchcock also inserts timeless humour in the film and it builds for a wonderful and enjoyable experience where you are laughing one minute, and enthralled in a chase the next. It’s here that the seeds of his comedy-thriller genre are sown, and any fan of Hitchcock ought to appreciate the early beginnings of his suspenseful and witty filmmaking.

In Hitchcock’s earlier films, characters do not generally tend to be overly complex because the focus is on the narrative and their involvement, as opposed to their psyche. The characters in this film are much like the plot: archetypal but engaging.

Richard Hannay is the witty, likeable protagonist who finds himself caught in a situation which is less than desirable. He has speedy reactions to danger and can keep a cool head, but at the same time he will constantly make quips at the people he comes across even when he is in a sticky situation. We never learn much about Hannay’s background but it’s really unnecessary because I found that I liked him just as he was. The female protagonist, Pamela, is also quite likeable as Hitchcock’s archetypal fiesty female character, but something about the way she was included in the plot made her less than memorable. In fact, she often seemed to take a back seat to Hannay as women do in classic films and I’m not sure the plot would have really been missing something had she not been there. 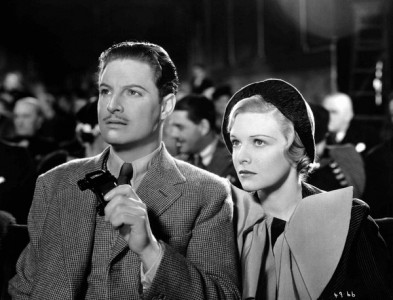 The main protagonists, Hannay and Pamela.

Both characters are portrayed well, and Donat in particular gave a great performance as the leading man. Another commendable performance was made by Wylie Watson, the man who played Mr. Memory. While the side characters are often forgotten in these films, the Mr. Memory leaves a mark not only on the narrative but on the audience as well. I did find that aside from Hannay and Pamela, he was the one I remembered and liked the most.

For a film made in 1935, The 39 Steps is still great to watch visually. Hitchcock was not only the master of suspense, but also – in my eyes – the master of the spectacle.

For starters, Hannay just looks like someone who belongs in a crime-thriller film. The way he is dressed and his makeup (the make-up is exceptionally obvious) all contribute to this detective-esque manner. Throw him together with a police chase against the backdrop of a rocky waterfall in Scotland, and he looks like he was plucked straight from Buchan’s book. The rest of the costuming and set design brings together a world that is far more sophisticated and realistic than many others of the same era, which really shows off Hitchcock’s flair for special effects: there is one point when Hannay has climbed on to the outside of the train and is holding on for dear life as the train crosses a bridge, and the effects look almost exactly the same as its counterpart scene in the 1978 film. 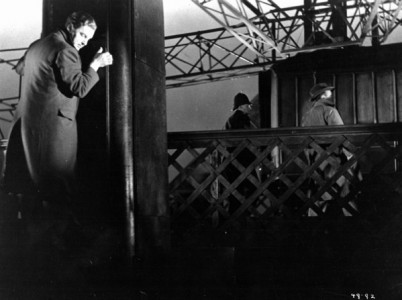 Hannay hiding from the police…told you the special effects were great for their time.

As with any other older film, however, the sound is not as great as it could be. At times it becomes difficult to distinguish what each person is saying (thank goodness the DVD comes with subtitles), and sound effects like gunshots are just not realistic enough to give a convincing portrayal. Thankfully, the narrative doesn’t revolve around a consistent use of sound effects and the audio is satisfactory enough to not take away too much from the overall effect of the film.

One of the more interesting extras which is included with the DVD is ‘On Location’, a featurette with Robert Powell (star of the 1978 adaptation) on the locations used in three versions of the film, The 39 Steps. It’s a great comparison of the three films and their locations, and is a unique extra which makes this DVD stand out. In fact, upon watching this featurette I was suddenly inclined to watch the 1978 film as well – perhaps a double feature would be a great idea in the future.

The essay by Brian McFarlane on the film is also a great read – yes, yes, the word ‘essay’ is boring but the content is not – and provides plenty of insight into Hitchcock’s novel-to-film adaptations (most of his films are actually based on novels, including his famous film Vertigo) and the greater themes of the film. It’s not a lengthy essay, and – true to the Director’s Suite form of Madman – comes in a nice booklet in the DVD which is a nice bonus for all us Hitchcockian buffs out there.

The DVD also comes with the complete 1937 radio broadcast of the Lux Radio Theatre’s adaptation of the film. The broadcast can get dull after a while since we live in a society which demands images, but it’s nice to have there and this extra works a treat when scavenging around for gifts for a dad. uncle, or grandfather’s birthday. Also, the DVD comes with audio commentary from the University of Melbourne’s film lecturer, Dr Wendy Haslem, but it does take a lot of patience to watch the film again with commentary.

The 39 Steps itself is a great film, but what makes this DVD even better are the extras. The Director’s Suite series is known to provide tons of bonuses that heighten the experience and effects of the film and this may be one of the best. This film is definitely one of Hitchcock’s great early works – after all, it didn’t get ranked by the BFI as one of the top five great British films of all time for nothing – and should be watched by anyone who likes suspense thrillers, British films, or Hitchcock.