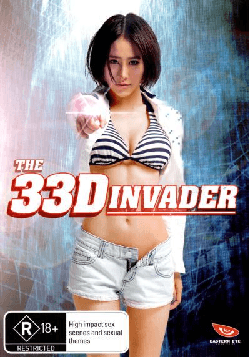 Overview:
The 33D Invader aims to be a comedic, sex-filled romp with a dash of science fiction action because why not? The film has an international cast that contains leads from China, Japan and Taiwan and was released on October 6th 2011 in Honk Kong. Only translated relatively recently to feature a range of languages including English, Cantonese and Mandarin sub-titles, The 33D Invader can now be watched and (hopefully) enjoyed internationally. Does the movie do enough to be worth your time or is it a mere time-waster for a lazy afternoon? Well, it turns out to be neither.

Story:
The 33D Invader starts off with some amount of promise. Three guys fighting over a telescope to get the best view of the local female inhabitants. And when they actually interact with them, they fall pretty flat on their face. Okay then, this is going to be one of those comedies where the guys chase the girls and attempt various schemes to go out with them. Fair enough. But then after the first five minutes you realize it is something entirely different. 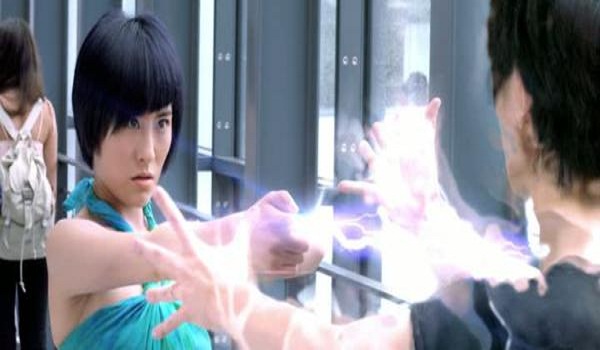 Right on five minutes you cue the appearance of Future, a weird futuristic (inventive name right?) girl from the year 2046. Apparently at that time an alien race has rendered the majority of the male population infertile and so of course it’s her job to venture back in time and make sure the human race can continue. How does she do this you ask? Well obviously it involves sleeping with a lot of guys; because for some reason doing that in the past will help the people in the future? Don’t worry too much about following the storyline as it pretty much falls to pieces with any last vestiges of quality right when Future originally appears. After she’s successfully been around a few of the guys in the dorm she appeared in, elite naked assassins from the future (you just can’t make this stuff up) come to put a stop to her party.

These assassins although alien, appear in the shape of humans (probably not to put too much of a strain on the budget) and are basically tasked with hunting down Future and raping her, because that will make her infertile herself. Yep, that’s the whole set-up.

Seriously just try not to think too hard about what you’re watching and just wince you’re way through the whole affair. It doesn’t get any better.

Visual:
The entire film seems to be captured through a lens coated in sleaze and oil. Things get blurry on the edges of the screen, colors distort annoyingly any attempt at immersion is broken when camera angles just stare at walls instead of the character, showing how world the movie has been edited together. And with a focus on the female body rather than on any “performance” by the actors involved, the visual side of things just doesn’t properly add up. 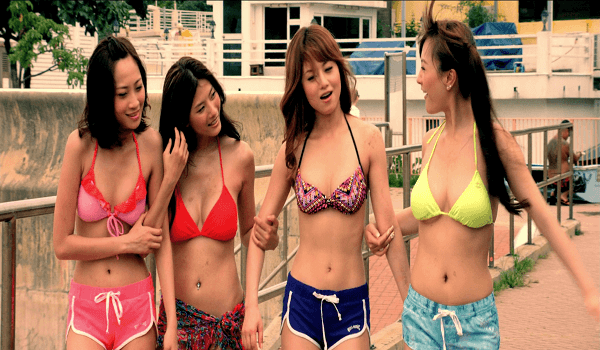 There is a pretty cool freeze frame effect on the first three male characters we meet where time will slow and their face will be framed on a yellow background with their name residing just beside (think Borderlands 2 character introductions). But this cool effect is ditched straight after we meet the three and every character from then on is introduced in regular movie style, which unfortunately just doesn’t work with the poor writing and bad acting given by every single cast member.

Audio:
The audio quality of The 33D Invader is also honestly pretty lackluster. The entire movie is spoken in Chinese with English subtitles for those not particularly versed in the language, but the subtitles themselves are pretty spotty. At times they work completely as intended, obviously showing what’s being said word-for-word and line-for-line but other times it just seems like they were forgotten about. One example is when a character would speak for twenty seconds straight and then after he finished the subtitle “Okay let’s do it,” would appear somewhat guiltily at the bottom of the screen. Obviously he said more than four words, but it seems that whoever wrote them just couldn’t be bothered typing every word out. This wouldn’t be such a terrible thing if it only happened once or twice, but consistently throughout the movie this same thing would occur over and over again in the same scene. Which just puts the already wafer thin plot in complete disorganization for any who don’t speak fluent Chinese. 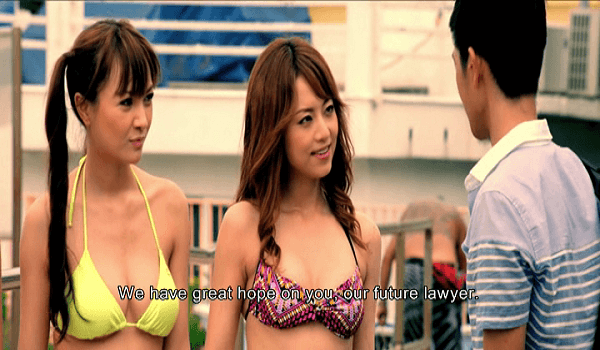 Sound effects are the dollar a dozen variety that you’ll find in any B Grade movie which decides to presumably spend its budget on less desirable pursuits. While voices themselves sound fine for the most part, things like the alien noises and just the entire soundtrack in general are just abysmal to listen to.

Overall:
The 33D Invader is a movie you just plain want to steer clear from. It has no sense of taste or pacing, or even restraint in the more sexual encounters. The story is a patchy affair of sleazy camera angles and what seems to be little more than a fantasy driven script with less thought than a teenage dream. The numerous plot holes and lackluster visual style add up to a total mess of a movie.

The 33D Invader is the kind of movie that even the most lewd and tasteless will want to stay well clear from. With absolutely no redeeming qualities that I can honestly name, there are far more great movies that I can simply recommend off-hand. Steer away from this film even if it’s in the bargain bin, because there is a real reason it’s in there.