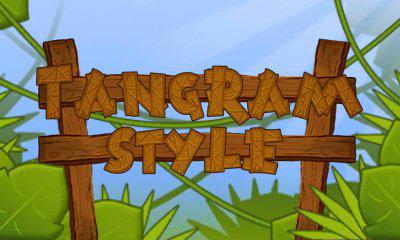 Chinese tangram puzzles have been entertaining people of all ages for centuries, and as simple as their premise is, its easy to see why. Just fit seven shapes into an empty board to complete an image. Its as simple as that. Tangram Style is a game that tries to make an effective romp on the 3DS eShop. The question is, does this formula have enough depth behind it to warrant a purchase, or is there just not enough meat on the bone? Let’s find out.

If I could describe Tangram Style in one word, it would be basic. Yeah, that might scare some off right away – but that does not mean that it is a bad game. The whole concept is one that carries over into all four modes. Flip pieces to make them fit in order to complete a picture of sorts. Whether it be a bird, boat, or bunny, that concept never really changes, as the player is tested in a relaxing environment where the stakes are rather low when it comes to stress. 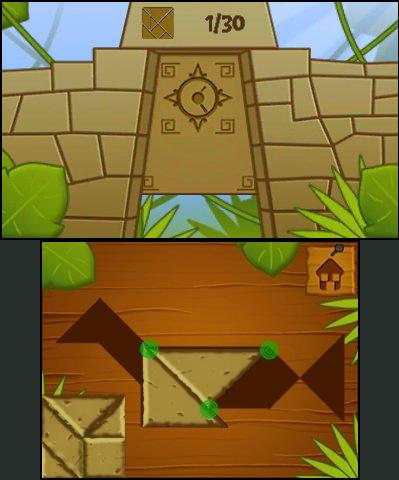 As players move their pieces to complete the tangram, they will notice that a red outline underneath means that particular shape does not fit, while green is good to go in terms of placement. Spinning pieces is easy with the touchscreen, and even though a picture may look like its coming together, one wrong placement can lead to a complete re-do, which means that finishing these little puzzles comes with satisfaction and a bit of frustration – depending on one’s patience level.

The four modes feature minor differences to keep the player coming back. Classic is your standard, non-rushed fare, while child mode colors the pieces to make the game much easier for beginners. One Touch Mode locks a placed shape in as soon as your stylus finishes fiddling, adding some extra meat behind the ordeal, while Challenge mode itself offers a test of time where the player tries to flip their little heart out in order to complete as many tangram puzzles as possible before the timer goes off. Completing puzzles leads to totems being obtained, which in turn reward the player with more puzzles. There is over 600 puzzles in all, so as you can tell – this title definitely is a full package when it comes to delivering the ancient puzzles to the consumer. 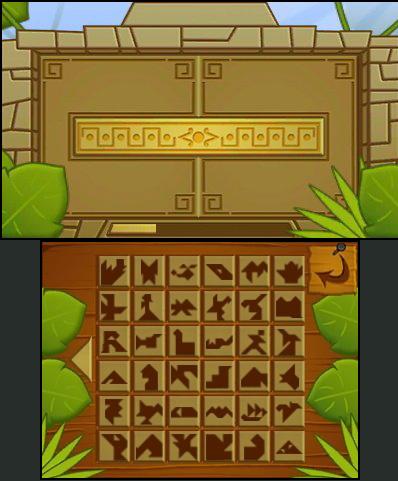 With that said, there is only so much you can really do in Tangram Style before the appeal wears off. Its kind of like purchasing a crossword book. Sure, there are hundreds of puzzles to complete, but once you get sick of the formula, it is time to take a break. The attempts at creating an illusion that this title is something more than tangram puzzles is there and I must give the developer credit for the large amount of puzzles, but this genre is niche for a reason and will come as a very acquired taste for most.

Much like the game itself, the graphics in Tangram Style are also rather standard fare. Now I have seen similar games on the iOS and eShop that are rough around the edges, but for a 3DS title – everything has a nice coat of polish and even a unique theme to keep the game visually interesting. Sure, that only goes go far, but when it comes to covering the basics, Tangram Style at least keeps itself together well enough to feel like a nicely put-together product. 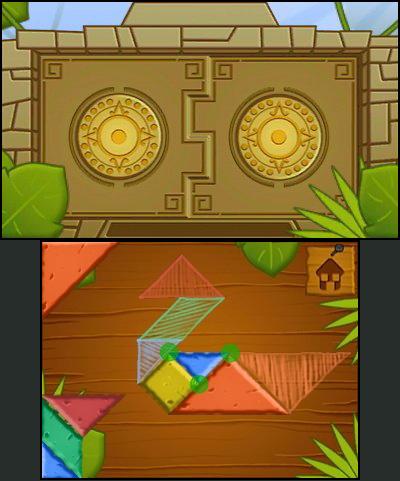 The audio is…well…crickets. Each puzzle has the same track of “nature” themed sound effects, which are just crickets chirping until the tangram is complete. Sure, it can be relaxing, but for the challenge mode, I would have rather seen a different clip used to create some intensity of sorts. Like I said, that nature theme is represented by the chirps, but those chirps also represent boredom, which is something that does sadly occur once the player has had enough shape flipping for the day. I don’t know if fresh audio tracks would have changed this, but they certainly couldn’t have hurt.

Tangram Style is a very tough game to review in many ways as it walks in the grey area, playing it safe in almost every way possible. Yeah, it does nothing wrong from a technical standpoint – but doesn’t really do anything to set itself apart from similar titles in the genre. Everything is extremely basic – and while there are a good number of puzzles to be solved, there is no magnetism present to keep the player involved for long periods at a time. Sure, Tangram Style knocks it out of the park when it comes to the offerings of Tangram, but the whole “Style” aspect is missing – making for one solid, yet very bare-bones package.