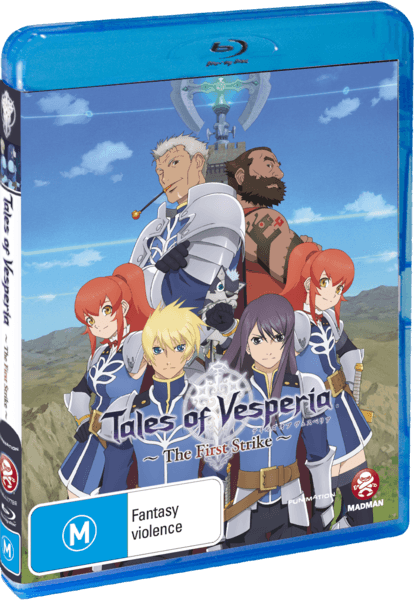 The Tales of franchise is an incredibly large one that has been published by Namco (and later Namco Bandai) for years. The latest entry, Tales of Vesperia was launched on the Xbox 360 and Playstation 3 formats and has gathered an incredibly large fanbase for this entry alone.

Of course, in this review, we’ll be looking at the Anime movie that (I believe) takes place before the events of the games. The movie shows us a lot about the world lore and issues and really allows us to get to know the characters from the games in a much more relaxing format.

Does the Anime do the game justice though? I wouldn’t know, I haven’t played the games. But after watching the movie, I kind of want to.

Tales of Vesperia ~The First Strike~ follows a small band of knights as they have to deal with the daily defence of their town against seemingly more and more aggressive monster attacks. The group eventually starts to research the cause of these events which culminates in them raiding a dungeon and fighting even stronger monsters. 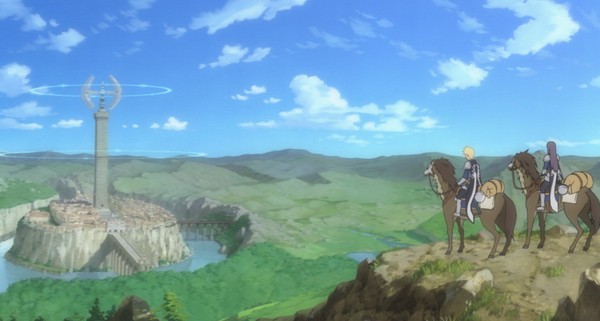 One thing that I noticed early on with the story was that it really felt like I was watching somebody play an RPG, rather than actually watching a movie. The first thing that made me think this was a scene early on where the main characters are pretty much forced into doing guard duty for their superior. What reinforced this even further was that the leader than took the time to talk to every single villager in the town. This to me felt like the opening quest to nearly every Role Playing Game that I have played.

I feel that having that connection to the games by having something that felt gamey only strengthened the movie, at least for me anyway. I really don’t like it when a game adaptation strives to be it’s own thing, which often leads to the detriment of the franchise.

The overall progression of the story also felt similar to that of a video game. For instance, as I already stated, the main characters are made to do a simple task at the beginning of the film, but these tasks get more and more complex as the arc advances. For example, there is an exploration based quest, there’s a quest where the party fights a tough monster for the first time and there is even the mandatory dungeon crawl. Heck, the main characters even ended up with a powerful weapon (albeit not obtained from a treasure chest) as a reward for completing the dungeon. So yeah, the progression in this film is very gamey. And as a gamer, I loved it. 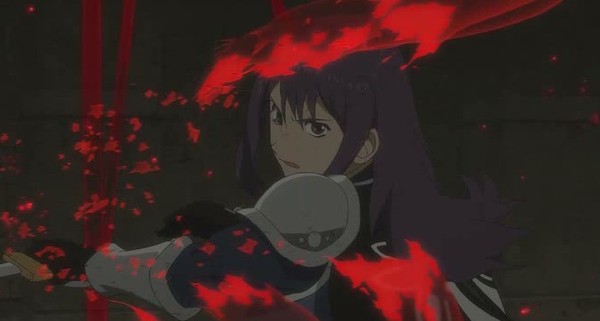 So overall, fans of the Vesperia game(s) will absolutely love the story in this film, as will fans of RPG games in general. However, it is unlikely that people who are not interested in these things will find this too engaging; but there is a massive overlap between gamers and otaku, so the people that will disappointed in this are unlikely to want to pick this up in the first place.

If you have a Blu-ray player, I would definitely recommend getting this movie as a Blu-ray disc. There are so many moments in this film where the visuals are just vibrant as magic. In particular, this is when certain characters cast a spell or when there is some kind of magical effect happening. This paragraph may make the others parts of the visuals seem bland, but this is really the strongest visual point.

I haven’t quite played the game for this franchise, so I can only go off screenshots and artwork for reference when I say this. But it seems like everything in this movie is following the aesthetics of the games quite well. I’m not a big enough fan to notice any discrepancies, but I don’t think anyone that is will really complain all too much. 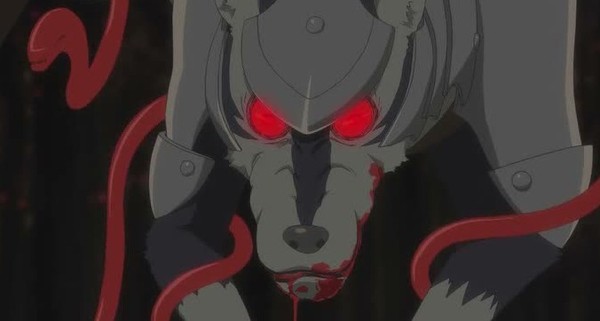 What I really liked about the visuals in this was how a lot of the monsters were realised. Generally speaking, when you’ve been playing games and watching anime for as long as I have, you kind of expect a certain thing to look a certain way. This was something cool with this film, because I’m not familiar with the source, all of the monsters looked and felt really unique and interesting. For example, there is this one monster that absorbs a bunch of dogs and looks incredibly awesome.

Overall the visuals in Tales of Vesperia ~The First Strike~ are pretty cool and I doubt anyone will be disappointed. I think that they captured the world quite well and fit the theme nicely.

I’m not entirely sure if this movie features an entirely original soundtrack or it features one that is lifted from the video games. However, it does do an amazing job of conveying what is happening on screen to the person at home watching. 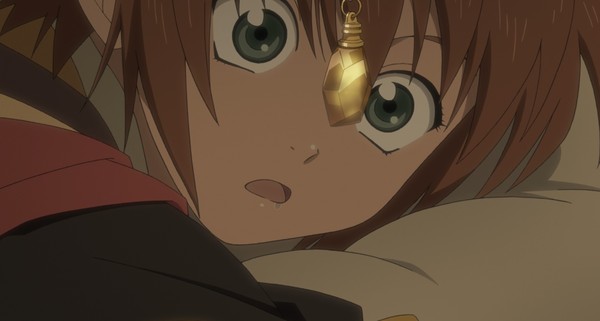 I can’t really comment on the audio quality negatively, except that I had to turn my speakers up much louder than usual to have the film be as audible as other films. However, this is a minor gripe as the audio quality is excellent and every aspect of the audio was incredibly well done. I have no complaints, so short audio section is short.

Tales of Vesperia ~The First Strike~ has a pretty decent selection of extras. What you’ll first notice about these is if you open up the case, you’ll see some nice artwork behind the disc-popper thingy that is quite cool.

The Picture Sound special feature is a collection of artwork that is panned through whilst a selection of background music is played. It is quite soothing and the artwork is actually quite nice to look at.

There’s also a Promotional Footage segment, which has  8 minutes of trailers for the movie. It showcases a bunch of cool scenes from the film to promote it.

There is also the U.S trailer and a bunch of trailers. This is pretty standard for an Anime release these days.

Tales of Vesperia ~The First Strike~ is a remarkably nice package that fans of both Anime and the RPG series will enjoy. It has an amazing focus on visuals and the story is very reminiscent of a video game. I absolutely loved it and I think you will too.