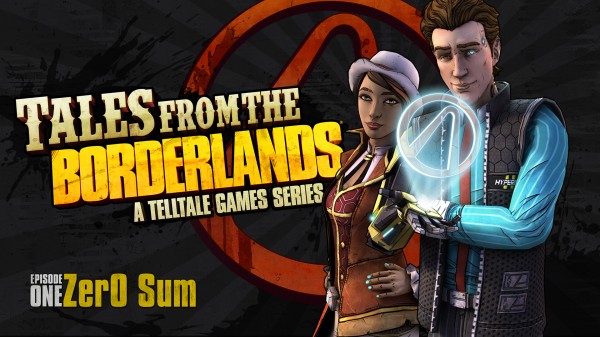 Overview
Telltale Games has made a name for themselves over the last few years by adapting comic book series such as The Walking Dead and Fables into episodic video games. As such when it was announced that they would be working on an episodic Borderlands game, many people wondered how they would manage to take a brand known for its crazy powers and firefights and tell a story with their own unique spin. Well, now that the first episode of Tales from the Borderlands has been released, is Zer0 Sum worth downloading?

Story
What makes Tales from the Borderlands interesting right off the bat is that this time around, the story is being told through two different characters that come from a far different upbringing and situation. The first protagonist is named Rhys, a man working in management up on Hyperion’s base of operations Helios. 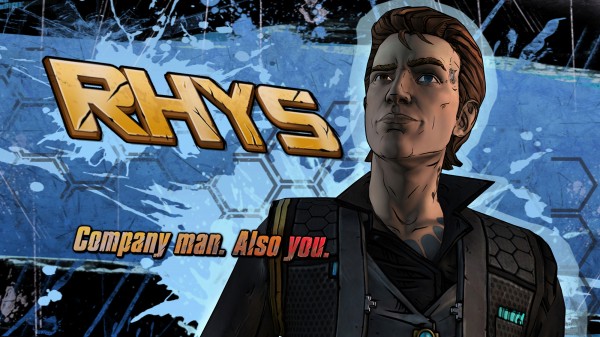 With the story taking place three years after Handsome Jack’s death, Rhys has managed to make his way up near the top of the company with the help of a few close friends and he now sports a cybernetic arm as well as an implanted “Echo Eye” that allows him to scan objects and people for information.

The other character is a woman who has survived as a petty thief on the world of Pandora. Fiona has always tried to scrape by without drawing much ire from the world and thanks to her wit as well as her helpful sister, she has managed to escape many dangerous situations without even firing a shot. 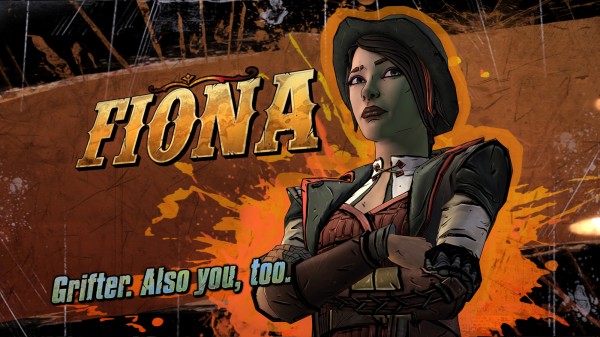 After a hostile takeover of a position he was aiming for and a pitiful demotion, Rhys travels to Pandora in order to take revenge on one of his co-workers by stealing an extremely valuable deal. Little does he know that Fiona has her own hand in this deal. The interesting aspect of Tales from the Borderlands is how the narrative swaps between Rhys and Fiona as the two meet up, are separated, and have to work together despite how hostile they are towards one another.

The idea that the story so far is being told through a flashback by these two unscrupulous characters may be a bit strange but it does help create a narrative that fits perfectly with Borderlands’ style of humor. There are many moments where it is clear that one of the characters is embellishing the facts to make their side of the story sound more epic only to be called out on their lies shortly after. 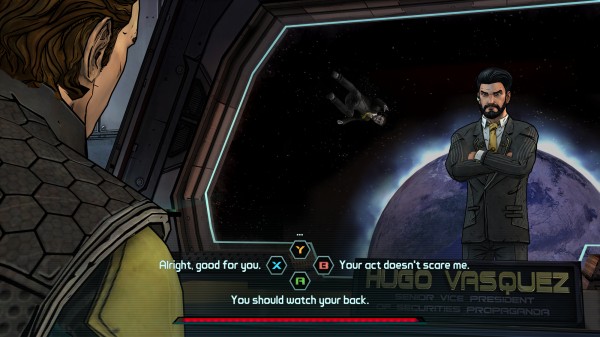 In fact the writing has been handled extremely well so far as Zer0 Sum has managed to capture the comedy that many Borderlands fans enjoy. In fact, thanks to the condensed nature and the feel that nothing is forced, Zer0 Sum might be the funniest part of the Borderlands series to date. Almost every joke and reference hits the mark which is quite an accomplishment as Borderlands 2 featured plenty of groan inducing terrible jokes.

From what we have seen so far in Tales from the Borderlands: Zer0 Sum, Telltale Games has managed to craft an interesting narrative that sees players interacting with familiar looking enemies and of course a certain titular character all while trying to talk their way out of situations. Of course when everything goes south, there is plenty of violence and action to help pad out the events.

Gameplay
Anyone familiar with how Telltale Games handles their titles recently will not find a whole lot of surprises here. Players will spend their time mostly watching characters walk around and talk on their own while selecting dialogue choices from time to time, some of which may have effects on certain aspects of the game. When they aren’t watching people talk, they will either be exploring an area looking around for clues or taking part in quick time events during the interactive cutscenes. 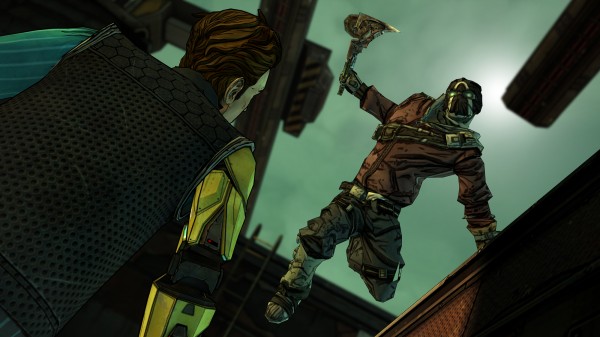 A few things that have been added this time around are Rhys’ aforementioned Echo Eye which allows players to scan the area for extra tidbits of information. While this information is not needed, it is a nice touch that allows players to get a few extra laughs from self-referential information. Fiona on the other hand has a money system which is a bit rough around the edges.

Throughout Fiona’s side of the story she can obtain some small amounts of cash which can be used either to help bribe your way through a situation or later on a fancy looking piece of equipment. This system is a bit strange as it really doesn’t seem to have any point at the moment other than to give players an extra mechanic to work with. Especially since the only difference the most expensive piece of equipment makes is to give players a slightly smaller challenge later on in the episode.

Currently Tales from the Borderlands: Zer0 Sum also makes a poor choice of giving the player much in the way of choice. While some small things are noted down, almost everything you choose to do, including whether or not to save a single shot pistol Fiona receives at the beginning of her story, seems to boil down to nothing as the outcome remains the same. In fact, one moment where the player may be able to determine a specific event happening, it only turns out to be an extra bit of embellishment that is quickly squashed. 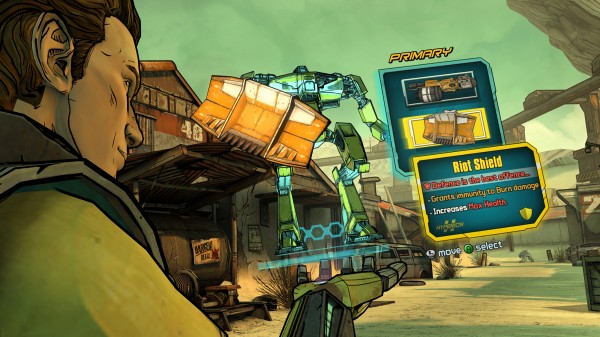 It is also worth noting that there is very little in the way of exploration this time around as nearly everything unfolds either through quick time event action scenes or in dialogue sequences. There is the very simple task of searching for an item with Rhys and choosing what type of weapons you want to put on his Loader. Meanwhile Fiona only has a minor memory game with no real consequences attached to it.

Visuals & Audio
Thanks to the bright comic book nature that Borderlands already made its own, Telltale’s standard set of character designs look like they fit in perfectly with the world. The new characters have a unique enough look to them and the returning enemies we see are all exactly how Borderlands fans will remember. There are plenty of action sequences to be had and these hold up well, though I did notice that most of the characters in the game suffered from a strange issue where their pupils would constantly vibrate in their eyes as they speak.

The voice work features a fitting cast of characters, including a certain celebrity that I will leave unnamed for now while the soundtrack features tunes that would fit in perfectly with the main Borderlands games.

Overall
Tales from the Borderlands: Zer0 Sum is off to a great start here. There are a few strange choices made as far as currency and the lack of puzzles and exploration in the game, but otherwise everything fans of either Borderlands or Telltale Games could want is in here. The writing remains consistently funny throughout the story of the unlikely duo we find ourselves following in a narrative that fits perfectly with everything we know about the planet Pandora and the people that live on it.