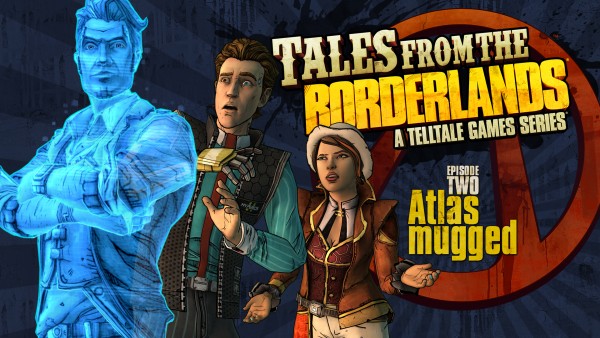 Overview
The idea of creating an episodic adventure game from a series best known for its humor and wide variety of strange situations punctuated with heavy firepower from a variety of weapons seemed like a daunting but interesting task and Telltale Games proved they were up to the challenge when they released the first episode of Tales from the Borderlands. Then the let the single episode stew for four months leaving fans eager for news about when the story would continue and now that it has in Tales from the Borderlands: Atlas Mugged, how are the nefarious duo fairing?

Story
Now it should go without saying but those who have yet to play Tales from the Borderlands: Zer0 Sum should do so before reading on since we will avoid spoiling critical events from this episode; events that took place in the previous episode will be mentioned. Anyways, Tales from the Borderlands: Atlas Mugged immediately makes a joke about how long of a wait there was between episodes which is a plus and then resumes the story from where we left off. 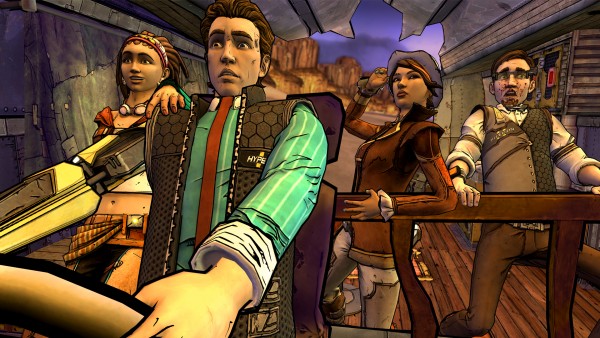 Rhys, a Hyperion executive looking for a chance to screw over his new boss and make a name for himself, and Fiona, a con artist from Pandora trying to make money to get her little sister and herself off the dangerous planet, had just survived a ridiculously danger encounter with bandits and Zer0 and have stumbled upon a piece of unknown but extremely valuable seeming Atlus technology. Of course at the same time, Handsome Jack, the likable antagonist from Borderlands 2 appears before Rhys like an AI hologram.

Throughout Tales from the Borderlands: Atlas Mugged we continue to see a story told by Fiona and Rhys as they narrate their own parts of the story as they talk to an unknown person holding the two prisoner and thanks to this, players are able to see every element of the story even when the two protagonists and their respective partners are separated and then reunited once again before the episode ends. This kind of set up is fairly predictable but works extremely well as it allows players to not only see how these characters interact when they are apart from the flimsy partnership that Rhys and Fiona have and how they end up interacting when everyone is together. 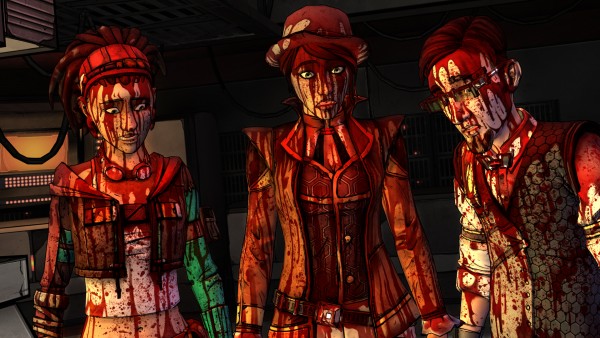 This means that players can make everything seem like things are fine between the pair by selecting various dialogue choices, including an important choice that is described so heavily that it breaks the fourth wall, though whether this type of loyalty will end up meaning anything in the end between these two is yet to be seen. What is seen however are a number of simple choices, including a new elemental upgrade to Fiona’s single-shot derringer featuring corrosive, shock, and incendiary elements that appear to only have one use, meaning which element you choose to shoot may play a factor in later parts of the game, especially with how important certain elements are depending on the situation.

While the actual choices and the results of said choices, except for on who to trust at a certain point, don’t seem to have much of a role at this point, what Tales from the Borderlands continues to exhibit is incredible comedic writing. Anyone who is a fan of the Borderlands brand of humor will continue to find more enjoyable moments throughout Atlus Mugged and many of these laughs come from situations that are completely unpredictable. 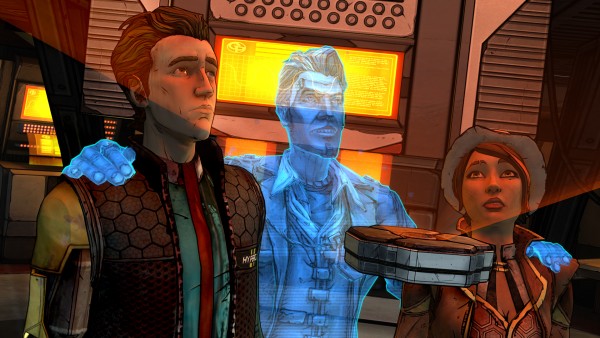 The character that does end up stealing the show, at least whenever he appears, is Handsome Jack as his holographic style form, dialogue, and interactions with Rhys are a major highlight and with plenty of secrets still up in the air, a returning character from Pre-Sequel in the form of Athena hot on the Rhys and Fiona’s tails, it will be interesting to see where Telltale will go from here as Tales from the Borderlands: Atlas Mugged is an assurance that the company has a solid hold on what makes the series so enjoyable.

Gameplay
As far as the gameplay aspect of this episode is concerned; fans of Telltale Games should continue to expect the same type of elements that usual titles have, walking around a few areas while examining objects and talking to characters, selecting dialogue choices, and completing small quick time events during action sequences. An extremely basic puzzle is included with this episode though it is as easy as they come. 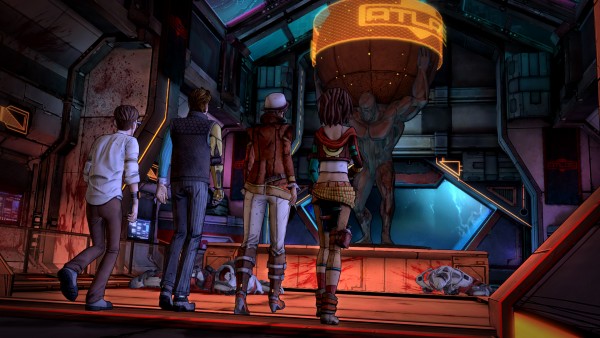 Most of what was available in the first episode returns in Atlus Mugged as players will continue to have the use of Rhys’ Echo Eye, which has now been slightly enhanced, to read humorous factoids when it is available and Fiona’s ever growing bundle of cash can be used for various purposes, though this episode only seems to allow players to use money for a very basic reason that appears to have no effect at the moment and while this does help establish some differences between the two characters, money continues to play an extremely basic role.

Visuals & Audio
Telltale continues to take the bright colors and interesting designs from Borderlands and make them their own in Atlus Mugged with the comic style looking characters providing a perfect backdrop to most of the darker humor and action packed sequences found throughout the episode. The newly introduced characters have fitting appearances while the returning characters of Athena and a familiar vendor blend well with Telltale’s signature style. 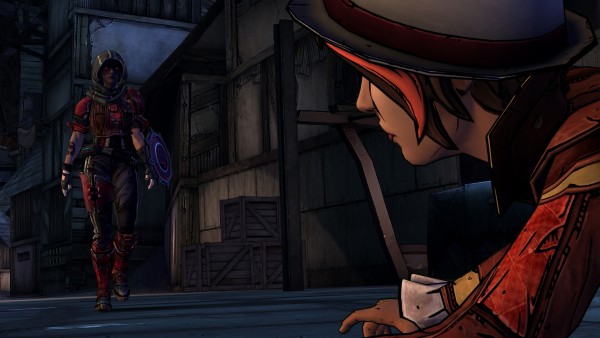 As for the soundtrack, the developers have made excellent use of music throughout the game, especially shortly into the episode and as the credits run. The voice actors also play a major role in making sure that all of the jokes are delivered on point and thanks to their performances and skillful writing it comes together flawlessly.

Overall
Despite having a strong start, there was lingering doubt that a series like Borderlands would transfer well into Telltale’s game style but Tales from the Borderlands: Atlas Mugged can put those doubts to rest. While many decisions at this point are made with no clear consequences or knowledge, Atlus Mugged’s continues Tales from the Borderlands’ engaging and humorous storyline in a successful manner that fans should definitely pick up. Let’s just hope that we won’t have to wait so long to see what will happen next.